Episodes 9 and 10 of tvN’s “Flower of Evil” embody the meme of Elmo when he stands with his hands in the air with flames burning gallantly behind him. Chaos ensues for both Cha Ji Won (Moon Chae Won) and Baek Hee Sung (Lee Joon Gi) as they navigate their marriage and try and find Do Min Seok’s (Choi Byung Mo) accomplice before the truth of his identity comes to light. While it’s mostly filled with angst and despair, viewers can’t help but bask in it. Moon Chae Won and Lee Joon Gi deliver flawless performances, and their chemistry oozes in every scene they share. Here are the things we loved and hated about the new episodes.

Warning: spoilers for the new episodes below.

The biggest debate between the characters every week is if Hee Sung is capable of feeling emotions. After being diagnosed with an anti-social personality disorder when he was young, Hee Sung has adamantly believed that he is incapable of feeling emotion. When marital problems arise, Hee Sung quickly calls a meeting with Kim Mu Jin (Seo Hyun Woo) and Do Hae Soo (Jang Hee Jin). He admits that Ji Won told him she doesn’t love him anymore, and he doesn’t know how to fix it. While they try and figure out a solution, Hae Soo admits that Ji Won must be precious to Hee Sung. Of course, Hee Sung tries to brush it off but Hae Soo persists.

The scenes between the Do siblings are always so heartwarming. It’s clear that Hae Soo understands her brother the most and can tell what he’s feeling even if he can’t. When she admits that Ji Won must be precious to him, viewers’ hearts can only melt. After she finishes explaining what she means, Hee Sung doesn’t make any other comment. Even if he doesn’t believe it fully yet, some part of him must know that he does in fact love his family.

LOVED: The “I miss you” scene

The most gut-wrenching scene this week is definitely when Ji Won confronts Hee Sung and tells him she wants to end their marriage because she has fallen out of love. Seriously, talk about a knife through the heart. However, as the serial murder case continues, she finds herself torn between her feelings. She admits to herself with tears that she misses Hee Sung and later on repeats these thoughts out loud to him over the phone after realizing he’s in danger.

This scene is awesome for so many reasons. Ji Won recognizing that Hee Sung is in danger is impressive. She’s very quick-witted, and instead of freaking out, she takes control of the situation. The way Hee Sung effortlessly goes along with her request proves how great they work together. Then, of course, viewers will love the part where she admits that she misses him. When she crushed all of Hee Sung’s dreams earlier in the episode, it really seemed like there was no hope for their relationship. However, it’s clear that she wants to give him one last chance. It is such a tender scene, and it builds up nicely to their park scene where Ji Won dawns on the realization that she was all he ever had.

K-dramas have had some pretty awesome pairings this year, and these two are definitely shaping up to be one of the best.

Is there anything better than a protective big sister? Tired of sitting around and being guilt-ridden that her brother has taken the fall for her past actions, Hae Soo decides to set the record straight. She has an emotional phone call with Ji Won where she admits that Hyun Soo is not the killer. While she doesn’t admit that she was the killer, she promises to tell Ji Won all of the details once she finishes what she has to do. 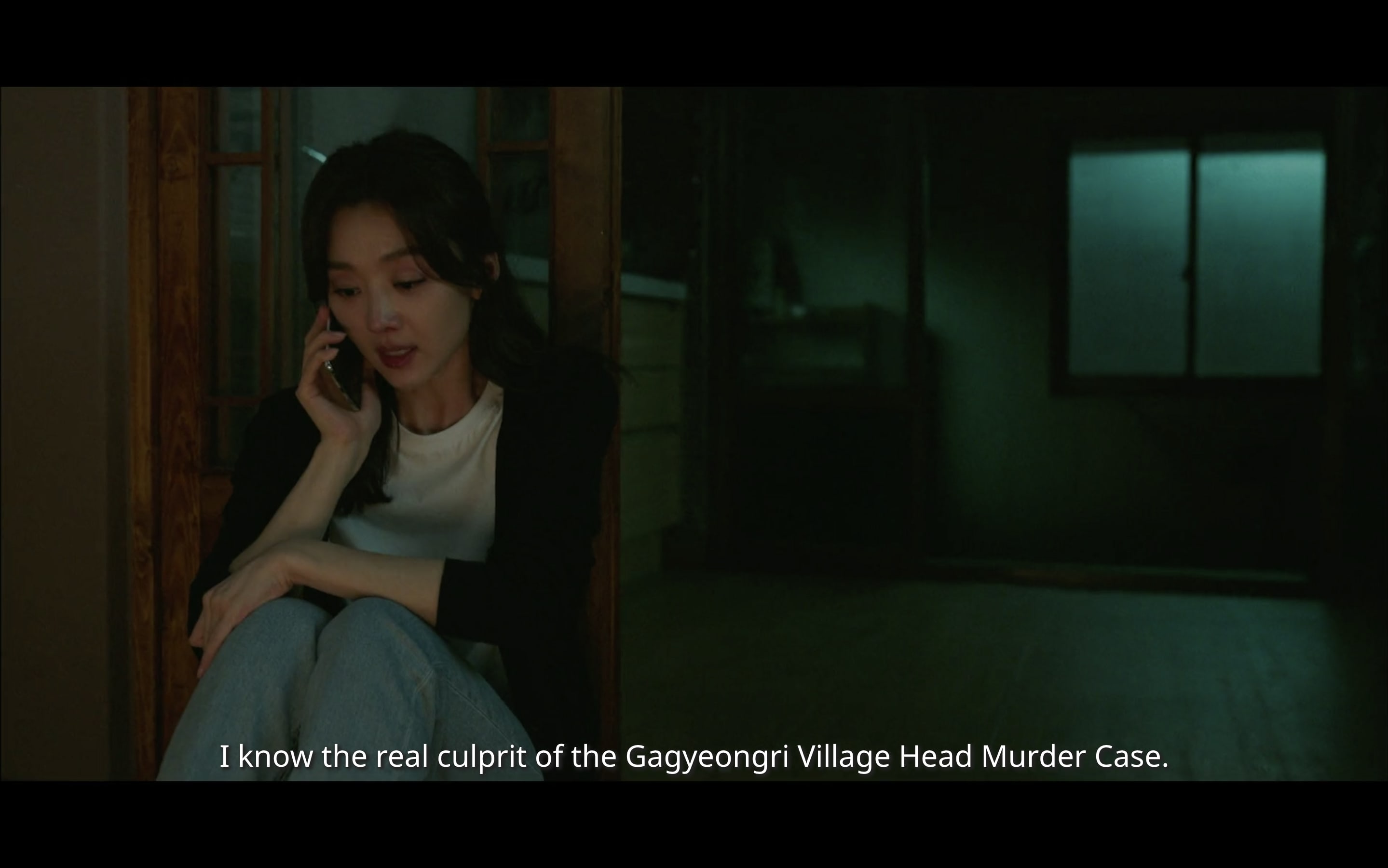 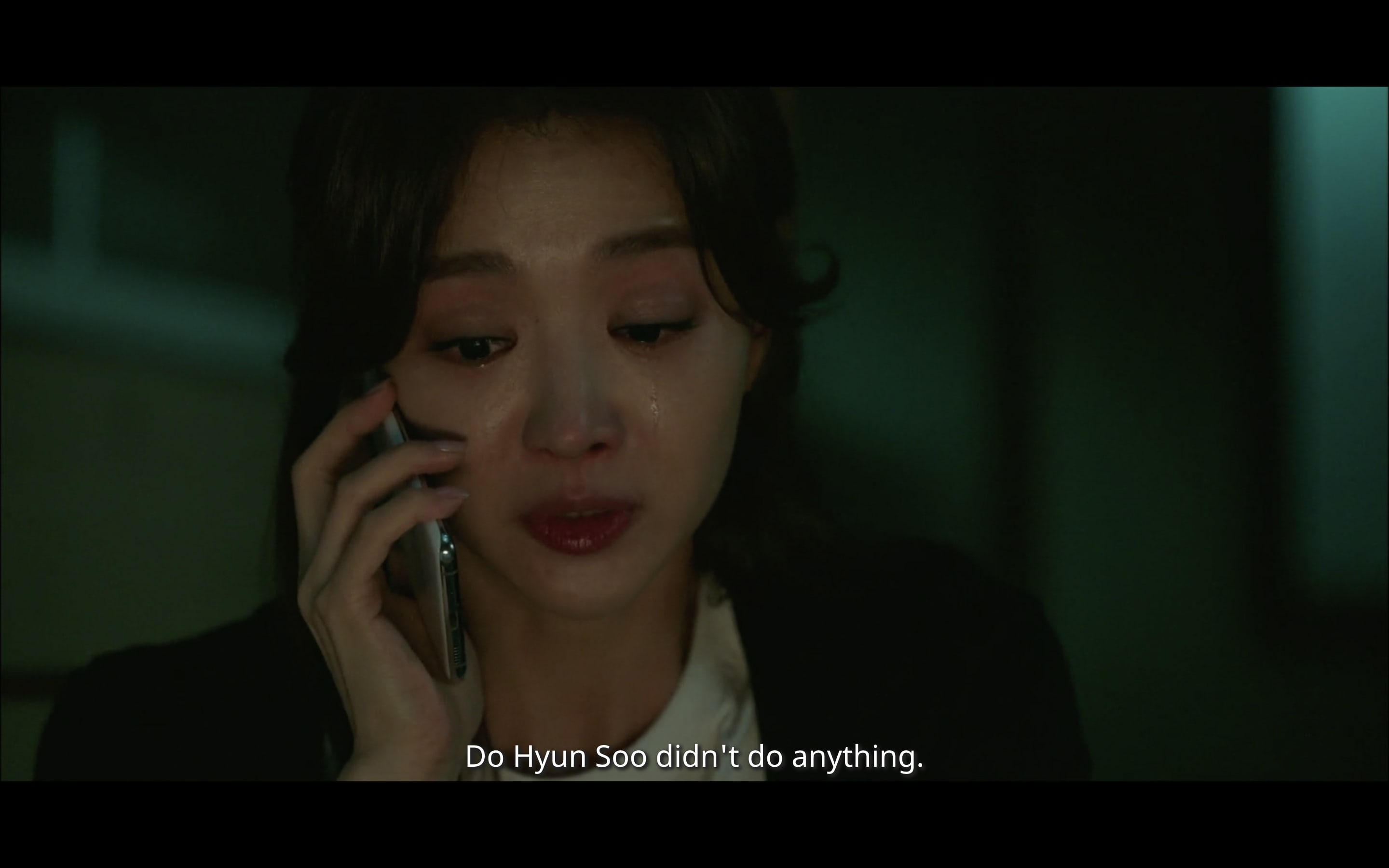 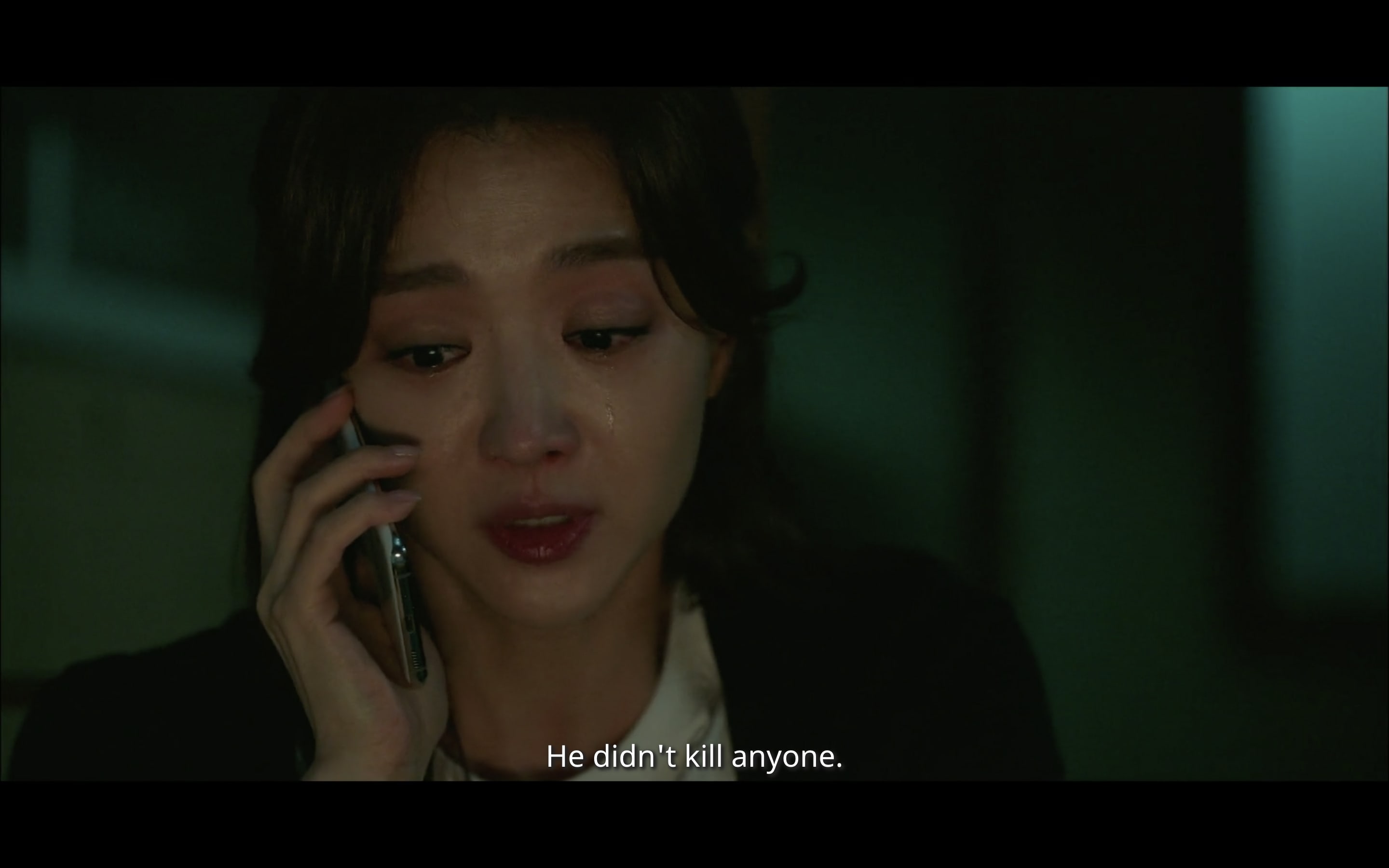 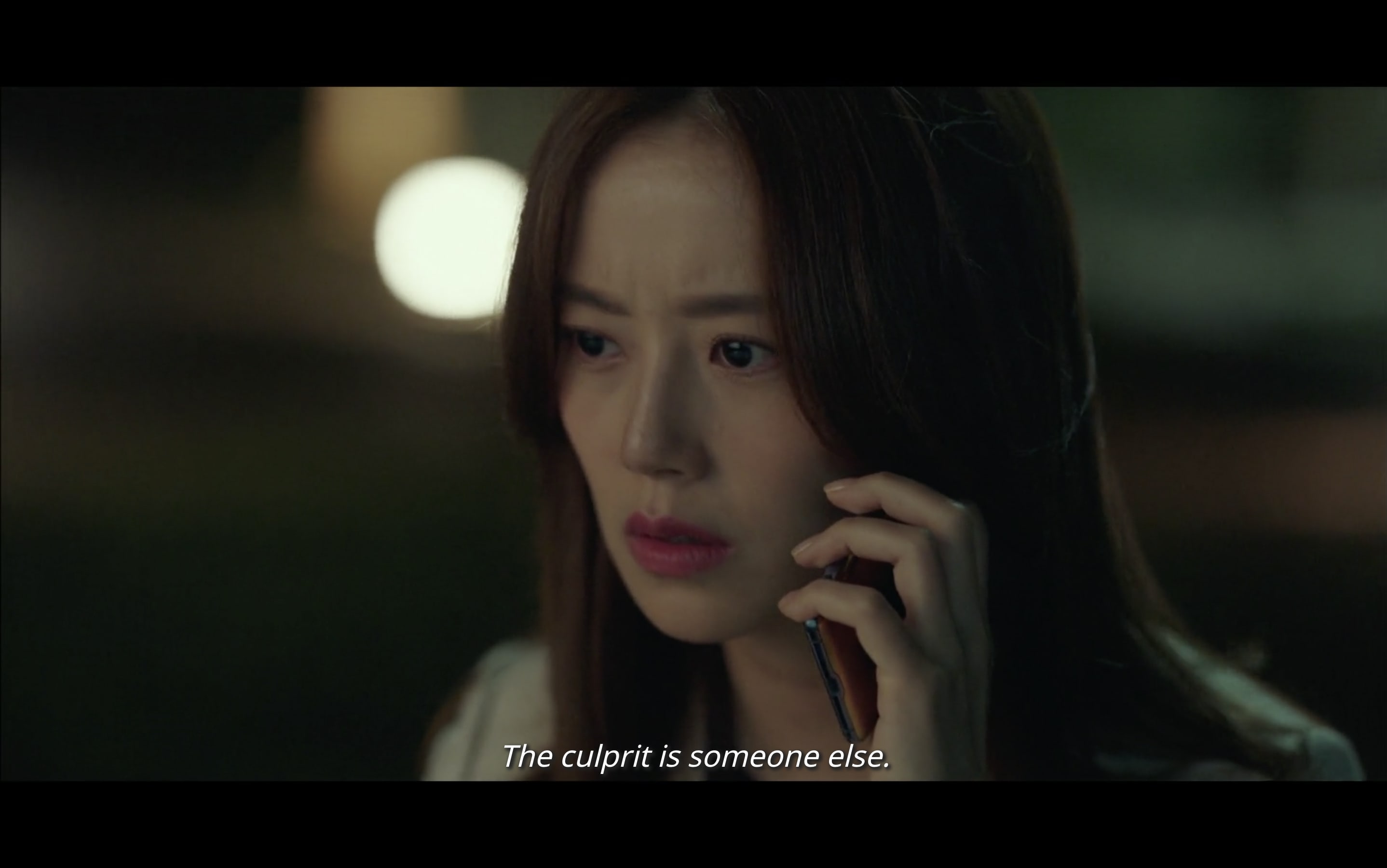 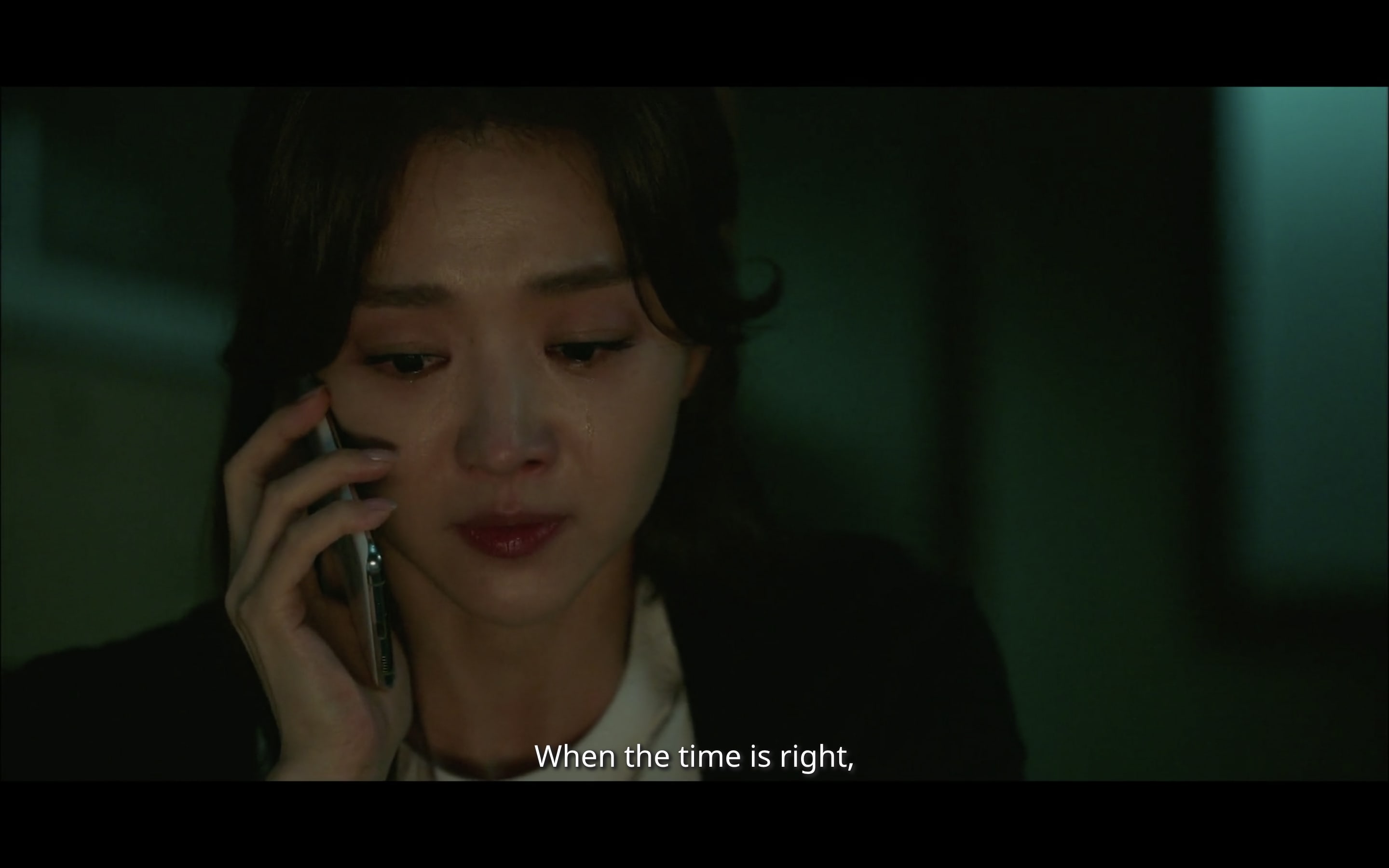 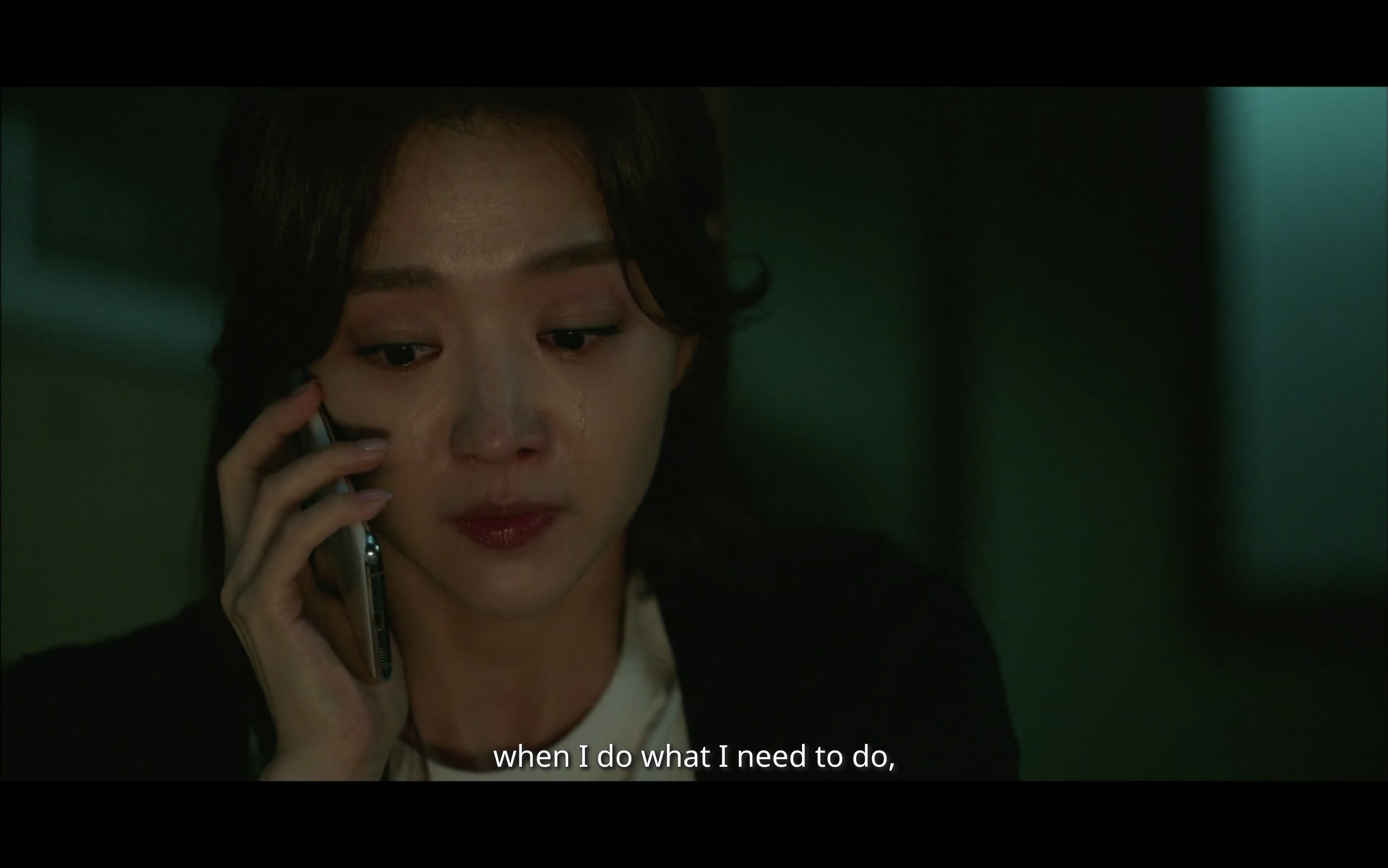 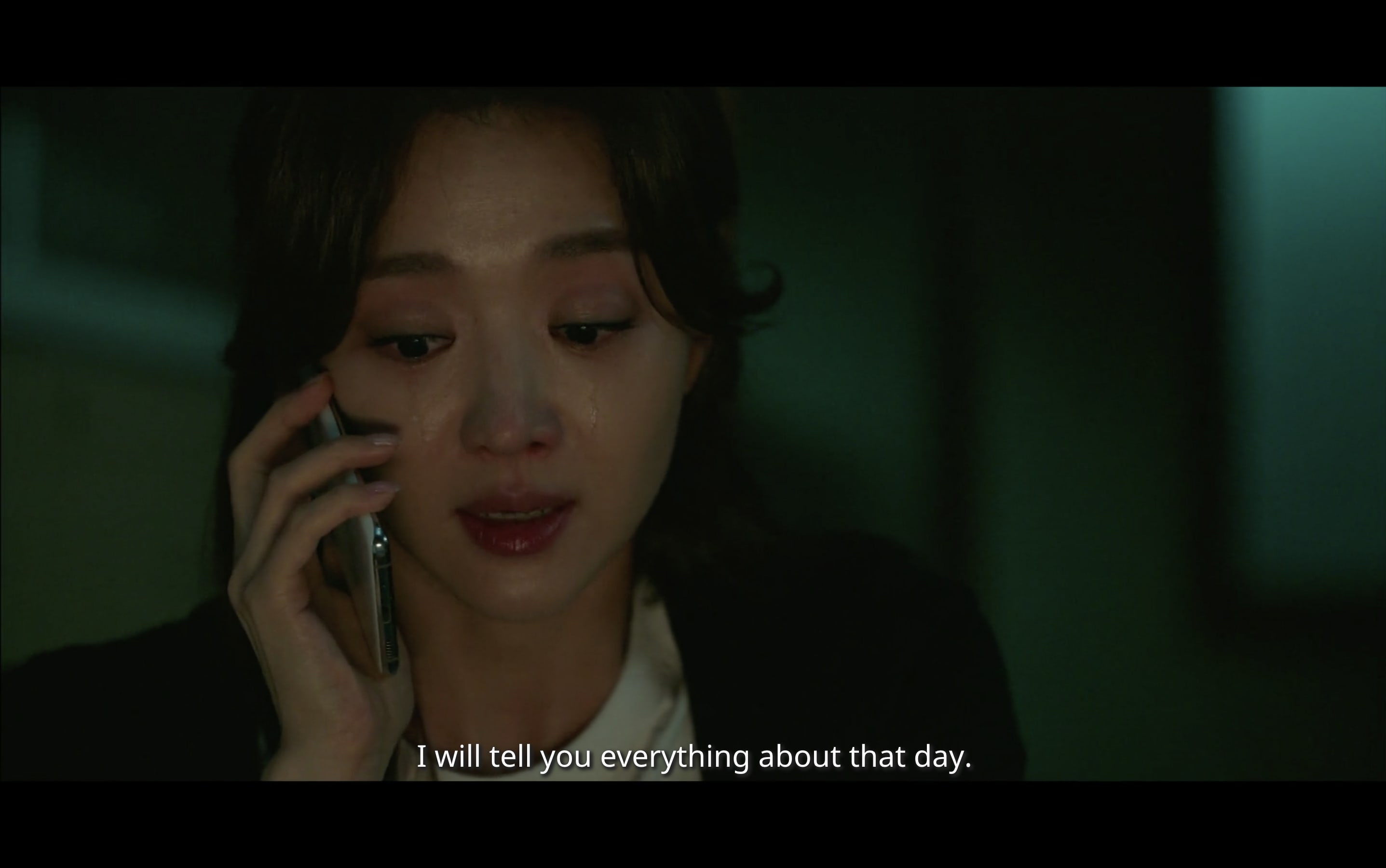 Hae Soo is such a strong and resilient character. She has been through so much, and one can only imagine all of the emotions she has dealt with over the years. It’s awesome that she is taking control of her narrative in her own way. Instead of just sitting idly by, she wants to make things right for her brother. Not only does this help Hyun Soo, but it also gives her an opportunity for some healing. She wants to make things right on her own terms, and this was the first step to doing so.

Miscommunication is a popular trope for angst in K-dramas, and it has been undeniably agonizing in the past few weeks of “Flower of Evil.” Although Ji Won has known the truth about her husband, she has not made it known, and Hee Sung has made no move to come clean to her. However, all of that changes when Ji Won calls Hee Sung with Hyun Soo’s number. She asks him about the cassette tape and eventually tells him to stay safe during the raid of the human trafficking ring. After she hangs up, Hee Sung has the sudden realization that she called around the time she promised to call him earlier when they spoke on the phone as husband and wife.

Did anyone else jump for joy or sigh deeply in relief at this scene? Finally, finally, all of their cards are on the table. While it wasn’t said with many words, this changes their dynamic completely. From this point forward, no matter how things turn out, they have to be working together in some capacity. Hyun Soo now knows that Ji Won accepts him completely. Judging from the promo for episode 11, their angst period won’t be ending any time soon, but it’s exhilarating to know that their deep support and mutual love for each other will shine through. Moon Chae Won and Lee Joon Gi’s chemistry truly shines in this scene ,and you can feel how deeply the characters love each other.

HATED: Baek Man Woo promising to give Ji Won and Eun Ha to his real son

Baek Man Woo (Son Jong Hak) proves to be the shadiest character in the show. Since we know from previous episodes that murder isn’t above him, his conversation with the real Baek Hee Sung (Kim Ji Hoon) is downright chilling. When the real Hee Sung inquires about the man who took over his life and his current physical condition, Man Woo promises him that he can have a fairytale ending. 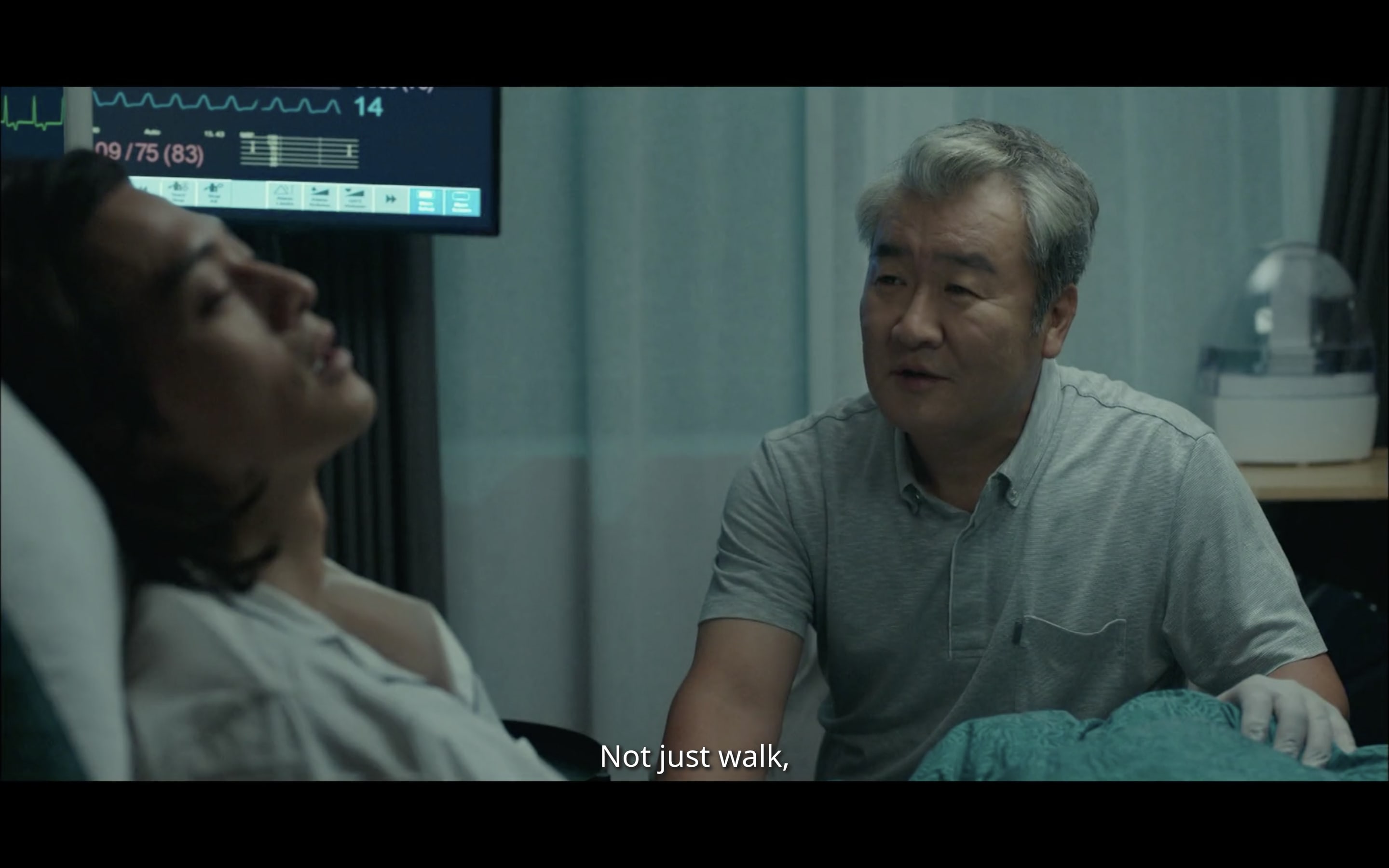 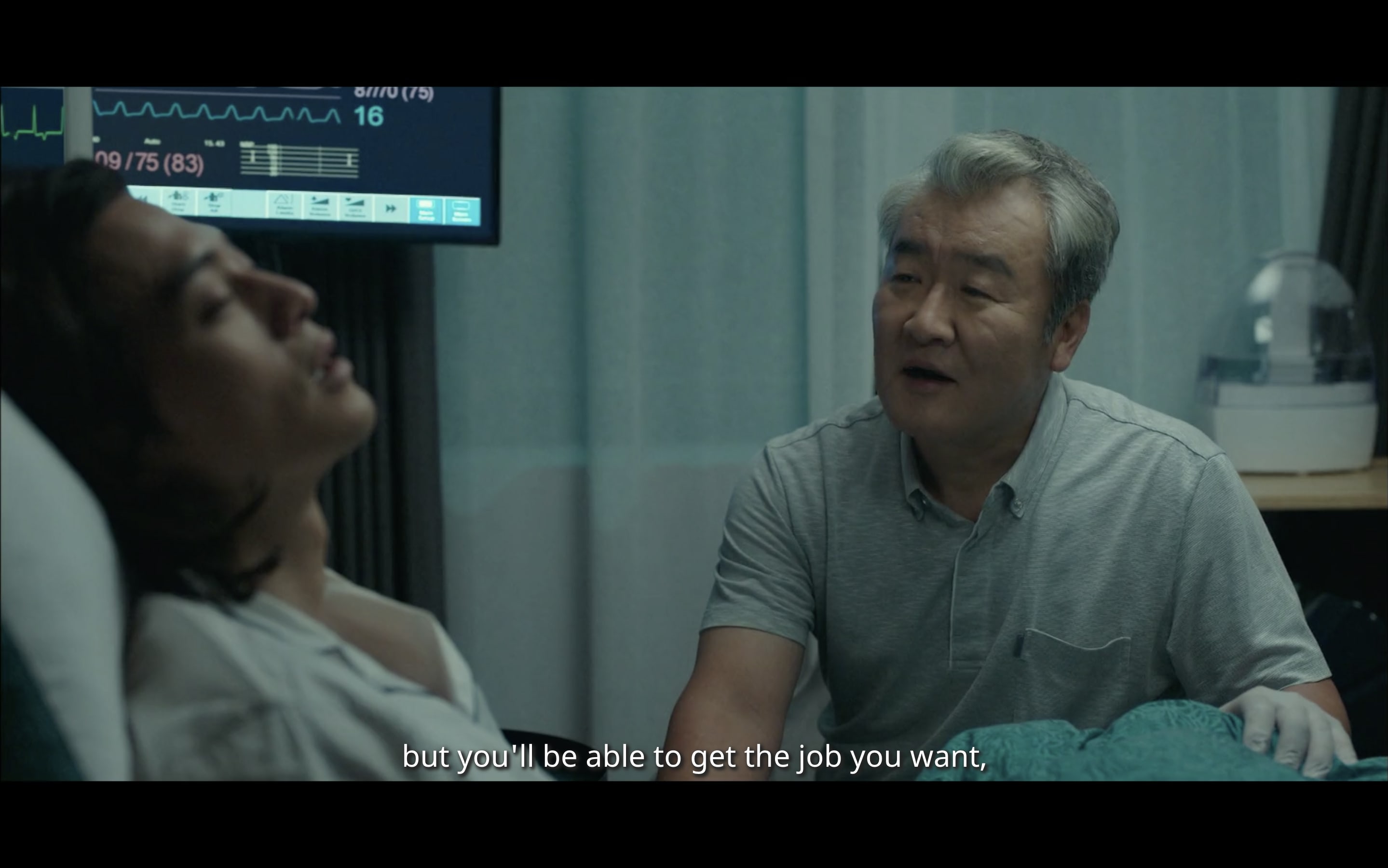 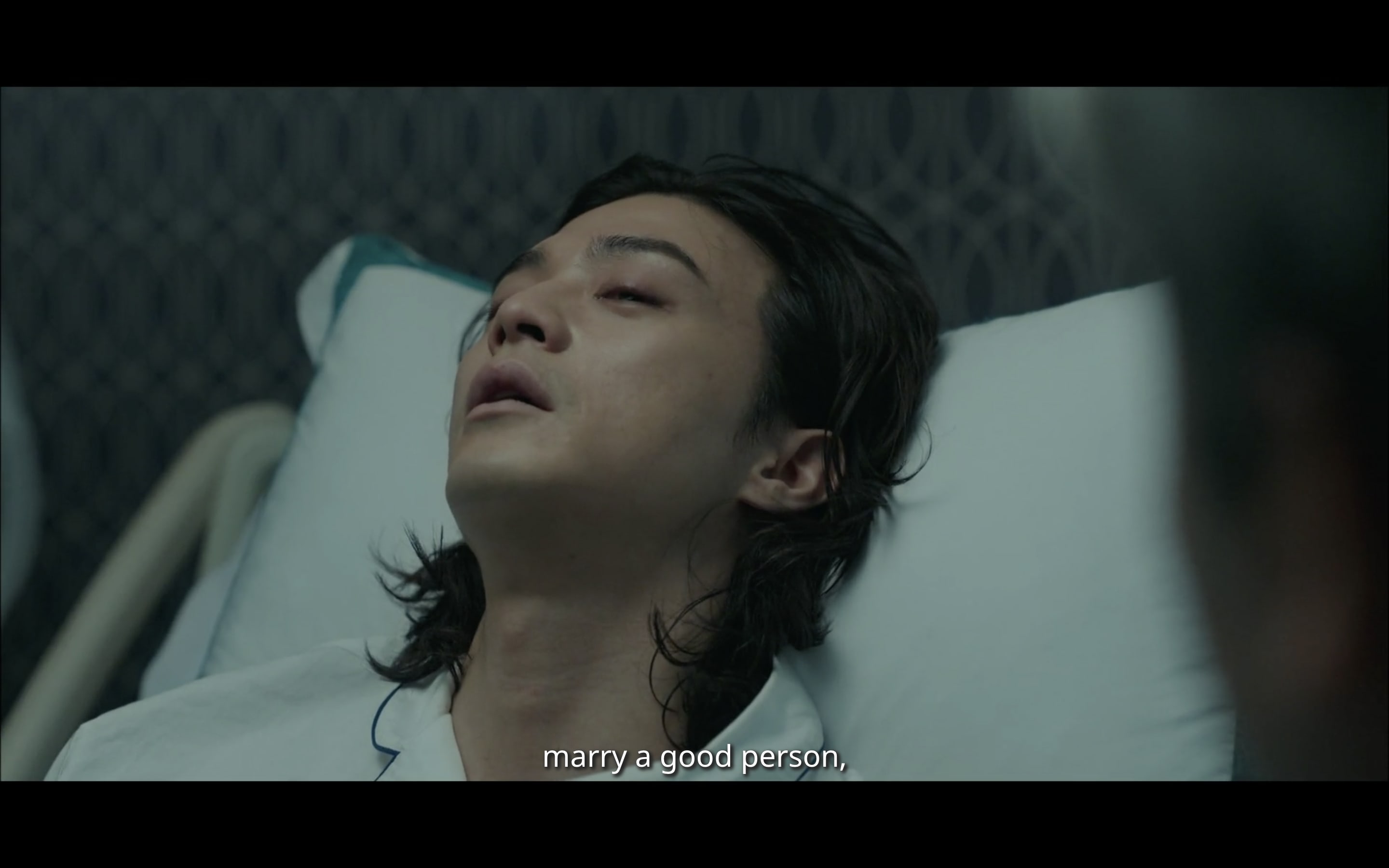 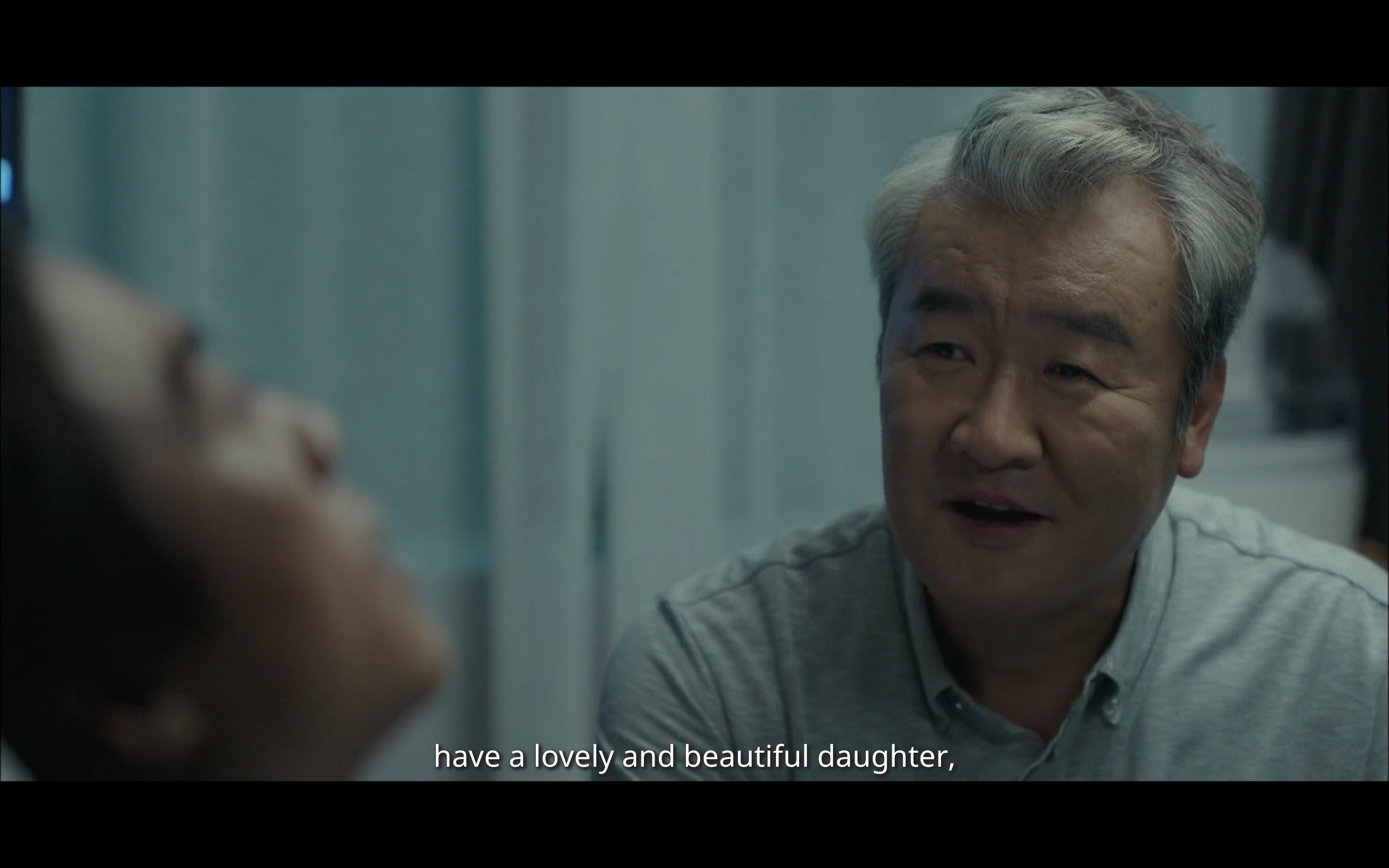 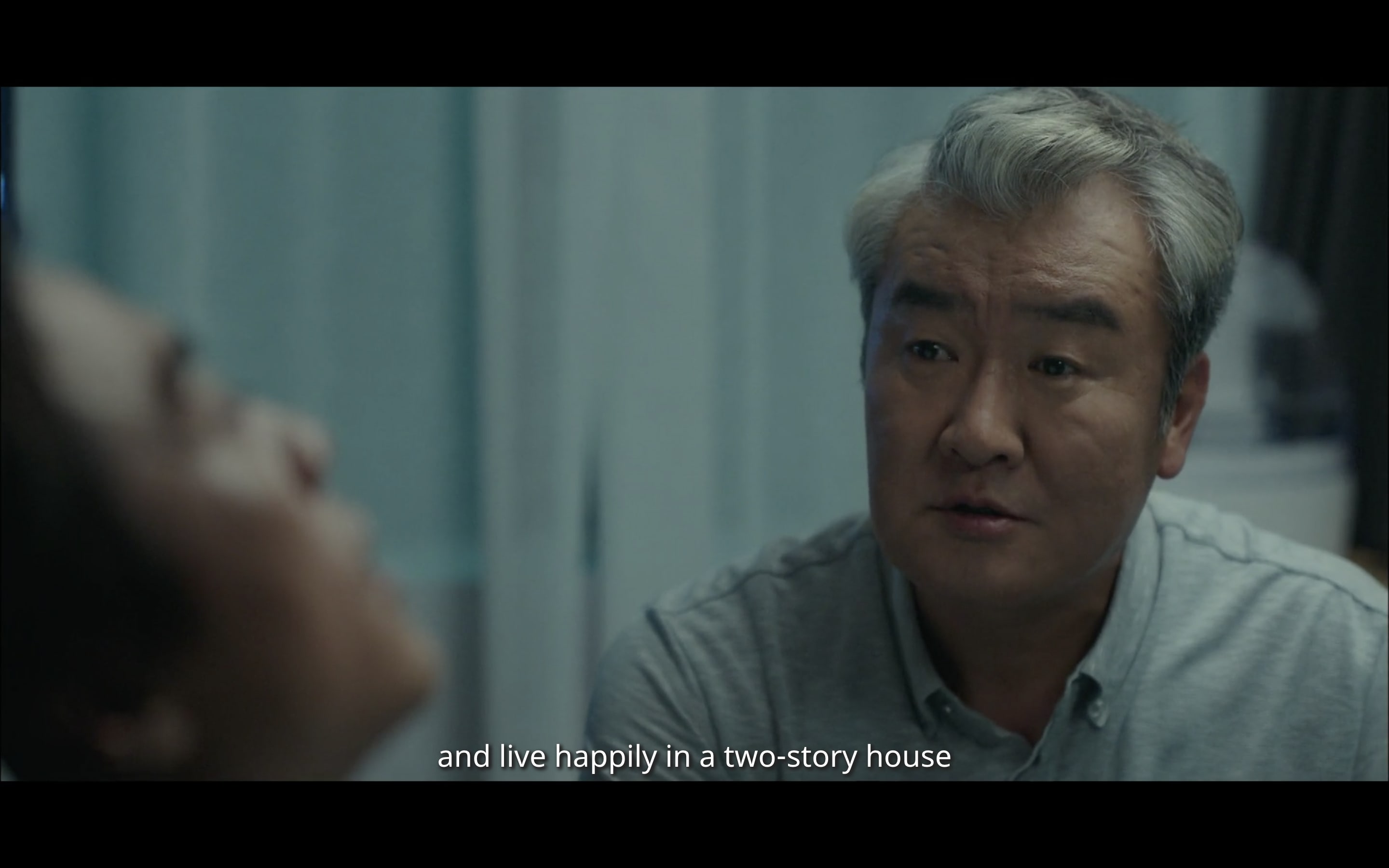 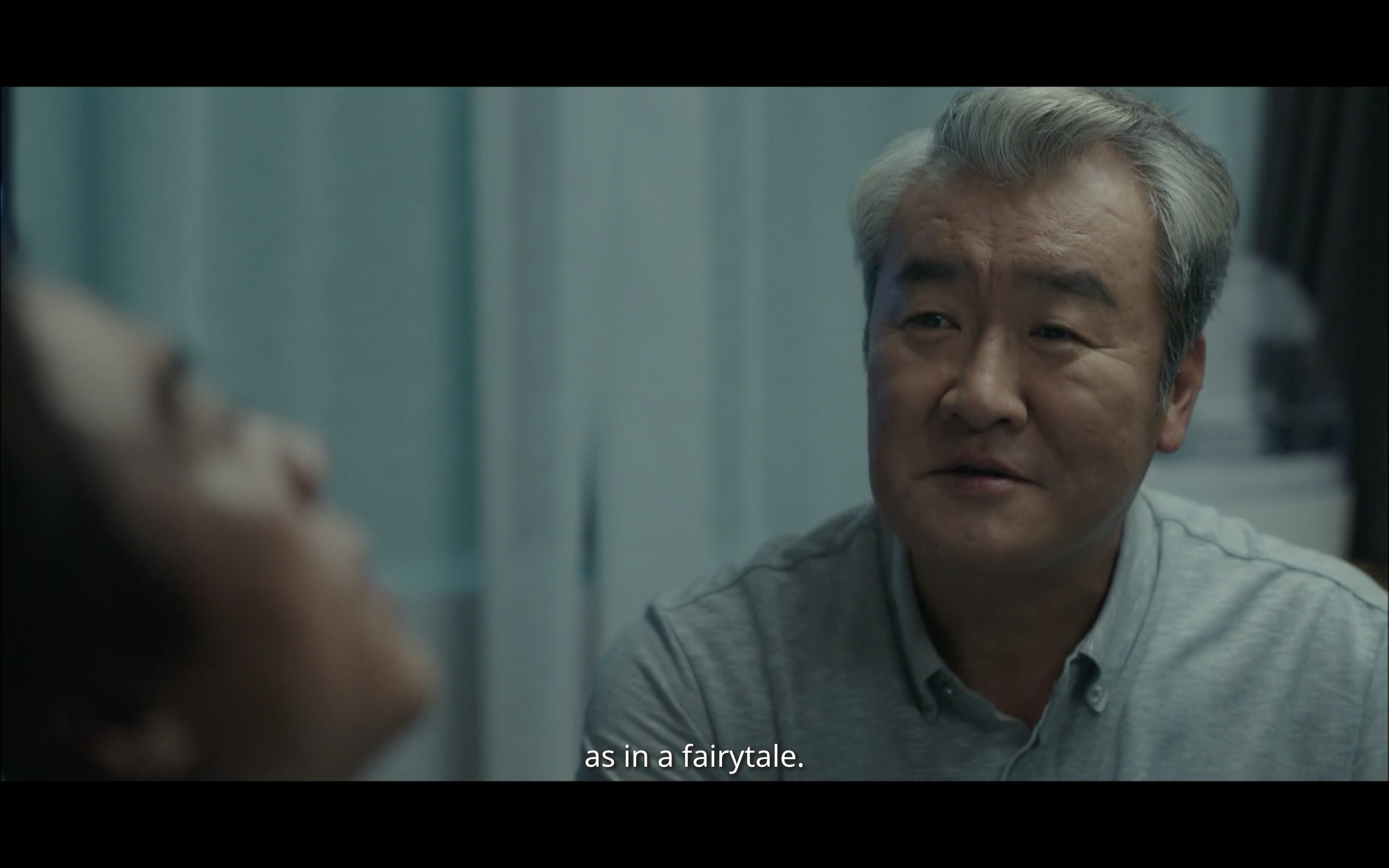 While the conversation itself is a little vague, it really comes across as if he’s going to get rid of Hyun Soo and make Ji Won and Eun Ha (Jung Seo Yeon) be apart of his family. The fact that he thinks he could make Ji Won and Eun Ha take part in such a scheme is even more unsettling. They aren’t inanimate objects to be given away. Not to mention, it was clear from the premiere episodes that he didn’t want to have any part in Ji Won’s and Eun Ha’s lives, so why is he so eager to give them away to his son? He is sly and insidious, and he is definitely shaping up to be a formidable villain in the show.

Catch the new episodes below:

Hey Soompiers! What did you think of the latest episodes? What do you think will happen next week? Let us know in the comments below!

Currently watching: “Flower of Evil,” “When I Was the Most Beautiful”
All-time favorite: “Strong Woman Do Bong Soon”
Looking forward to: “So I Married an Anti-Fan,” “Do You Like Brahms?,” “Double Patty”