“Once Again” is a weekend drama that tells the story of four siblings, following their individual lives and comparing their opinions on marriage and divorce.

In the previous episode, Yoon Jae Seok (Lee Sang Yi) struggled to get approval from the family of Song Da Hee (Lee Cho Hee) after asking for her hand in marriage. He showed his affection for Song Da Hee in various ways by participating in the family events and never hesitating to lend a helping hand.

The new stills show the couple expressing their continuous affection for each other as they continue to take steps towards their marriage. They both appear to have paid special attention to their appearances, with Yoon Jae Seok in a neat suit jacket while Song Da Hee wears a light blue dress with her hair pinned back. One still shows them holding hands with smiles on their faces. Another shows Yoon Jae Seok with his mouth agape, and Song Da Hee looking after him, her entire face alight with her love and affection for him. 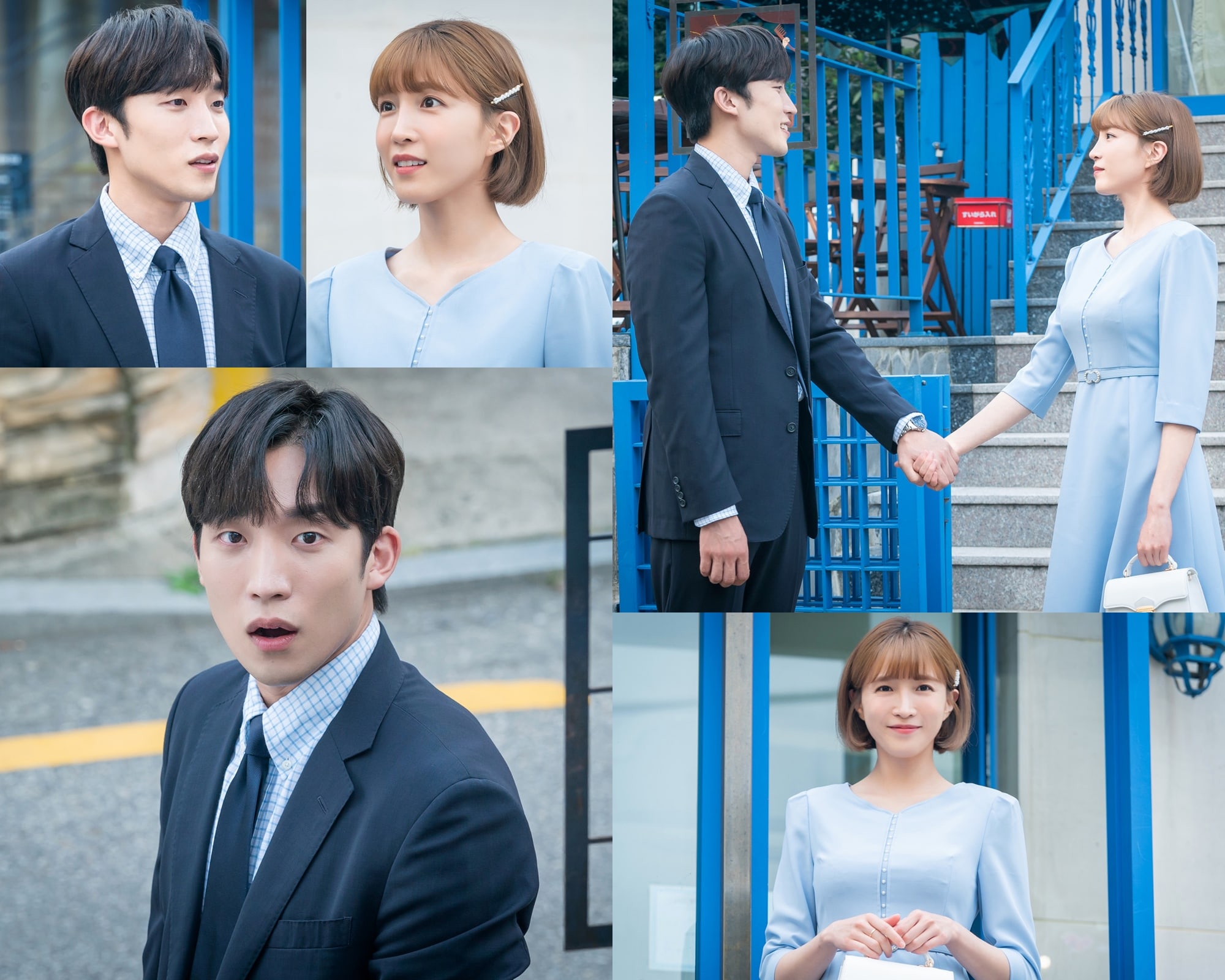 Yoon Jae Seok and Song Da Hee were invited by Choi Yoon Jung (Kim Bo Yun), Yoon Jae Seok’s mother, to share a meal together. However, since the couple previously found out about her diagnosis of alcoholic dementia, it remains to be seen what kind of effect this knowledge will have on their wedding plans.

Once Again
Lee Cho Hee
Lee Sang Yi
How does this article make you feel?