On the August 30 episode of SBS’s “Master in the House,” Kim Hee Sun and the cast members held a charity auction.

The auction was held via live broadcast on social media, with the proceeds being donated to charity. Kim Hee Sun and the other cast members came up with treasured items for people to bid on. As soon as the live broadcast began, more than 3700 people joined in.

Kim Hee Sun’s fans showed a lot of interest in the live broadcast, but Kim Hee Sun soon noticed that her husband had joined the chat as well. Her husband had written, “Please take care of my wife” in the live chat. Lee Seung Gi joked, “I’m looking forward to his bids,” and “It’s ‘love-stagram” in real time.”

Kim Hee Sun is married to a non-celebrity businessman and the two have a daughter together. Throughout the auction, he continued to leave comments through the live chat to support his wife.

For auction, Kim Hee Sun put up an expensive jacket, hat, sunglasses, and a purse that she had bought herself. Kim Dong Hyun put up the gloves that he had used in his 2008 match, while Cha Eun Woo put up some of his own clothes that he had often worn on Instagram.

During the live auction, Kim Hee Sun’s “Alice” co-star Joo Won also entered the live chat. He wrote, “I love you, noona,” “I want to join too,” and “Even when the video quality isn’t good, you shine,” and Kim Hee Sun responded by making hearts to the camera. 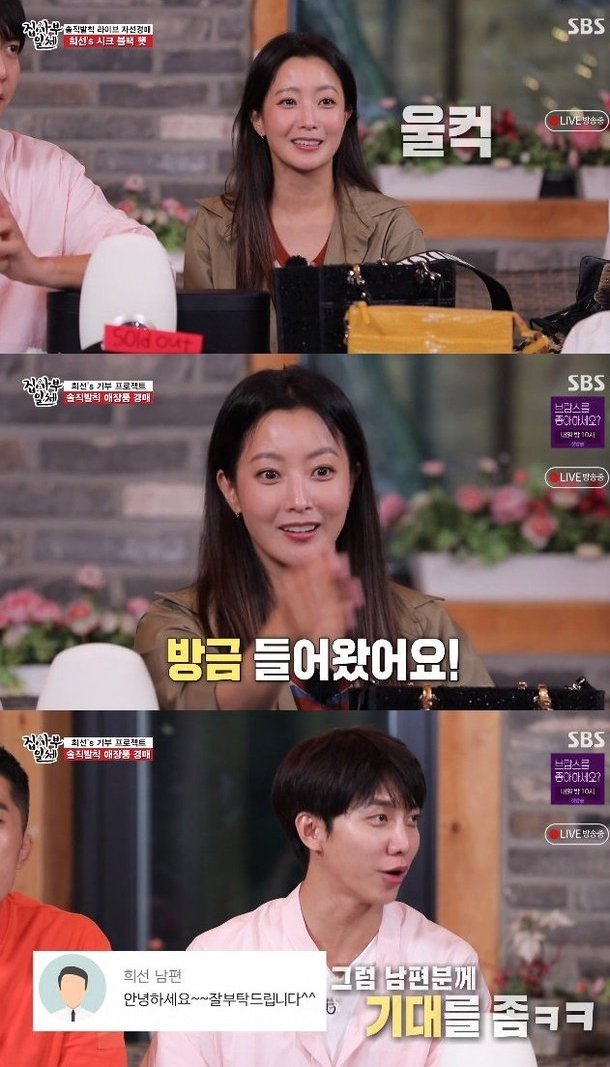 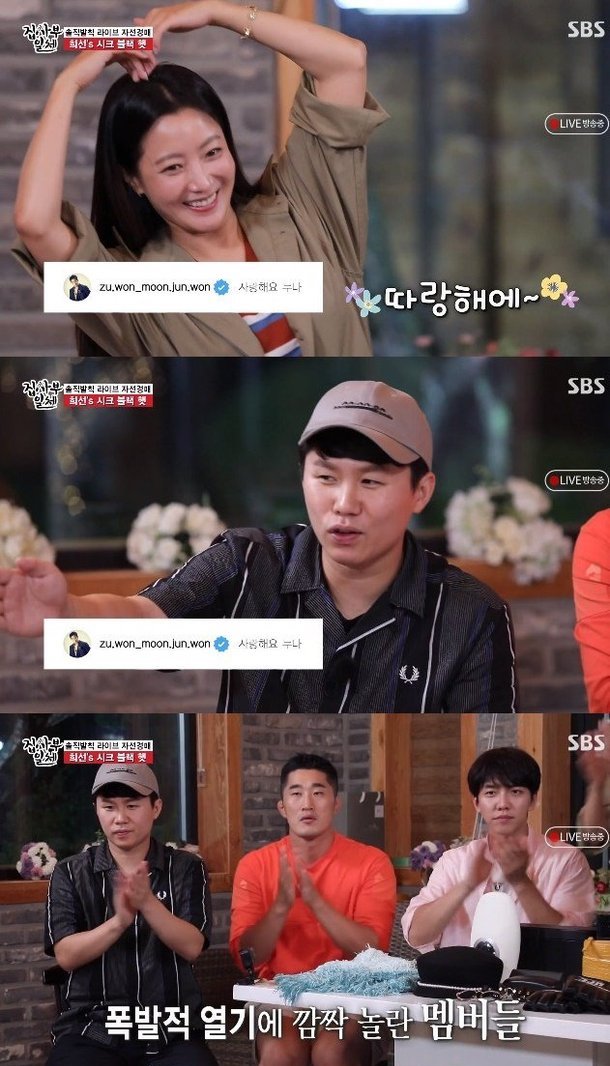 At the end of the auction, Kim Hee Sun and the cast had sold all the items and raised 5,410,000 won (about $4600) for charity. In the rest of the episode, the cast also went on to sell tomatoes and donated a personal amount to make the final donation amount a round number. 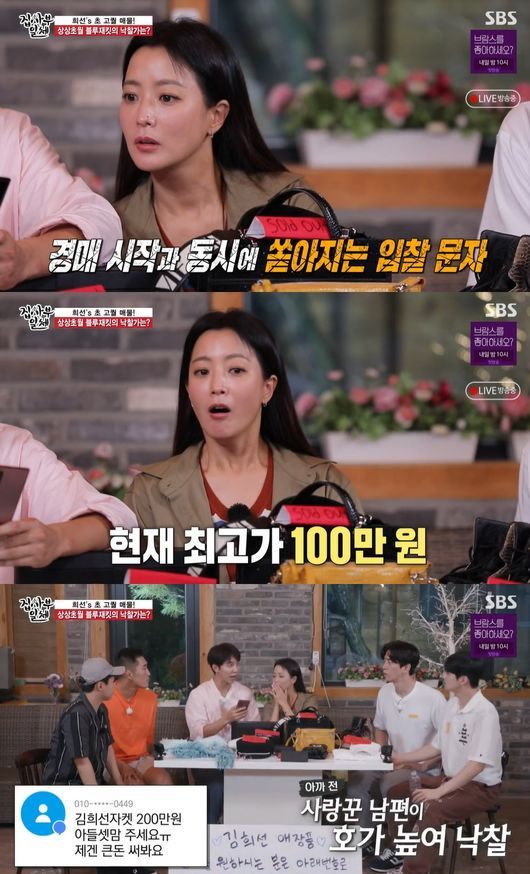 Check out Kim Hee Sun and Joo Won in the new drama “Alice” below!

Watch “Master in the House” on Viki:

Joo Won
Kim Hee Sun
Master in the House
How does this article make you feel?