MBC every1’s “Lonely Enough to Love” has released stills from its upcoming episode!

At the end of the previous episode, Cha Kang Woo fixed Lee Na Eun’s notebook and rushed to find her. However, he stumbled upon Lee Na Eun and Kang Hyun Jin entangled on the floor as if they had just shared a hug, when in truth Kang Hyun Jin had just caught her after she had attempted to catch a bug. As it was a situation that could easily be misunderstood, this created some awkward tension between the three of them.

Meanwhile, Lee Na Eun, who dreams of becoming a novelist, had previously submitted her manuscript to several publishing companies. After failing to sign with any of them, she finally receives a call from a publisher who says that they want to publish her novel. Cha Kang Woo and Kang Hyun Jin become ecstatic upon hearing the news and decide to throw a party.

The new stills preview the three of them gathered around a table with cake and beverages to celebrate Lee Na Eun’s achievement. In one still, Cha Kang Woo pours Kang Hyun Jin a drink, while in another photo he lights the candle on the cake. Cha Kang Woo and Kang Hyun Jin look especially happy, both sporting wide smiles. 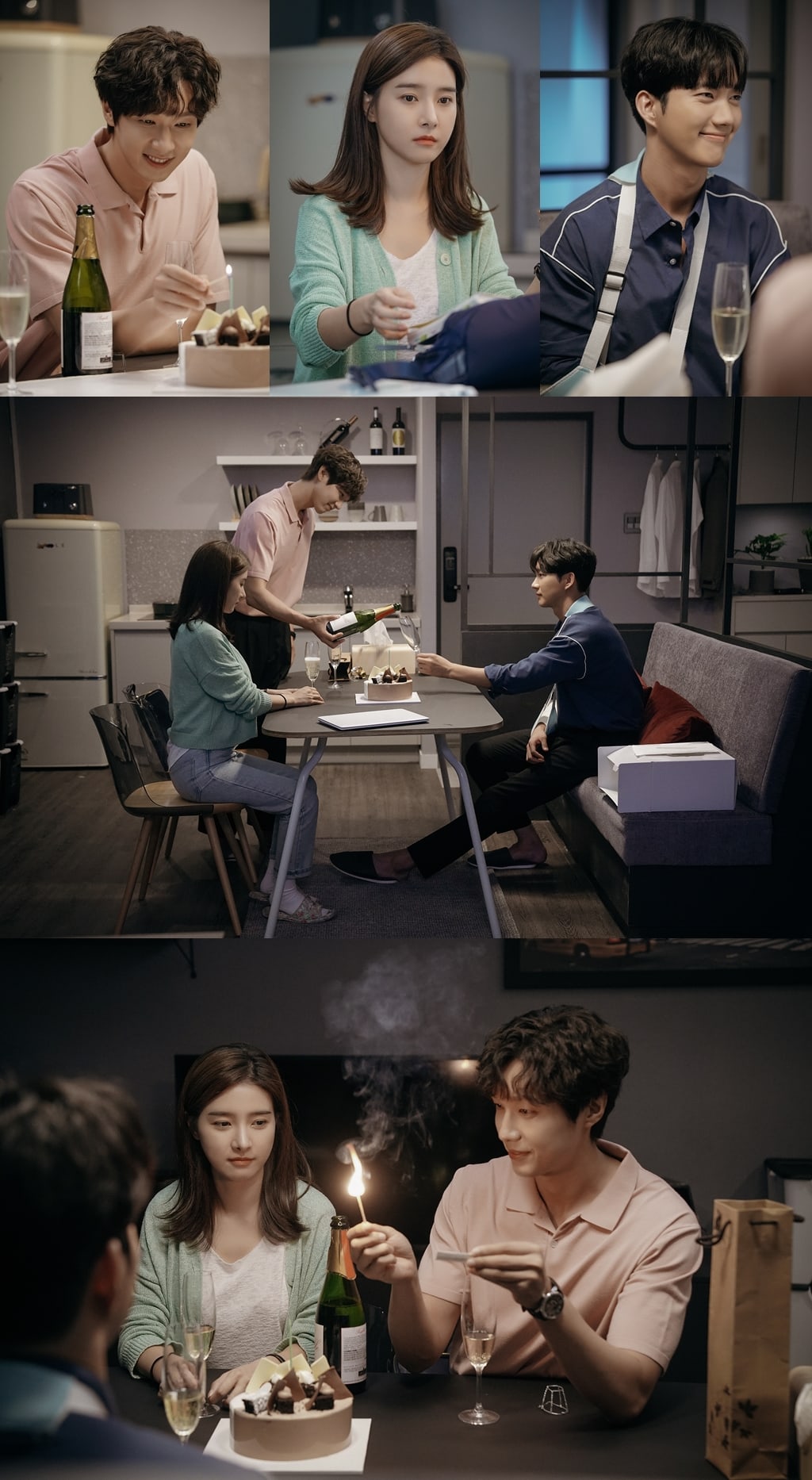 To keep up with the progression of their love triangle, catch the next episode of “Lonely Enough to Love,” airing on September 1 at 10:50 p.m. KST.