Lee Hyori has shared what’s on her phone!

On the August 1 episode of KakaoTV’s “Face ID”, married couple Lee Hyori and Lee Sang Soon appeared as the show’s first guests. “Face ID” is an original digital variety program that showcases a celebrity’s real life through their smartphone.

In the episode, Lee Hyori is asked to show viewers the contents of her phone. Although she’s surprised at first, Lee Hyori begins to introduce the apps she uses frequently.

“I use the camera app the most because I take pictures often,” she said. “And there’s Instagram, the weather app, the clock, and alarm.”

She shared, “I use the voice recorder. I’ll wake up and record in the bathroom. Oddly enough, I can only think up melodies when I’m in the bathroom.” She then played a recording of herself in the bathroom, humming as she flushes the toilet.

Lee Hyori also showed off an app where she can check on her dogs at home through a camera, an app that make her legs look longer, and some other apps that she uses to buy things for her dogs.

Asked to show viewers the photos on her phone, Lee Hyori revealed many pictures of Lee Sang Soon and her dogs. Lee Hyori commented, “It’s all dogs. I have 1,093 pictures. It’s dog heaven, seriously. How do I have so many pictures of dogs? My dogs, someone else’s dogs, the shelter’s dogs.” 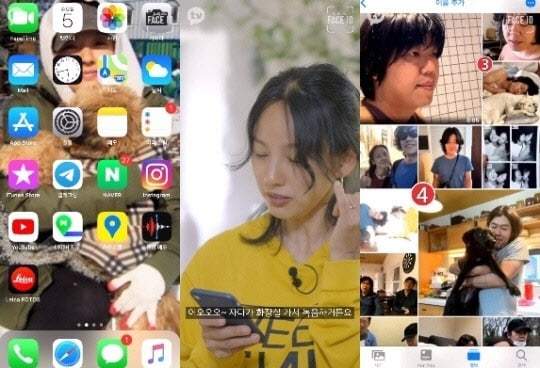 Lee Hyori recently shared that she is trying to get pregnant. While looking through her phone, she laughed when she came across an app to keep track of her ovulation days. She then told Lee Sang Soon that they should try some yoga poses later that’ll help them later.

To conclude, Lee Hyori said, “As everyone has just seen, my phone has nothing but dogs. I’ll share them as much as I want.”

Watch Lee Hyori on “How Do You Play?” below!

Lee Hyori
Lee Sang Soon
How does this article make you feel?