9 Of The Best Moments From C-Drama “Nothing But Thirty”

“Nothing But Thirty” was a hot topic during its run in China and constantly trended on Weibo for its plot line and characters. The series itself revolves around women in their thirties and specifically focuses on the lives of Wang Manni (Maggie Jiang), who works at a high-end luxury brand and seeks a life above the normal standard of living; Gu Jia (Tong Yao), who transitioned to a full-time housewife and does her best to ensure a good future for her husband and son; and Zhong Xiaoqin (Mao Xiao Tong), who lives an ordinary but boring life and never aims for anything better.

Each character works hard to face themselves and the obstacles they encounter as they enter their 30s and prove that it really is just an age that should never limit oneself! Here are the top moments from the show that leave a lasting impression of these amazing women!

To ostracize Gu Jia, the kindergarten moms decide to get her to leave by bullying her son Ziyan out of the kindergarten. Instead, Gu Jia consoles her son and takes her revenge on those who mistreated him. The sequence of her removing her watch and shoes and dragging the bullies to the very room they lock her son in is so well done. It also goes to show that Gu Jia is not someone that can be easily dealt with or underestimated by those rich moms.

There are multiple instances in the drama where Manni’s co-worker uses underhanded tricks to get promoted. During this scene, Manni has grabbed a large order from a customer, which gives her the opportunity to get promoted. Her co-worker attempts to steal the customer away only for Manni to fix the situation, and, of course, warn her that she won’t be bested. This scene is great because normally one would suspect that the main protagonist would be understanding and forgiving, but Manni’s coldness towards the situation makes the scene so refreshing, since she refuses to be stepped on.

Unlike Wang Manni and Gu Jia, Zhong Xiaoqin went through the motions in terms of her marriage and work life. She basically settled and never had aspirations or her own opinions. When she finally asks for a divorce, that moment becomes the turning point for her as a person because she used to always leave it to Chen Yu, her husband, to make the life decisions for them. Her finally standing up for herself and expressing her desire to live a different life showcases one of the many times Xiaoqin progresses in her growth as an individual.

Wang Manni getting sick but no one is there for her

In this scene, Manni becomes sick from ignoring her health because of work. This scene pierces the audiences because she moved to Shanghai, a big city so far away from her hometown to make a living and strive for better things; however, she has no one around her to look after her in times of sickness. She would rather keep her condition a secret, especially from her parents, and carry the burden on her own. It remains one of the saddest and most relatable scenes in the show.

“Twenty Your Life On” crossover with “Nothing But Thirty”

“Twenty Your Life On” and “Nothing But Thirty” are both produced by the same company but revolve around different age groups. The two dramas ended up having a crossover scene, which was a great treat for audiences who were watching both dramas at the same time! The crossover scene compares the differences in worries and perhaps misconceptions that those in their twenties have about life for women in their thirties.

Wang Manni’s boyfriend Liang Zheng Xian is revealed to be a serial cheater. After her heartbreak, the three women go out for drinks and get wasted. With the help of Chen Xu, Chen Yu’s younger brother, they leave Zheng Xian a nice surprise! Considering this guy even refuses to break up with his girlfriends and lets his “wife” do it for him, this revenge forces him to at least clean up one mess by himself. A refreshing and satisfactory end to Manni’s relationship.

Gu Jia’s dad telling her no matter what happens, she has him 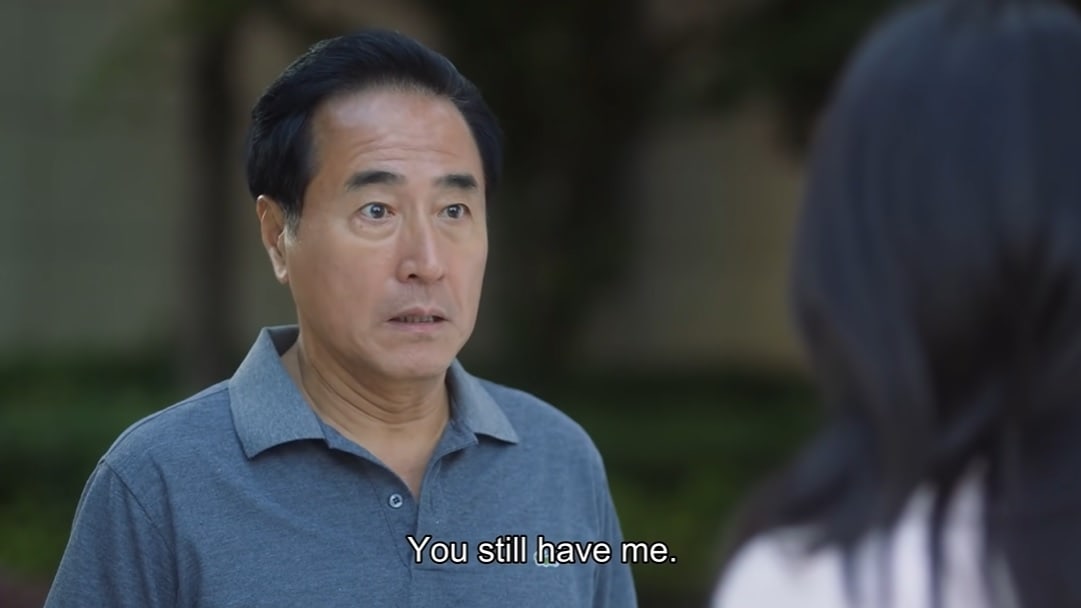 Gu Jia and her dad have an interesting relationship because they both don’t want to be each other’s burden. However, with her marriage becoming strained and the pressure she faces to continue the tea farm, Gu Jia’s dad wants to let her know that she always has someone to rely on. This scene, along with many other heartwarming family scenes, just hits the spot in terms of touching moments.

The three women having a sleepover following all their life issues 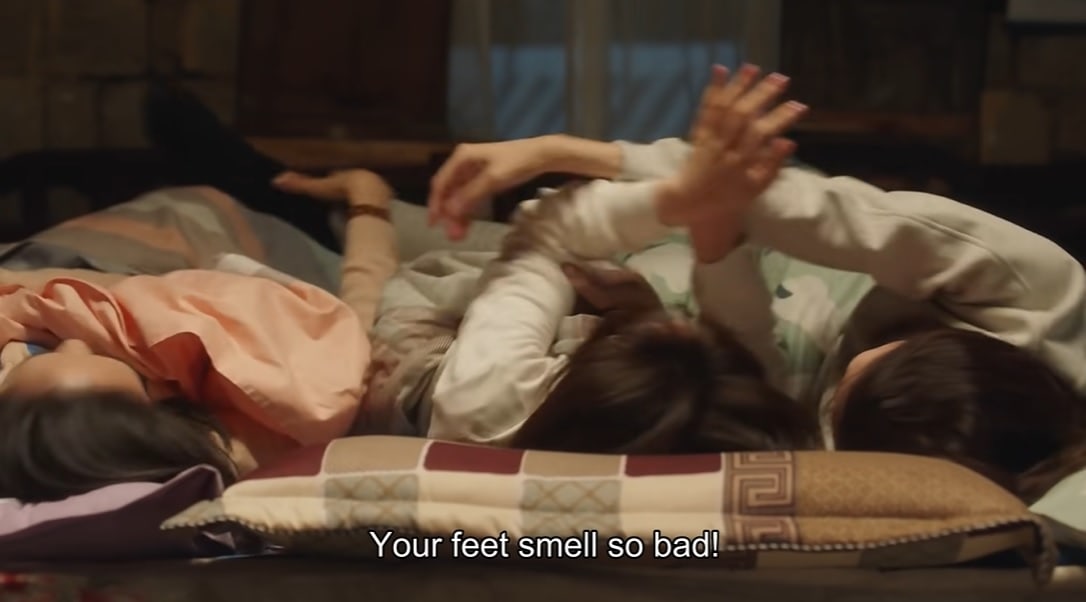 Despite the personal conflicts each of them hold, it is nice to see them always supporting one another and giving themselves a much needed breather and time to relax. This scene in particular is a great addition because it showcases their lives taking on new paths. Gu Jia gets closer to stabilizing the tea farm, Xiaoqin has begun to reconcile with what she wants in life, and Manni begins taking steps to start over again. Plus, their interactions are hilarious as they tease each other and just have a great time together. It is one of the most wonderful displays of friendship portrayed through a simple scene.

The ending snippets of a small family in Shanghai 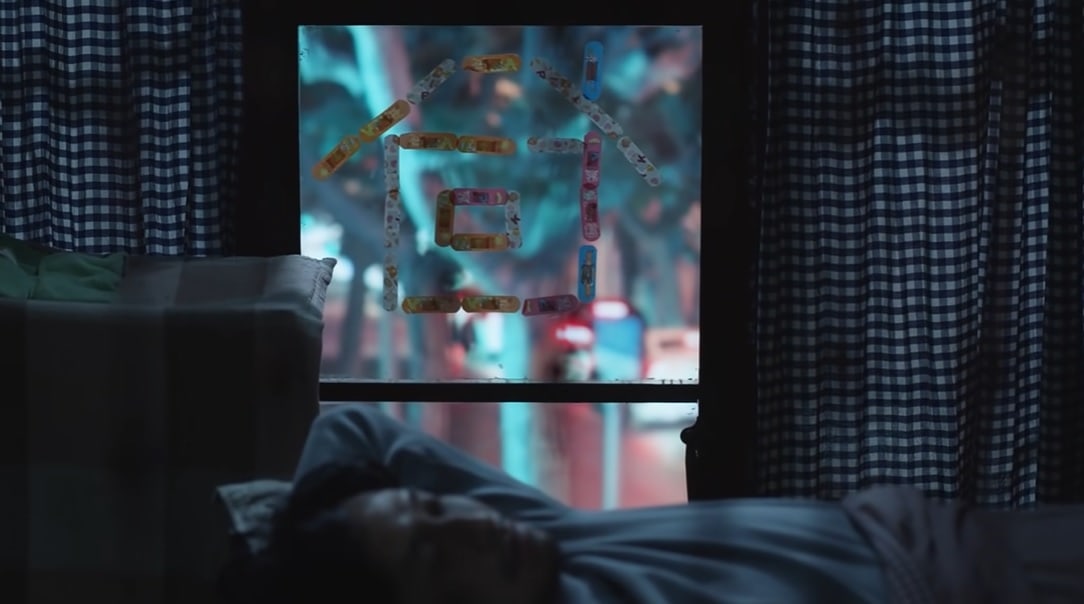 At the end of most of the episodes, there are small vignettes of a family of three as they work and live in Shanghai. There are lots of cute and heartwarming moments, and it’s so endearing to see them grow as a family and progress in the big city.

“Nothing But Thirty” has some amazingly developed characters. They may be flawed and certainly far from saints, but it makes them all the more relatable and allows room for them to evolve into better versions of themselves. This series serves nothing short of heartwarming moments of friendship and family as well as drama as the characters’ lives face periods of turmoil.

Watch the complete series of “Nothing But Thirty” on Viki now:

isms is a long-time drama and variety show fan. Please feel free to recommend any shows to watch.

Currently watching: “A Murderous Affair in Horizon Tower” and “Once Again”
Looking forward to: “Ordinary Glory,” “First Romance,” “The Legend of Xiao Chuo,” and “You Are My Glory”

Soompi Spotlight
Maggie Jiang
Nothing But Thirty
Mao Xiao Tong
Tong Yao
How does this article make you feel?