CL has pre-released the official video for “+POST UP+” ahead of her upcoming music releases!

CL has shared a message to her fans about her upcoming releases!

Hello GZBz and those of you who have been supporting and waiting for me.

It’s been a long time since I showed myself, so I spent every moment of the preparations with an excited and thankful heart.

There were so many things I wanted to say, I deliberated how much of it and in what way I would communicate with all of you. And as always, I decided to convey it with music and dance, through which I can express myself most candidly.

“+POST UP+” is a short video I’m revealing before the release of my album to thank my fans GZBs who believed in me and waited so long for me. I’m revealing just this one first because I wanted to communicate with you all as soon as possible. It’s a gift I specially prepared, so I hope my thoughts reach you properly.

Starting October, I’ll keep myself busy with releases of singles and a full album, so enjoy and savor “POST UP” and get warmed up!

I’m looking forward to making memories with my GZBs again.

Be safe! Thank you always.

The “+POST UP+” music video will be released on September 14 at 1 p.m. KST. The track will only be released in the form of a music video and will not be available on music streaming sites.

CL has revealed a teaser poster for a new release produced by Baauer and Holly, written by CL and Boniq, mixed by Stuart White, and mastered by Colin Leonard. Written across the middle of the poster is the text, “+ POST UP +” and at the bottom are the date and time September 14 and 1 p.m. KST. 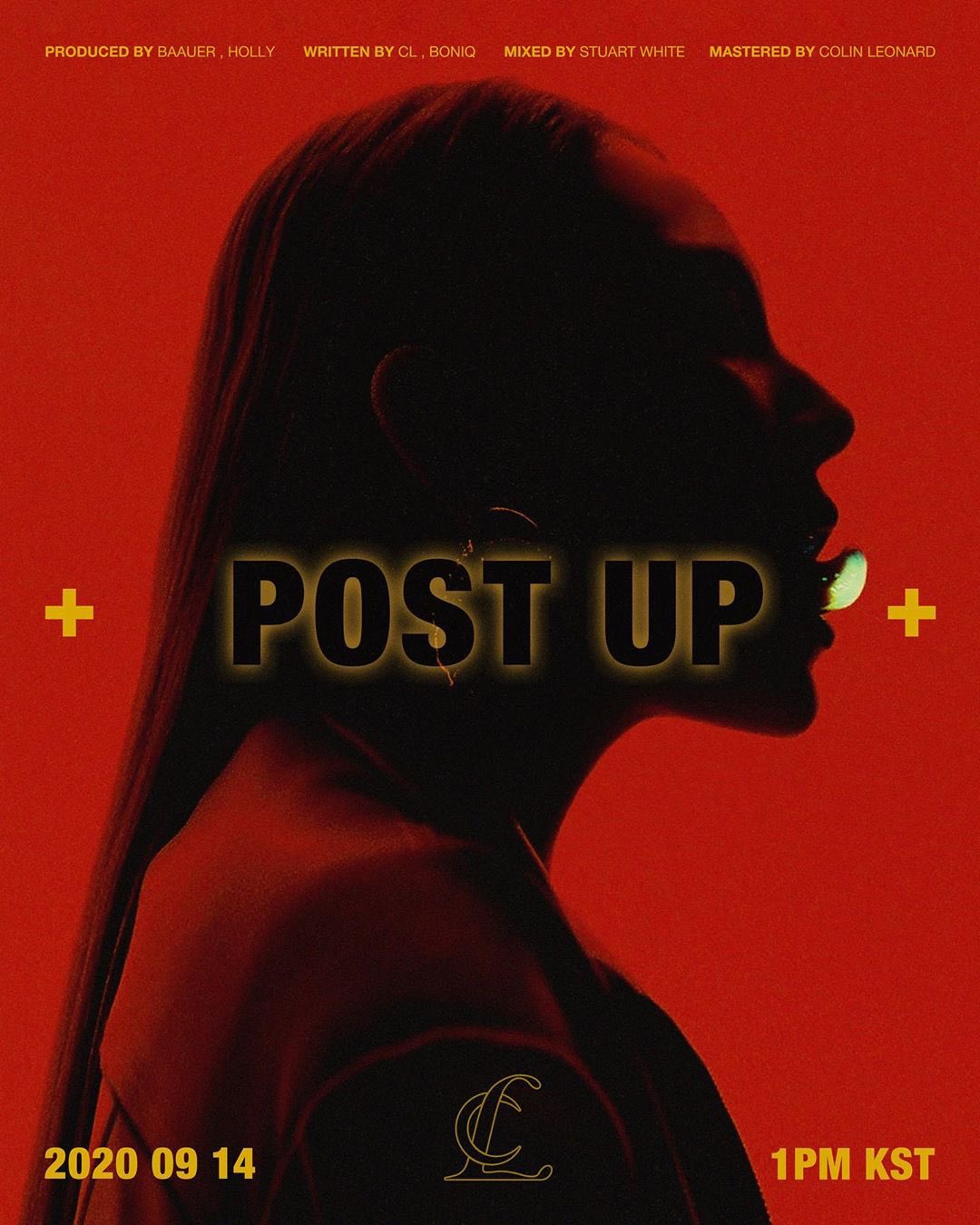 Are you excited for CL’s new music?

CL has shared her sixth and final intro video! It says on the video, “If life is a game, level up after a mission.” Watch it below:

CL’s fifth “intro” video has been shared! This time, the text reads, “Even if I fall nine times, I immediately get up 10.”

Check out the video!

CL has shared another “intro” video, and the text on it reads, “Honey, world is mine, ain’t no running from it.”

It was revealed that the music playing in the background of CL’s “intro” videos was created by Baauer, who produced the famous song “Harlem Shake,” as well as rising musician Holly.

A third “intro” video has been released for CL with the text “2NE1, my past, my forever blessing”:

After previously hinting at her return with new music, CL has revealed an “intro” video.

While it’s unclear what exactly the video is for, the clip portrays CL’s charisma and energy, raising anticipation for what CL has in store for fans. Shown on the screen is the text, “I go by the name of, you already know,” alluding to her famous line, “I go by the name of CL of 2NE1.”

Check out the video here: