In the newly released poster, Seo Dal Mi (Suzy), Nam Do San (Nam Joo Hyuk), Han Ji Pyung (Kim Seon Ho), and Won In Jae (Kang Han Na) stand in front of a wall that’s filled with post-it notes and memos with ideas for startups. Standing at the same “starting line” together, the characters smile with excitement for the future. The text on poster reads, “The place where our shining story begins,” emphasizing the characters’ first steps towards their dreams. 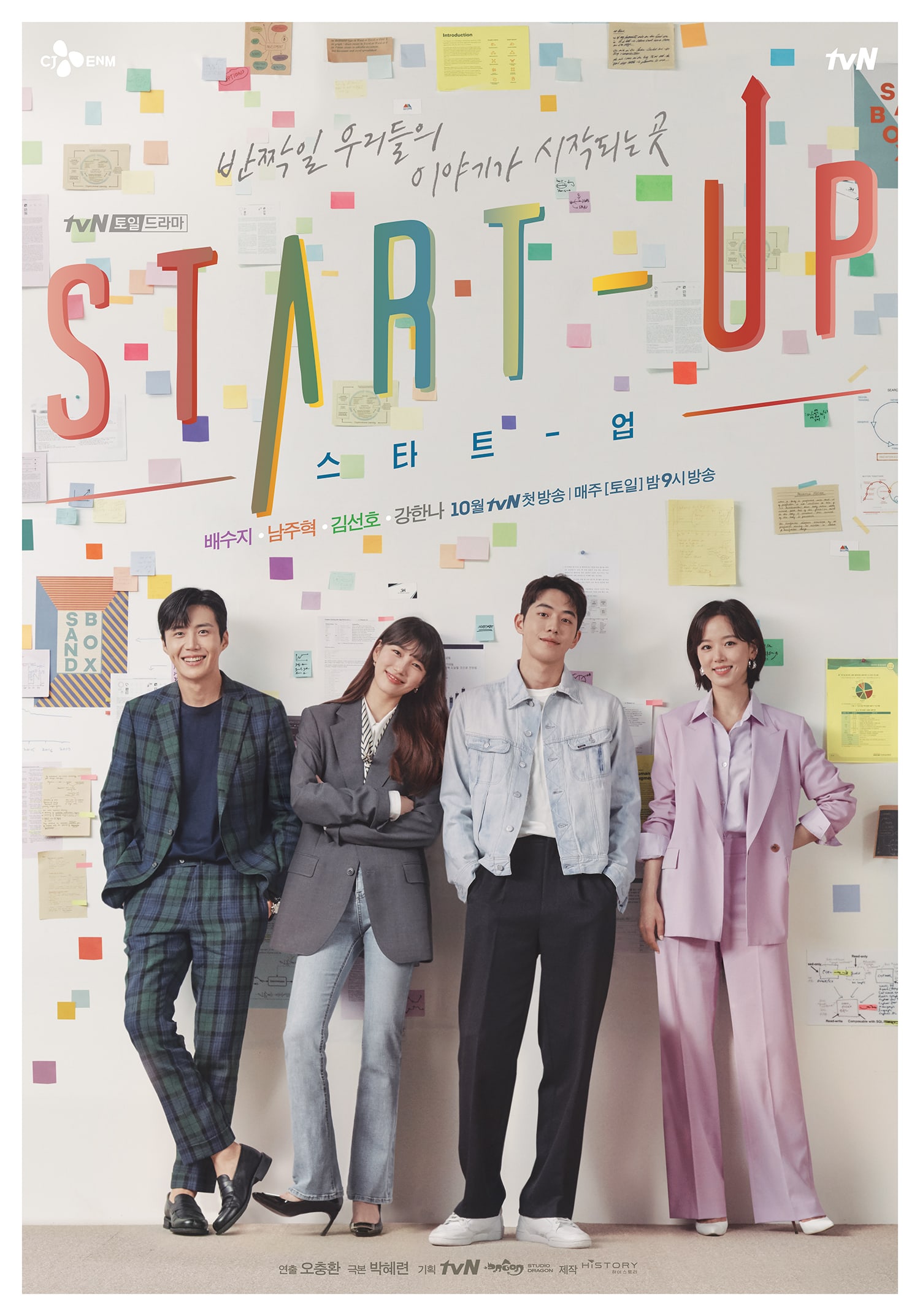 Each of the characters also wear outfits that reflect their personalities. In their business casual outfits, Seo Dal Mi and Nam Do San are still diamonds in the rough, but their outfits convey bright and youthful energy. Han Ji Pyung’s checkered suit highlights his carefree and laid-back personality, while Won In Jae exudes elegant charm in her lilac suit.

The poster draws further curiosity for how Seo Dal Mi, who jumps into hardship while dreaming of success, Nam Do San, who takes on the challenge of wanting to shine brightly again, Han Ji Pyung, who wants to pay back his debts, and Won In Jae, who joins a startup to not be thrown away again, will interact as their fates intertwine.

“Start-Up” is slated to premiere in October. Watch a teaser for the drama here!

In the meantime, watch Park Hye Ryun and Oh Choong Wan’s “While You Were Sleeping” below: