The suspense is growing in tvN’s “Flower of Evil”!

The drama stars Lee Joon Gi as Baek Hee Sung, a man who hides his past as Do Hyun Soo and pretends to love his wife Cha Ji Won (Moon Chae Won). As a detective, Cha Ji Won begins to suspect that her husband may be a serial killer, and the couple is ultimately forced to confront a dark truth they never wanted to face.

In the upcoming episode, Do Hae Soo (Jang Hee Jin) will visit Kim Moo Jin (Seo Hyun Woo) in efforts to help find the real culprit behind the serial killing cases after Do Hyun Soo is accused of being an accomplice. In the newly released stills, Kim Moo Jin’s face appears beaten up and bruised. Do Hae Soo looks at him with a gaze full of concern and fear, hinting that something serious has occurred. 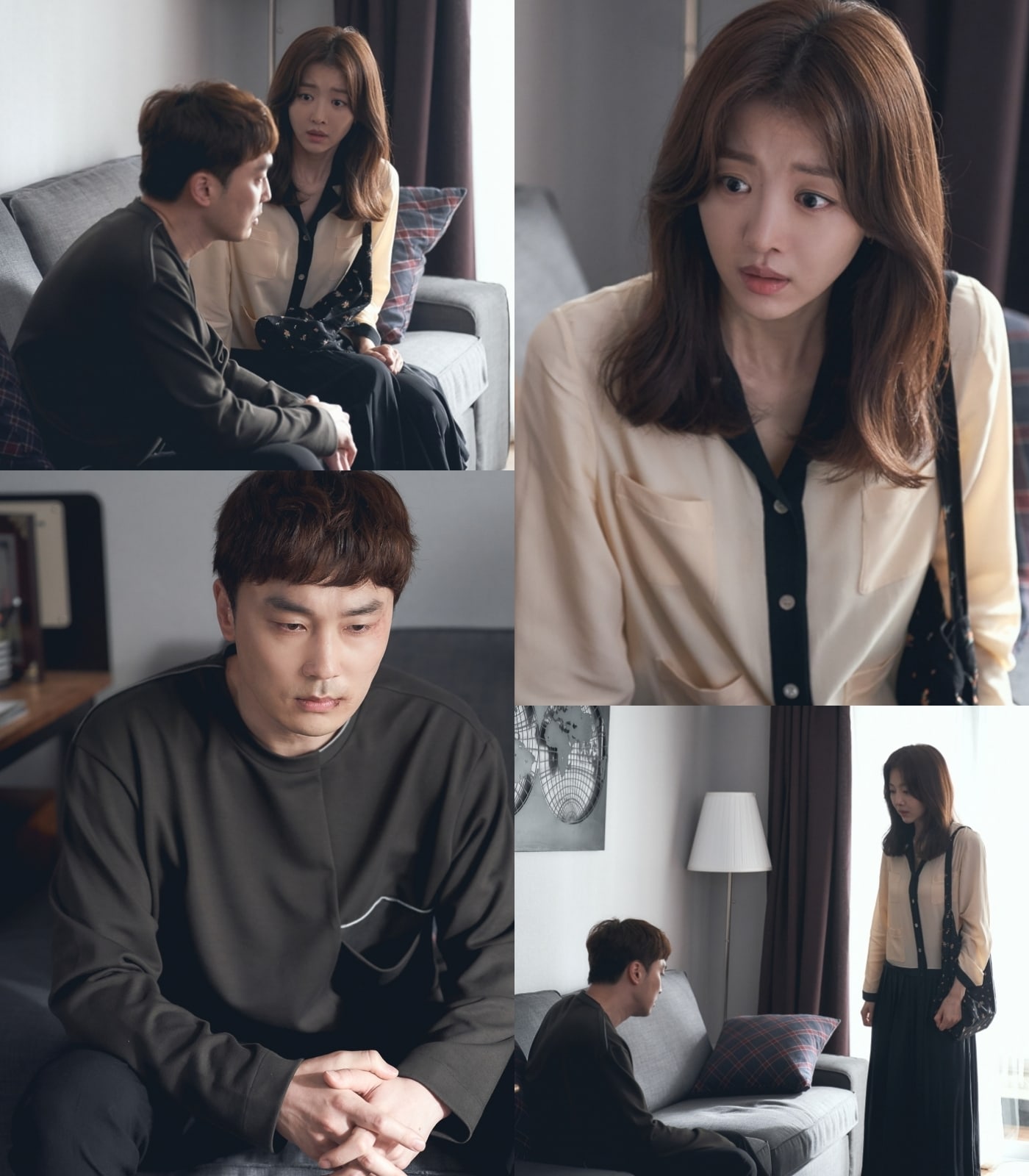 Previously, Do Hyun Soo planned a deal with Yum Sang Chul (Kim Ki Moo) of the human trafficking gang to find the true identity of the accomplice. He agreed to exchange 100 million won (approximately $84,340) for the kidnapping victim as well as the accomplice’s picture and name. However, Do Hyun Soo had set up a plan to act as bait and to round up the terrible gang by sharing the information of the exchange with the detectives including Cha Ji Won. Furthermore, Do Hyun Soo asked Kim Moo Jin for help just in case, but no one could be certain whether the dangerous plan would succeed.

With the way Kim Moo Jin appears, it’s difficult to be optimistic that the plan has completely succeeded. Furthermore, tension continues to flow between Kim Moo Jin and Do Hae Soo, who seems to be in great shock despite her resolve to face any danger for the sake of her younger brother. Viewers are curious to discover how Kim Moo Jin has gotten injured and for what reason Do Hae Soo has chosen to visit him.

More stills also reveal Do Hyun Soo captured and bleeding. He maintains a fierce gaze even while kneeling in front of Yum Sang Chul, who connected the victims to the real culprit and accomplice in the past serial killings. 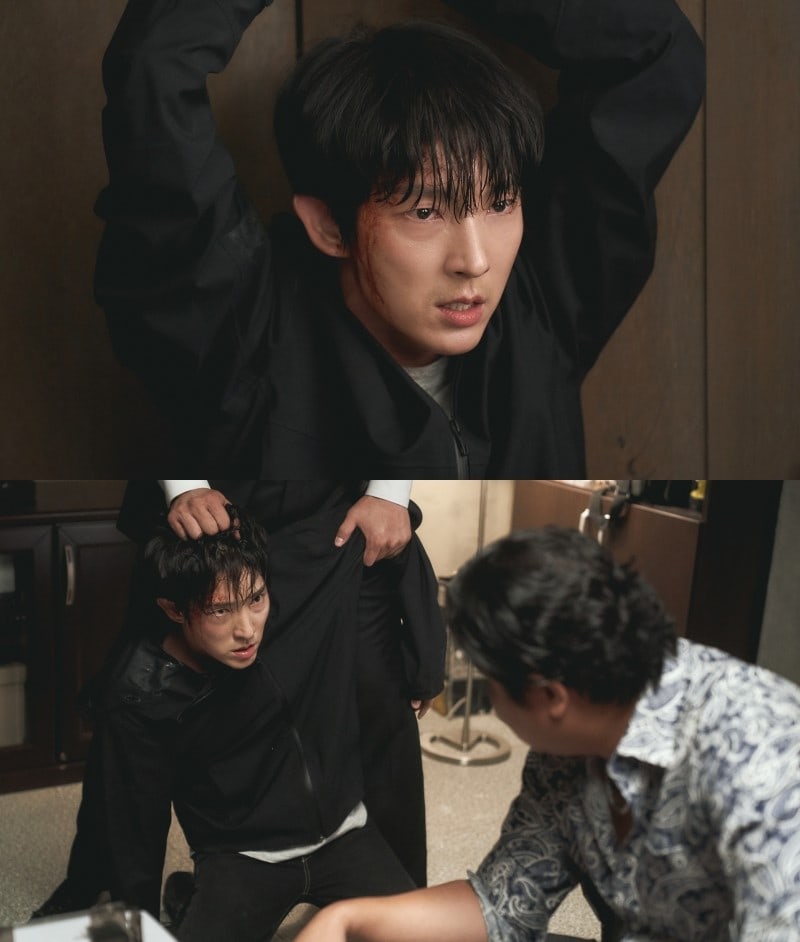 With Do Hyun Soo’s hand tightly tied up and Yum Sang Chul’s sly smile, the stills hint that a dangerous situation might unfold in the upcoming episode, raising curiosity as to whether Do Hyun Soo will able to keep his promise and return safely home according to Cha Ji Won’s wishes. 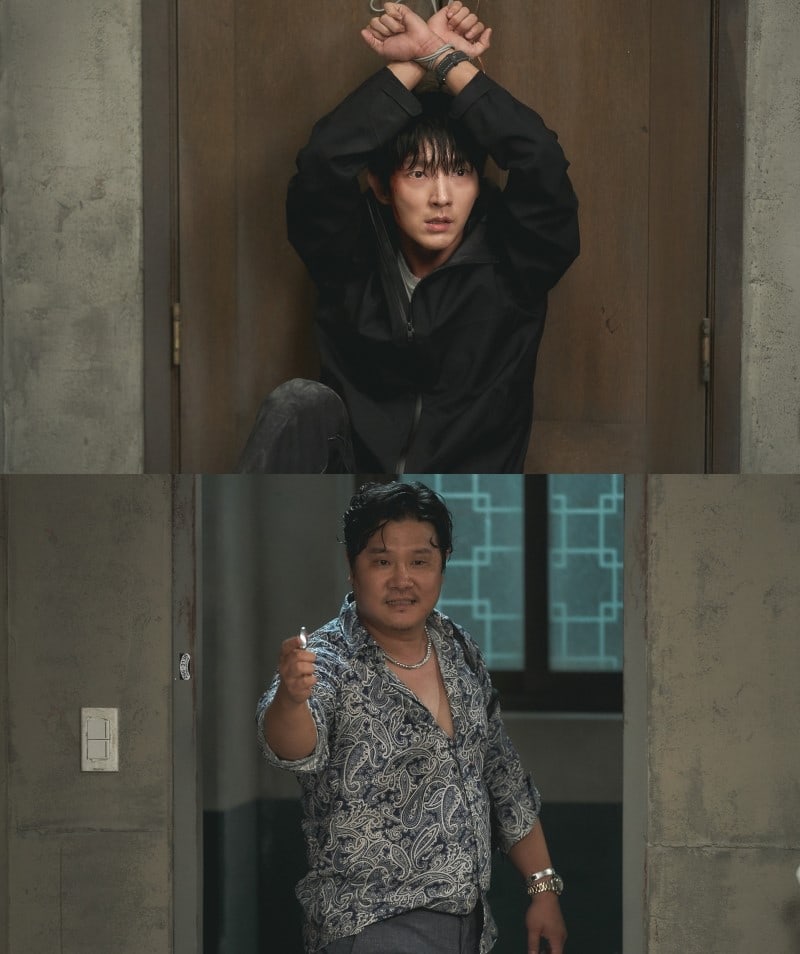 The production team shared that the incident will act as a catalysis that causes Do Hyun Soo’s emotions to explode in a way viewers have yet to see. They added, “Please keep an eye out for what decision Do Hyun Soo and Cha Ji Won will make as they stand in front of a truth that could ruin their lives.”