4 Things We Loved & 1 Thing We Hated About The Premiere Of “Do You Like Brahms?”

SBS’s “Do You Like Brahms?” is off to a promising and whimsical start. Starring Kim Min Jae and Park Eun Bin, the drama follows the pursuits of classical musicians. Chae Song Ah (Park Eun Bin) is a finance major turned violin major, struggling to keep her dream of playing the instrument alive. Meanwhile, Park Joon Young (Kim Min Jae) is a world-renowned pianist who decides to take a sabbatical as he struggles with the idea that he may not love the musical world he has flourished in. “Do You Like Brahms?” showcases the adventures experienced by youth through the pursuit of childhood dreams and the loneliness of unrequited love. Here are the things we loved and hated about the premiere.

Warning spoilers for the premiere episodes below.

K-dramas are no stranger to creating fated romances. We all know the idea that meeting once is a chance, meeting twice is a coincidence, and meeting three times is fate. Sometimes it can be too corny, but “Do You Like Brahms?” takes a softer approach and creates a serendipitous connection between Song Ah and Joon Young. First, Song Ah catches Joon Young’s eye when she is kicked out by the conductor for the concert. She tries to fight for her seat but ultimately fails. Then later on that night, he sees her twice more after the show—once where her friend congratulates her for playing and then again when she’s in the rain and frantically covering up her violin case to protect it. The last of their coincidental meetings before being officially introduced is when Song Ah finds him in a practice room playing piano.

These meetings set up their connection quite nicely. None of the meetings are corny or over-the-top, and instead, they feel effortless and organic. There’s a general awkwardness between the pair as they are strangers, but it feels endearing. Despite their awkwardness, they both seem curious about the other, and they seem like two lonely souls coming together. While their respective love triangles between their friend groups may lead to some serious heartbreak down the line, it’s already clear that these two will find some solace with each other. There’s a certain subtleness to this drama that makes it soothing to watch, and it’s easy to fall in love with.

From looks alone, Joon Young is already a dashing male lead. However, what makes him even more appealing to viewers is his soft and sweet nature to help others. This is especially true as he comes to Song Ah’s defense more than once and goes out of his way to help her. From breaking the atmosphere when she is getting kicked out of the concert, to letting her stretch out her sore legs before joining their team for dinner, and to giving her his full cup of coffee since hers leaked, he clearly already cares for her in some capacity. The coffee scene, in particular, stands out as his friend Han Hyun Ho (Kim Sung Cheol) points out that he doesn’t drink coffee.

Sometimes, when a male lead takes an immediate interest in the female lead, he easily oversteps boundaries and comes off too strong. Joon Young’s character takes an understated approach which is refreshing. He’s a foil to the loud, over-confident male leads that we so often see, and one can only assume his softer charms will grow as the drama progresses.

LOVED: Song Ah reading the room between Joon Young and his friends

One detail about Song Ah’s character that stands out in the premiere episodes is her perceptiveness. While she doesn’t outright say it, you can tell she easily understands the unspoken words between the people she’s around. This is especially true as she observes Joon Young’s interactions with Lee Jung Kyung (Park Ji Hyun) and Hyun Ho. While they all seem to get along well, Song Ah watches them with a careful eye and seems to pick up on the tension between Joon Young and Jung Kyung.

The best part about these scenes is Song Ah doesn’t offer any harsh judgment. While she picks up on something else happening, she goes out of her way to try and make things less awkward between the four of them. She’s very thoughtful to those around her and desires to make a good impression. She’s a very likable character, and it only makes viewers root for her happiness even more. It’s also this trait that leads to a promising set-up between Song Ah and Joon Young. While the pair is already drawn to each other, their connection will presumably deepen due to their mutual understanding of unrequited love.

LOVED: The maestro telling Joon Young to follow his heart

The classical music world is cutthroat, to say the least. “Do You Like Brahms?” does not shy away from the competitive nature of the field, and many of the secondary characters are quick to point out how Joon Young, Song Ah, and the other musicians are lacking. Joon Young, in particular, is struggling as he admits to himself that he doesn’t really know how he feels about the piano, and in fact, he hasn’t enjoyed it much. A sweet scene is when a maestro, who comes to watch his private performance, tells him he shouldn’t play for everyone and should follow his heart instead. 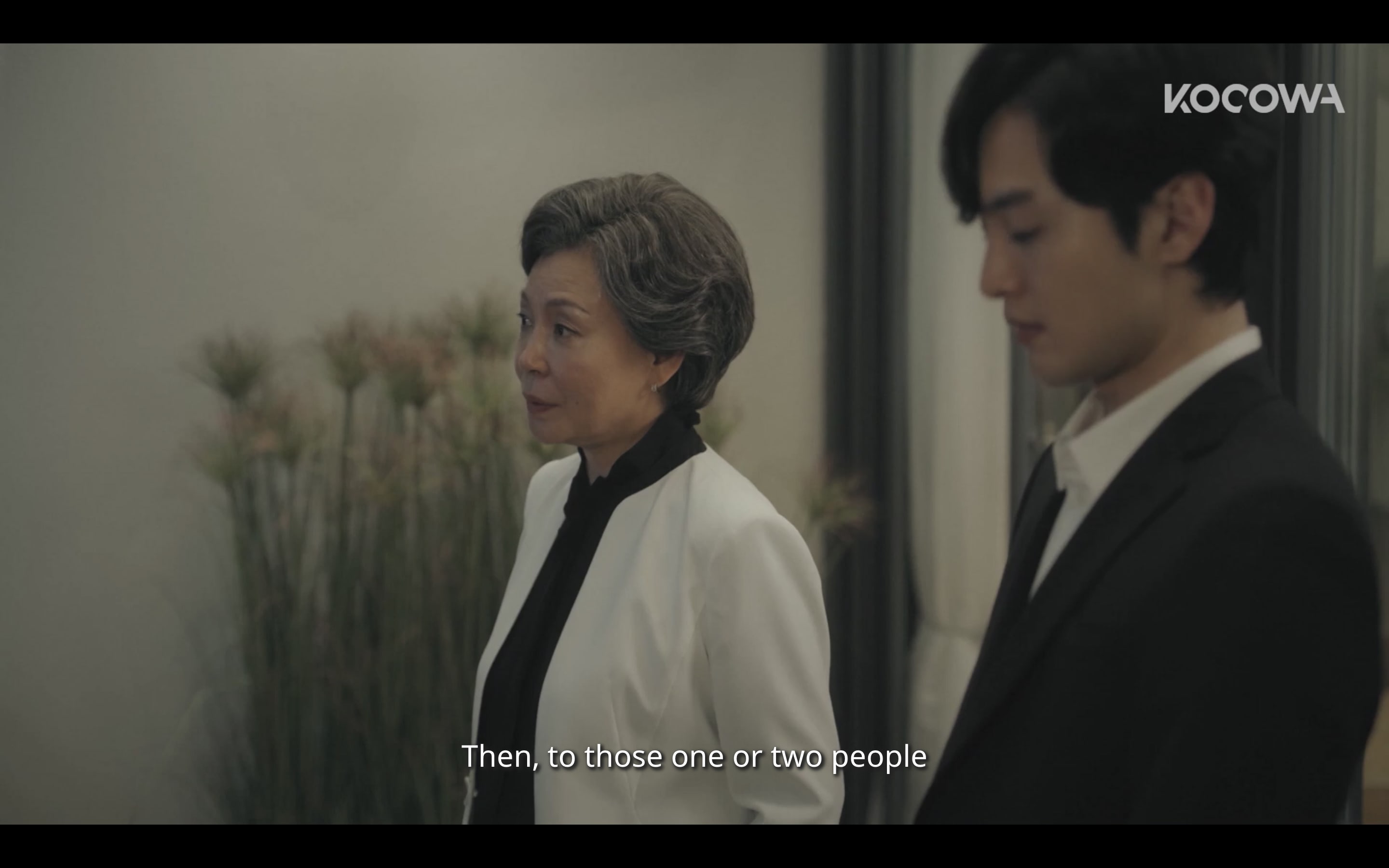 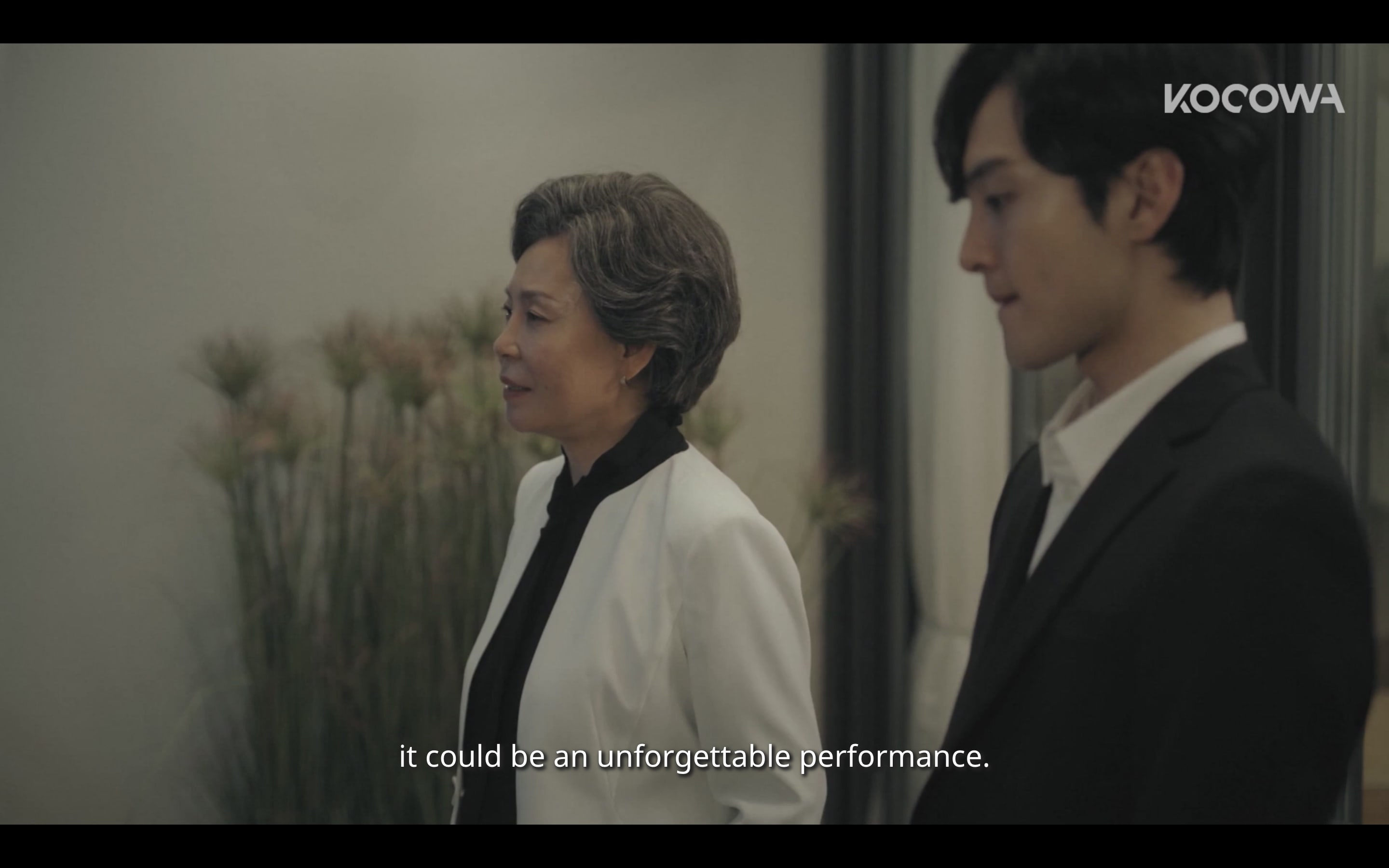 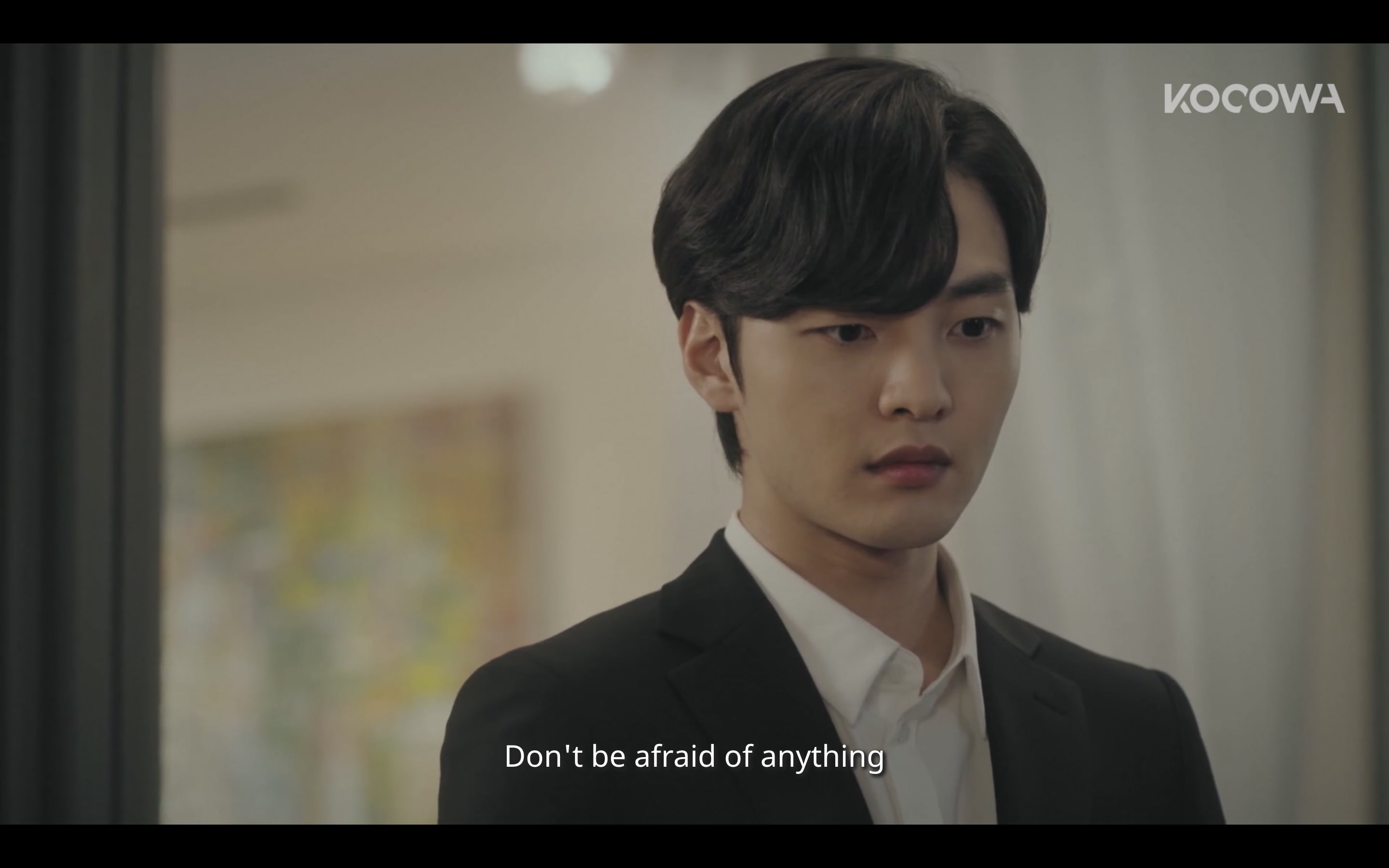 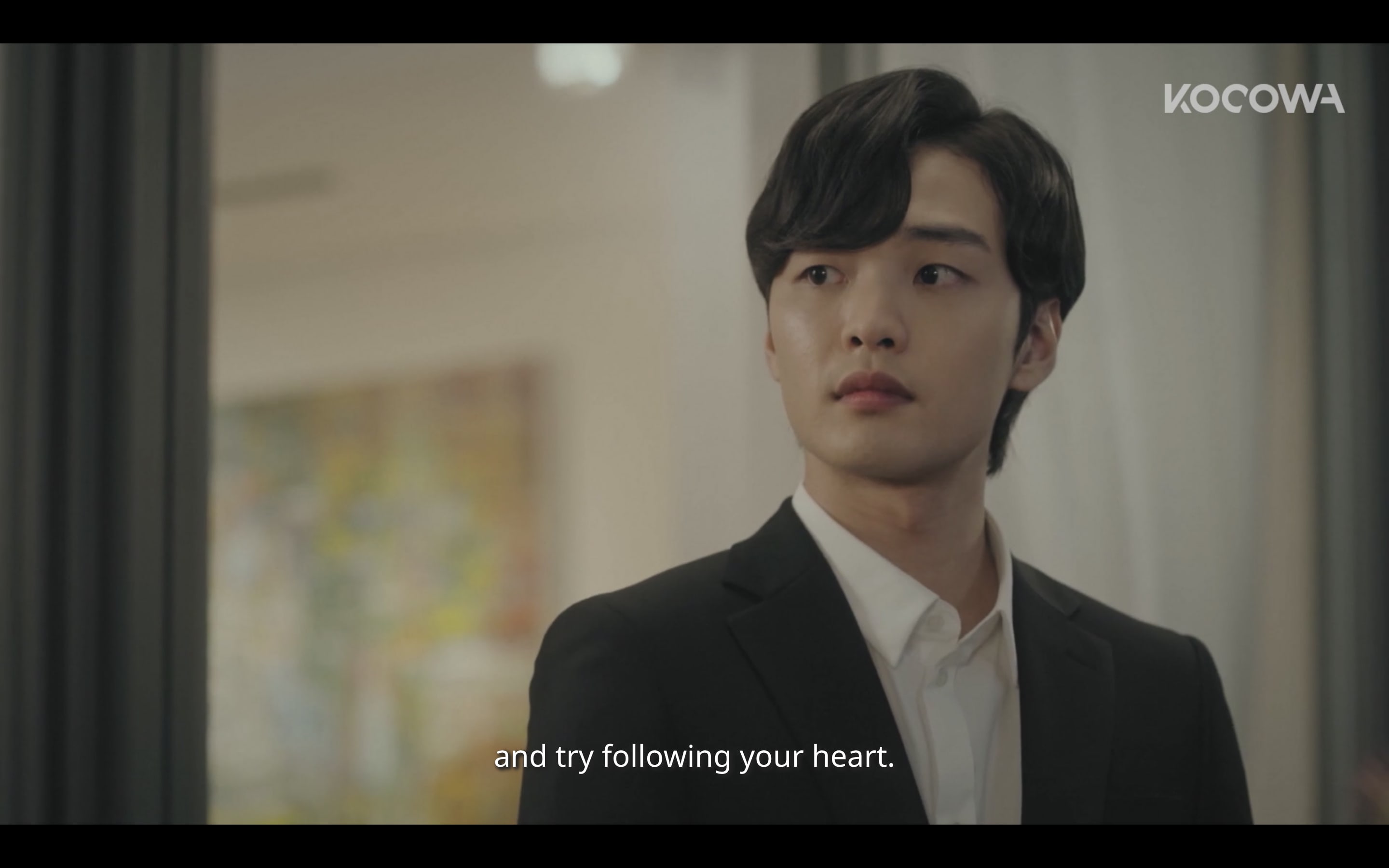 This scene felt much needed after watching Joon Young struggle with his feelings throughout the premiere episodes. It’s clear that he’s struggling to find his place in the world like any young adult. This scene also leads in perfectly to the scene where Song Ah asks him how he felt about his performance and admits his previous performance of Schumann’s Träumerei touched her heart more. While Joon Young doesn’t offer an answer, you can see him ponder on her words. 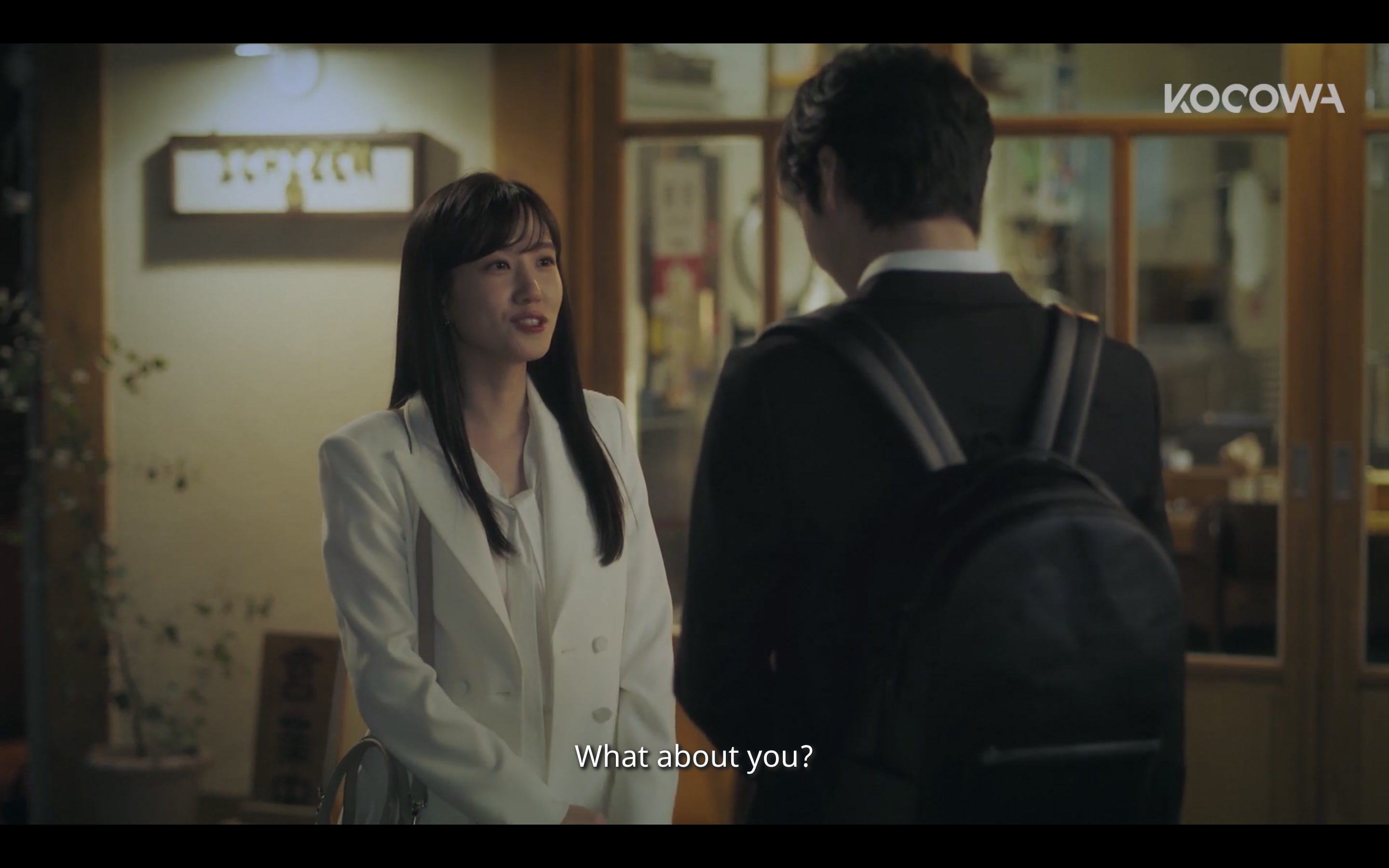 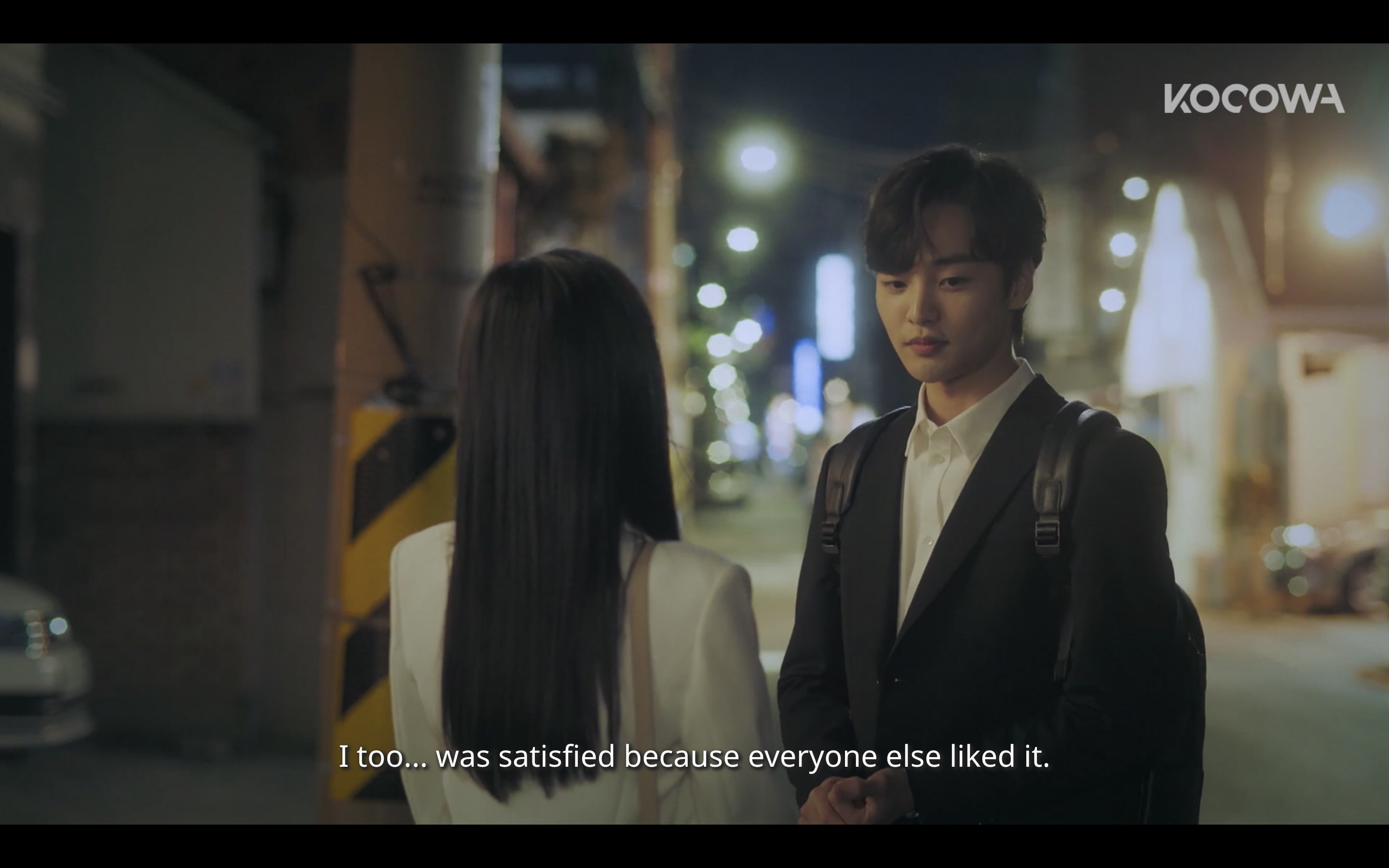 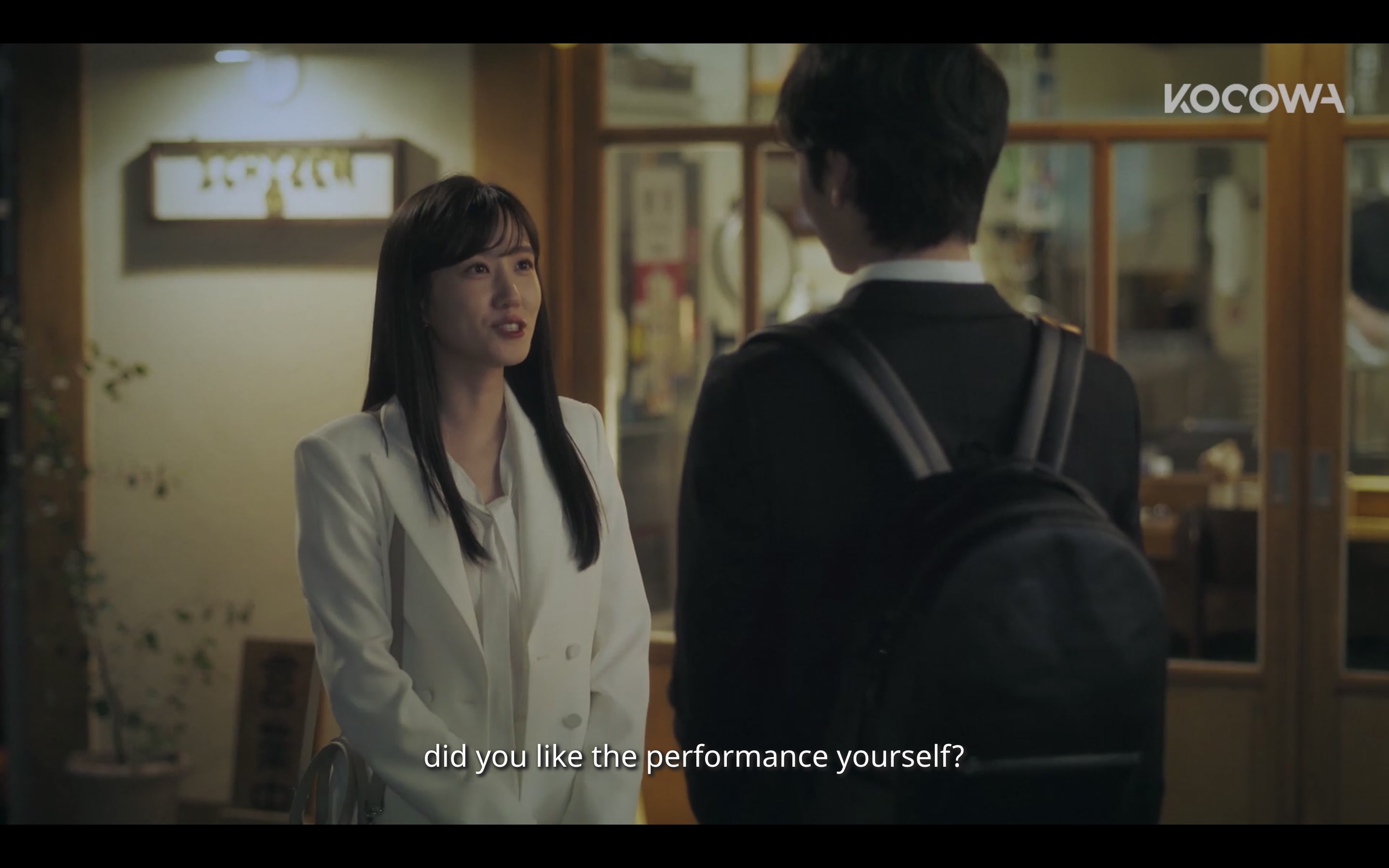 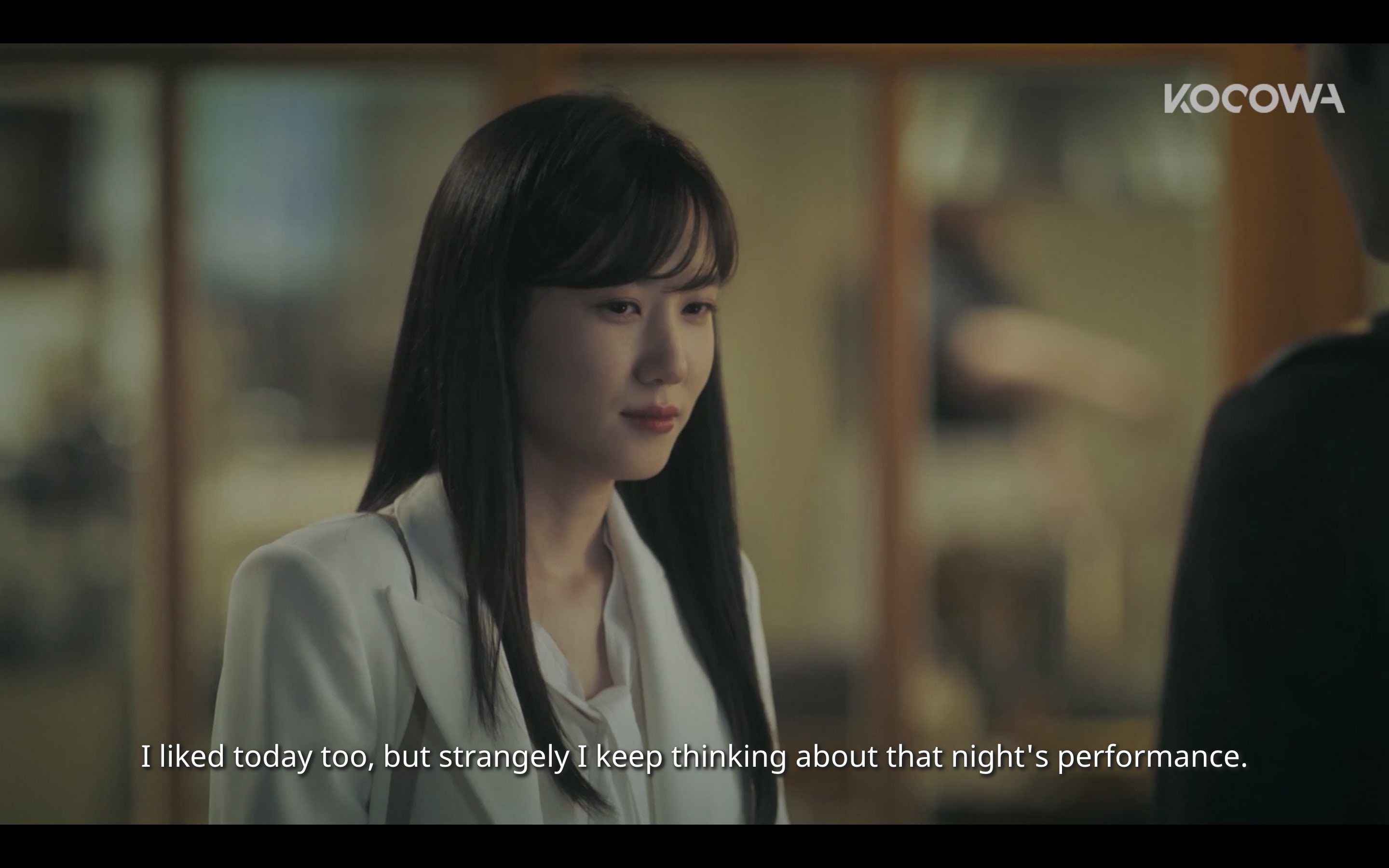 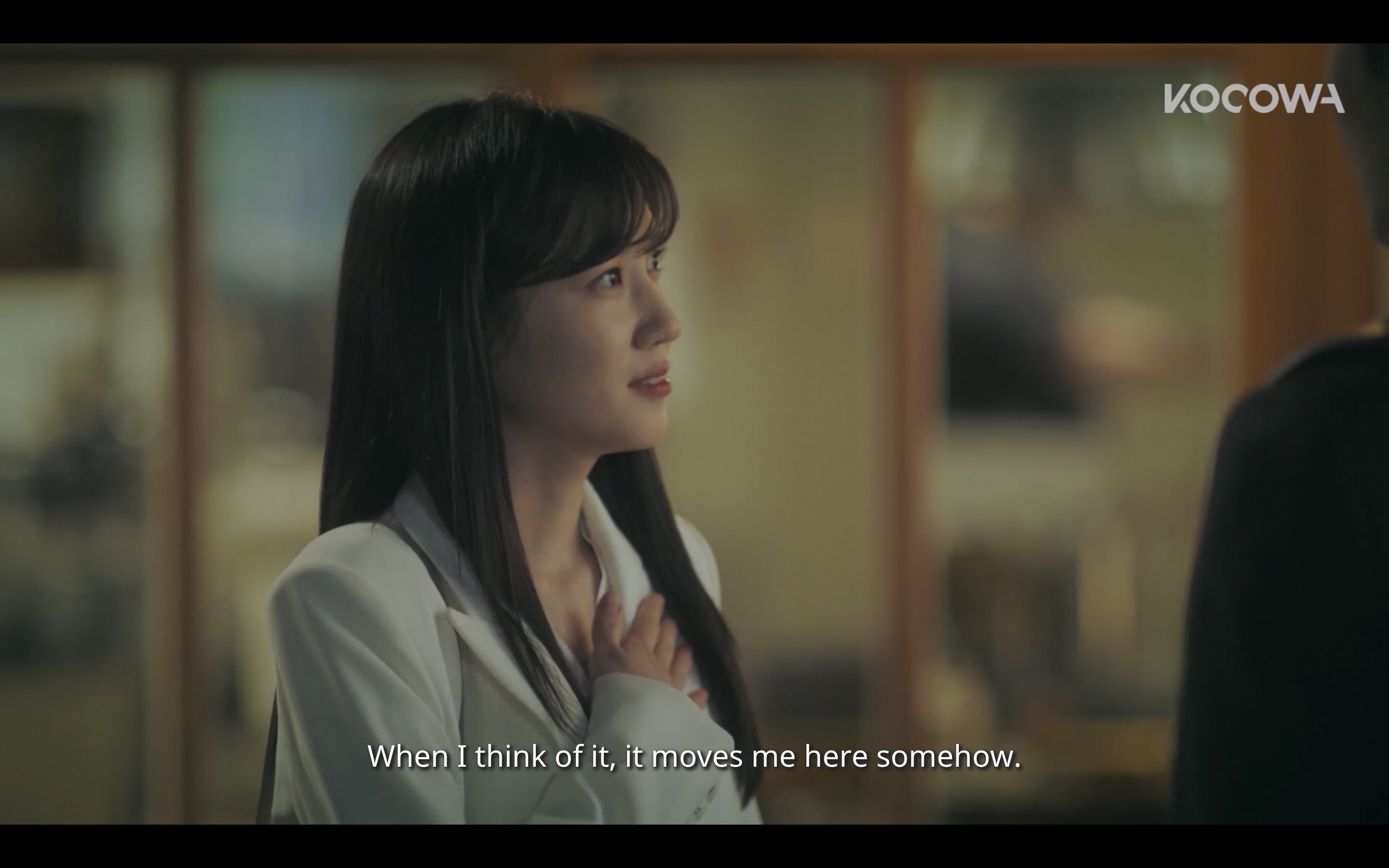 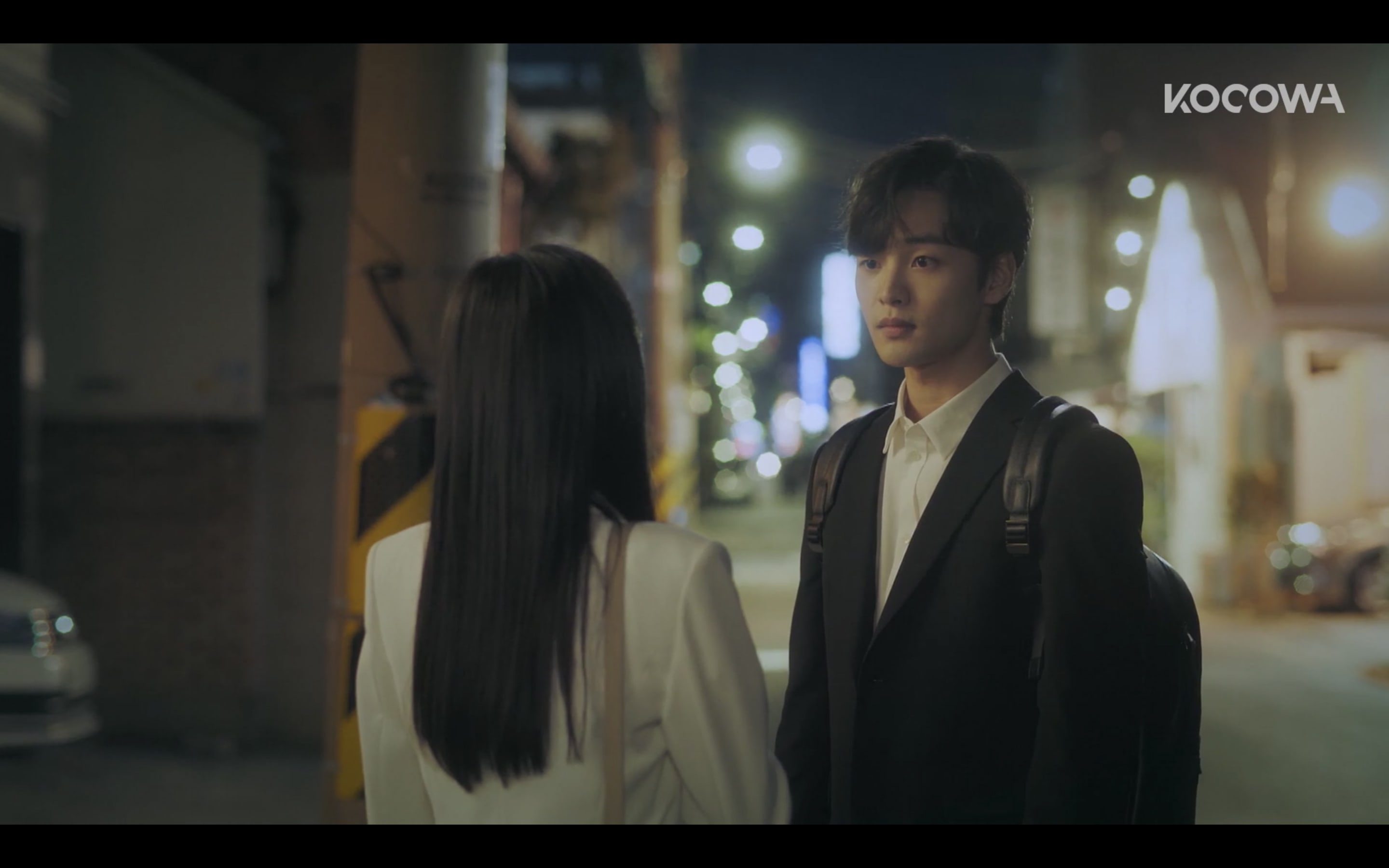 A big part of Joon Young’s arc will be about him navigating his feelings towards the piano and shaping the type of player he wants to become. These scenes provide some optimism and promise that the drama will allow him to heal his insecurities and find a happy ending of his choosing.

Love triangles in K-dramas almost always have a second lead who is up to no good. While Jung Kyung is rather tame thus far in comparison to the stereotypes fitted along with this type of role, she leaves a mixed impression. It’s clear she cares for both Joon Young and Hyun Ho, but she’s stringing them both along until she figures out her feelings. In the second episode, when the pair discusses their secret kiss, Jung Kyung asks if she should get married to Hyun Ho. She asks this specifically to see Joon Young’s reaction. A chilling voiceover from Song Ah cues the viewers in on Jung Kyung’s true feelings. She kissed Joon Young because she was jealous that he was somewhere without her and wanted to test to see if he still cared about her. 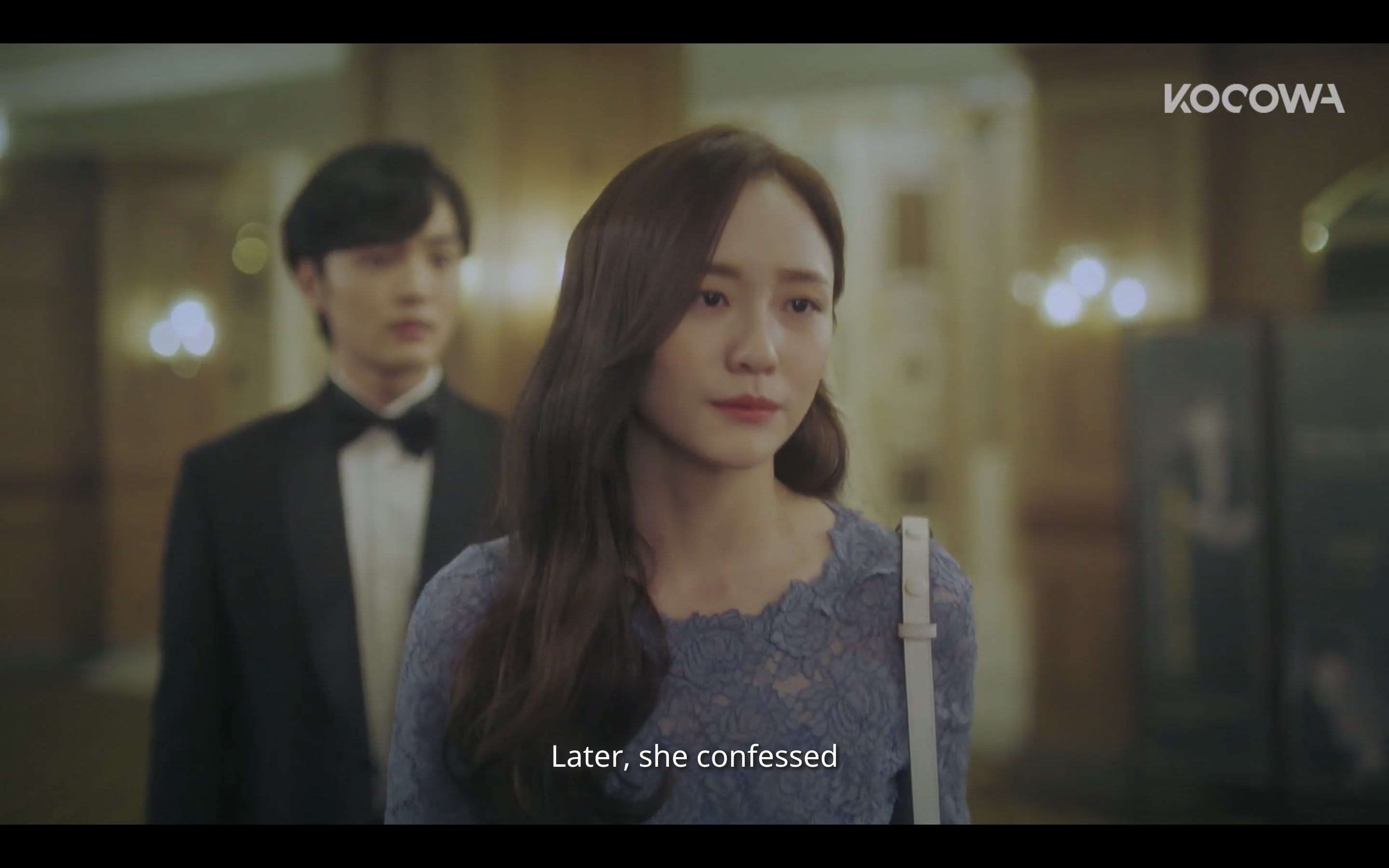 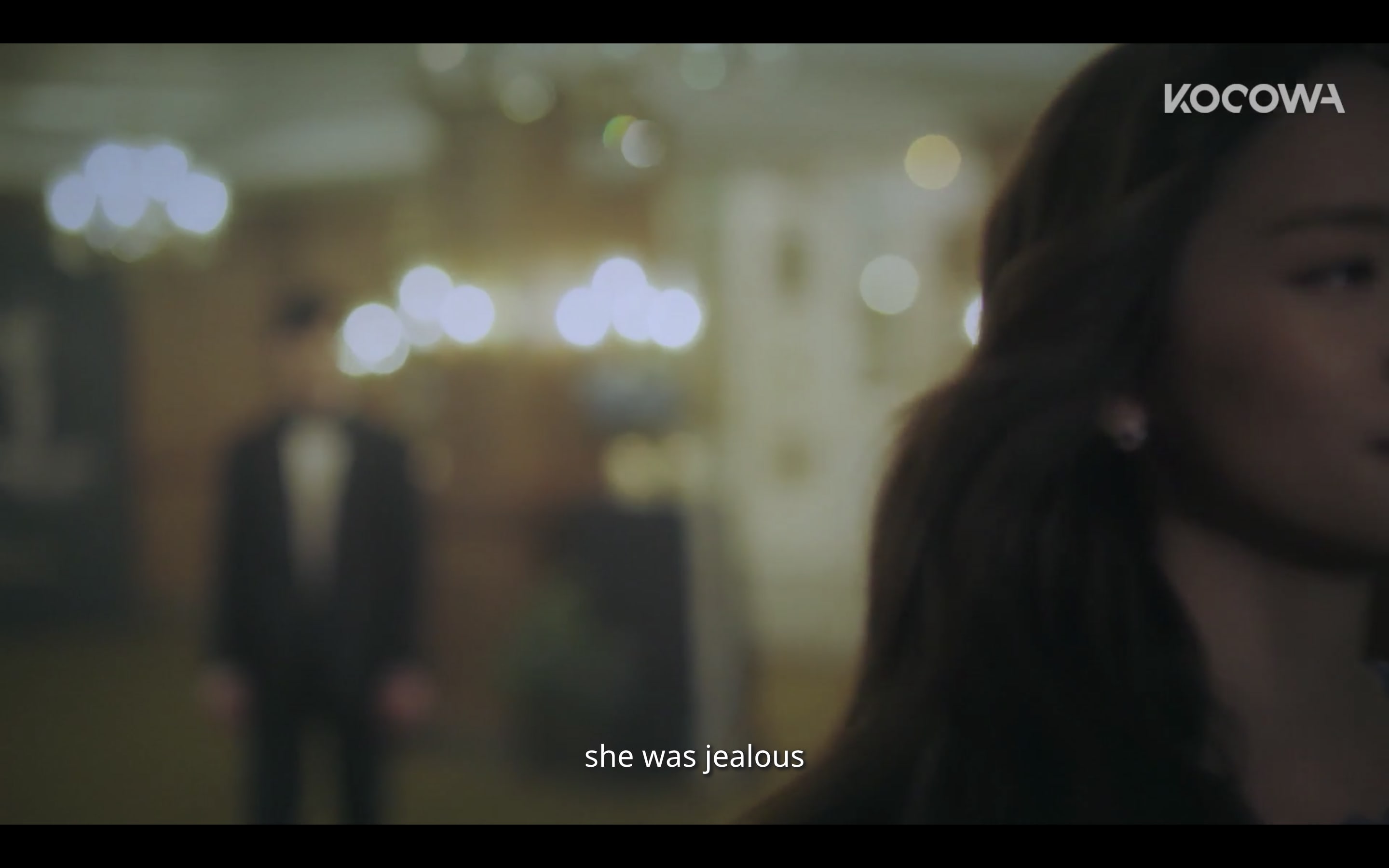 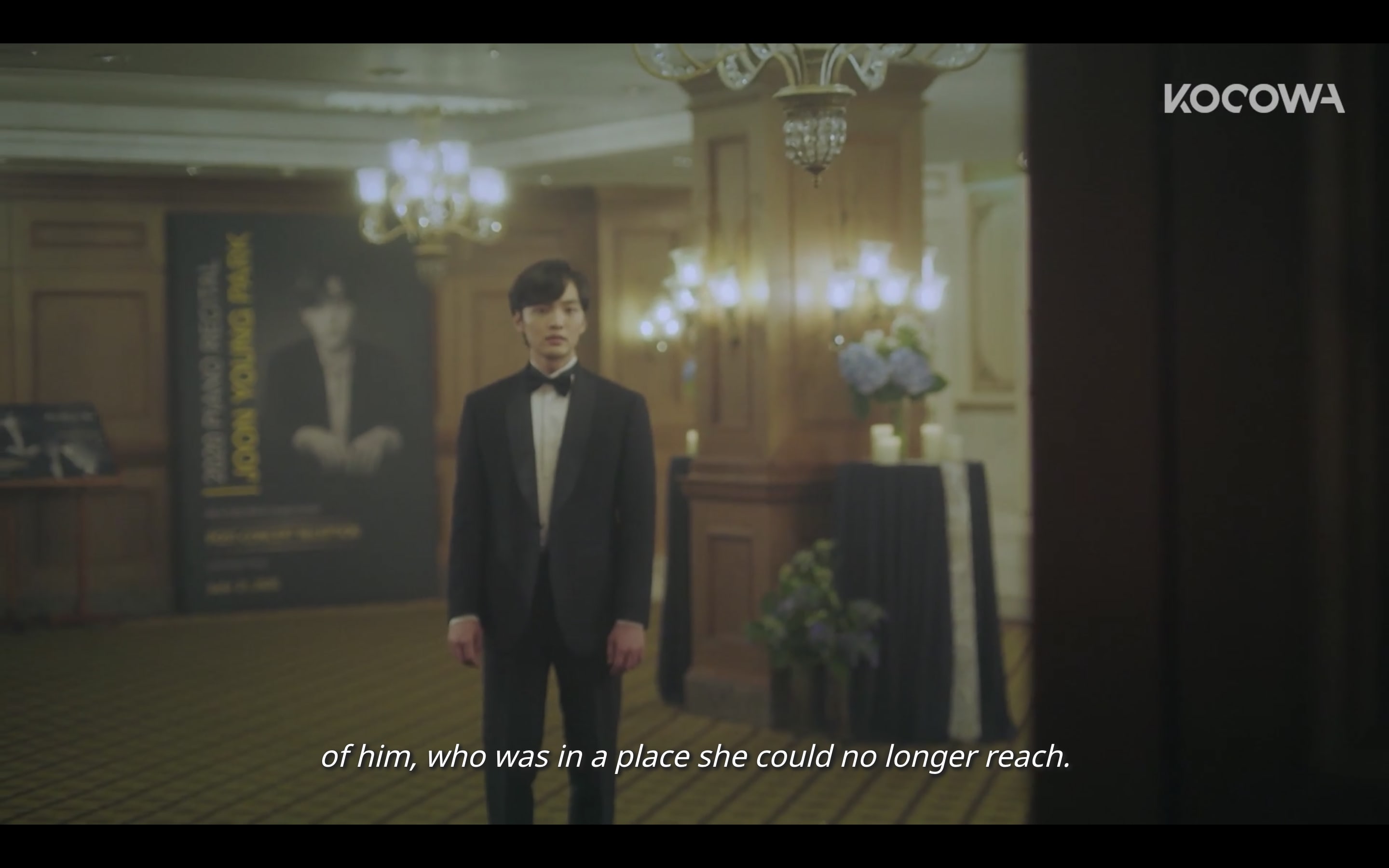 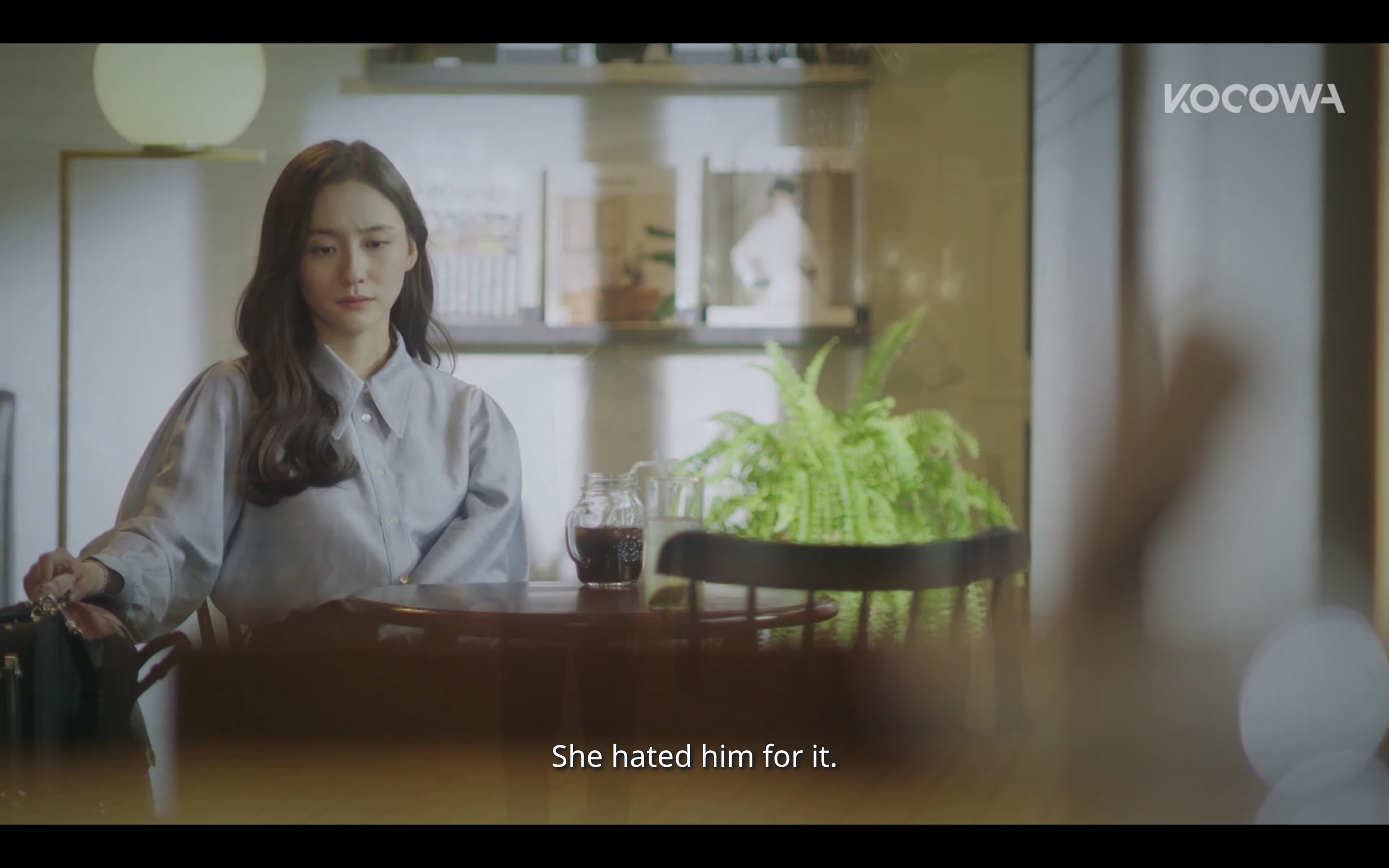 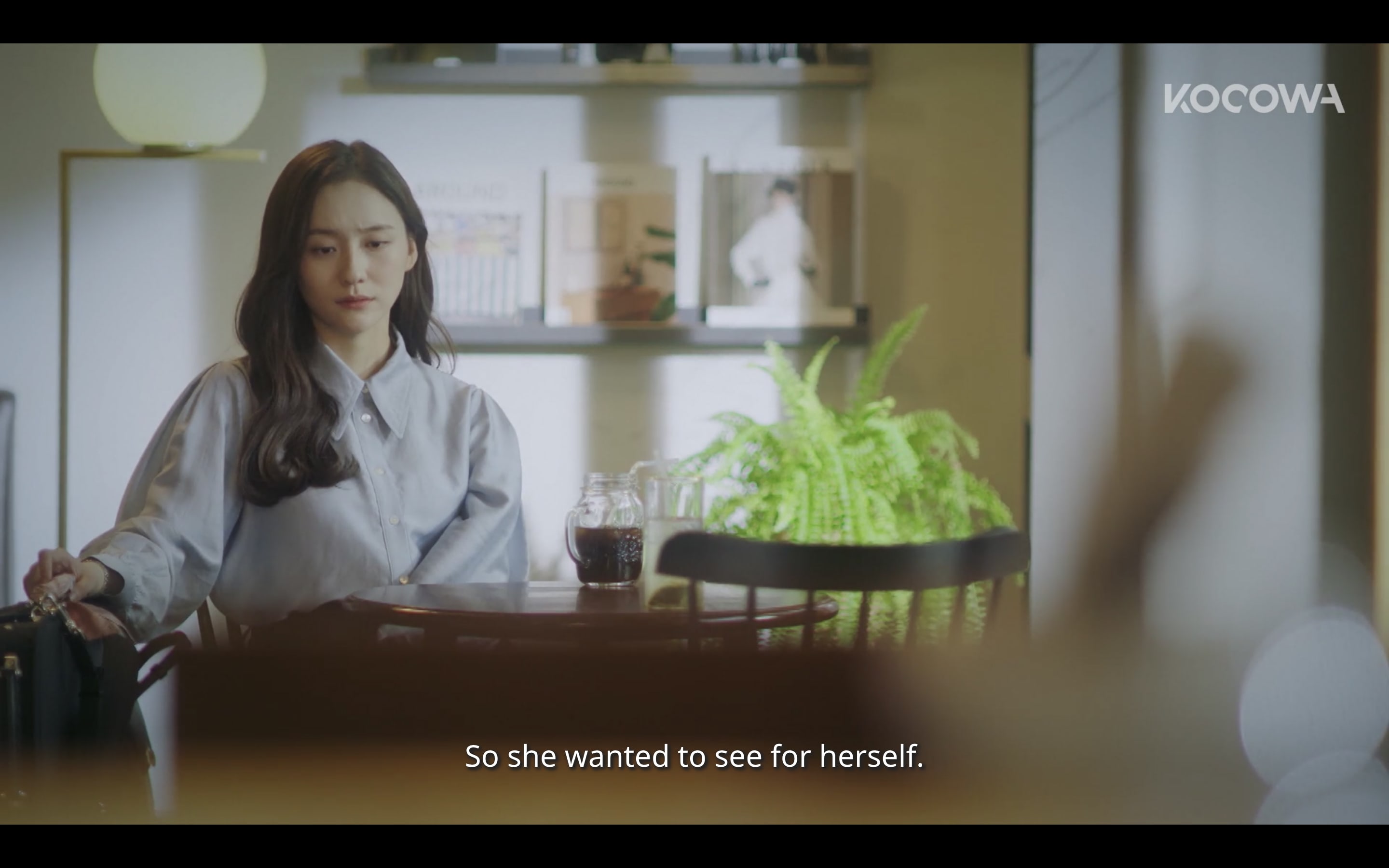 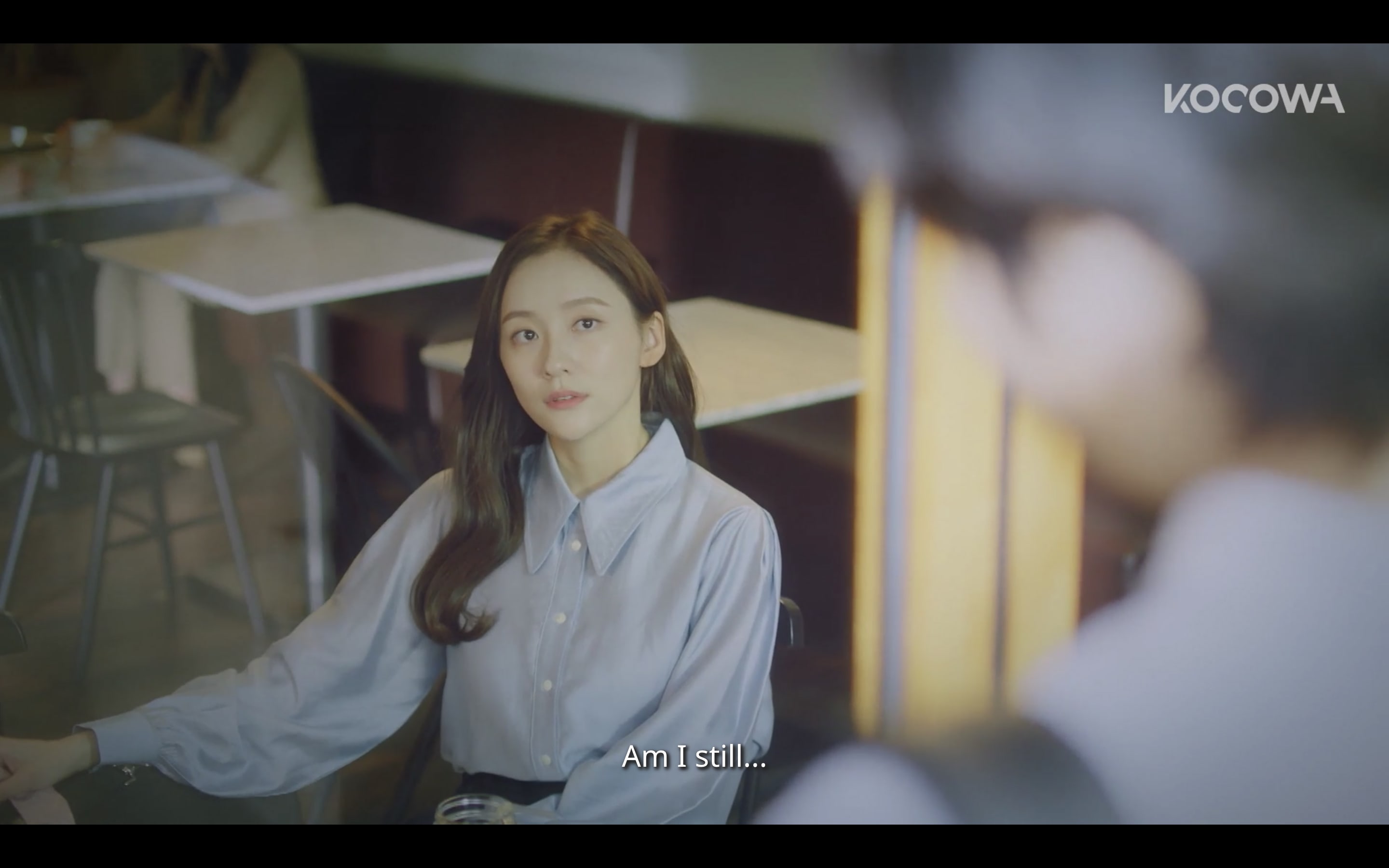 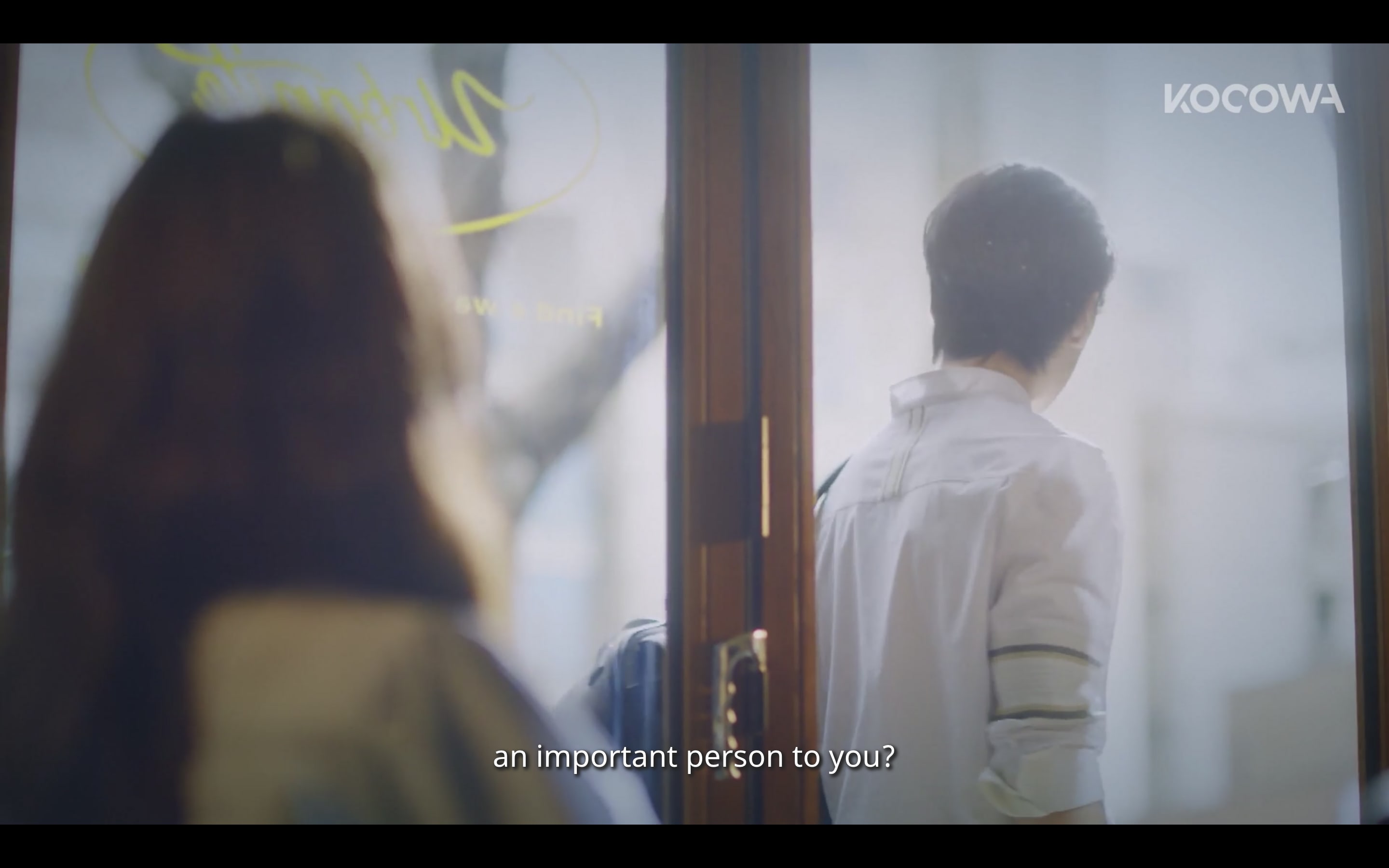 To be fair, she doesn’t leave the worst impression. It’s clear that throughout her life she has experienced huge tragedies, and one can definitely understand her motivations. After all, no one is perfect. However, it does seem that her inability to decide what, or rather who, she wants will cause deep conflict between the trio. If her feelings have changed about Hyun Ho, she should have an honest discussion with him about it instead of turning to Joon Young and playing with his feelings. Being manipulative, possessive, and initiating unspoken tests of loyalty to someone you care about is never a good outlook to have on love. One can only hope that her character will be able to work through these feelings in a healthy way instead of becoming a stereotypical toxic second lead.

Catch the premiere episodes below:

Hey Soompiers! Did you enjoy the premiere of “Do You Like Brahms?” What were your favorite parts? Let us know in the comments below!

Soompi Spotlight
Park Eun Bin
Kim Min Jae
Do You Like Brahms
How does this article make you feel?