The upcoming Netflix series “The School Nurse Files” has shared an enchanting poster!

The fantasy drama is based on an award-winning novel of the same name, and it’s about Ahn Eun Young (played by Jung Yu Mi), a school nurse who pursues and exorcises ghosts in creative and funny ways. She ends up teaming up with Hong In Pyo (Nam Joo Hyuk), a teacher who has an incredible aura of energy that protects him.

The first poster for the show features Ahn Eun Young and Hong In Pyo standing against a backdrop of the city at sunset. The jellyfish and whale in the sky around them aren’t real animals, they’re actually “jellies” that only Ahn Eun Young can see. These jellies are the invisible residue left behind by the desires of living things. While they can be harmless, they’re dangerous to humans if they’re contaminated, so Ahn Eun Young has spent her life eradicating them.

With Ahn Eun Young in her school nurse coat and wielding a rainbow toy lightsaber, the two characters are holding hands. Through the touch of their hands, Hong In Pyo is able to pass on his energy to Ahn Eun Young, which recharges her as she fights the jellies.

The poster reads, “Welcome to the Ahn Eun Young’s strange and beautiful world.” 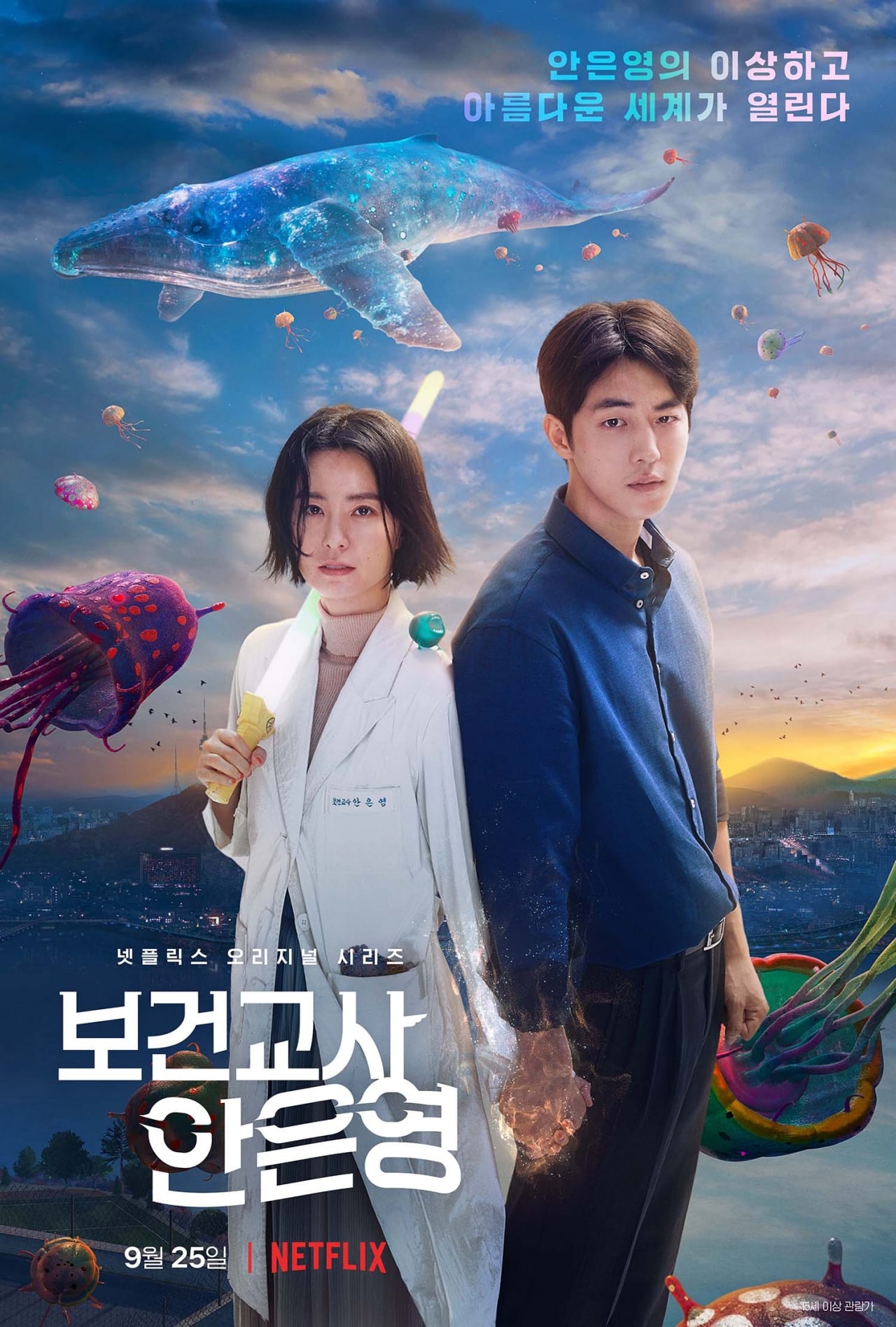 Watch Jung Yu Mi in the film “The Table” here!

And watch Nam Joo Hyuk in the drama “Radiant” below!