In the beginning of the clip, Lee Joon Gi and Moon Chae Won work with actor Kim Ki Moo to create a thrilling scene. First, Lee Joon Gi films with Kim Ki Moo alone. Kim Ki Moo lights up a piece of a paper, but he flinches in shock when flames suddenly appear before his eyes. Lee Joon Gi can’t help but burst into laughter, and Kim Ki Moo admits he got really scared. 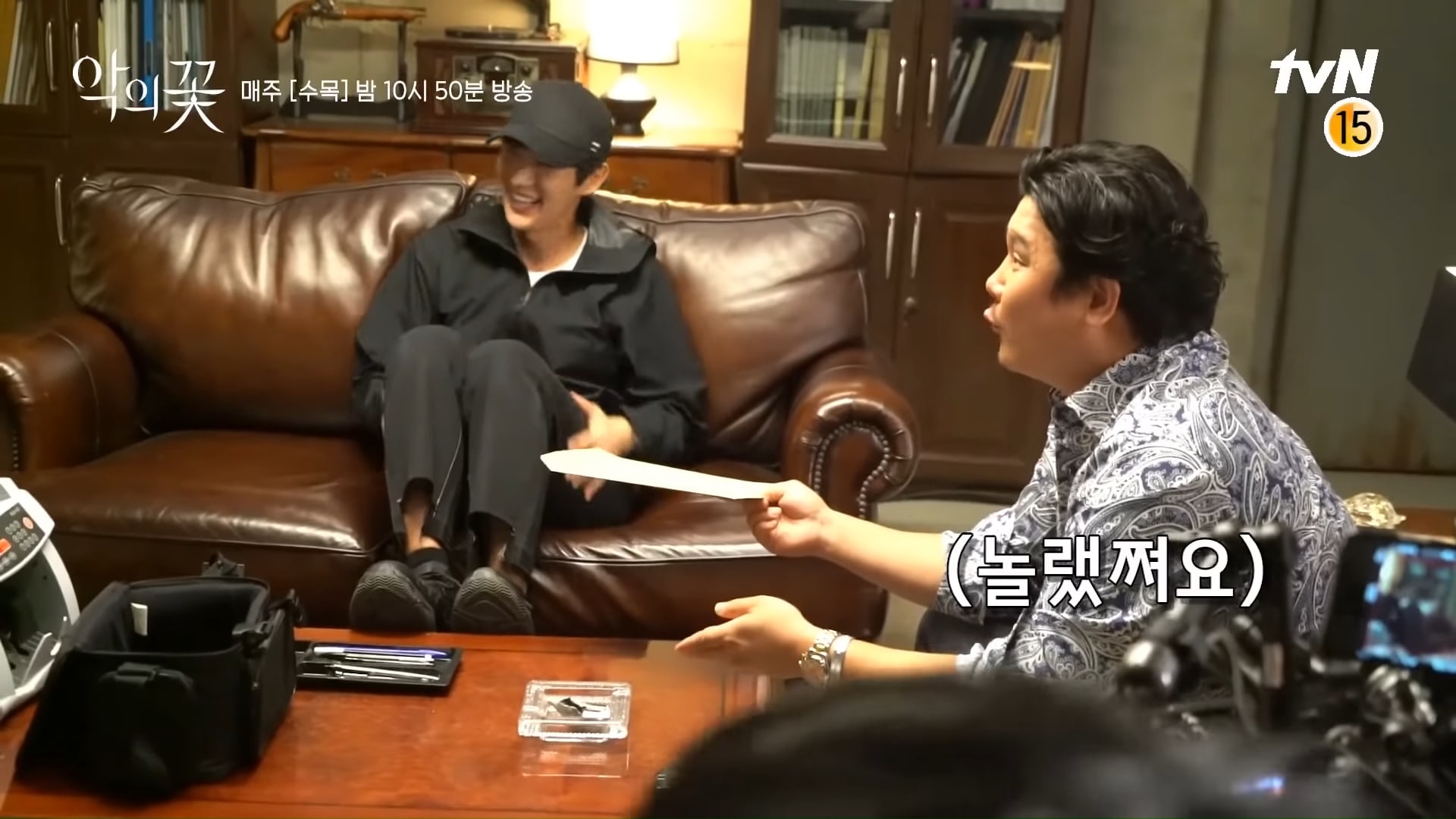 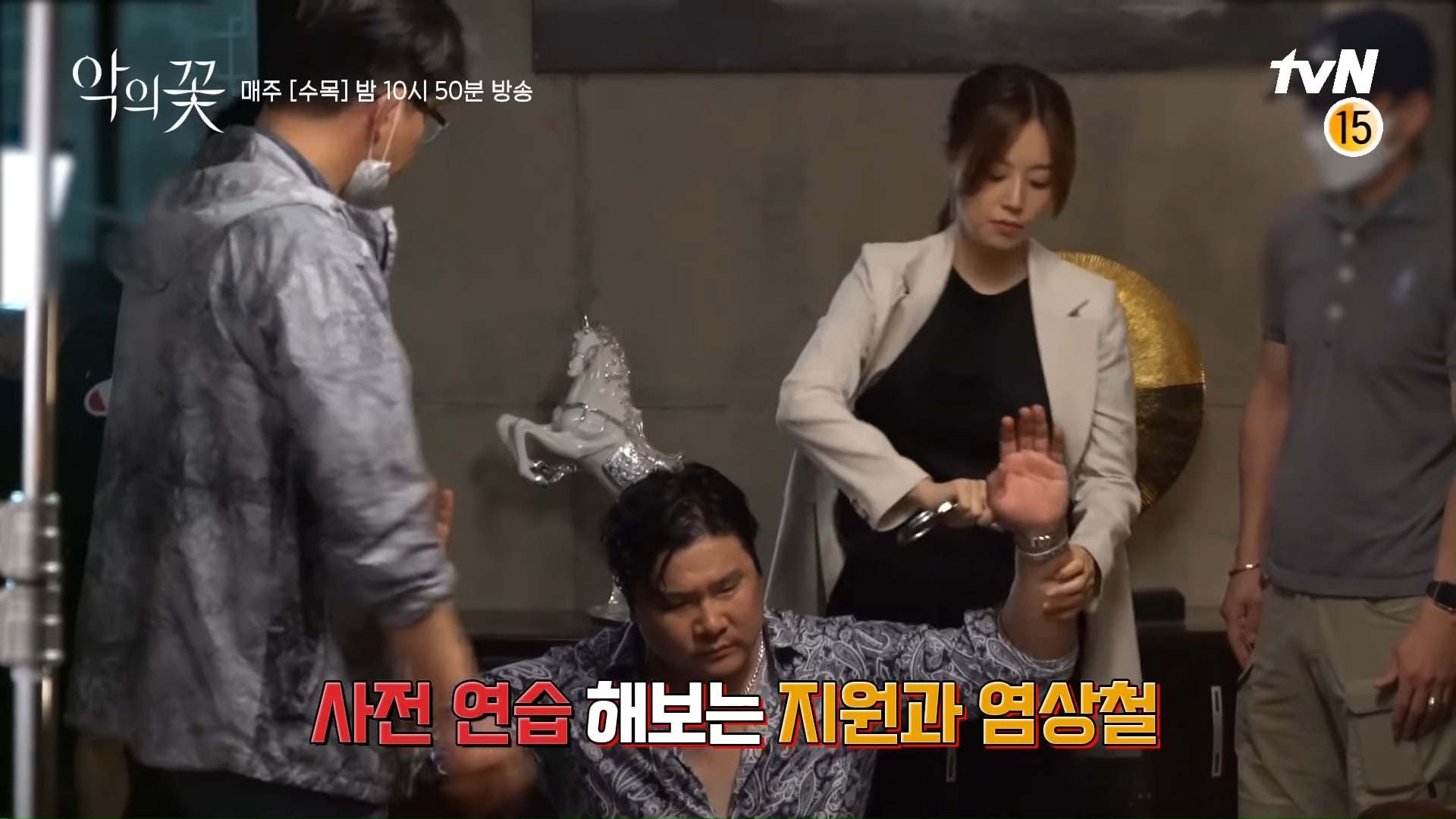 They film a scene where Lee Joon Gi and Moon Chae Won come out of the building hand-in-hand. However, they continuously make bloopers due to various reasons. In one outtake, Moon Chae Won abruptly turns around, causing Lee Joon Gi to lose his grip on her and stumble. He breaks into a little jig to make the accident look more natural. 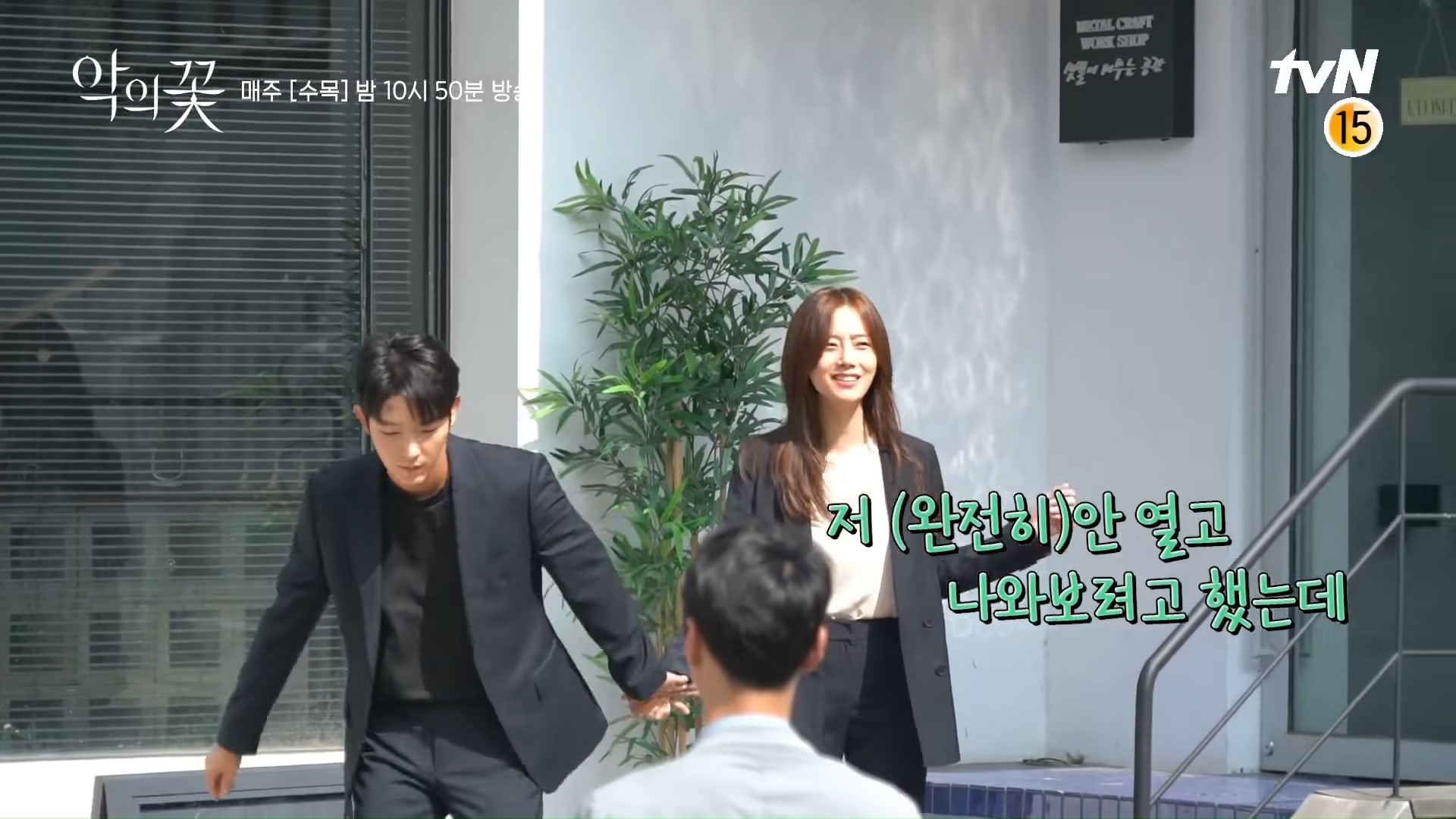 Moon Chae Won and Lee Joon Gi continue to film together, and they discuss different ways to portray each scene. He does his best to make her comfortable and knows how to make her relax when she gets flustered by her mistakes. 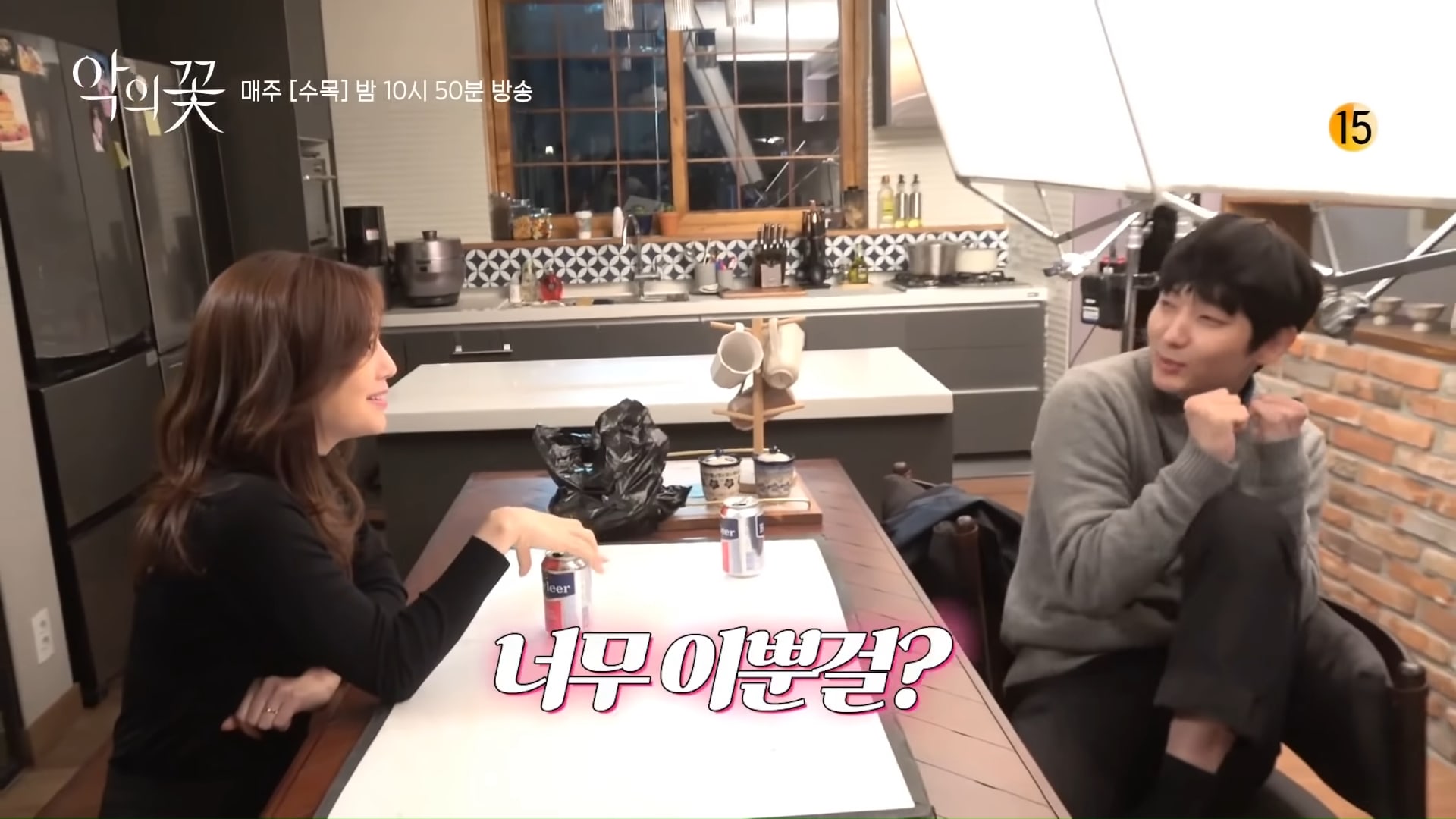 In one scene, the two actors have to film a sweet scene where she asks him to confirm his love for her. Before they start filming, they go over the lines with the director. Lee Joon Gi leans in for a kiss, which catches Moon Chae Won off guard, and she asks, “It’s a kiss?” The director clarifies he’s supposed to kiss the back of her hand, and Moon Chae Won teases Lee Joon Gi.

Lee Joon Gi quickly turns to the script and explains he misunderstood the directions. Moon Chae Won chuckles at him and the two actors joke around about their interpretations of what the script was telling them to do. Lee Joon Gi laughs and says, “I’m very faithful to the directions, you know!” 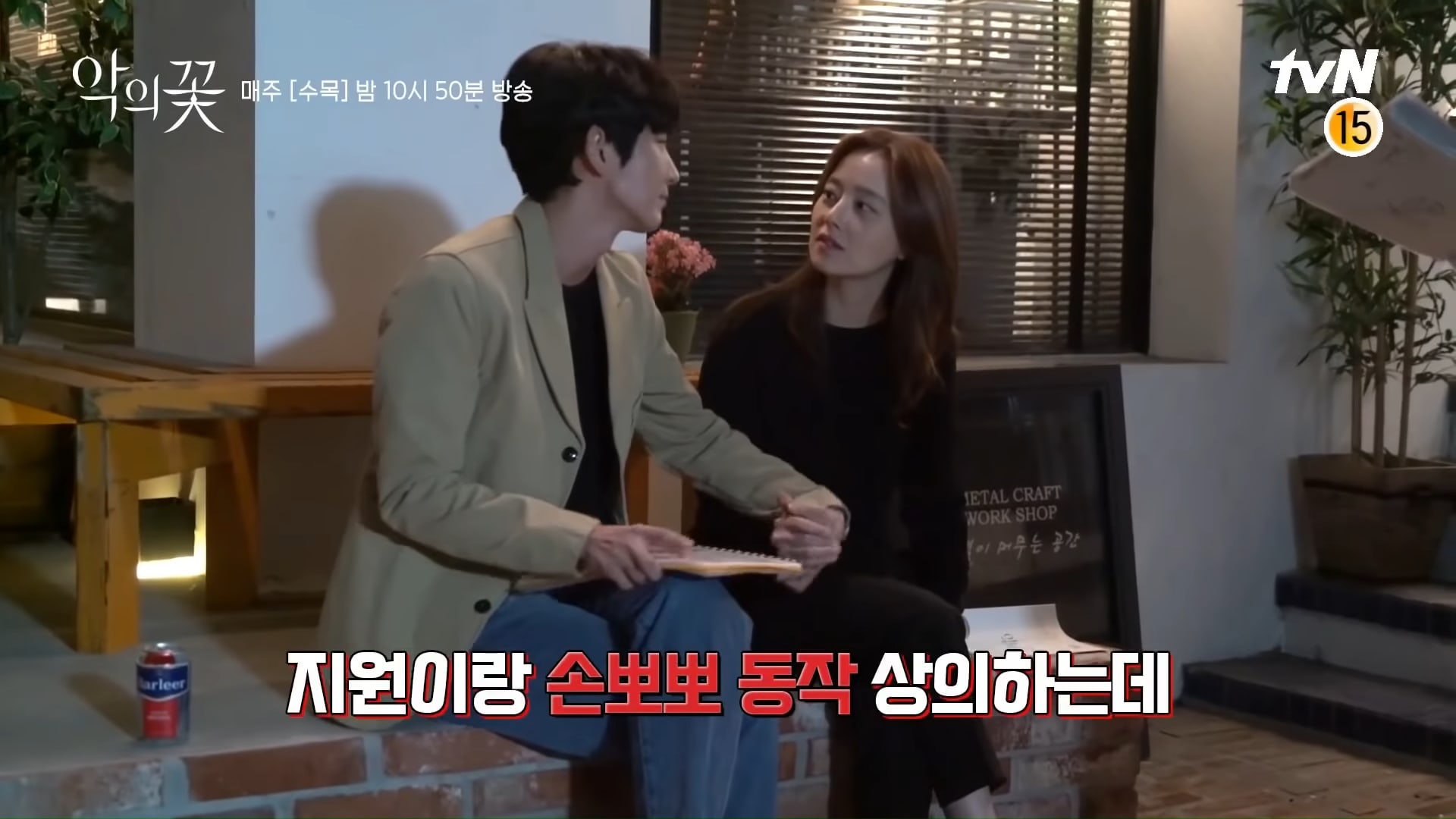 Check out the latest episode of “Flower of Evil” on Viki: