Hwang Jung Eum Talks About Her Approach To Rom-Coms, Describes Her Co-Stars In Latest Dramas, And More

After her latest drama “To All The Guys Who Loved Me” wrapped up with its finale on September 1, Hwang Jung Eum took part in a written interview with the press the next day.

The drama is a romantic comedy starring Hwang Jung Eum as Seo Hyun Joo, a woman who gives up on love and marriage after repeated heartbreaks lead her to the conclusion that all men are alike. Just when she has finally thrown in the towel, two men who are polar opposites suddenly walk into her life and engage in a fierce battle to win her over.

Hwang Jung Eum shared that she was charmed by her passionate and determined character Seo Hyun Joo. “She’s someone who works very hard,” she said. “I don’t think that everyone sets a goal and then works or dates in order to fulfill a dream. I think most people work hard because they’re given a job to do and they keep their dreams in a corner of their heart, thinking about them once and a while. I liked that about Hyun Joo. She works hard and puts a lot of thought in, but to be honest she lives like that because that’s how she has to live everyday.” Hwang Jung Eum explained that she’d been attracted by how Seo Hyun Joo seemed to strive for perfection but was ordinary in how she still dreams, and she liked that while she was realistic about marriage, she had dreams about love too.

When asked how satisfied she personally is when it comes to work and love, Hwang Jung Eum said, “I’m the type that looks at the world positively. That’s why I often think that I’ve been able to continue acting and be happy because I’ve had the chance to be in good projects and meet good people. I feel grateful every day, so I think I feel satisfied about everything.”

“Recently, I uploaded photos of my old projects on social media,” she said. “When I looked at the photos of my characters in past dramas, I remembered how much fun I had acting during those times, and it was good to remember my initial intentions. I’m very grateful for this job where I can act on set and portray great characters.” 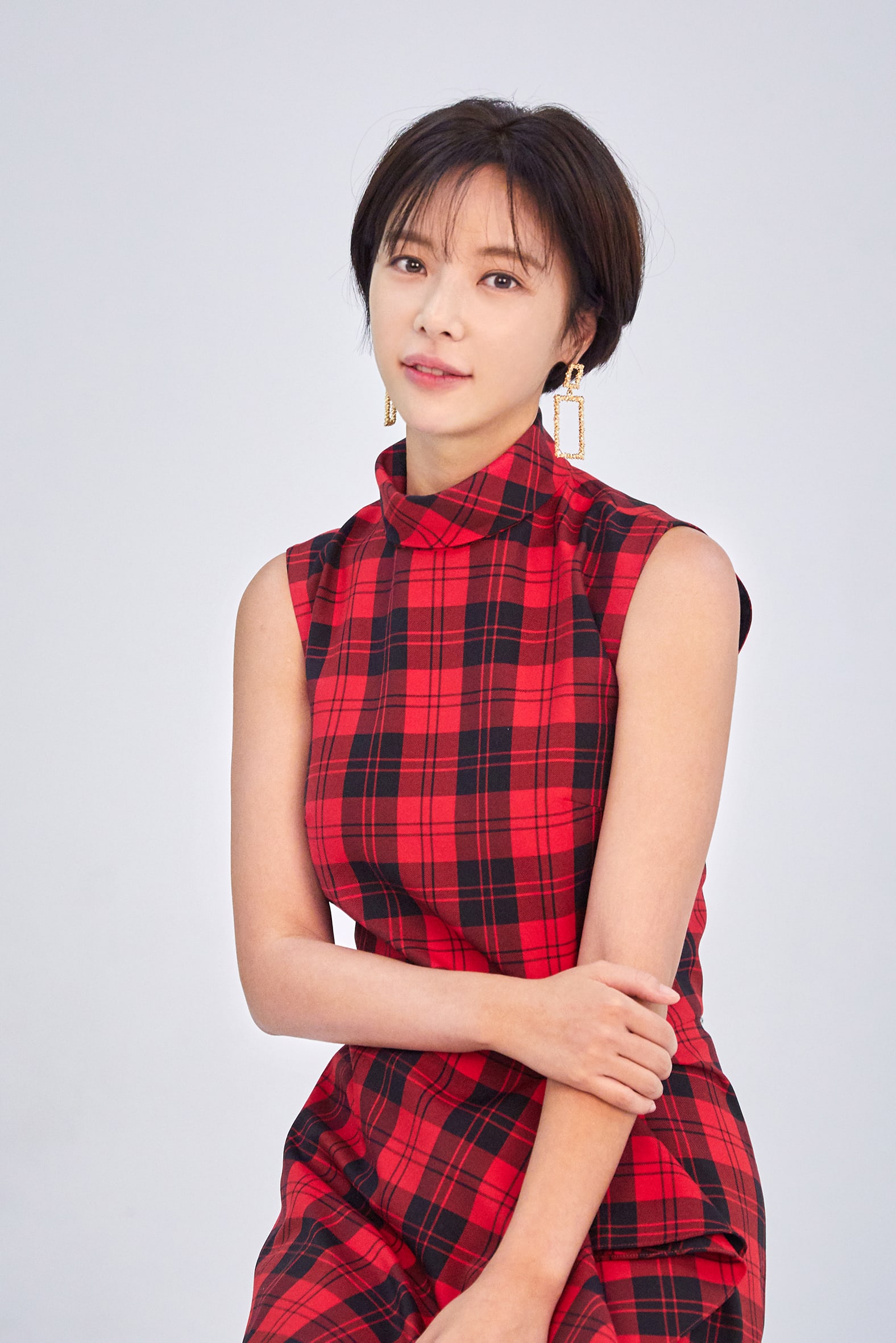 In the drama, Seo Hyun Joo chose her “fated” Hwang Ji Woo (played by Yoon Hyun Min) over younger man Park Do Gyum (Seo Ji Hoon) who only had eyes for her.

When asked who she’d choose in real life, Hwang Jung Eum said, “The two characters have really different charming qualities so I think I’d worry about the decision a lot, but still, I think I’d choose Ji Woo who’s like a sunflower that waited for me with memories of past lifetimes.” She added that while both men cherished and protected her character for a long time, she thinks maybe her heart would go to him first because of their shared love and sad farewells in former lives.

This year, Hwang Jung Eum also starred in the drama “Mystic Pop-Up Bar,” and she shared her thanks to the viewers of both dramas. She said, “Something similar about the two dramas is that both my characters were proactive people who often made refreshingly sharp comments, so I think that’s why I had even more fun filming.”

With many fans of “Mystic Pop-Up Bar” calling for a second season of the show, Hwang Jung Eum said, “I have a deep love for Wol Joo of ‘Mystic Pop-Up Bar.’ If the director, cast, and staff who worked so hard on it wanted to work together again, then I’d want to be in it.”

Hwang Jung Eum has become known as a “queen of rom-coms” and she was asked to talk about her signature genre. “Thankfully, viewers relate a lot to my acting,” she said, sharing that many viewers seem to think of her as a friend or an older sister. “I know that people like relaxed and relatable performances, so I try to be as realistic as possible when I’m acting. I enjoy stories about people’s lives, so I think that’s why I’ve done a lot of romantic comedies.”

“Some of my real self goes into all of my characters, but I try to show something new every time,” she continued. “Also, I don’t set out to be funny just because it’s a romantic comedy, and instead I act with total sincerity.” 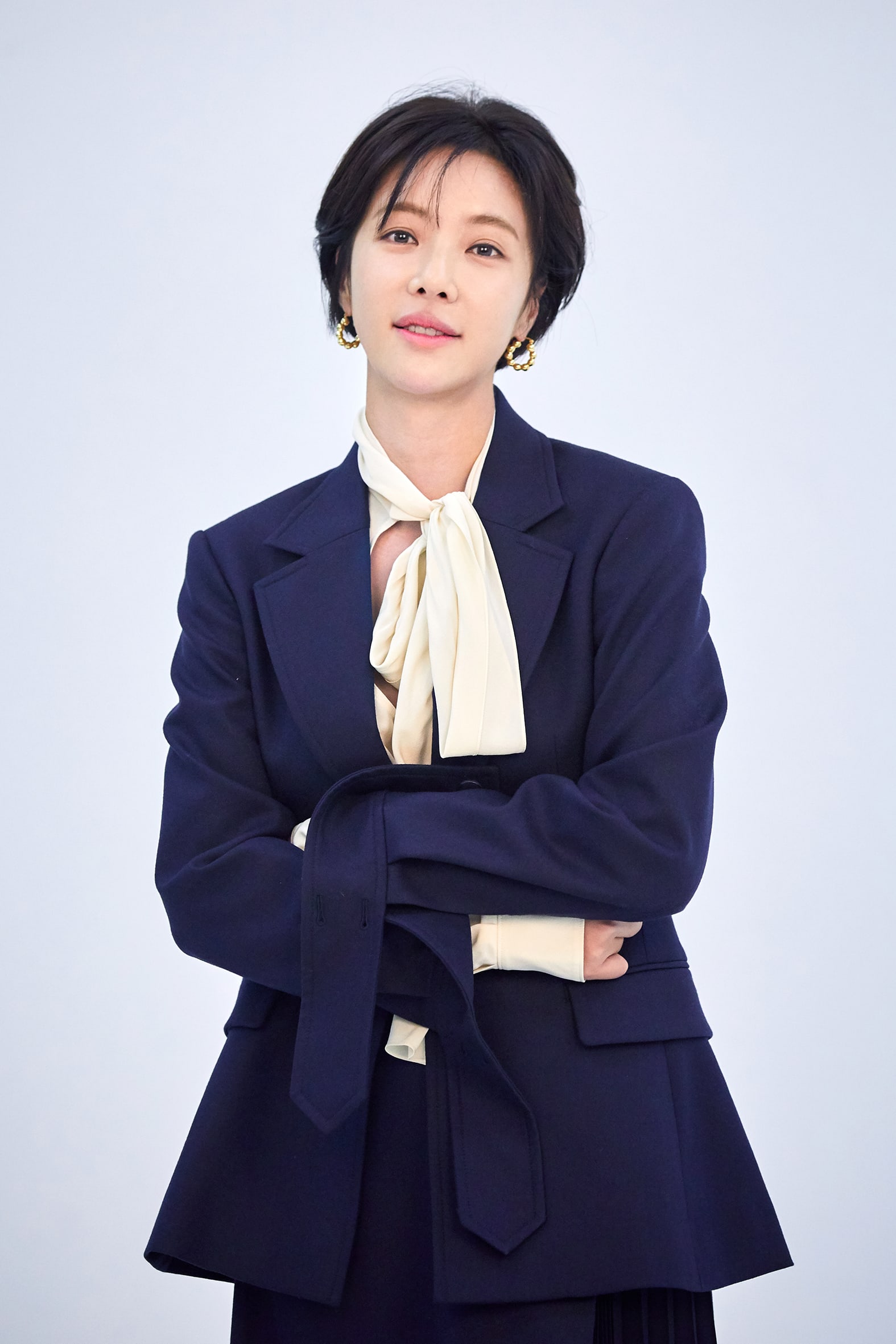 Hwang Jung Eum also spoke about her co-stars in her two recent dramas. She said that Choi Won Young was the mood-maker on the set of “Mystic Pop-Up Bar” and helped her a lot as she created the character of Wol Joo. She went on to say, “Yook Sungjae is younger than me but friendly, and I always felt reassured while acting with him. He’s really good at acting, fun, and kind.”

She thanked her “To All the Guys Who Loved Me” co-star Yoon Hyun Min, saying that he’s always joking around in real life and that she found him charming whenever there were funny points in his scenes, considering how serious his character was. “Ji Hoon is an actor with an innocent charm,” she said. “I was also happy while filming with Choi Myung Gil, whom I admire. We were able to wrap up the filming while feeling like a family.”

On the topic of her future plans for upcoming works, Hwang Jung Eum said, “I still don’t have any concrete plans. I filmed the two dramas back to back, so I’m trying to take some time to recharge. I’m reading the books I had to put off reading during that time and working out, so I’ll be back as an improved version of myself. I’m going to return with a performance and a project that will make it so people can gain strength when they watch me.”

Watch the “To All the Guys Who Loved Me” finale below!

Hwang Jung Eum
To All the Guys Who Loved Me
How does this article make you feel?