Episode 11 of “Flower of Evil” is an intense emotional rollercoaster. Perhaps it was a blessing in disguise that episode 12 was postponed because there is so much to revel over in this episode alone. Fans who have been waiting for Cha Ji Won (Moon Chae Won) and Do Hyun Soo/Baek Hee Sung (Lee Joon Gi) to finally come together and work as one team are sure to be overjoyed. Here are the things we loved and hated about episode 11.

Warning: spoilers for the episode below.

Kim Mu Jin (Seo Hyun Woo) has been a character that teeters the line between being likable and dislikable. On one hand, he doesn’t have the best track record when it comes to his treatment of Hyun Soo, but this week he really steps up. When he realizes that Hyun Soo is in danger, he does his best to make a distraction so they can escape. However, the plan fails, and he gets stuck in a cat and mouse chase with Yum Sang Chul’s henchman (Park Gwang Jae) in a parking garage. As he crawls his way underneath cars to hide, he starts a livestream and warns his followers that if something happens to him, they need to call the police. 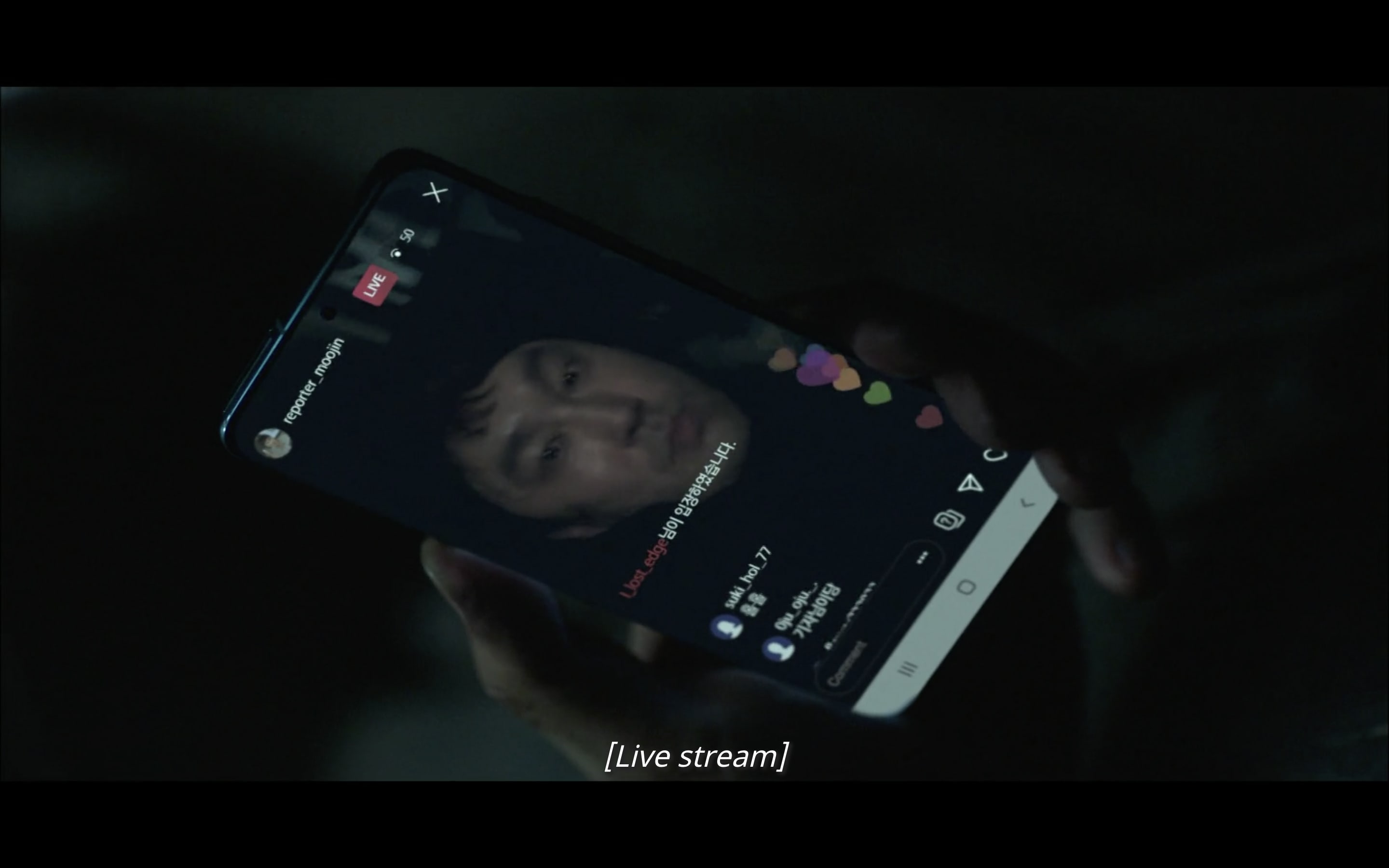 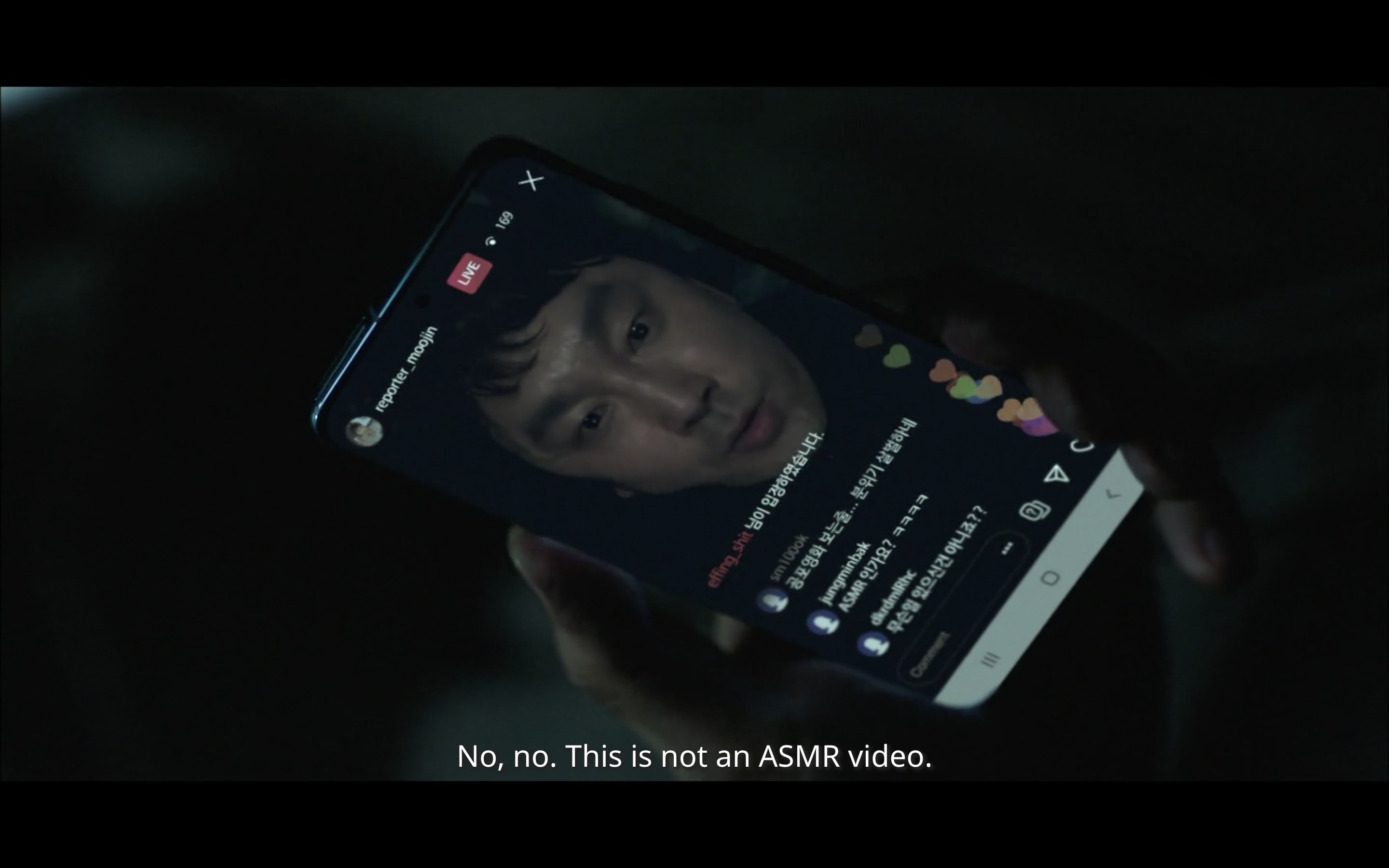 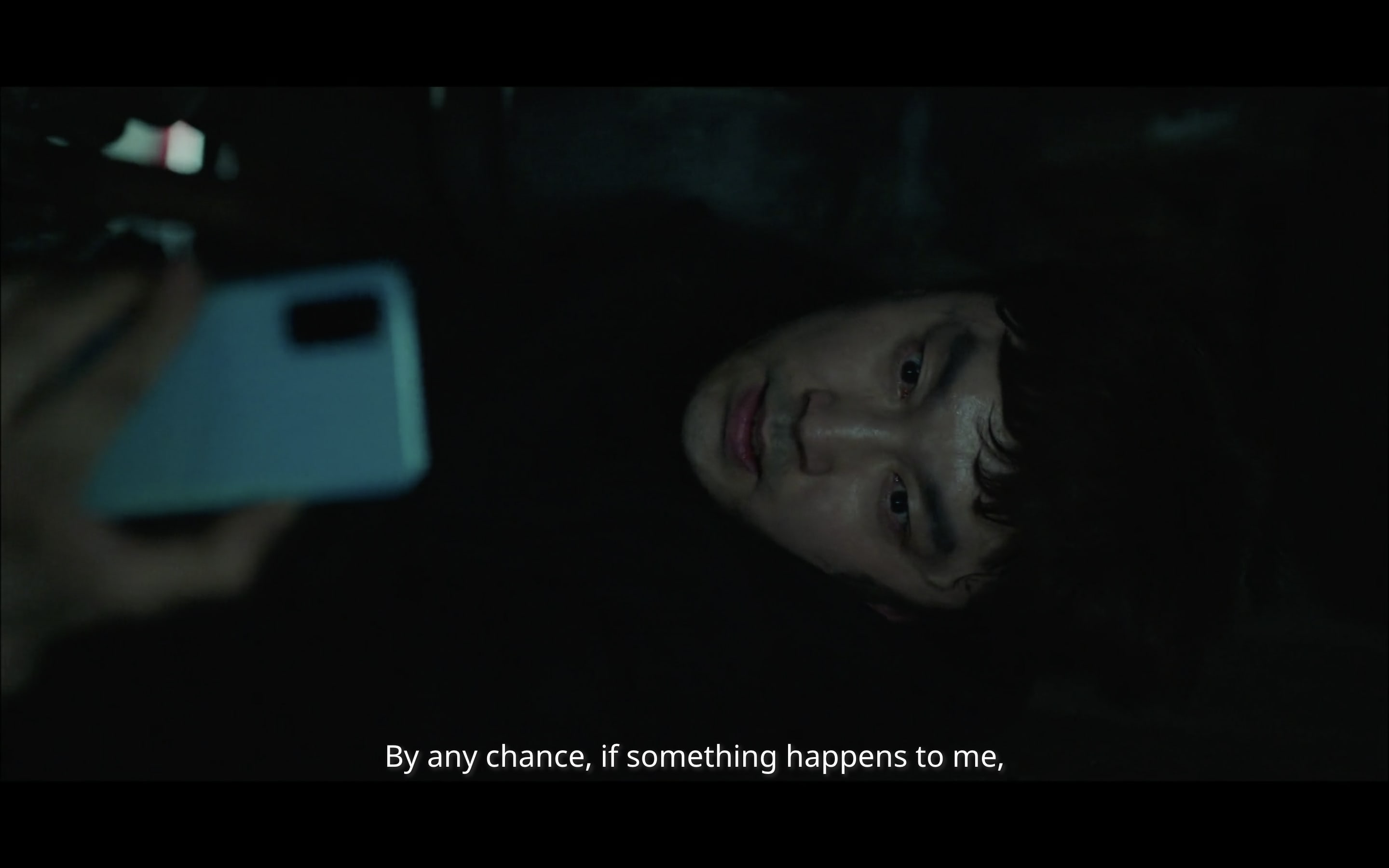 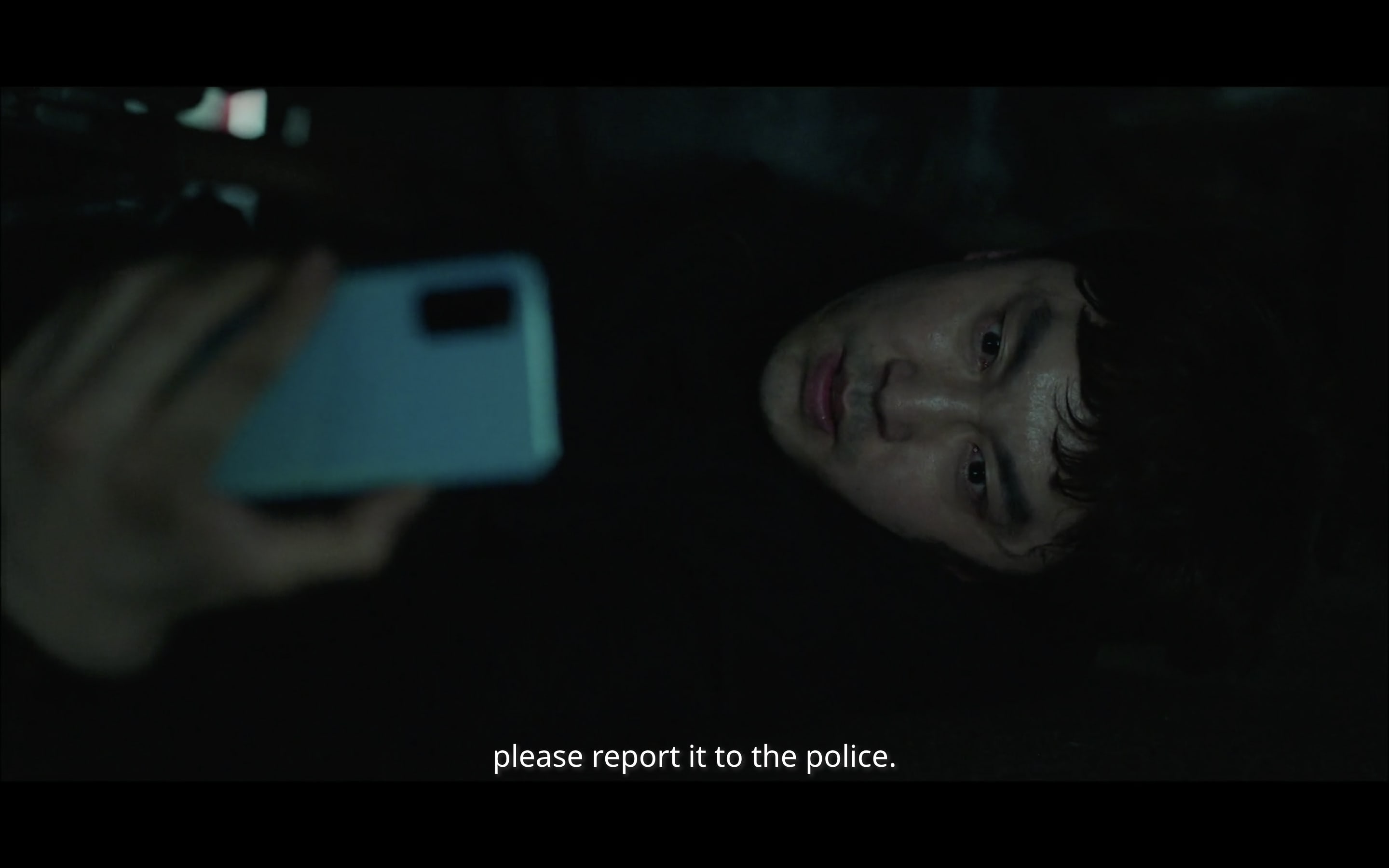 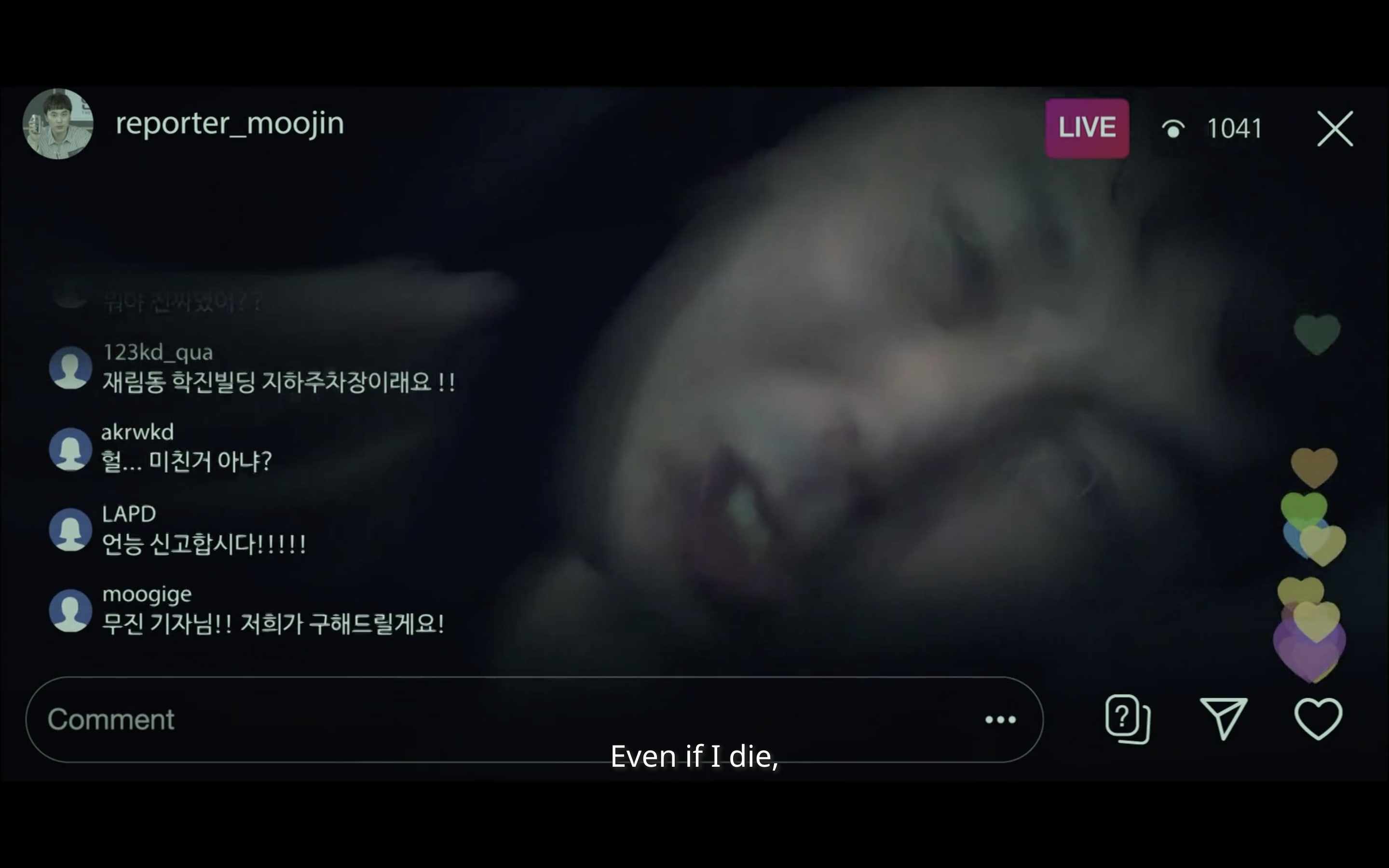 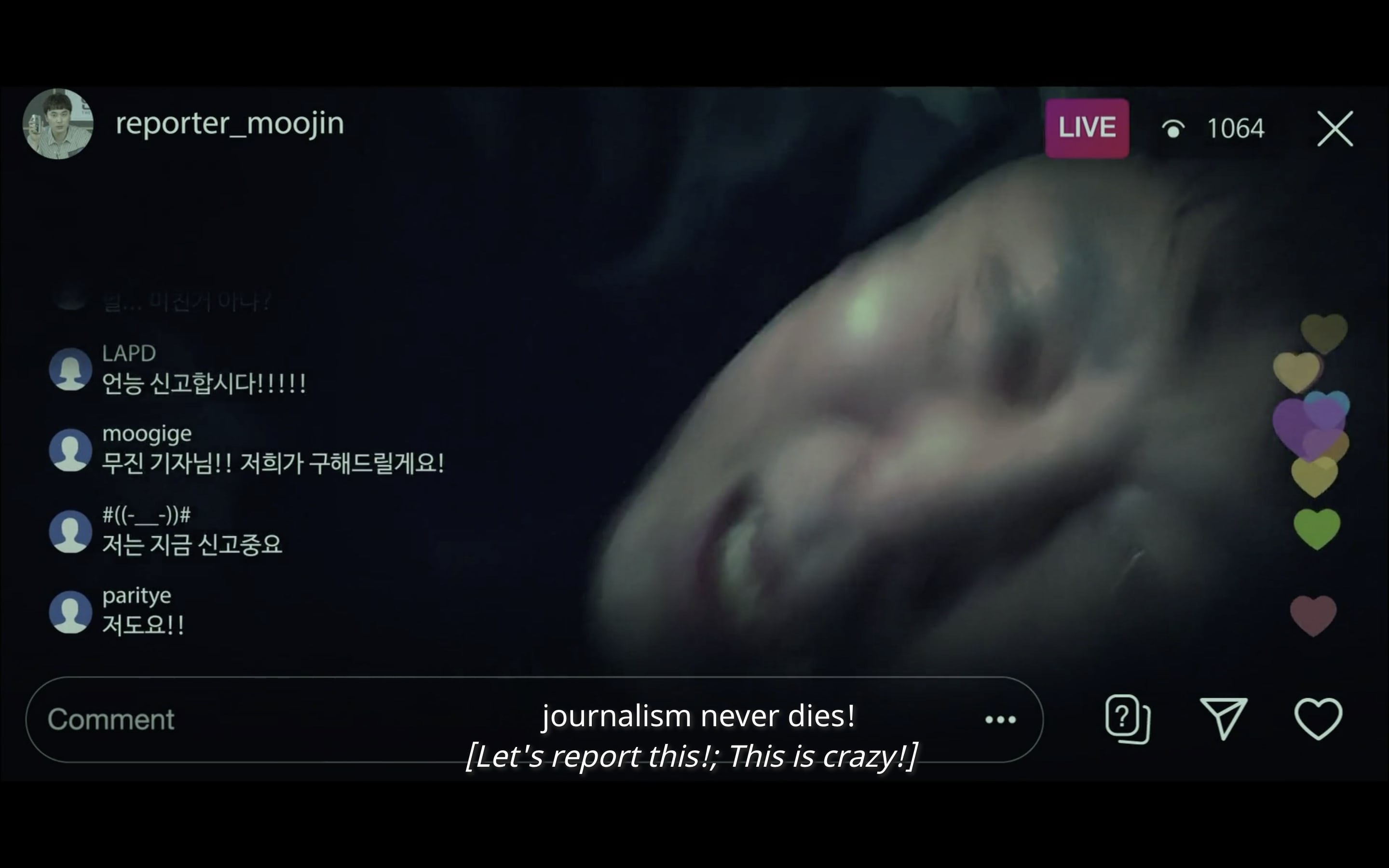 While this scene will definitely have you stress sweating, it’s also rather comedic. The way he is adamant he is not doing an ASMR video and then bravely announces journalism will live on forever even if he dies are the best parts of the scene. If you’ve had misgivings about Mu Jin before, this scene puts them to rest. Seo Hyun Woo’s performance is perfect in this scene.

LOVED: Cha Ji Won and Do Hyun Soo saving each other

One of the biggest strengths of this drama is the role reversal between Ji Won and Hyun Soo. Society has hammered in the idea that women are to be the caretakers and men are the breadwinners. However, Ji Won takes the career-driven role in the family while Hyun Soo has spent a lot of time at home raising Eun Ha. This week once again takes another overdone trope—the damsel in distress—and flips it upside down. After discovering Hyun Soo was working with the police, Yum Sang Chul (Kim Ki Moo) ties up Hyun Soo and is preparing to burn him alive with all other evidence of his crimes. Just as he’s about to light the office on fire, Ji Won puts a gun to his head and makes him walk in. The final reveal that she knows everything about Hyun Soo is thrilling, especially when she asks him if he’s okay.

Shortly after this, Yum Sang Chul takes Ji Won by surprise and begins to strangle her. Overcome by fear, adrenaline, and his love for Ji Won, Hyun Soo breaks free of his restraints and saves Ji Won.

The first part of this scene is such a heroic moment for Ji Won and it is so enjoyable to watch. You can’t help but scream and cheer because she just seems so badass. It’s the pinnacle of her unwavering love and acceptance of Hyun Soo. Of course, one could criticize this scene as Hyun Soo has to save Ji Won shortly after. While this does undermine Ji Won’s moment a bit, it’s still enjoyable to watch them both protect each other. Their chemistry in this scene is delightful, and it’s the perfect emotional build-up to their scene in the middle of the road where Hyun Soo apologizes to Ji Won for everything.

Some of the best scenes in cinematic history take place when there is no dialogue. After their confrontation in the middle of the road, Ji Won and Hyun Soo return to their home. They walk in silently, tearfully embrace, and eventually share a tender kiss.

Talk about chemistry! Moon Chae Won and Lee Joon Gi deserve an award for this scene alone. Everything about this scene is perfect. Their walls are completely down in the safe place that they have built together over the years—how poetic is that? You can feel every slither of emotion between the two: pain, hope, love, and acceptance. It has been a tough ride, to say the least, since Ji Won discovered Hyun Soo’s identity. This scene finally puts their rifts to rest, and they come together. The fact that this scene doesn’t have any dialogue is truly what makes it so poignant. These two don’t need words as their love for each other speaks volumes.

LOVED: The “I love you” scene

Is there anything better than cinematic parallels? Fans were reeling when Ji Won overheard Hyun Soo telling his sister that he never loved her. Towards the end of episode 11, Ji Won and Hyun Soo are talking in their bed. As they go over Hyun Soo’s memories and other details, Ji Won also admits that she heard him speaking with Hae Soo at the abandoned building. Hyun Soo begins to cry again although he admits that he doesn’t understand why he is crying. Ji Won explains to him that she knows he’s crying because he loves her. Hyun Soo then boldly tells her that he loves her and kisses the back of her hand, paralleling the scene in the eighth episode where he didn’t say those words.

There are just so many things to love about this scene. Miscommunication is a popular plot point in K-dramas. In fact, it’s probably hard to find one that doesn’t use this form of conflict for the characters. “Flower of Evil” deserves all the praise for executing a scene where the characters are telling each other absolutely everything. Having open and honest communication is something that can deeply strengthen relationships and fix underlying problems. While a lot of media promotes this unhealthy idea that you should just inherently know how your partner is feeling without communicating, “Flower of Evil” is here to debunk that stereotype and prove how important it is to be open and honest.

Then, of course, there’s the call back to the previous scene. It’s such a tasteful way to show Hyun Soo’s character development and how much he loves Ji Won. When she admitted to overhearing his earlier confession, you can tell he immediately understood why she asked if she loved him that same night. He already apologized to her, but he takes it a step further and takes action to reassure her how much he adores her. Seriously, what more could anyone want from this couple? They’re perfect.

HATED: Do Hae Soo being too trusting of the Baek family

It’s no secret that the Baek family has some skeletons in their closet. From conspiring to commit murder to allowing someone else to take over their son’s identity, no crime seems beneath them. In this week’s episode, they have a tense discussion with Do Hae Soo (Jang Hee Jin) as she asks them about the bracelet they gave to their volunteers since it’s linked to her father’s accomplice. Baek Man Woo (Son Jong Hak) reluctantly agrees to give her a list of the volunteers, and just as she’s about to leave, Gong Mi Ja (Nam Gi Ae) asks her if she remembers anything else about the accomplice. Hae Soo admits the detail about the accomplice that stood out to her the most—his nails looked as if he bit them. Her voice plays over the real Baek Hee Sung (Kim Ji Hoon) biting his nails while eavesdropping on the conversation. 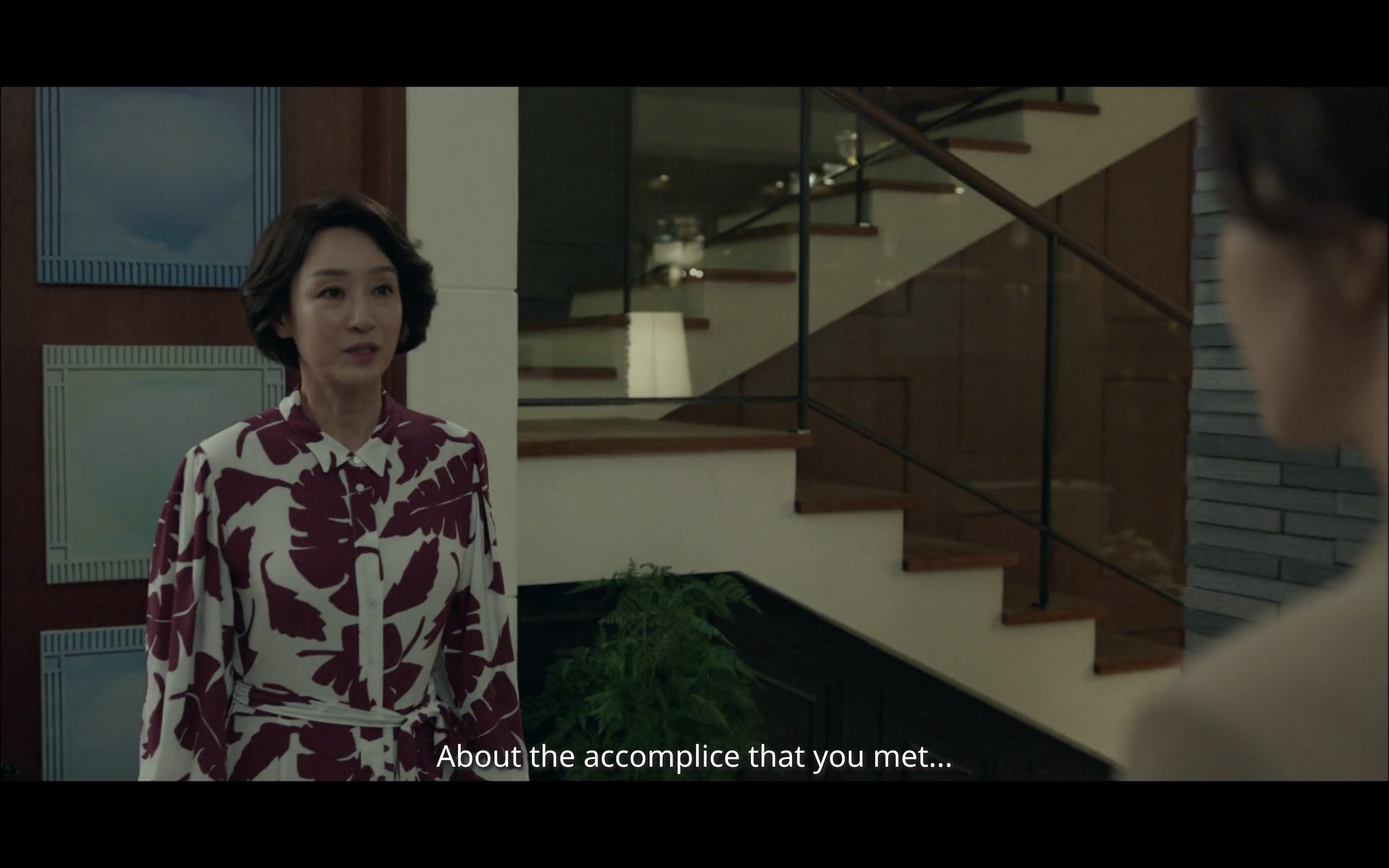 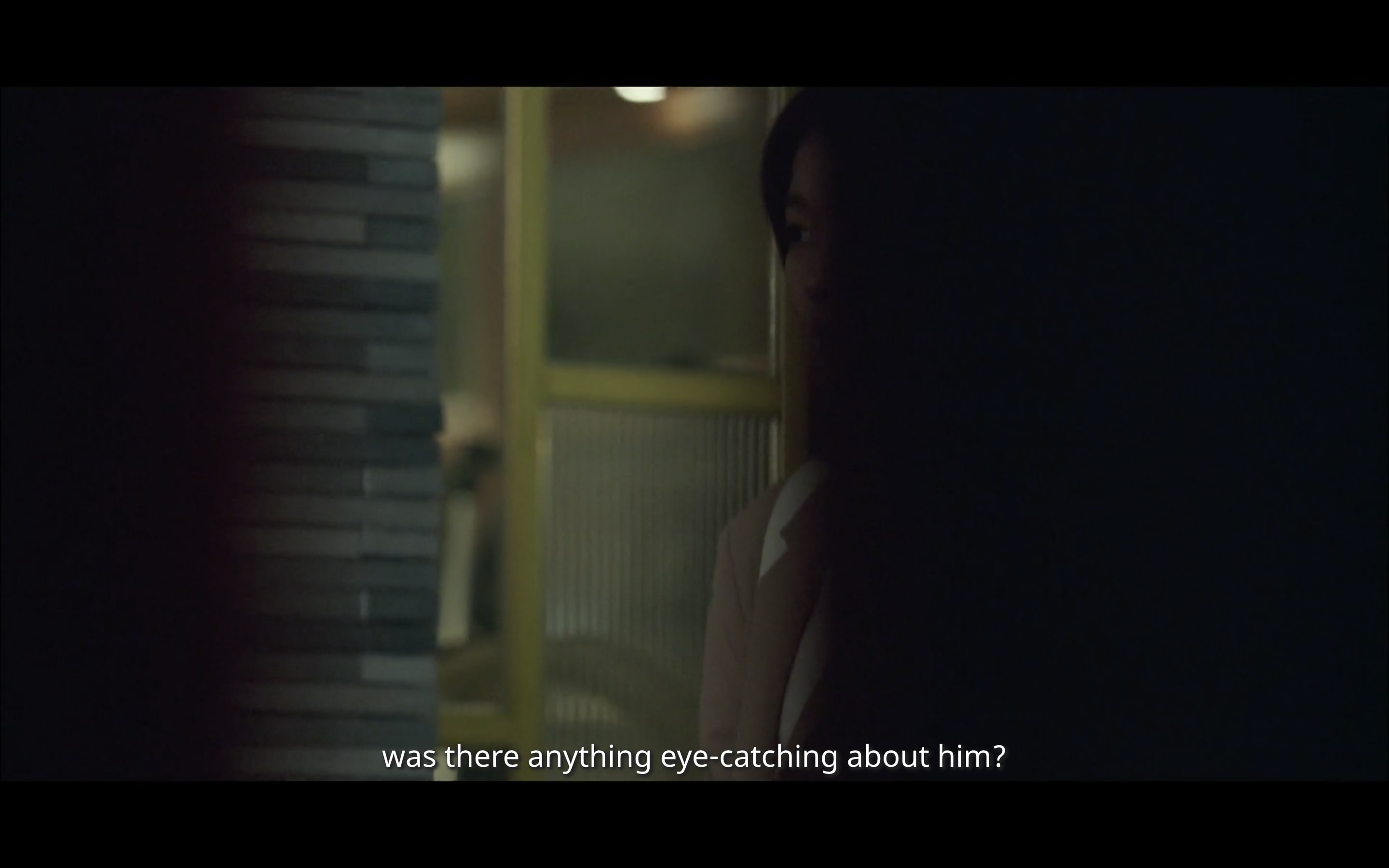 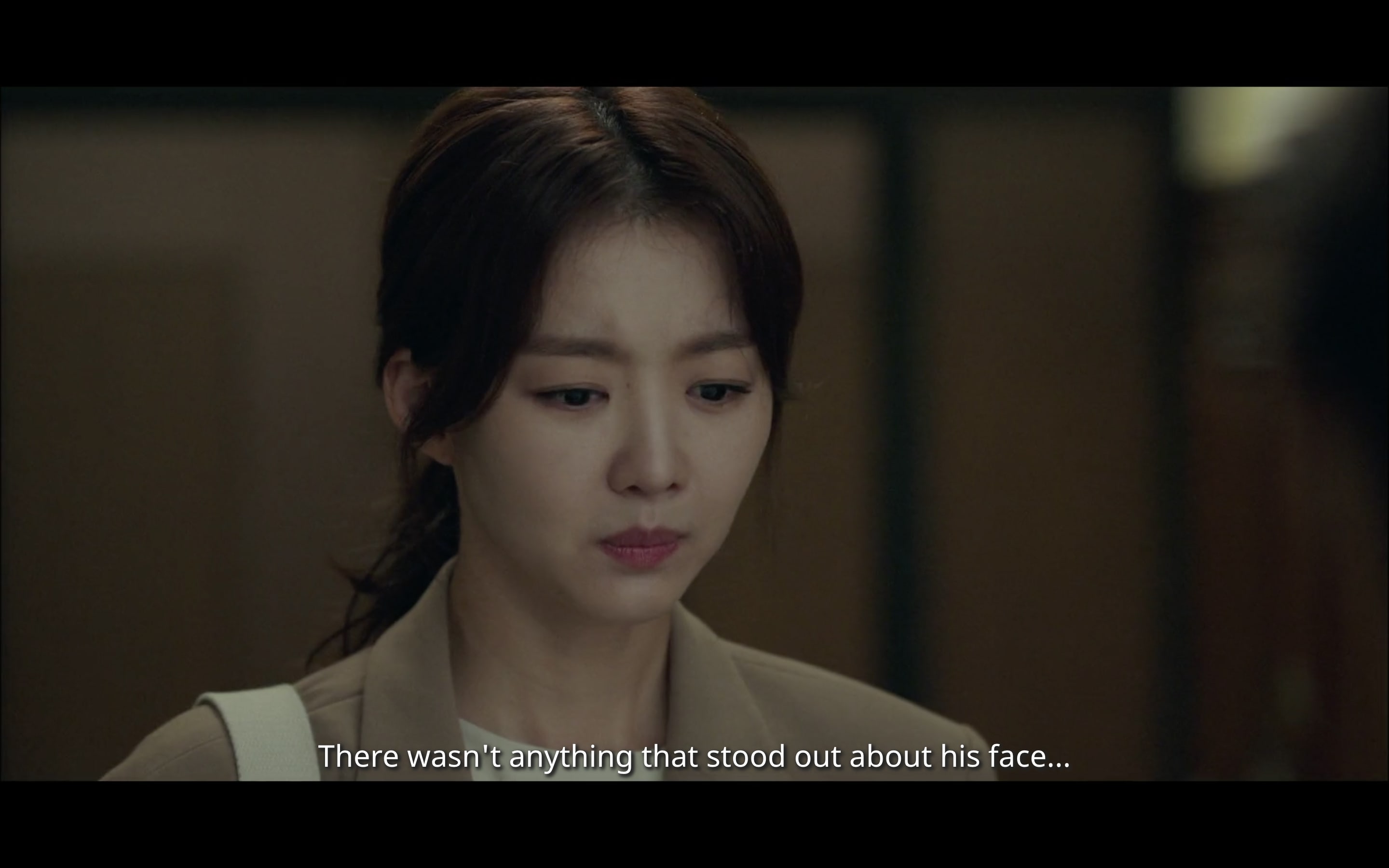 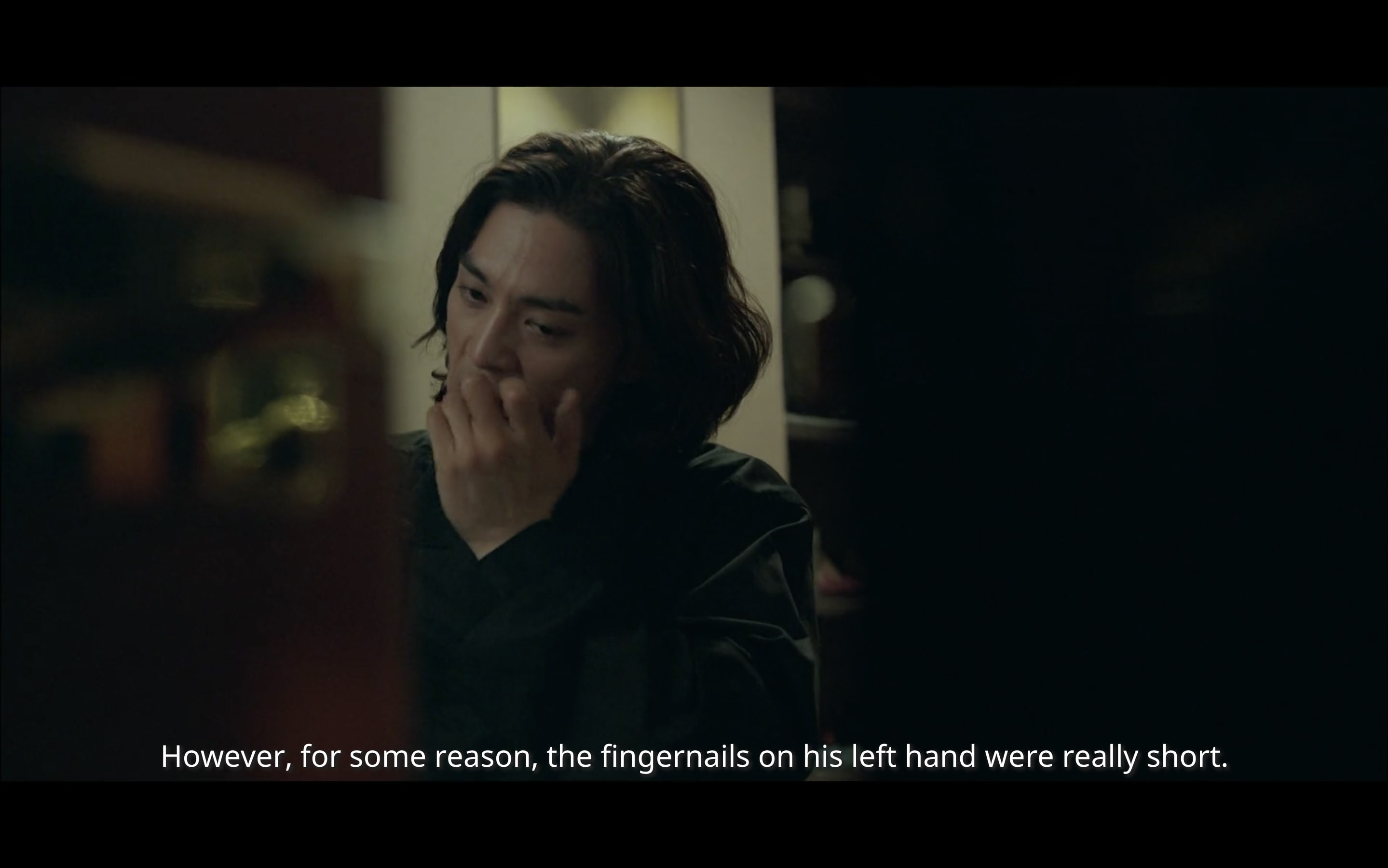 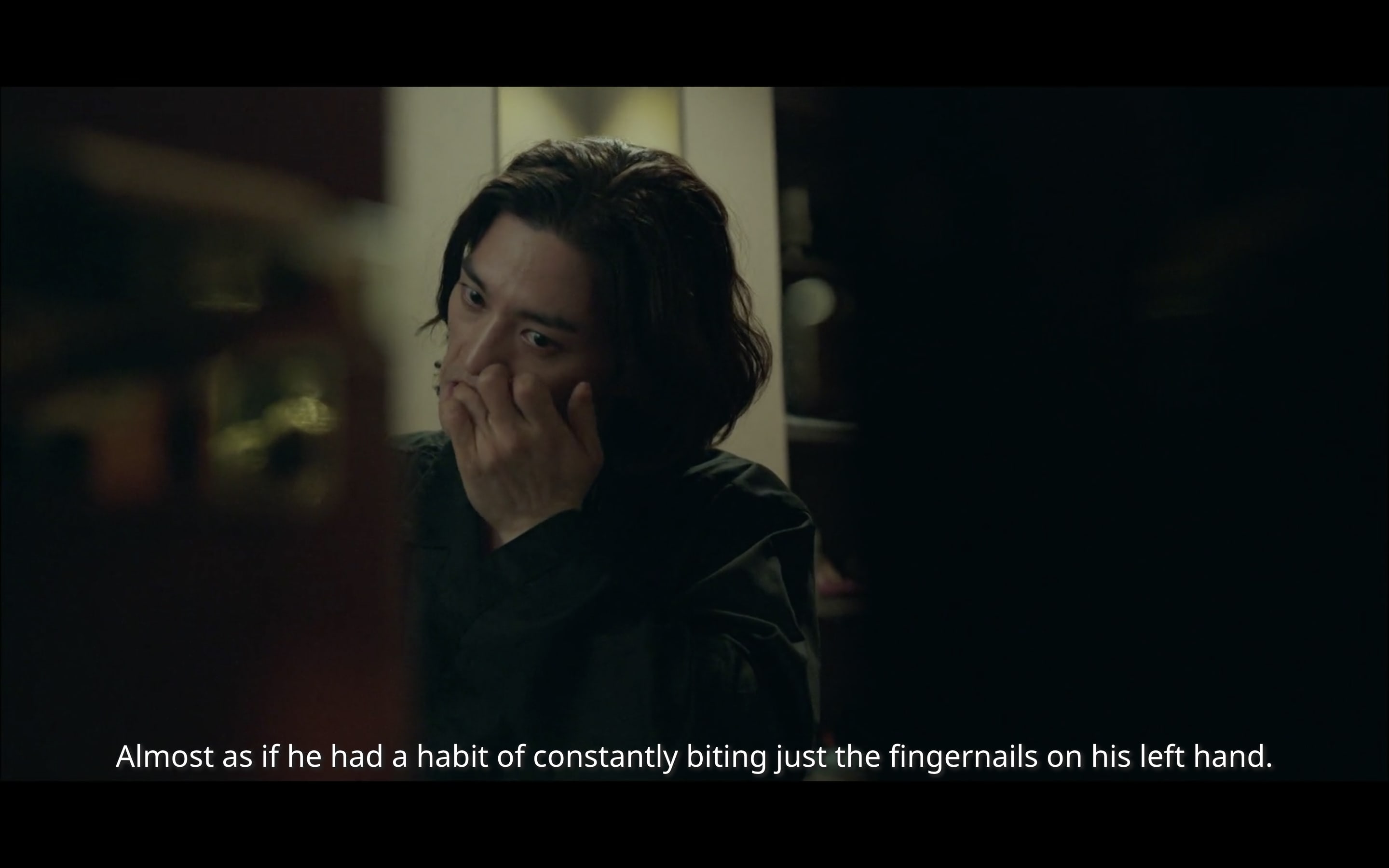 While it’s great that Hae Soo is being proactive about finding the killer instead of just staying put, this scene does ring some alarms. In the past, she hasn’t been very forthcoming with any information about her family, and it feels a little odd that she would share such pertinent information so easily. It’s understandable that she approaches them differently than strangers as they have provided for her brother over the years, but they definitely seem on edge, and one would think she would be able to pick up on that. Now she has a target on her back, it brings up the question of if she will be able to survive the rest of the episodes.

Catch the new episode below:

Hey Soompiers! How are you feeling after that intense episode? What were your favorite parts? Let us know in the comments below!