Song Ji Hyo Shares Thoughts On “Was It Love?” Including The Experience Of Having 4 Potential Love Interests

Song Ji Hyo shared her thoughts after “Was It Love?” came to an end!

“Was It Love?” is a JTBC romantic comedy starring Song Ji Hyo as Noh Ae Jung, a movie producer and single mom who has been living on her own for 14 years. Despite having already given up on romance, she suddenly finds herself embarking on an unexpected second chapter of her love life when four very different men enter her story at the same time.

Song Ji Hyo first shared how she felt about wrapping up “Was It Love?” She said, “At our last filming, I did feel relieved and thought, ‘It’s finally over.’ But on the other hand I felt very sad at the thought of parting with the director, fellow actors, and staff that I’d worked with and seen every day on set, and so I thought, ‘Is this really the end?'”

The actress spent five months playing the “super working mom” character Noh Ae Jung in the drama, and she was asked to talk about the role.

“The Ae Jung in my mind is someone who’s cheerful and lovable but also very passionate and devoted, and she’d give anything for her dream and her family,” said Song Ji Hyo. She shared that while Noh Ae Jung is someone who personally deals with crises in her exhausting life, she also didn’t want to make her look too tough. “Overall, I wanted to make Ae Jung seem like a realistic character that we might actually see in our own lives,” she explained. 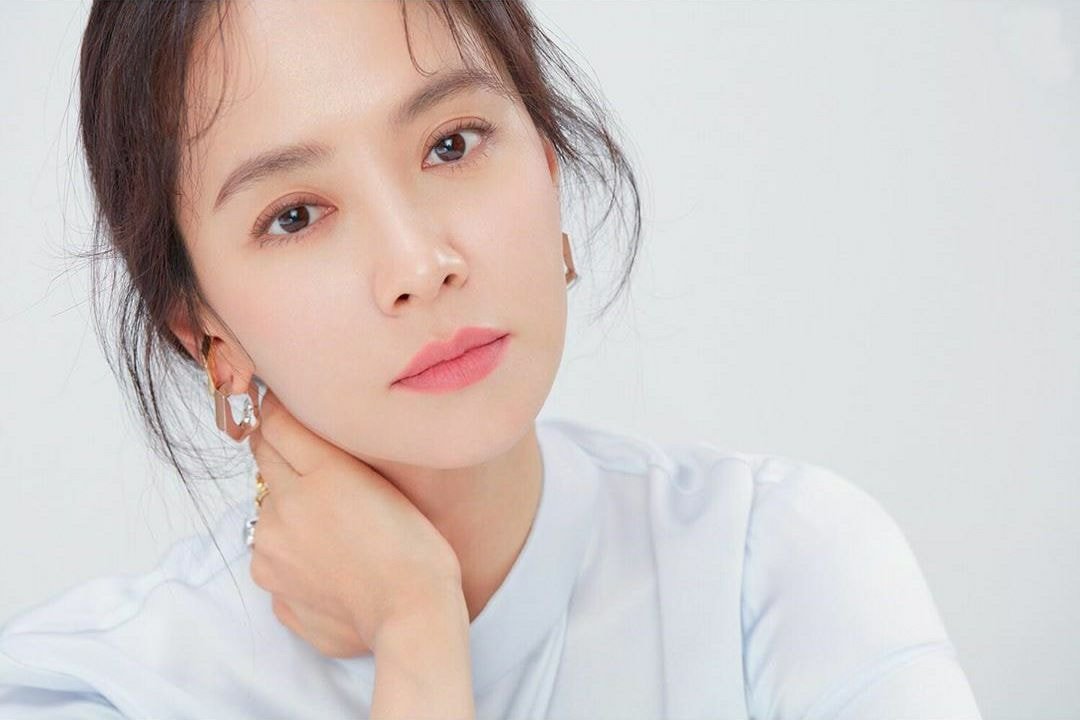 When asked about what it was like to act as someone with four potential love interests, Song Ji Hyo described the drama as a new experience for her. “Before, I’d usually have love interests that involved crushes or love triangles, and this time I was entangled with four charming men,” she said. “That’s why whenever we were filming, the atmosphere and chemistry felt different.”

She compared their different relationships by saying that her character would bicker with Son Ho Jun‘s character Oh Dae Oh, while she and Song Jong Ho‘s character Ryu Jin were like a friendly senior and junior in the same industry. While Koo Ja Sung‘s character Oh Yeon Woo was cute, he was also the homeroom teacher of Noh Ae Jung’s daughter, and meanwhile Kim Min Joon‘s character Goo Pa Do was both Noh Ae Jung’s supporter and friend.

“The atmosphere on set was really cheerful and fun, maybe because we’re all of a similar age,” Song Ji Hyo said. “When we were on break, we’d talk about our lives and share fun things together, which made our teamwork stronger.” The actress added that filming outside of the city together for some of their scenes had made them closer. 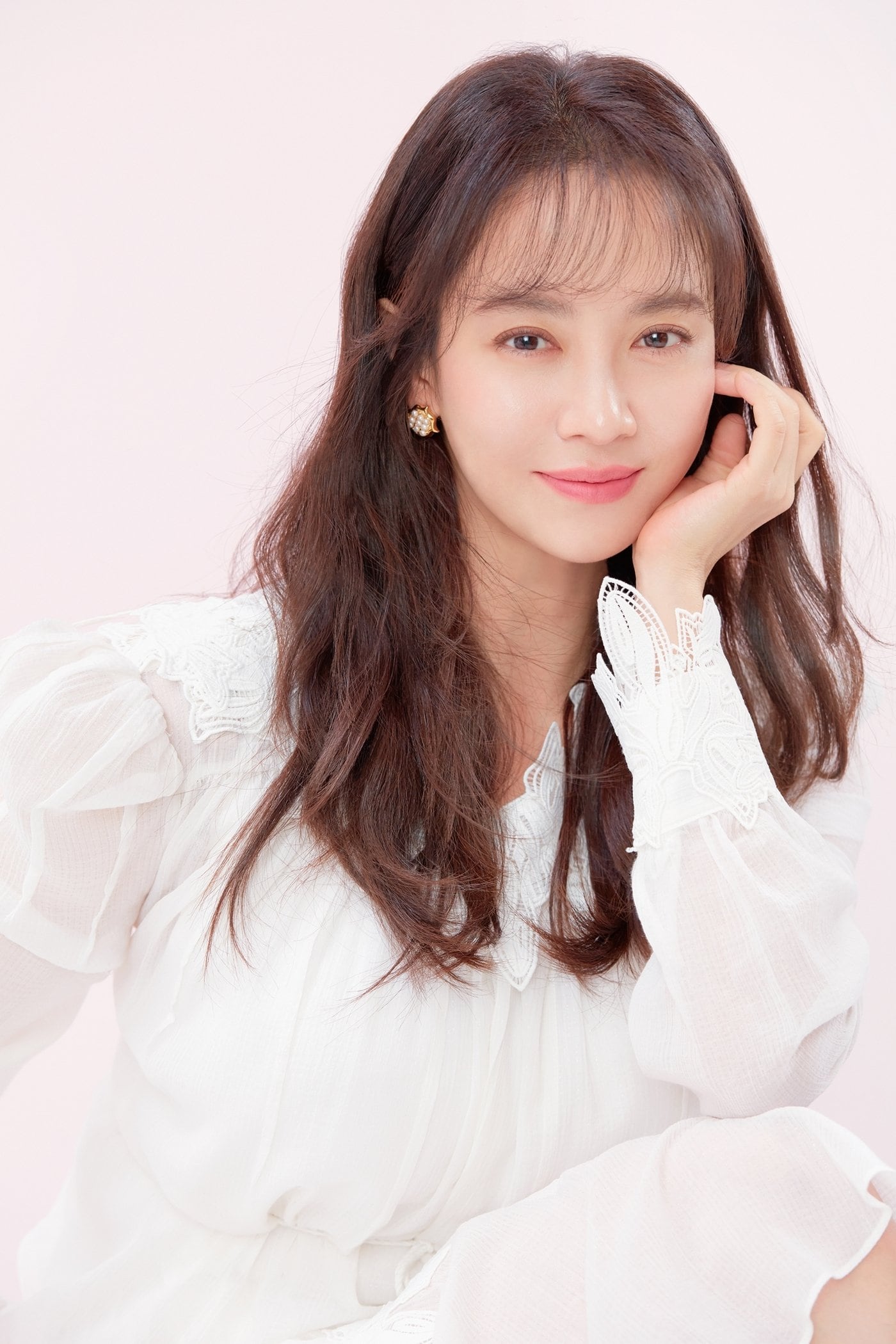 When asked to name a scene or line that’s been particularly memorable for her, Song Ji Hyo chose Noh Ae Jung’s line to Oh Dae Oh in episode 13 in which she said, “I have absolutely no plans to depend on you. My dream is to be Wonder Woman, not Cinderella.”

“The comment that she wanted to become Wonder Woman was surprising to me,” said Song Ji Hyo. “It was a line that made me realize that Ae Jung is really strong inside and determined.”

Song Ji Hyo also played the character of Dam Ja Yi in the drama, someone who looks just like Noh Ae Jung and was the boss of a Hong Kong gang.

She described how she’d talked a lot with the costuming staff in order to portray the taciturn and poised character of Dam Ja Yi in a way that would differentiate her from Noh Ae Jung. “However, although she needed to talk smoothly in the foreign language since she’s someone in a Hong Kong gang, there wasn’t enough time so unfortunately it had to be dubbed,” she said. “If I get the chance to do that again, I want to do it properly without dubbing.” 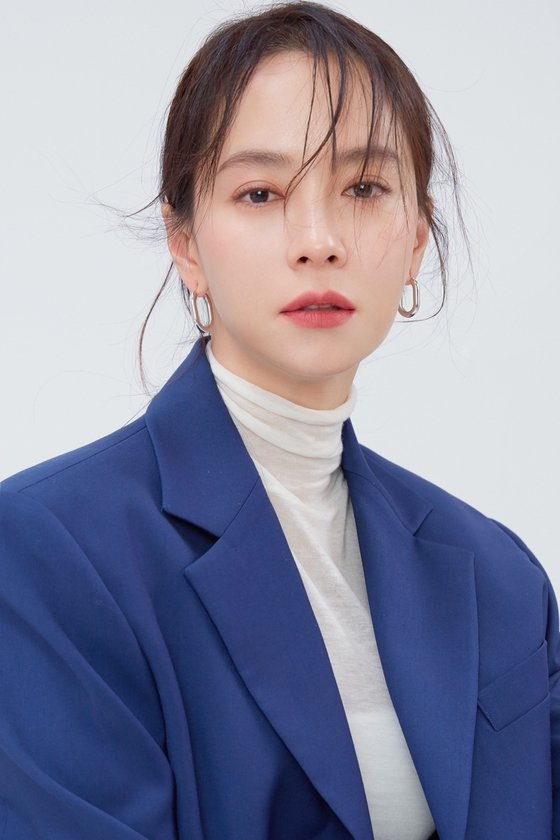 Finally, Song Ji Hyo shared a message to fans of the show. She said, “Thank you to everyone who’s been watching ‘Was It Love?’ It was my first rom-com in a while, but I think I was able to have fun filming because of the good energy I got thanks to the viewers who loved and supported Ae Jung as she struggled.”

Song Ji Hyo
Was It Love?
How does this article make you feel?