New stills of Yoon Tae Yi and Park Jin Kyeom reveal the two having a conversation at Yoon Tae Yi’s office. By looking at their clothes, the scene appears to take place directly after the ending of the second episode. As expected, Yoon Tae Yi looks confused by the absurd situation while Park Jin Kyeom stares back at her in disbelief. 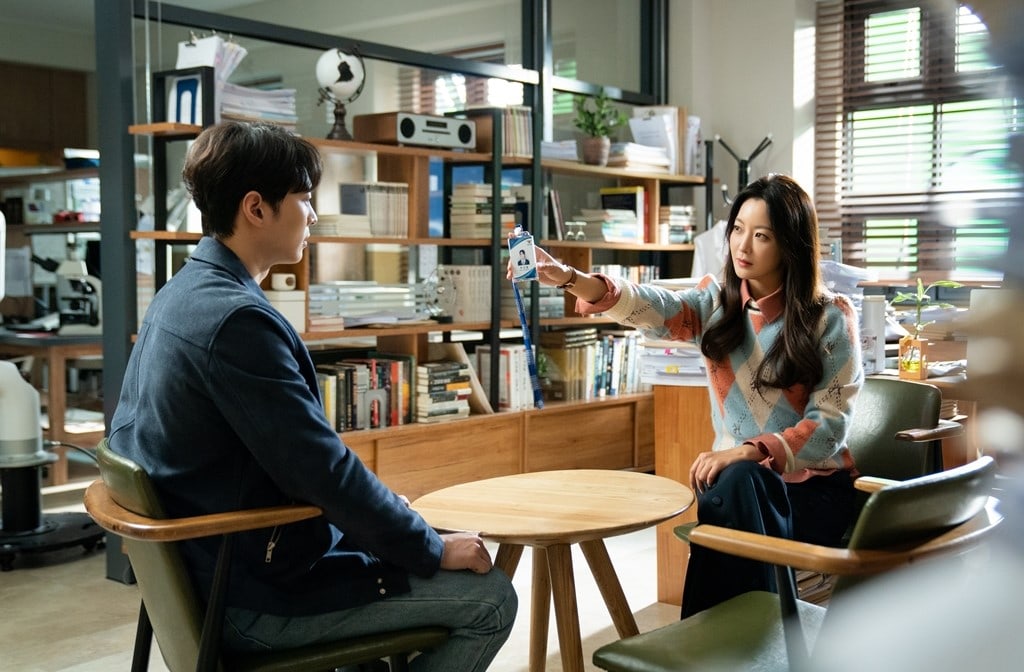 The production team revealed that in the upcoming episode, Yoon Tae Yi and Park Jin Kyeom will share a conversation for the first time. They explained, “In Yoon Tae Yi’s perspective, she’ll be flustered by Park Jin Kyeom’s abrupt appearance, and in Park Jin Kyeom’s perspective, he’ll remember the memories of his late mother Park Sun Young due to Yoon Tae Yi. Since they each have different thoughts, their conversation will surprise everyone. The two actors Kim Hee Sun and Joo Won portrayed this special scene with perfect chemistry. Please anticipate and show lots of interest.”

More stills will also give greater insight into Kim Hee Sun’s character as the eccentric genius physicist Yoon Tae Yi. In the pictures, Yoon Tae Yi observes something closely with curiosity as if she’s discovered something very interesting. Her sharp eyes shine brightly, conveying her intelligence and confident charisma. 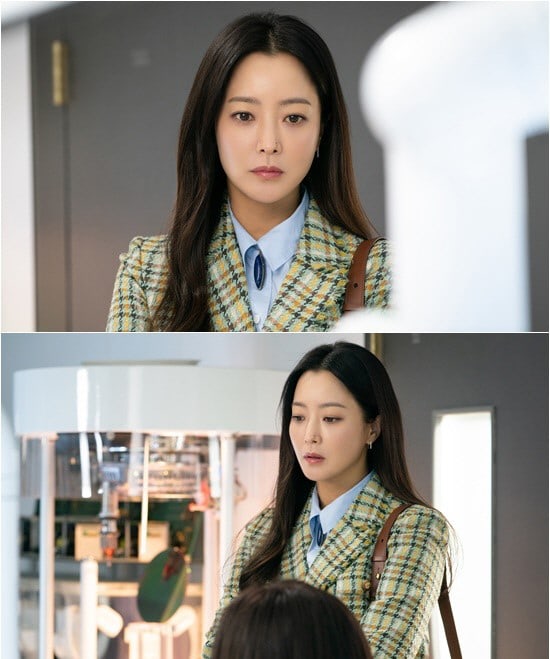 Although Kim Hee Sun took on the role of the loving mother Park Sun Young in the previous episodes, she’ll be making a complete transformation in the upcoming episodes by changing up her style and gaze as well as the way she walks and talks. 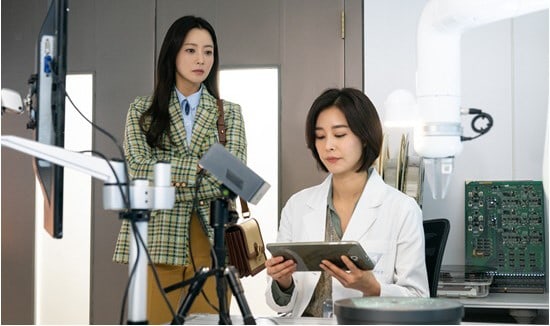 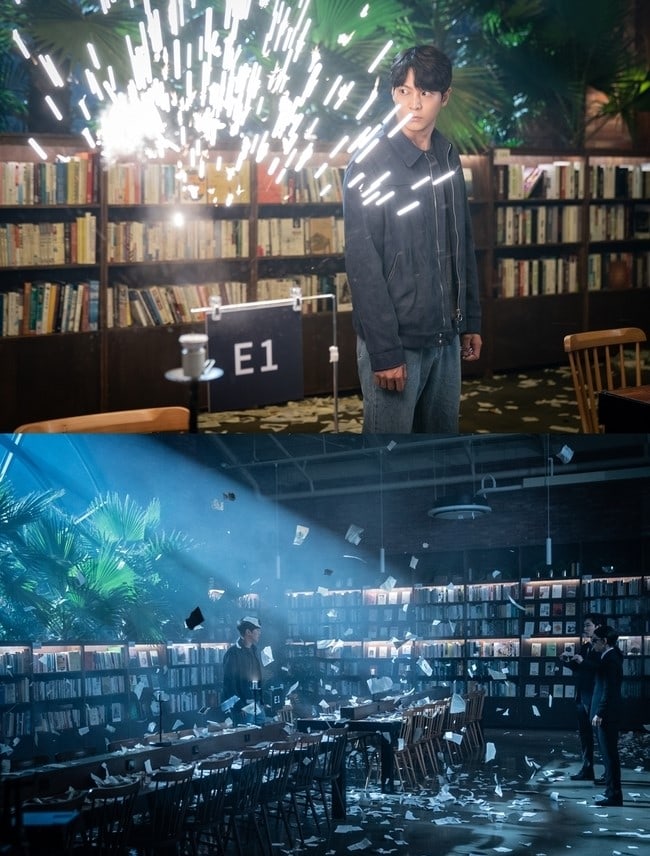 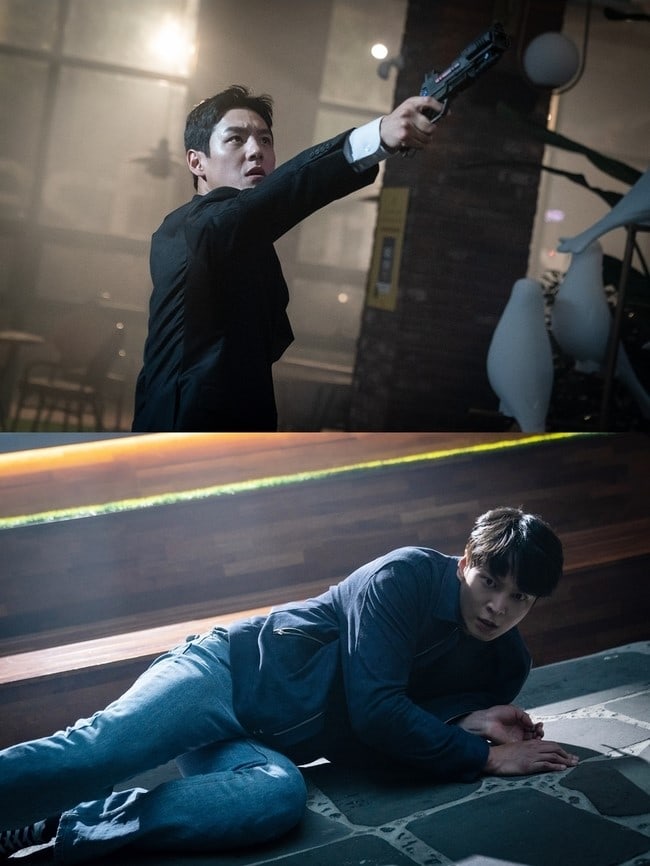 Although the two are unaware of the fact, Park Jin Kyeom and Yoo Min Hyuk are actually son and father. This is because Yoo Min Hyuk’s lover from 2050 traveled back in time to 1992 to give birth to her son Park Jin Kyeom.

The production team revealed that the two actors enthusiastically participated in the difficult action scene, checking their teamwork to film the scene safely.

In the meantime, catch the latest episode of “Alice” below: