Park Eun Bin’s One-Sided Love Faces A Turning Point After A Conversation With Bae Da Bin In “Do You Like Brahms?”

SBS’s “Do You Like Brahms?” released new stills of Park Eun Bin and Bae Da Bin!

“Do You Like Brahms?” is a romance drama about talented classical music students chasing love, happiness, and their dreams. Kim Min Jae stars as world-renowned pianist Park Joon Young, while Park Eun Bin plays Chae Song Ah, a violinist who sets out to pursue her love of music later in life than her peers.

However, Chae Song Ah was unable to confess because of her other close friend Kang Min Sung (Bae Da Bin). Kang Min Sung briefly dated Yoon Dong Yoon during her college days, but she still has feelings for him even though she pretends not to. Chae Song Ah has chosen to keep her feelings hidden in order to protect their friendship.

In the upcoming episode, a turning point will occur in Chae Song Ah’s life. The newly released teaser depicts Chae Song Ah laughing and talking with Kang Min Sung like usual. In this scene, Chae Song Ah will open up about her hidden feelings towards Yoon Dong Yoon. With Kang Min Sung near tears and Chae Song Ah appearing to be at a loss, viewers are curious to find out what the two friends said. 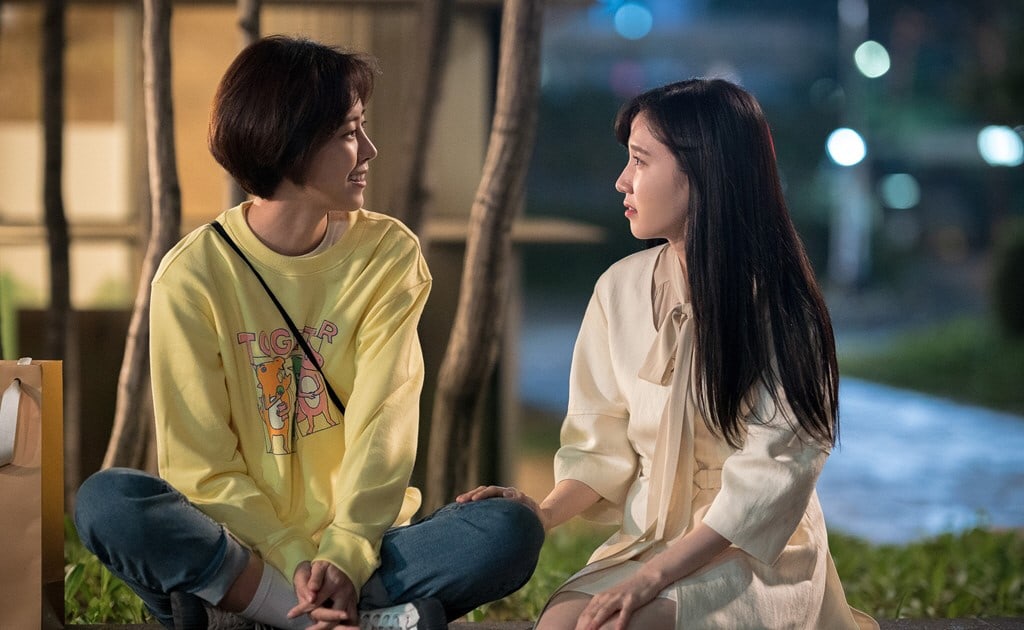 The production team shared, “A situation will occur that causes a change in the relationship between Chae Song Ah, Yoon Dong Yoon, and Kang Min Sung, who met and built their friendship through an orchestra club at college. This will be the turning point in Chae Song Ah’s one-sided love as well. Please anticipate the scene with Park Eun Bin who will capture in depth the difficult and uncertain time Chae Song Ah has been having, standing between love and friendship.”

Park Eun Bin
Lee Yoo Jin
Bae Da Bin
Do You Like Brahms
How does this article make you feel?