On the September 5 episode of tvN’s “Amazing Saturday – Do Re Mi Market,” Kim Dae Myung and Kim Eui Sung appeared as guests.

The two veteran actors were on the show to promote their new film, “Stone Skipping.” Kim Eui Sung said, “I’m playing a nice character. I was glad to be playing someone who doesn’t kill or is killed this time.” 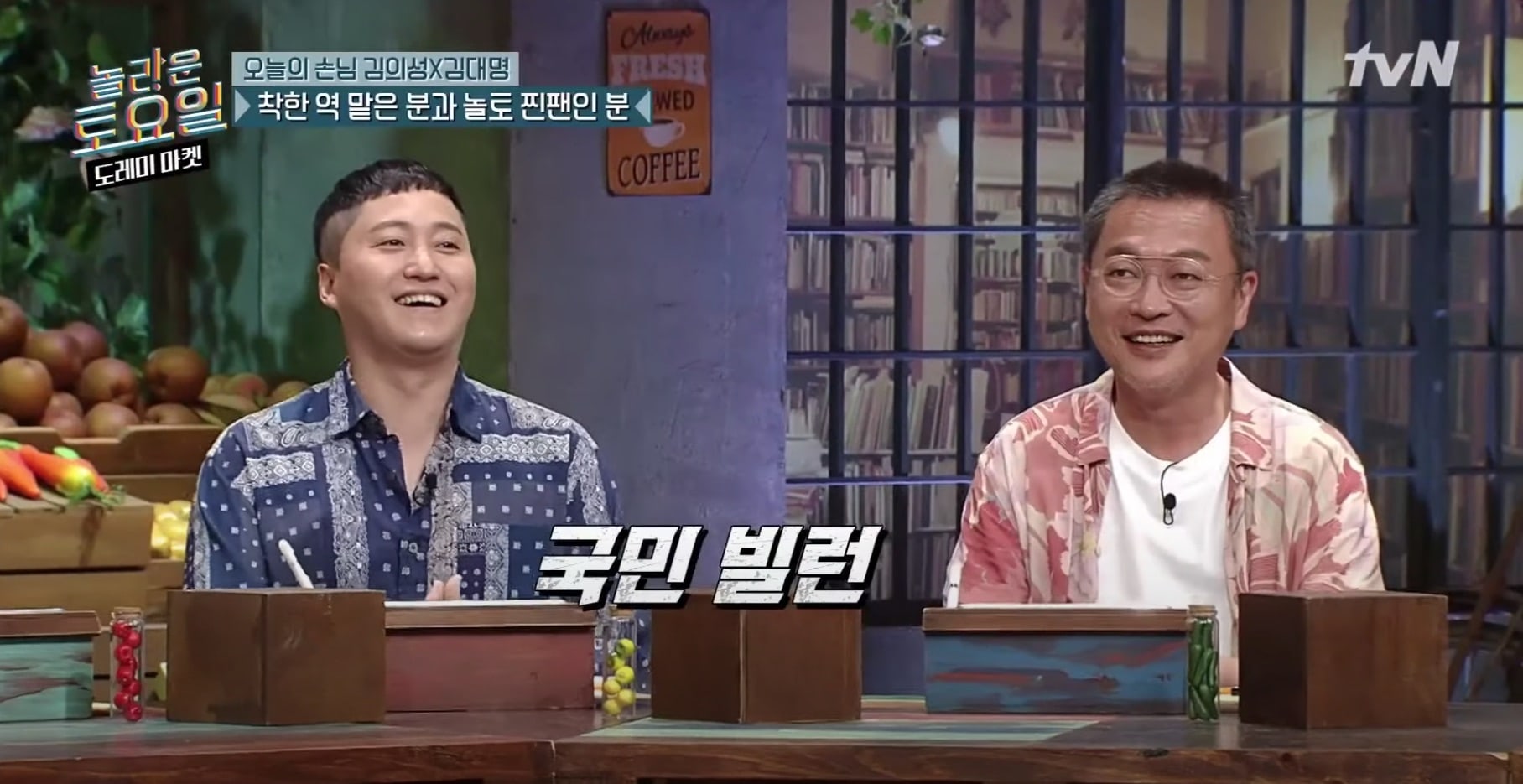 Boom, who is the MC for the show, said, “Kim Eui Sung has a hidden, unexpected side. He said himself that he is a new ARMY [BTS’s official fandom name].”

Kim Eui Sung explained, “I’m not an official ARMY but it’s true. I’ve been watching a lot of YouTube lately. I’ve gotten really into BTS. There are times when I watch their videos for five hours in a single day.” 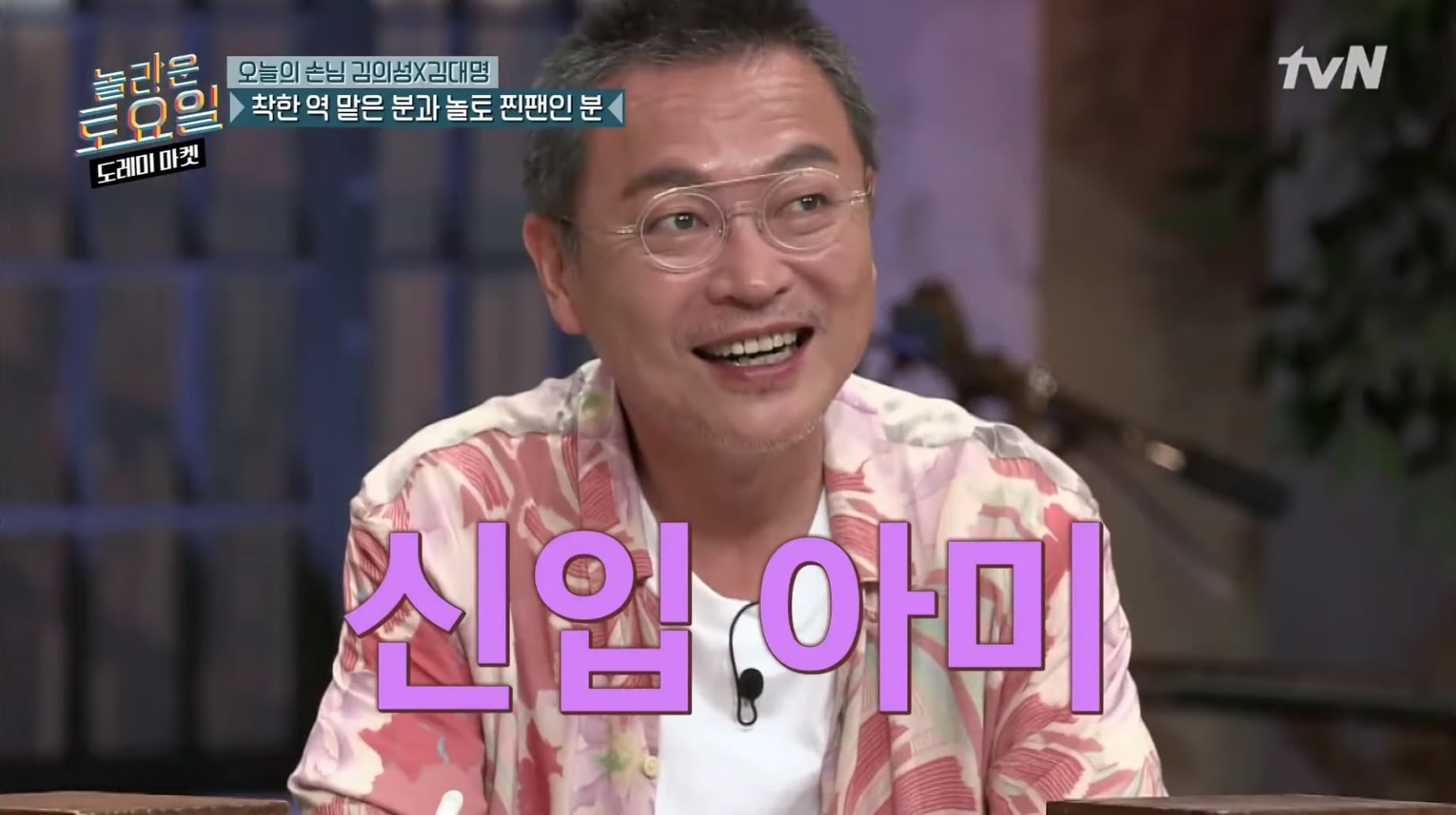 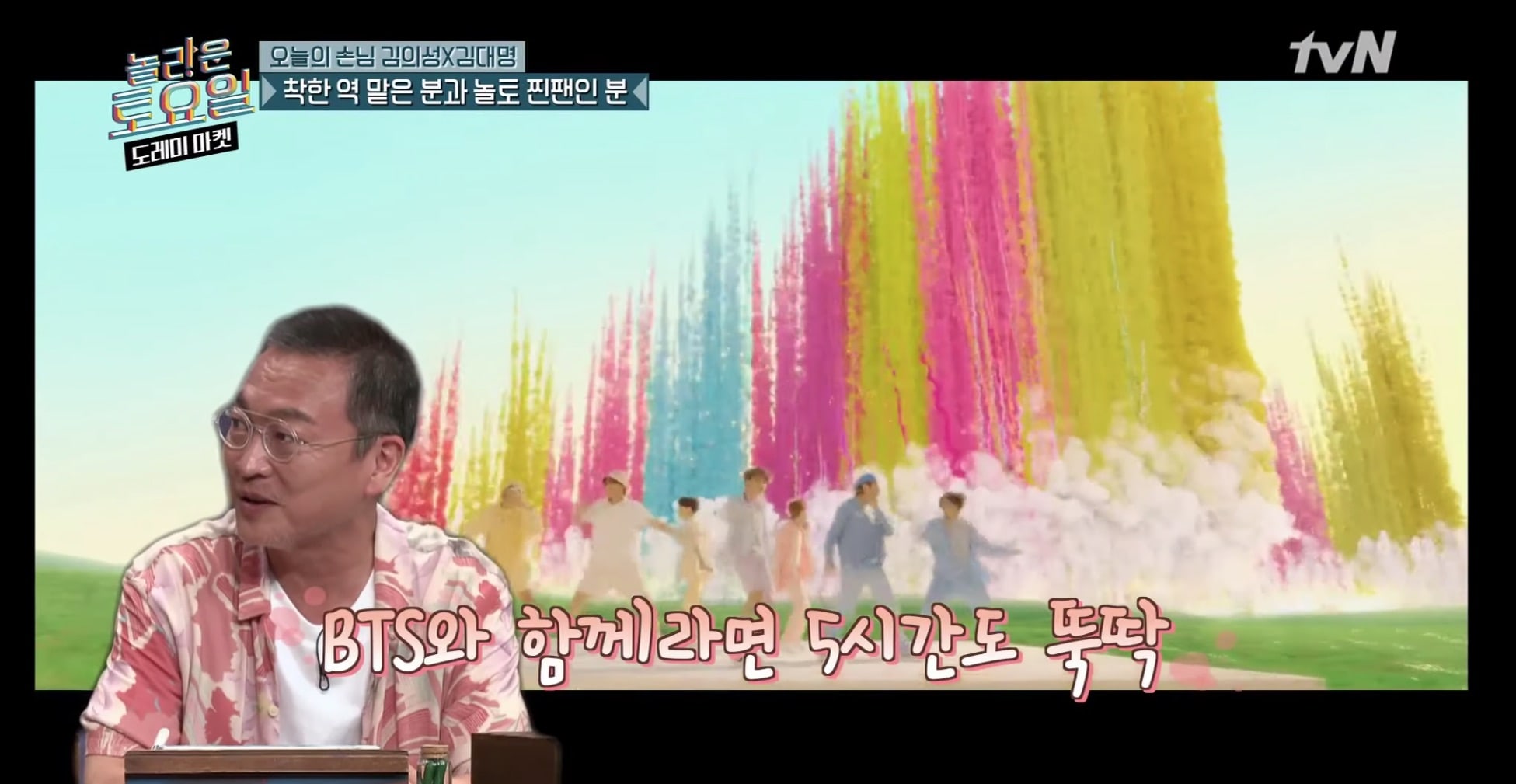 Girl’s Day’s Hyeri asked, “So if a BTS song came on as a mission for this show?” and he responded by making a “bring it on” gesture.

Kim Eui Sung has starred in films such as “Train to Busan,” “The King,” “Steel Rain,” and “Rampant,” and dramas such as “Six Flying Dragons,” “W,” “Mr. Sunshine,” “Memories of the Alhambra,” “My Fellow Citizens!“, and “Arthdal Chronicles.”

Check him out in “W” below: