SUPERFIVE recently met up with other artists backstage at MBC’s “Music Core“!

First, the SUPERFIVE members went to see Capsai Shin, who hilariously remained in character throughout their visit. They discussed their excitement about debuting on the same day, and she thanked the group for their gifts, which included a pepper necklace (a reference to her debut song) and a box of SUPERFIVE merchandise. 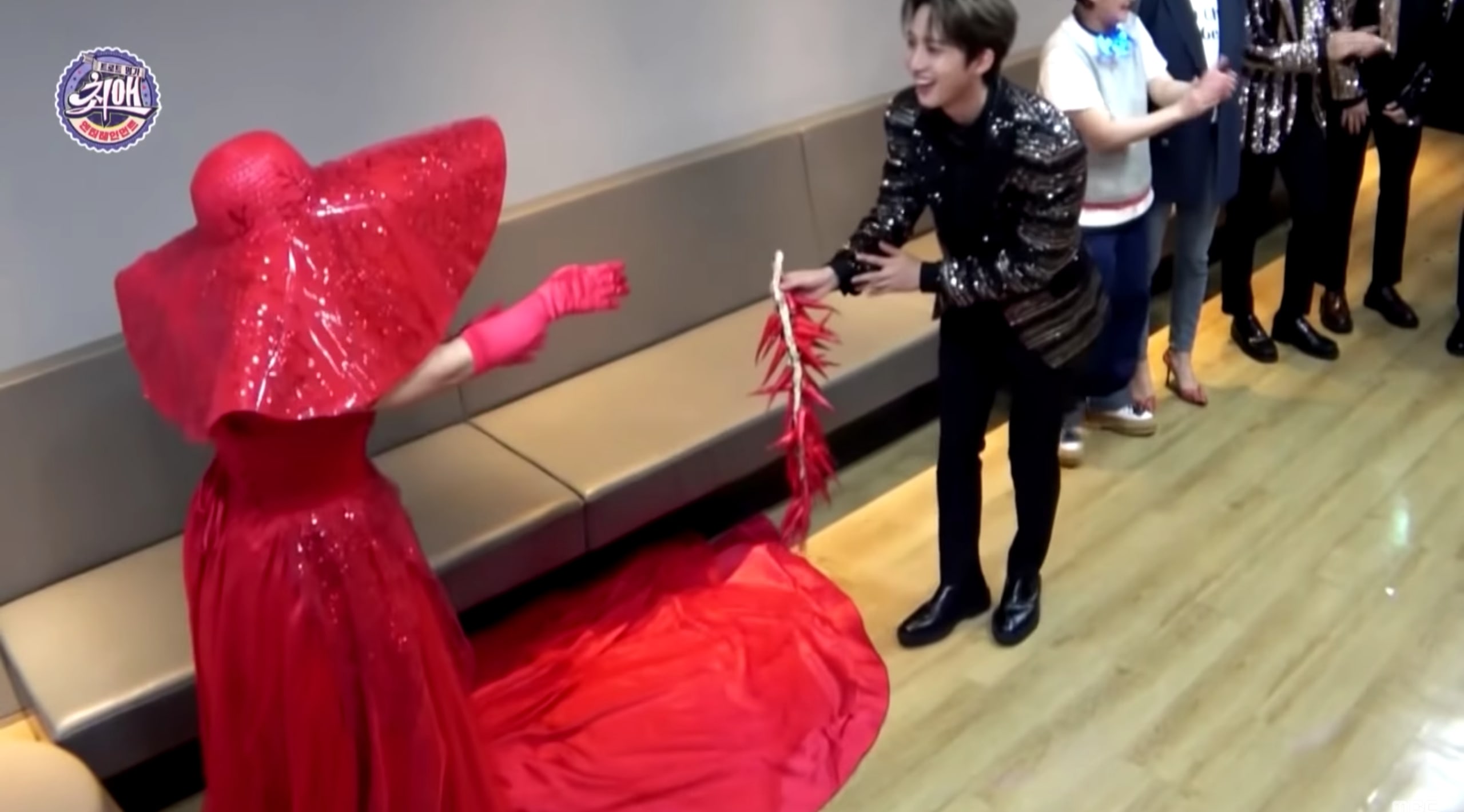 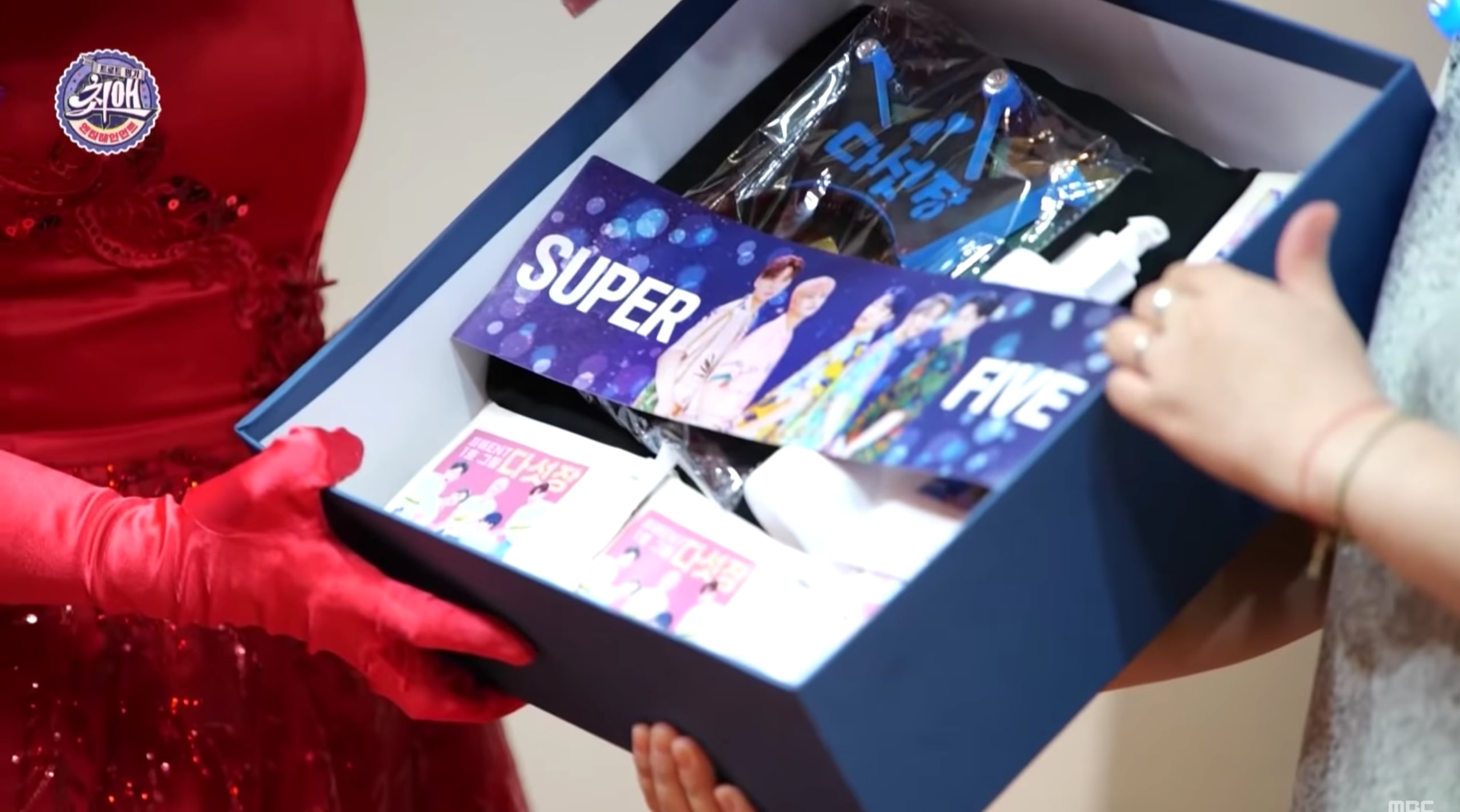 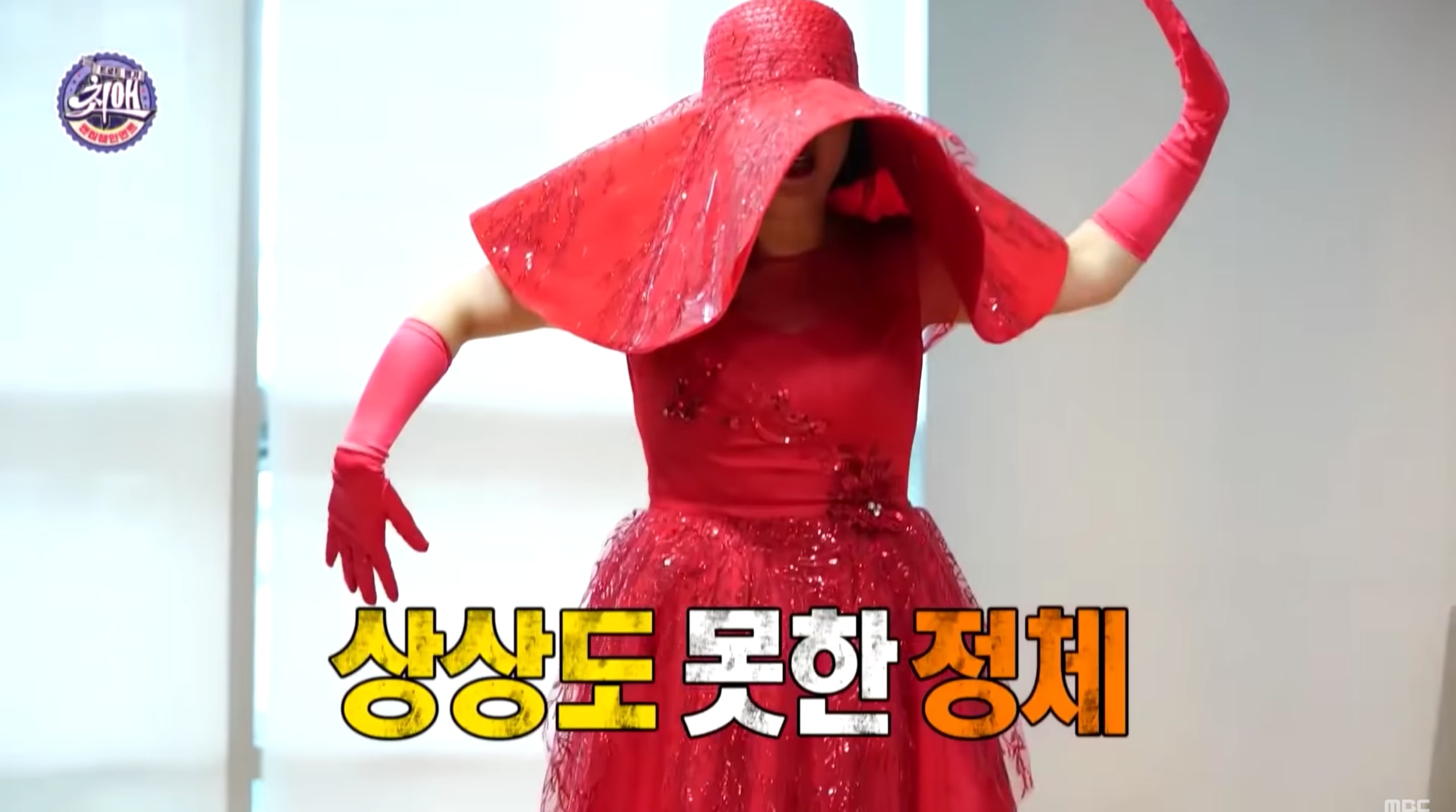 Afterwards, the group visited their senior artist ITZY, who greeted them excitedly. Ock Jin Wook shyly gifted them a box of their merchandise, and ITZY’s Yeji enthusiastically commented, “We saw your performance!”

Much to SUPERFIVE’s excitement, Yeji and Lia adorably began copying their choreography, explaining that they have a similar move in their own dance for “Not Shy.” 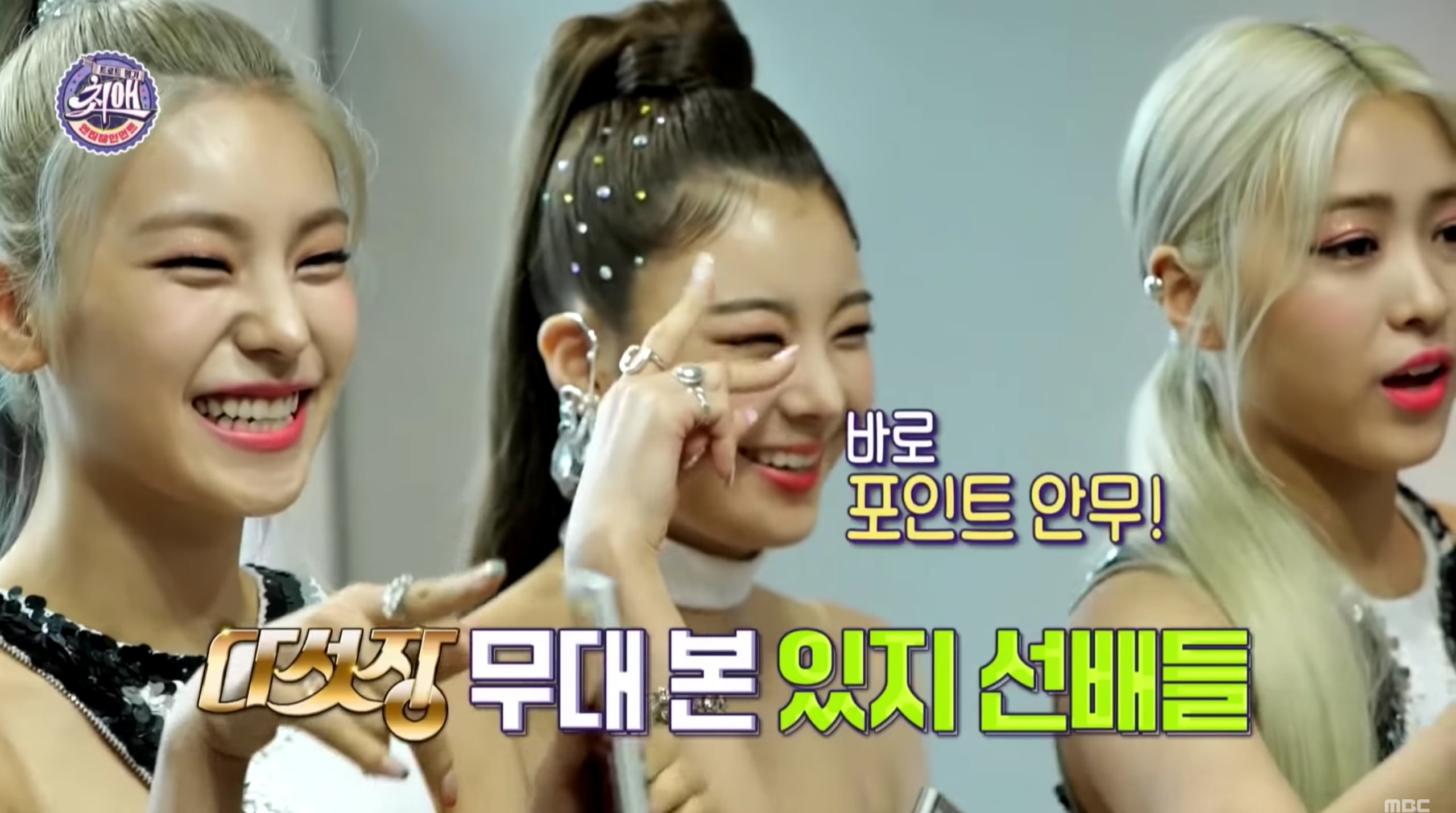 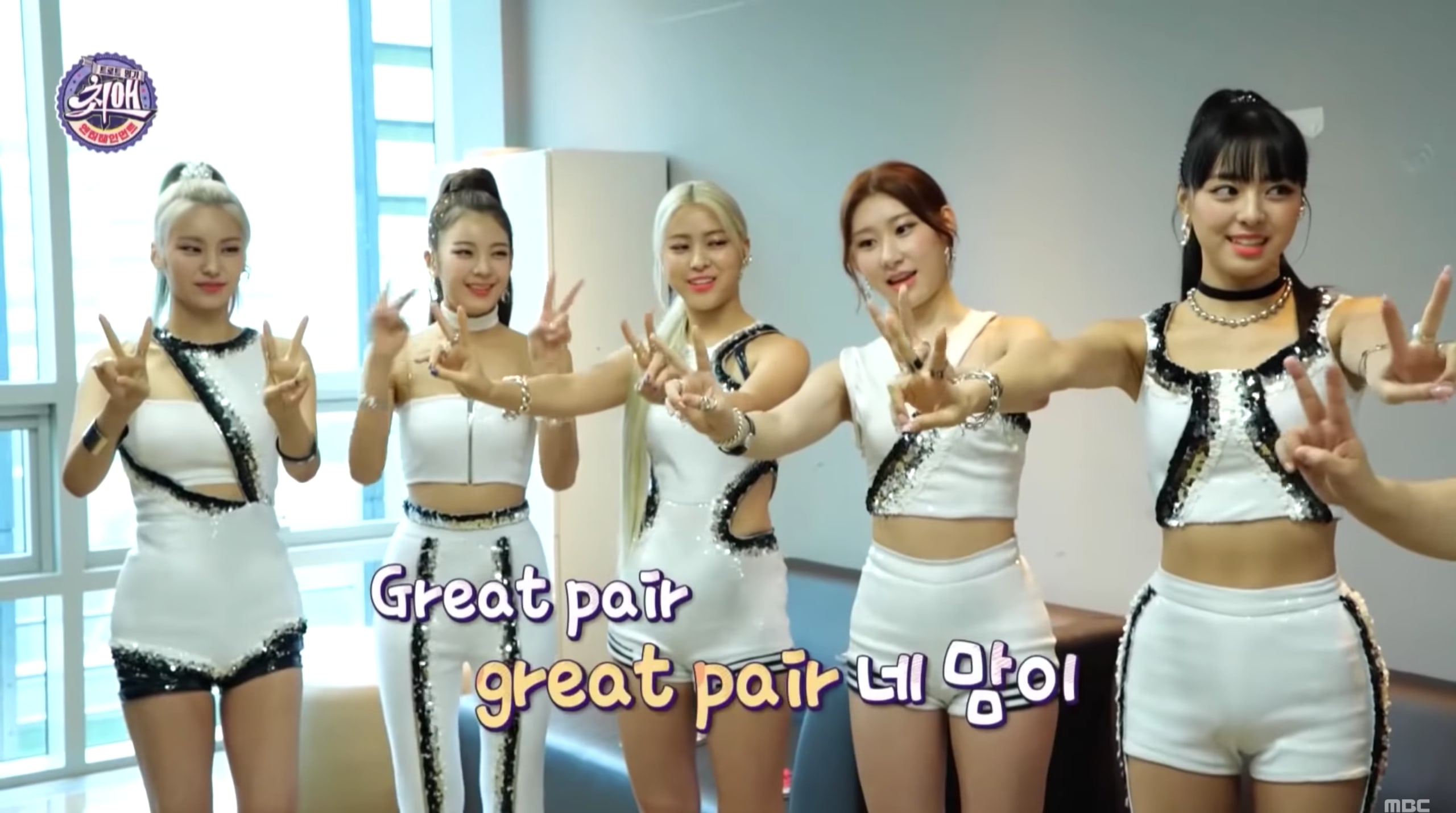 After ITZY gave the trot group a mini lesson on their choreography, they gifted each of the SUPERFIVE members one of their albums.

Hui, who debuted several years before ITZY as a member of PENTAGON, exclaimed, “They called me their senior!” Kim Shin Young jokingly commented, “Forget PENTAGON’s Hui, this is SUPERFIVE’s Lee Hwi Taek [Hui’s given name].”

Finally, ITZY’s Yeji told the group, “Congratulations on your debut.” Referencing the name of their title track, she added, “We’ll always keep our eyes on you.”

Watch the latest episode of “Favorite Entertainment” below!