Kim Min Jae And Park Eun Bin Share A Dining Table Full Of Secrets In “Do You Like Brahms?”

SBS’s new drama “Do You Like Brahms?” has revealed new stills ahead of the upcoming episode!

The new stills are arousing viewers’ curiosity as they picture the five members of the two love triangles gathered together for a meal. While Chae Song Ah and Yoon Dong Yoon have smiles on their faces, Park Joon Young observes them with an unreadable expression, almost as if he knows of Chae Song Ah’s feelings for her friend. Meanwhile, Han Hyun Ho smiles slightly in the direction of Lee Jung Kyung. 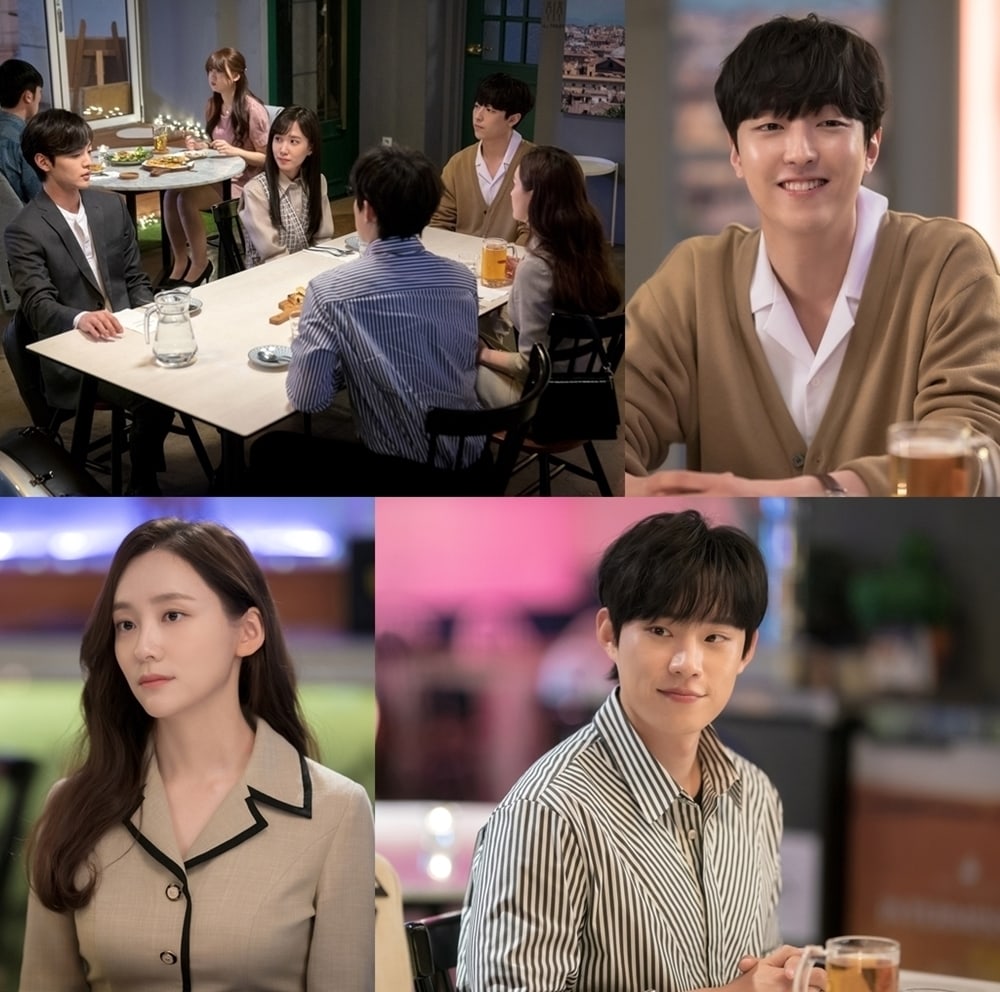 The production team commented, “The five friends who are tangled up between friendship and love will gather together in the same place. The upcoming episode is sure to amp up the excitement as secrets are revealed and more secrets begin. Look forward to what kind of emotions will be uncovered during the meeting.”