Watch: SHINee’s Taemin Is Invited By VIXX’s Ravi To Give Dancing Lessons On “2 Days & 1 Night Season 4”

On the September 6 episode, Taemin was invited to appear on the show by VIXX’s Ravi. Ravi and Taemin are part of the close friend group known as the “Friendship Parkas,” which also includes EXO’s Kai, HOTSHOT’s Timoteo and Ha Sung Woon, and BTS’s Jimin. 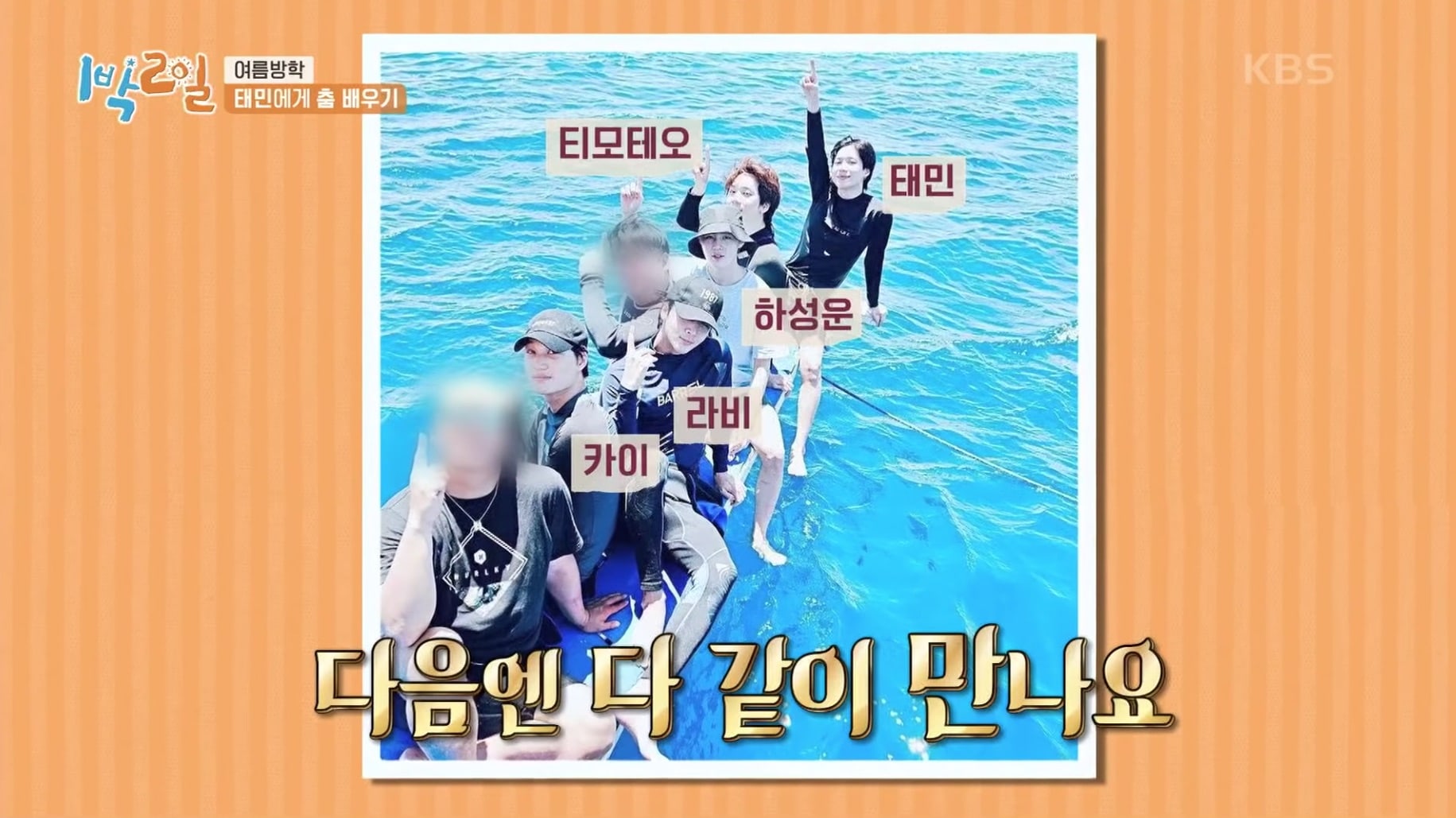 The mission for the show was to come up with a summer vacation schedule. Ravi asked Taemin to come on the show to help the cast learn how to dance. As a result, all the cast members went to SM Entertainment. 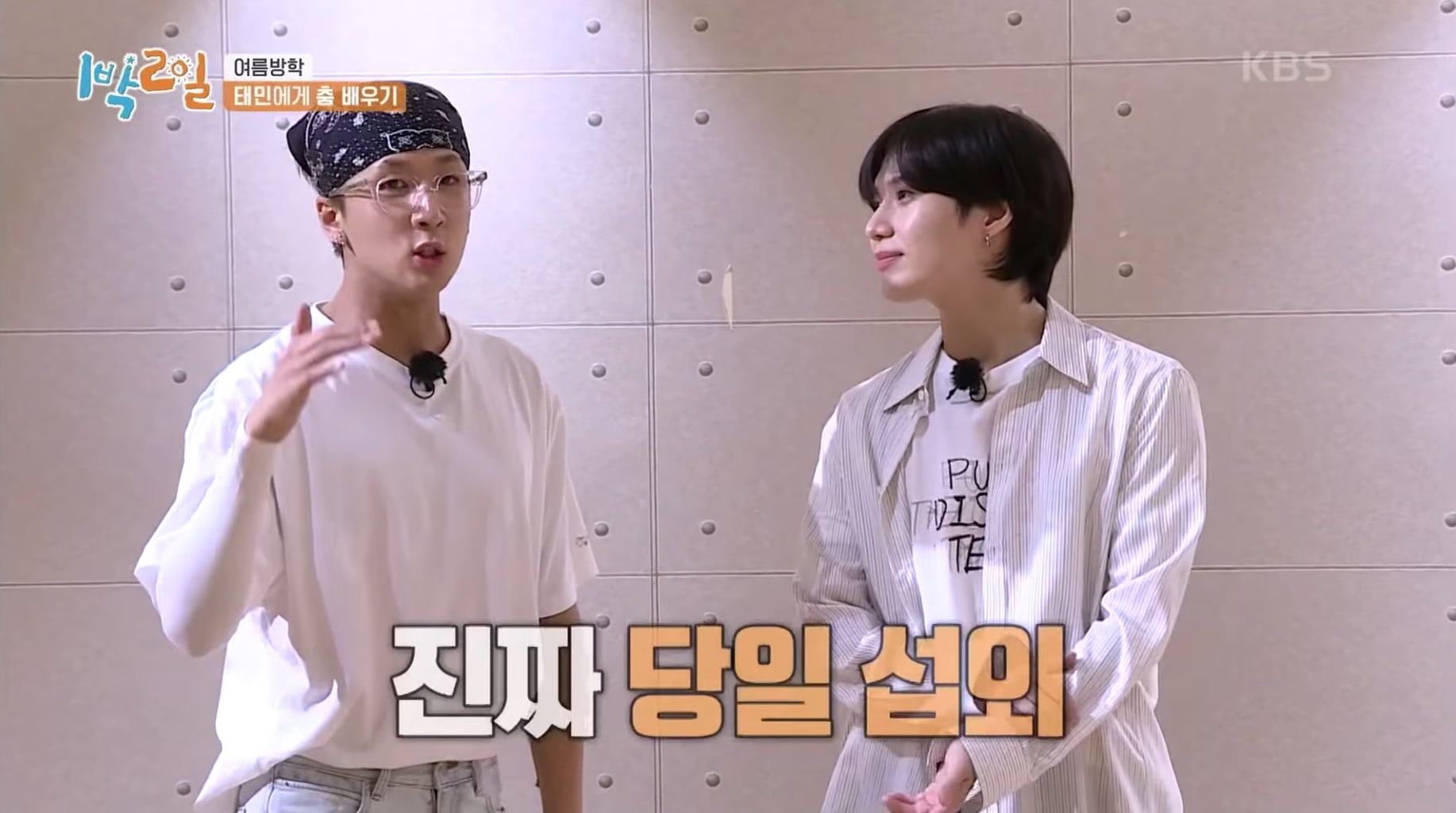 Ravi said, “There’s something everyone should know. I literally asked Taemin to come on the show today. He didn’t even know what we were doing, but he readily agreed.” 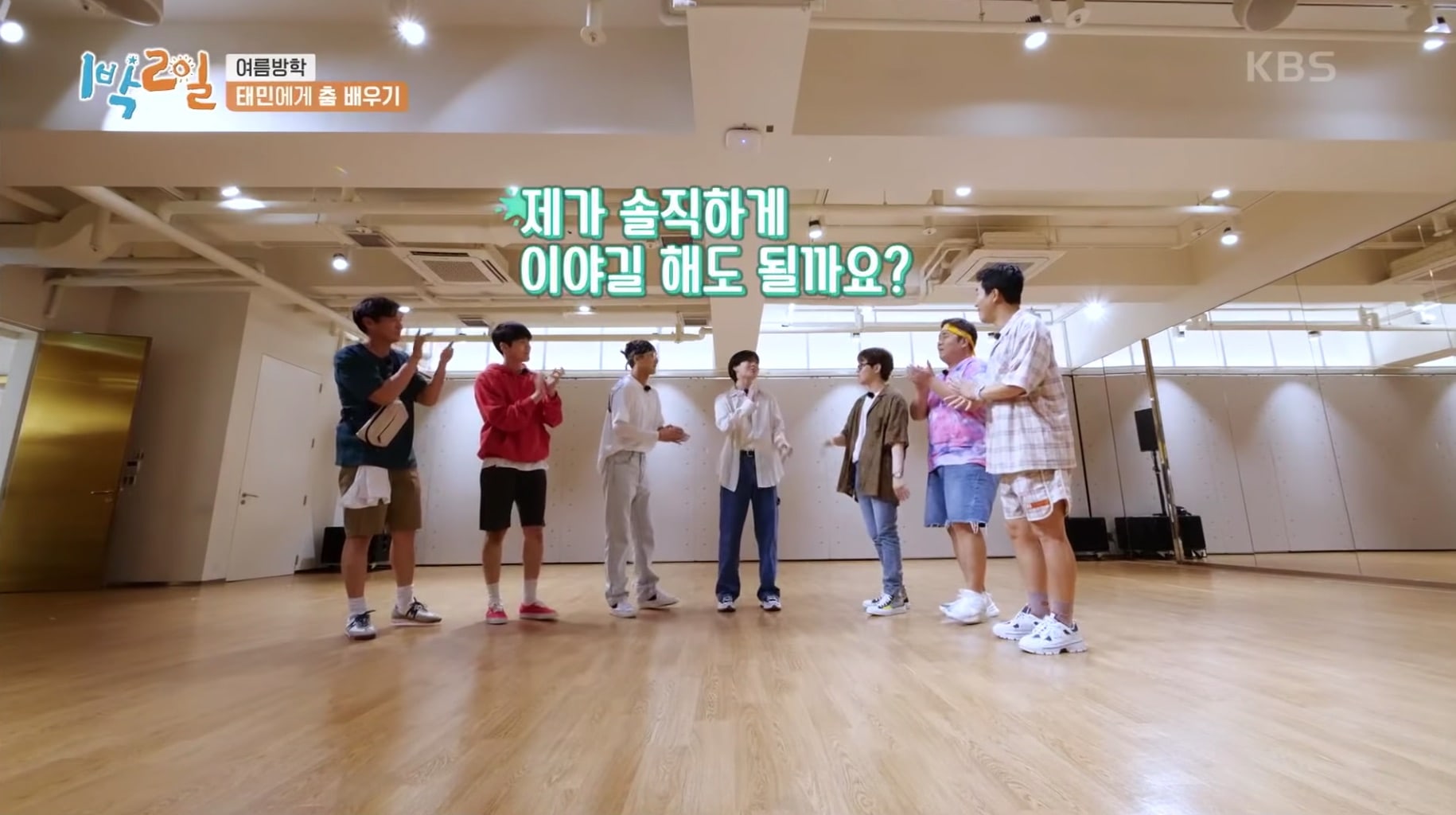 Taemin joked, “Can I speak honestly? [When Ravi called me], I thought that since this might go out on TV, I should agree just to manage my image. I have a busy schedule, but somehow today was the only day I didn’t have anything to do. I said that I would go on the show and then called my manager and he said, ‘You said you would do it? Then don’t you think you have to do it?”

Taemin was then invited by the cast to promote his upcoming album, “Never Gonna Dance Again: Act 1.”

To start the lesson, the cast showed off their dance skills in a freestyle session for Taemin to judge their basic skill levels.

Taemin said that he would teach the “2 Days & 1 Night” cast how to dance to his solo track “Move.” He burst into smiles in the background while the cast members attempted to bring out their inner sexiness for the dance. However, he went on to compliment them and said, “Each person has a strong sense of individuality. DinDin has a lot of sense and a good sense of rhythm. I feel like Yeon Jung Hoon has watched a lot of idol dances recently.” Taemin was also surprised by how fast Moon Se Yoon picked up the moves.

Asked to pick a center for their “group,” Taemin quipped, “The center has to be someone who is short.” In the end, he chose Ravi and Moon Se Yoon as the two centers, and DinDin and Kim Jong Min as the people beside the centers. 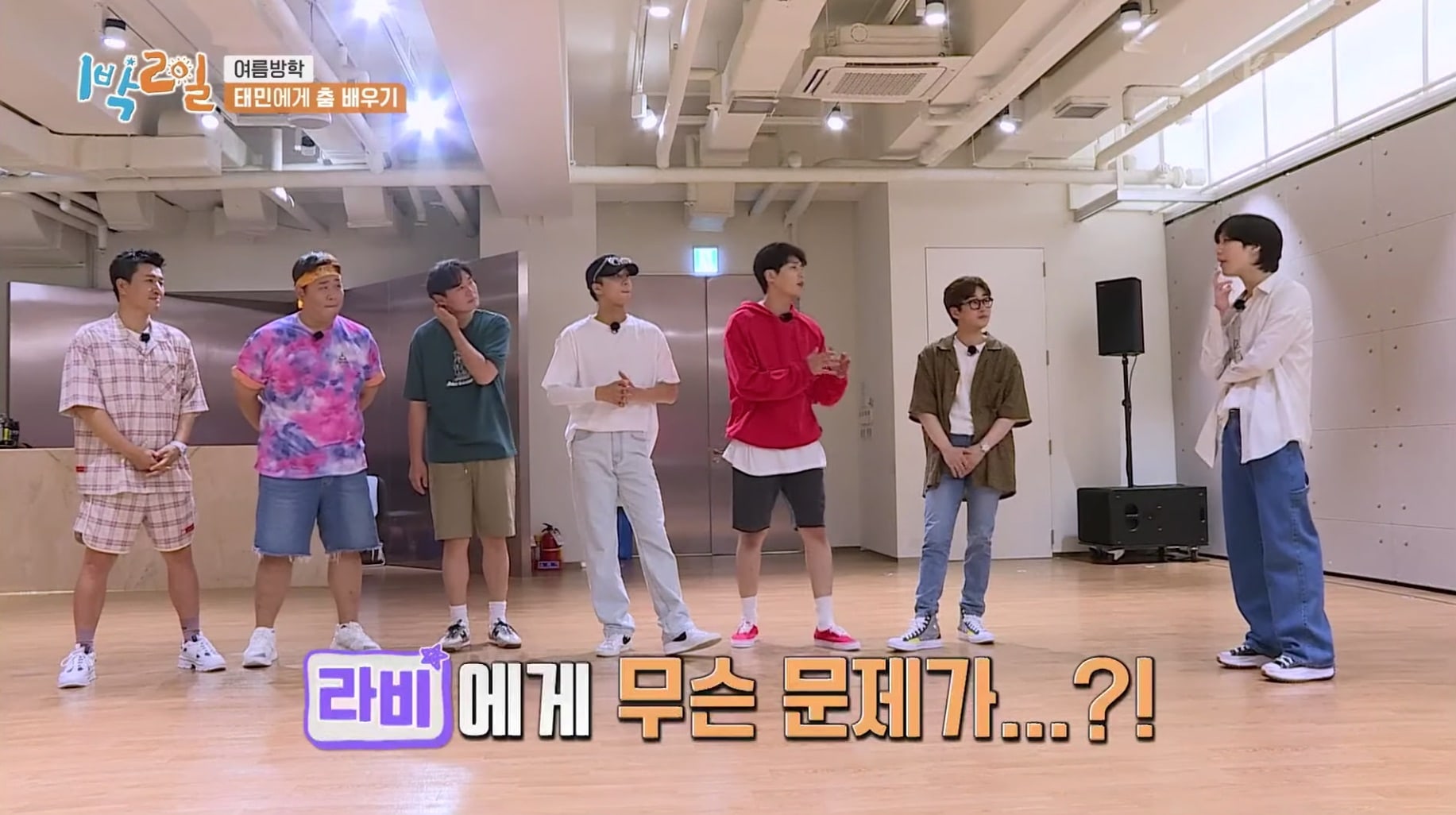 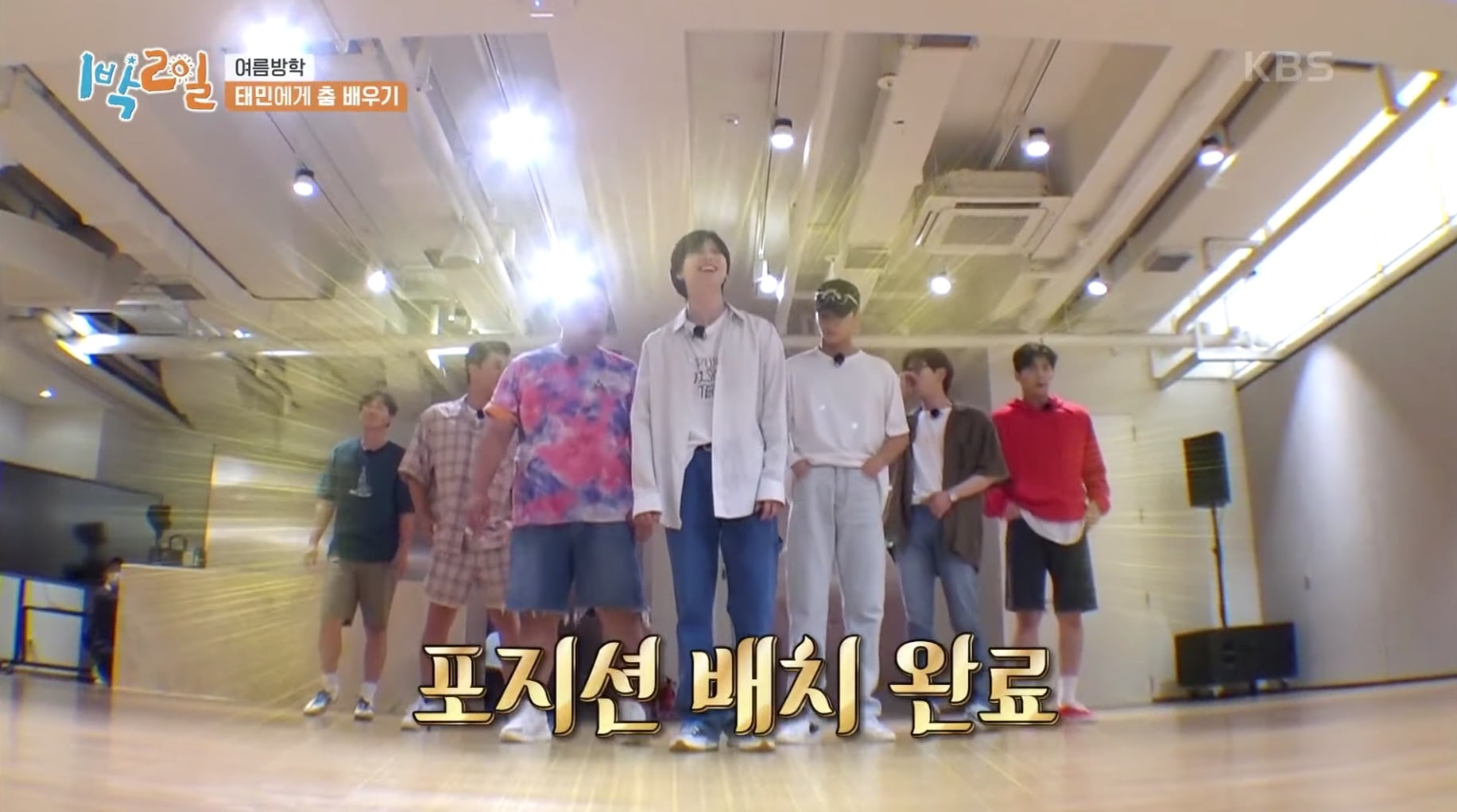