Kim Jong Kook recently opened up about how he feels when others discuss his exercising habits.

On the September 6 episode of SBS’s “My Ugly Duckling,” Kim Jong Kook’s segment started out at the gym. Afterwards, he met up with YouTuber Egg Kim, g.o.d’s Park Joon Hyung, and comedian Nam Chang Hee.

As they began eating their boiled chicken soup with rice, Kim Jong Kook commented, “People think I just like chicken breast, but I like chicken legs too.” Egg Kim chimed in, “Since we’re on high-protein diets while working out, just talking makes me feel like my muscles are growing.” Kim Jong Kook made everyone laugh by responding, “For us, we’d rather have money fall out of our bank accounts than lose muscle.”

When asked if there was any specific place where he wanted to try working out, Kim Jong Kook shared, “The reason I go to Los Angeles so often is because of the gym.” He excitedly added, “I like the training center for national athletes better than Disneyland.”

Kim Jong Kook went on, “I also check out how the gym is before booking a hotel. I don’t go to hotels that don’t have gyms. If they don’t have one, I’ll make one and work out no matter what.” 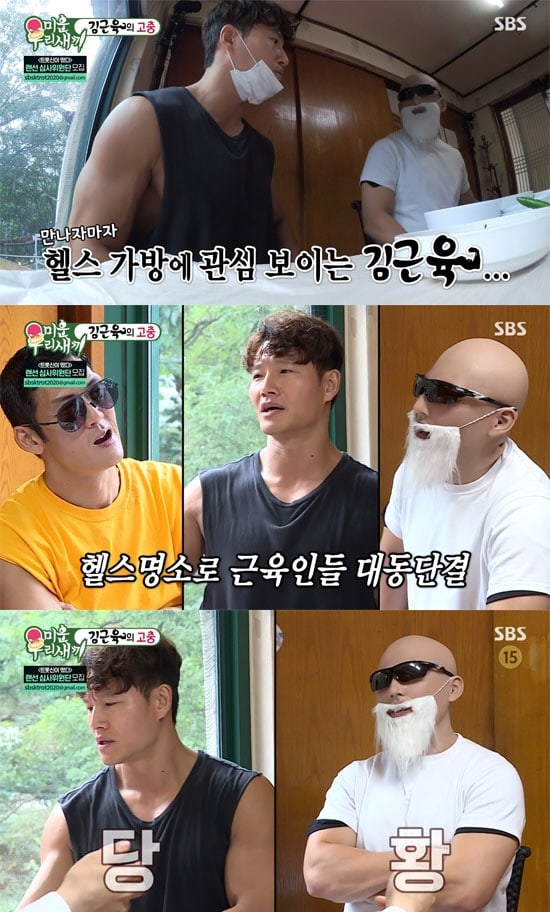 King Jong Kook also touched on some struggles that come with being so athletic, commenting, “I don’t exercise because of women. All I need is one woman who likes this kind of body.”

He continued, “If someone says they like me, people think they like me for my body. But they just like who I am as a person. They like how diligent and serious someone who exercises is.” 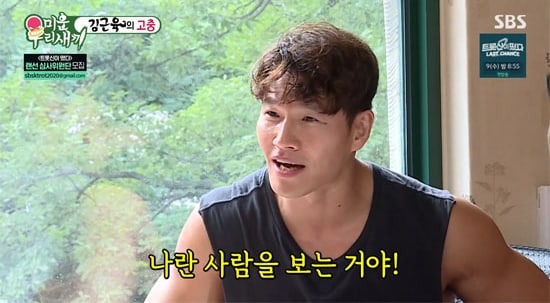 The four of them later discussed a saying that “muscle men” make the best husbands. They agreed with the saying and shared, “[To eat,] all we need is chicken breasts,” “If you can’t reach us, we’re not at the club but at the gym,” and “For clothes, we just need shorts and a T-shirt.”