As tvN’s “Flower of Evil” races towards its conclusion, chief producer (CP) Yoon Sang Won dished on what viewers can expect from its final five episodes.

With its suspenseful plot and powerful acting by leads Lee Joon Gi and Moon Chae Won, the thriller drama has received both critical acclaim and a positive response from viewers. Additionally, Lee Joon Gi has been topping the list of most buzzworthy drama stars for multiple consecutive weeks due to his captivating performance as Do Hyun Soo.

Yoon Sang Won remarked, “I’m grateful that so many people have been tuning in and showing love for the drama even though it airs late at night. To be honest, because we worked so hard on the drama, I do wish that even more people would tune in. But ratings aside, all of the interest and support we’ve received from viewers, as well as all the buzz about the drama, have really helped motivate the actors and the entire production staff. It keeps us going, and I think it’s giving us the strength to continue to pursue excellence without becoming exhausted.” 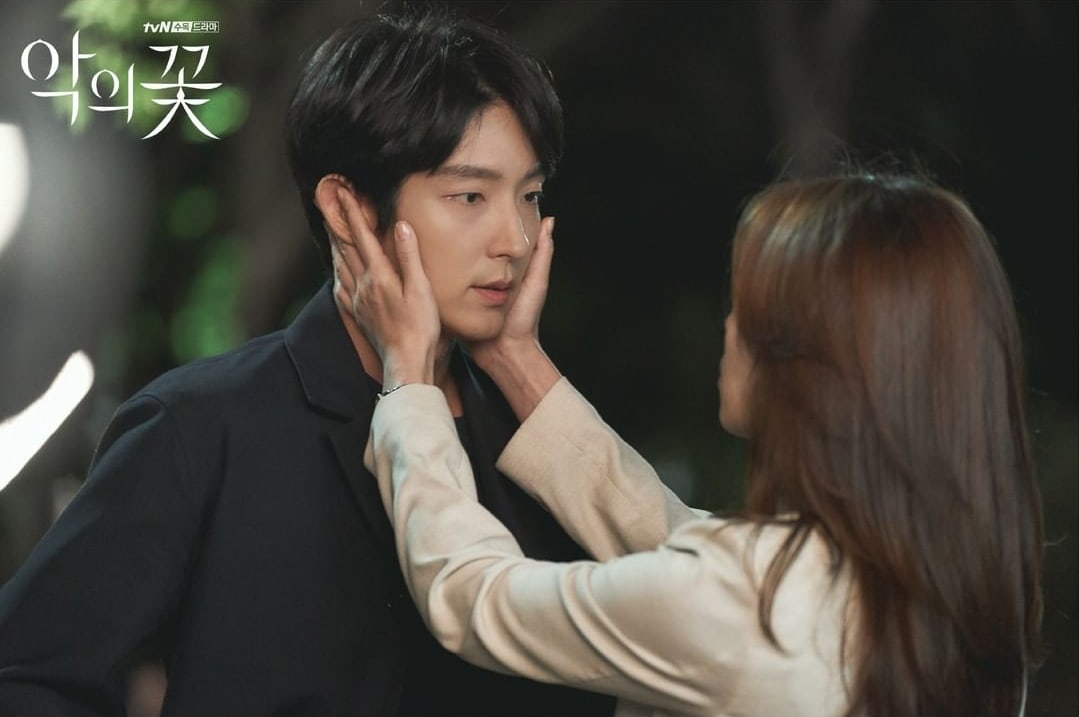 The CP also revealed that no matter how gritty and intense the story gets, the cast and crew is still having a great time working together. “‘Flower of Evil’ is currently heading into its final act, and there are many emotional scenes [in the remaining episodes],” he said. “But the atmosphere on set is cheerful, and everyone is happily working together during filming.”

Yoon Sang Won went on to share his thoughts on what viewers should keep an eye out for as the drama winds to a close. “We’ve been breathlessly racing towards the end of the drama, and there are now only five episodes left,” said the producer. “I hope that you’ll keep an eye on how Do Hyun Soo’s emotions, which suddenly sprouted from his tears [in the previous episode], change in the future.”

“Additionally, Do Hyun Soo and Cha Ji Won will find themselves tested once again,” he continued, “and as their story unfolds, I’d like to say: it isn’t over until it’s over.”

Finally, Yoon Sang Won added, “Another point that I’d like to draw attention to is the relationship between Moo Jin and Hae Soo—and whether they’ll be able to wash the scars of the past away and come together again.”