Oh My Girl’s YooA Talks About Receiving Encouragement From Members, Thoughts On Group’s Success, And More

Oh My Girl’s YooA revealed her thoughts on her first solo album, how the members supported her, and more!

On August 7, YooA held an online showcase to celebrate the release of her first mini album “Bon Voyage” and the music video for the title track of the same name.

As this album marks her official solo debut, YooA said she felt very nervous, explaining, “I couldn’t even sleep. I’m not usually the type to get nervous, but I was.” However, she said that after promoting as a member of Oh My Girl for five to six years, she used the opportunity to work hard to fill up the stage with her own presence.

The title track “Bon Voyage” has a magical vibe and evokes feelings of being inside nature. YooA noted that it could be considered a unique song. “It’s a very dreamlike and mystical song, but the chorus has a kind of jungle vibe that changes the mood of the song,” she explained. “You might feel that it’s dynamic and fresh. I thought it would be nice if you could feel comforted in hard times by thinking of Mother Nature.” 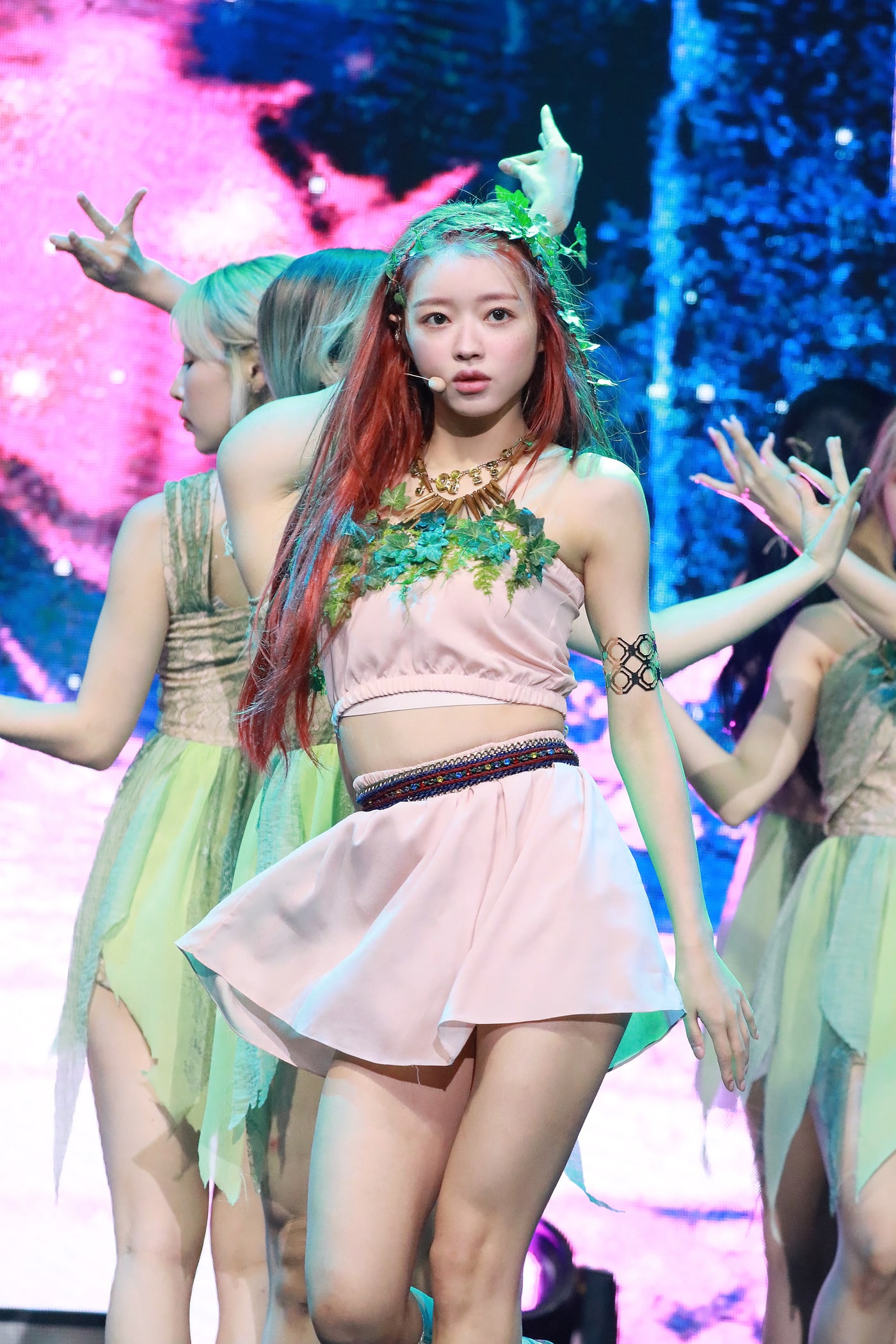 When asked why she chose to debut with a mini album, YooA responded, “I wanted to have a lot of tracks that expressed my own unique colors. The mood of each song changes based on my voice or expressions, so I wanted to show everyone how I could interpret the songs in my own style.”

YooA then delved into more detail about her own personal color as she explained, “I thought that the seven members of Oh My Girl represented the seven colors of the rainbow. Rather than defining myself as one of those colors, I think I’m closest to emerald.”

“Bon voyage” is a French phrase used to send people off on their journeys. In keeping with this theme, YooA said that her album marks her own first journey. She commented, “Just like how I’m improving step by step, the hope that everyone will also continue forward on their journeys is a message I included in the album.” 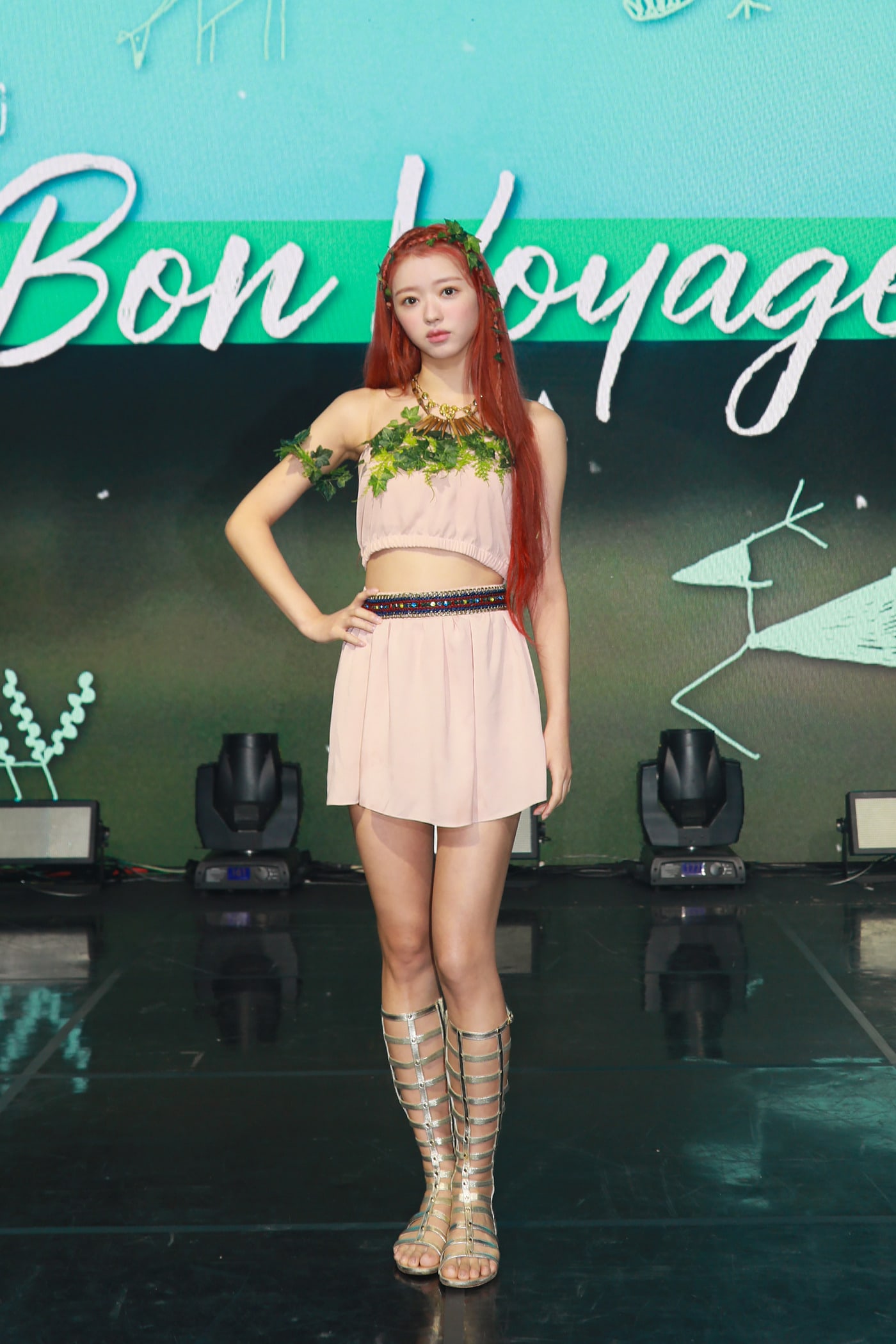 Oh My Girl made waves last year after participating in the Mnet reality show “Queendom.” The group also took over music charts earlier this year with their title track “Nonstop,” bringing their name into the spotlight once again. YooA brought up the burden she felt releasing a solo album after her group saw so much success. “If I said I didn’t feel burdened, it would be a lie. I felt worried and thought that I might hurt the group,” she admitted.

YooA also expressed her gratitude towards the members as she said, “The members stayed by my side and encouraged me by saying things like, ‘You can do it,’ and ‘We believe in you.'” YooA described a time when she talked about her worries with Binnie, saying, “Binnie asked me what was wrong, so I poured my heart out to her. Binnie told me, ‘I support you,’ and it brought me to tears.” YooA also revealed that Seunghee was the one who drew her album cover. “I was happy since she drew it better than me,” she said.

Commenting on Oh My Girl’s steady and continuous growth as a group, YooA said, “When we first debuted, I thought that it was good to improve faster than others. Although it was difficult, we spent five to six years improving. I’m quite proud of the phrase ‘steady improvement.’ As a solo artist, I want to show steady improvement as well instead of just showing everything at once.”

YooA wrapped up with some closing comments about her first solo album. She said, “Oh My Girl is a group that expresses the different sides of girls in a variety of ways. As just YooA, there are a lot of sides of myself that I can show you, so I put plenty of my own identities into the album. I’ll bring you comfort and show you how I progress, and I’ll leave you wondering what’s next.”

Oh My Girl
YooA
How does this article make you feel?