NU’EST’s Ren has successfully wrapped up performances for “Jamie” (original title “Everybody’s Talking About Jamie”), where he played the leading role in his first musical since debut!

After saying goodbye to the musical with his last performance on September 6, Ren talked about finding courage, his biggest supporters, receiving advice from 2AM’s Jo Kwon, and more in a recent interview.

Ren said, “There were times when I would lose confidence in myself while living as an idol. Whenever that happened, I blamed and pressured myself a lot, but after going onstage for ‘Jamie’ this time and hearing good reviews from others, I felt like I was finding the confidence that I had once lost. It became a time for me to confirm that I can believe in myself more in the future.”

Ren shared his thoughts on the end of his first musical. “Rather than feeling relieved, I feel more disappointed,” he admitted. “Maybe it’s because my character is someone I can’t meet just anywhere, but I felt more attached to him. Thinking about how I have to part ways with Jamie, I couldn’t even fall asleep. I felt very confused. I started becoming attached to my co-stars as well, so it’s really a shame.”

Ren talked about how he felt when he first received the news that he’d been cast for “Jamie.” He said, “I was a bit in disbelief. I studied the musical, watching the performances of the original ‘Jamie,’ and I started to worry after seeing the actors pull off amazing singing, dances, and so many lines. I felt pressured as to whether I’d be able to do well, so even before I went onstage for my first performance, I kept asking people around me for advice.”

He continued, “In particular, my parents told me, ‘You have to do this. Isn’t this an incredible opportunity? Passing the auditions means that you’re allowed to have that much more confidence.’ They cheered me on like that, and I found courage. Regardless of whether people liked my performance or not, I felt like I needed to take on the challenge.” 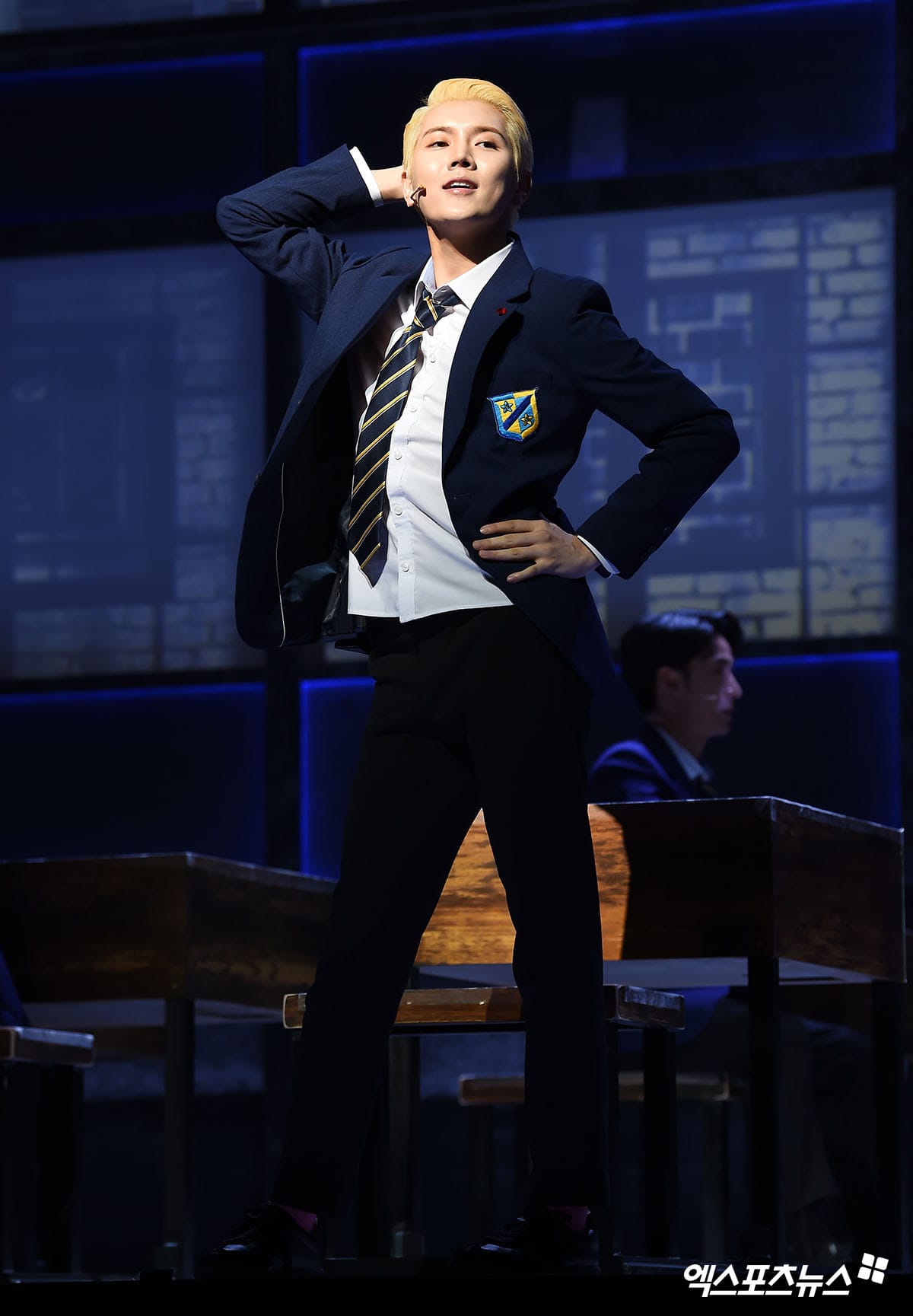 Ren spoke candidly about the limitations that come with being an idol. “There were a lot of things I wanted to show as ‘Choi Min Ki’ [Ren’s birth name], but there was a limit,” he began. “I wanted to show people more of my artistic side, my skills, or my charms, but I didn’t have a lot of opportunities to do so. I always wanted to do more. That’s why when the auditions for ‘Jamie’ were announced, I felt like I really needed to try it out.”

Ren continued, “I worked very hard. Aside from when I was eating and sleeping, I didn’t let go of my script. Of course I can’t judge whether I’ve done well or not, but I’m truly thankful that my fans are proud of me for pulling off this musical.”

The musical tells the story of 17-year-old Jamie, who confronts prejudice in order to follow his dreams and find his true self. Ren talked about the similarities between himself and his character. “I was 16 when I came to Seoul with a dream,” he said. “I was happy and excited. However, once I began my life as a trainee, each day was harder than I had expected because I didn’t know what would become of my future.”

He added, “I saw a lot of my friends who didn’t get to debut at all after being disqualified at the evaluations. I was continuously anxious.” Ren also said that living apart from his parents added to the anxiety. “That’s why my love and affection for my family is strong even now,” he said. “My family is the greatest existence to me.”

Ren shared that his family was what allowed him to overcome the stress of being a trainee. He talked about living with his grandparents, who were his biggest supporters. “I was able to rely on my grandparents,” Ren said. “They’ve never made me feel discouraged, and they always showed how proud and confident they were in me.”

He continued, “After I debuted, they saw me on TV and were both very amazed and happy. That in itself makes me incredibly happy. That’s why the part in the musical where the support from Jamie’s mom and aunt allows him to overcome discrimination in society resonated with me.” 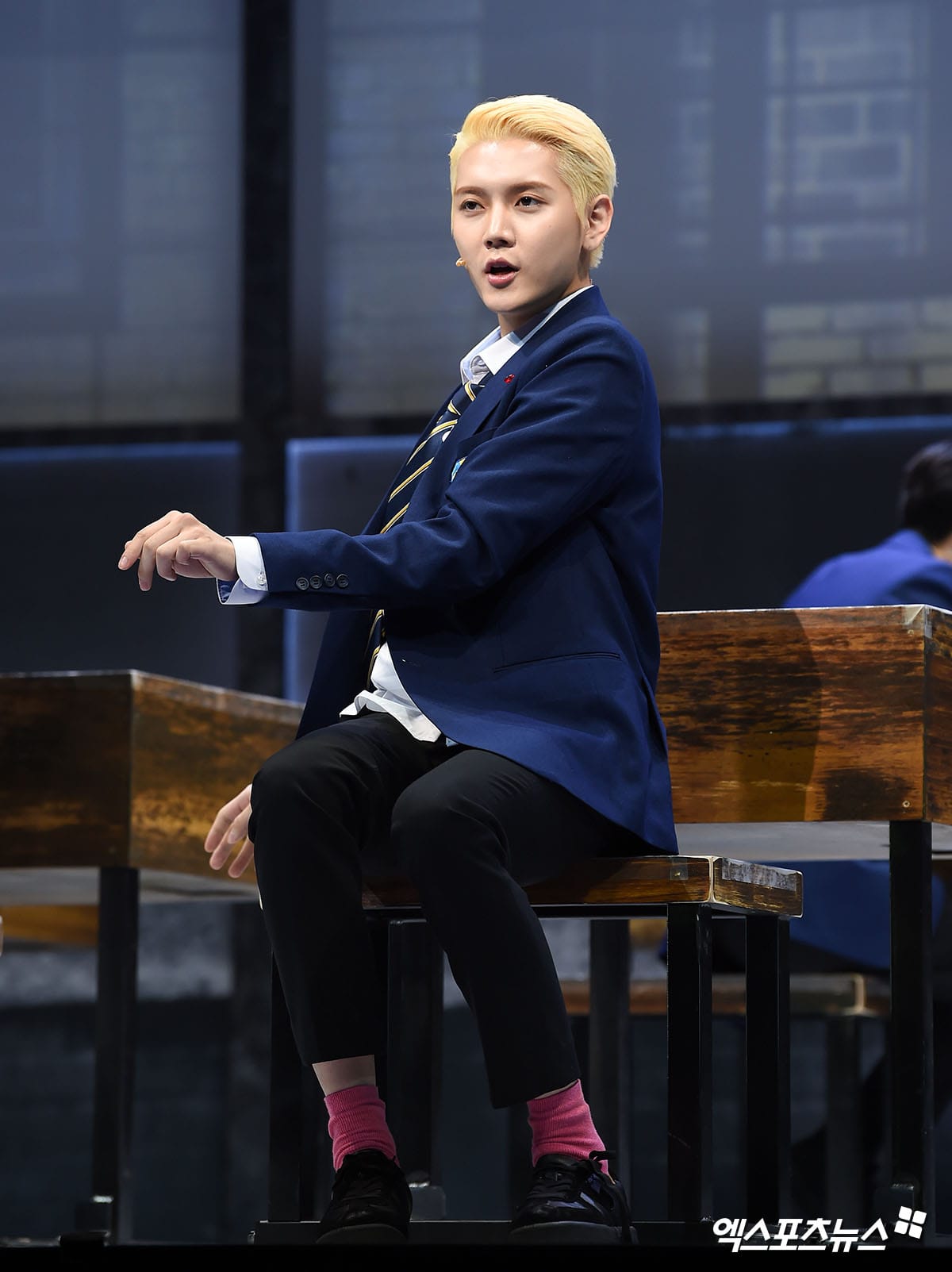 Ren also talked about how grateful he is for each audience member who showed up to watch his performances even during the COVID-19 pandemic. “I can’t say anything other than, ‘I’m thankful,'” he said. “We’re in a very cautious situation, and going to a theater can be a burden. But that also means the audience members showed up, trusting the person Choi Min Ki and the musical ‘Jamie.'”

He went on to say, “It’s actually very hard to go to a theater with the thought of wanting to cheer someone on and enjoy the musical. With that being said, I don’t think I can ever forget the fans who showed up to the theater in these times. Now I feel like I must do better things in the future and show my fans even better things.”

Ren expressed his desire to take on more musicals in the future. “I really wanted to promote in the past, and I had a hard time because there weren’t many opportunities, but ‘Jamie’ solved that problem,” he said. “With the confidence of knowing that I’ve finished this project successfully, I want to try out other musicals. I also want to try a different genre of acting. If I hear someone say, ‘I see that Choi Min Ki has these impressive skills,’ I think that’ll be very fulfilling.” He added with a laugh, “I hope that the people working on musicals will see my potential and give me a call.”

Ren also talked about his gratitude toward 2AM’s Jo Kwon, whom he worked with for the musical. “I was very nervous because it was my first musical,” Ren said. “Thankfully, so many actors encouraged and supported me. Jo Kwon in particular gave me a lot of good advice as a senior artist.” 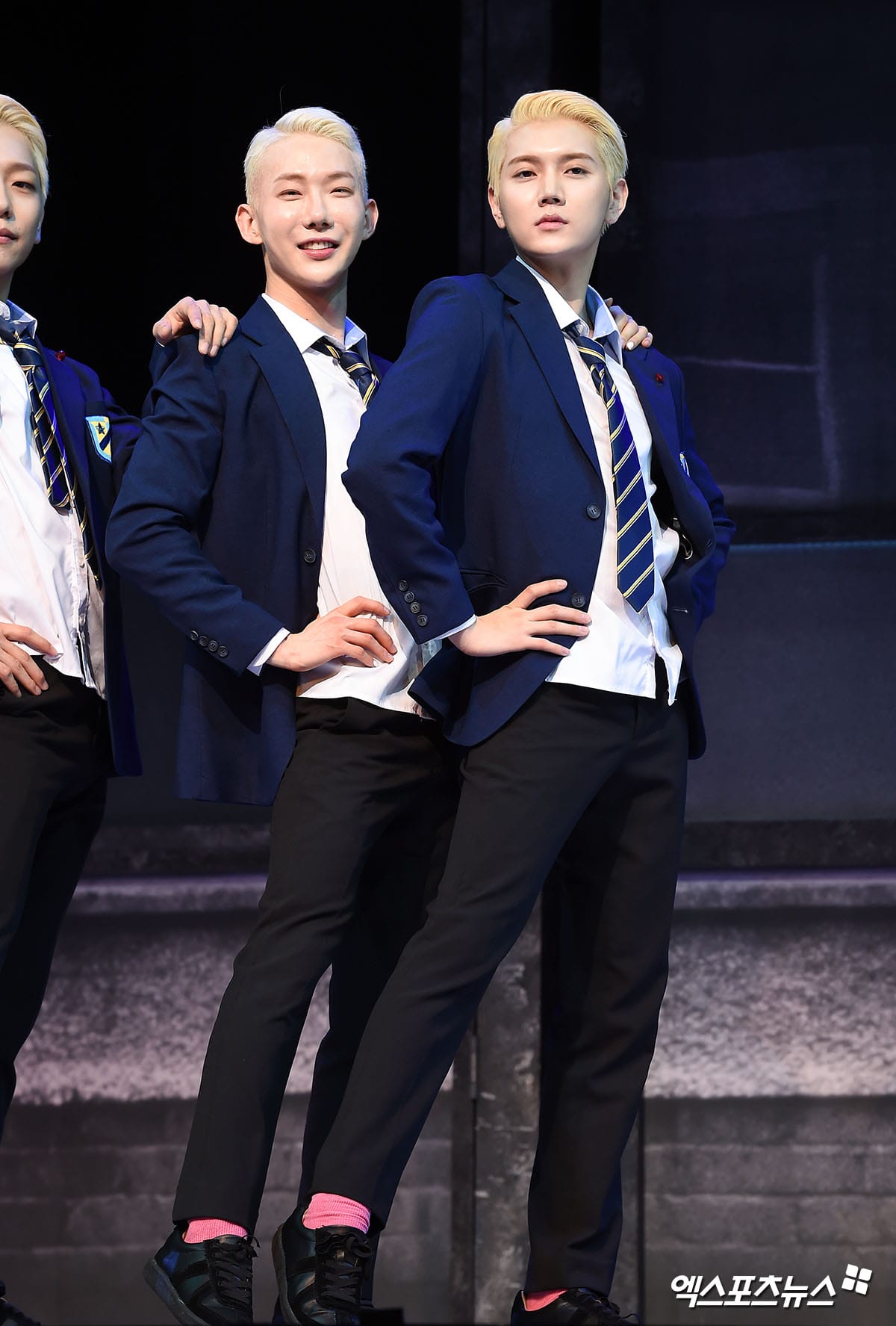 He continued, “Jo Kwon is someone who performed in musicals a lot while promoting as an idol, so he has a lot of experience. After I was cast for ‘Jamie,’ he talked to me a lot about the problems of being an idol and the paths I can take to become a musical actor. Jo Kwon also told me that since he had such a hard time in the past, he wishes I wouldn’t go through that.”

“I thought he was very cool for telling me such nice things when we met for the first time,” Ren commented. “I was thinking, ‘People who’ve succeeded really are different.'”

NU'EST
2AM
Jo Kwon
Ren
XPN
How does this article make you feel?