“Flower Of Evil” Shares 3 Key Points To Watch Out For

“Flower of Evil” shared what to look out for in the show’s remaining episodes!

The drama is about a man named Do Hyun Soo (Lee Joon Gi), who lives under the identity of Baek Hee Sung (Kim Ji Hoon) to hide his past. His detective wife Cha Ji Won (Moon Chae Won) begins to suspect that he may be a serial killer, and the couple is ultimately forced to confront a dark truth they never wanted to face.

With only a few episodes left until the conclusion, the production team unveiled three key points to watch out for:

One of the most important points to pay attention to is the emotional change of Do Hyun Soo. His father’s serial murder case was a traumatic incident for him, and whenever someone mentioned it, he would find it difficult to breathe. He also felt suffocating shock when Cha Ji Won tried to end things with him. Do Hyun Soo, who originally didn’t understand people’s feelings, slowly broke down his iron wall, and he eventually burst into tears when his wife still wanted to stay with him even after she found out his true identity.

The production crew revealed, “Do Hyun Soo actually experienced a shortness of breath whenever he wanted to cry. I hope you look forward to the change in Do Hyun Soo as he becomes more open to various emotions.”

The second key point to keep an eye out for is the showdown between Do Hyun Soo and Baek Hee Sung. Previously, it was revealed that Baek Hee Sung is actually Do Hyun Soo’s father’s accomplice.

The production crew commented, “The fateful confrontation between Do Hyun Soo and Baek Hee Sung will soon unfold. As the story progresses, viewers will be able to find out how the two are fatefully intertwined and how their showdown will end.” 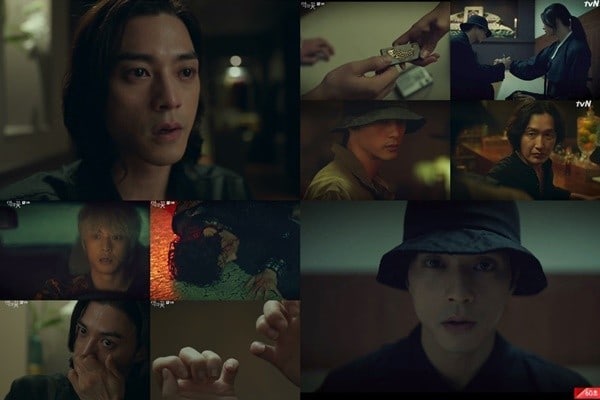 Last but not least, Do Hyun Soo, Cha Ji Won, Do Hae Soo (Jang Hee Jin), and Kim Moo Jin (Seo Hyun Woo) will have to make their final decisions about how they want to conclude this chapter in their life.

In episode 11, Do Hyun Soo and Cha Ji Won found out the truth, but they still chose to stay together. Do Hae Soo made arduous efforts to find her father’s accomplice in order to set her brother free, and Kim Moo Jin stayed by her side to protect her, despite her attempts to push him away.

The production team said, “Do Hyun Soo and Cha Ji Won’s love will be tested once again, and a new story will unfold. Do Hae Soo and Kim Moo Jin will also have to make their final choices. Please watch in order to find out what they will decide to do in the end.”