The tvN fantasy drama tells the tale of a male gumiho (a mythical nine-tailed fox) named Yi Yeon who has settled in the city (Lee Dong Wook) and the fearless producing director Nam Ji Ah who is determined to hunt him down (Jo Bo Ah).

Previously, the show revealed a dramatic teaser video that included Nam Ji Ah tracking down Yi Yeon and questioning him on camera.

On September 8, an “interview teaser” shares more of their conversation, revealing a much more lighthearted scene. Nam Ji Ah starts out the interview by asking Yi Yeon for his name and age. He tells her his name and says he’s 36 years old. When asked how many years he deducted to reach that number, Yi Yeon begins to honestly reply, “One thousand, six hundred—” but then stops himself and says “No comment.”

“How many tails do you have?” asks Nam Ji Ah. He starts to answer nine before saying, “You’re asking a person about tails? No comment.”

Nam Ji Ah says, “It must be hard to take care of them.” Yi Yeon looks at his backside and agrees, beginning to share his shampoo and treatment regime, and then says, “No comment.”

“What’s your favorite food? Liver?” she asks him, referring to how gumihos are often said to eat livers. He scoffs, “Who’d pick liver these days? It’s mint chocolate.”

Nam Ji Ah is surprised and asks why he’d like mint chocolate, and suddenly the lights dim and Yi Yeon is addressing the camera like he’s filming a commercial. He describes mint chocolate’s best traits, from its “fresh color” to its “perfect mix of freshness and sweetness” and “charming scent.” “I really love mint chocolate,” he says, winking and making a heart with his hands. 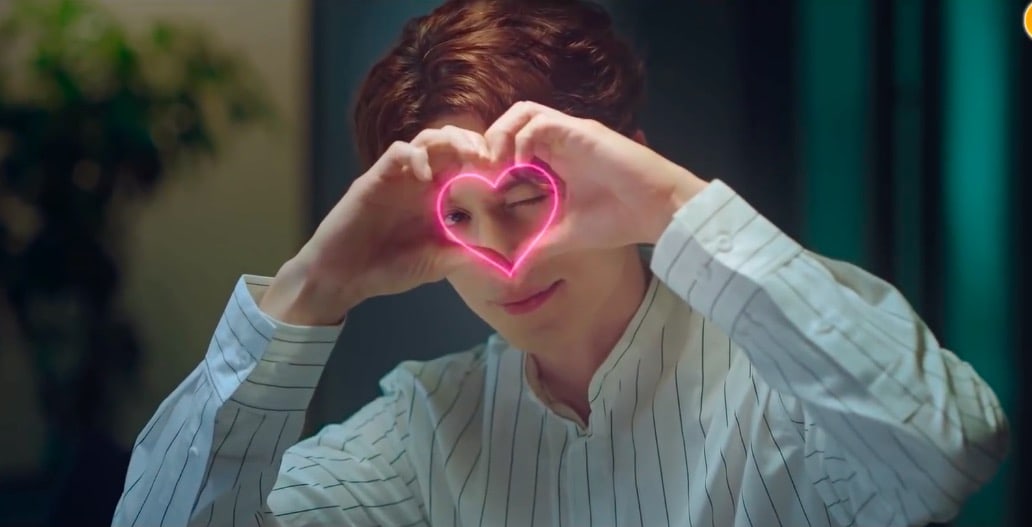 The atmosphere gets serious when Nam Ji Ah asks him her final question, “What is it you’re doing here?” He replies, “I’m searching for someone. Just one person.”

The preview then ends with the scene from the previous teaser. Yi Yeon asks her about her own search and Nam Ji Ah tells him that she’s looking for something that isn’t a person. She looks in his eyes before saying, “And I just found it.”

“Tale of the Nine Tailed” premieres in October.

Watch Lee Dong Wook on his talk show “Because I Want to Talk” below!

Lee Dong Wook
Jo Bo Ah
How does this article make you feel?