DAY6’s Even Of Day Talks About Dowoon Being Leader, Favorite Memories Since Debut, And More

On September 8, Wonpil, Young K, and Dowoon appeared as guests on SBS Power FM’s “Choi Hwa Jung’s Power Time” and chatted about Dowoon’s new position as the leader of DAY6’s Even of Day, their happiest memories, how they spent their first paycheck, and more.

Dowoon shared his thoughts on becoming the leader of the unit. He said, “I feel like I’m just the leader by name. I don’t know why I became the leader.”

He continued, “Being the leader is really different from being the youngest. When they ask the leader to introduce their song on music shows, I have to memorize what I’m going to say because I don’t write the songs.”

Asked how Dowoon became the leader of the unit, Young K said, “He looks like one,” making everyone laugh. 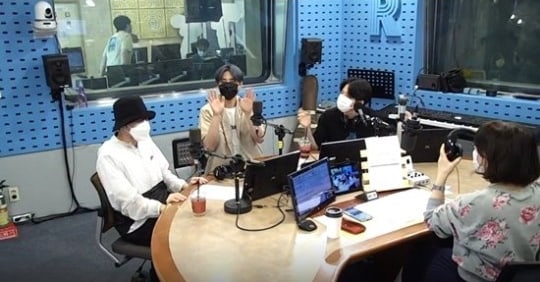 The unit talked about their most memorable moments since DAY6’s debut. Wonpil said, “I was the happiest when the group DAY6 was decided.” Young K added, “The memories of performing at our concerts are still clear to me.” Dowoon agreed, “I’m happy whenever the five of us feel like we’ve become one when we’re onstage making eye contact, jumping around, and having fun.

Host Choi Hwa Jung mentioned that many artists are holding online concerts nowadays. She asked the members if they have any plans to hold one. “We’ve been talking about it, but nothing has been confirmed,” Wonpil said.

The members also talked about what they bought with their first paycheck. Dowoon shared that he treated himself to chicken, and Young K similarly bought meat for himself and his friends. On the other hand, Wonpil said that he sent the money to his family and got himself a pair of shoes. “They’re too small so I can’t wear them, but I can’t bring myself to throw them out,” Wonpil said. He added with a laugh, “My parents really liked that I gave them money. They still tell me that I must stay healthy.”

Young K, who hosts a radio show as well, compared “Choi Hwa Jung’s Power Time” to his show “Idol Radio.” He said, “The atmosphere is really different. What’s appealing about ‘Idol Radio’ is that I can meet a lot of different people there. I’m able to see them in person, but the fun part is sharing a word or two with them while the music plays.” 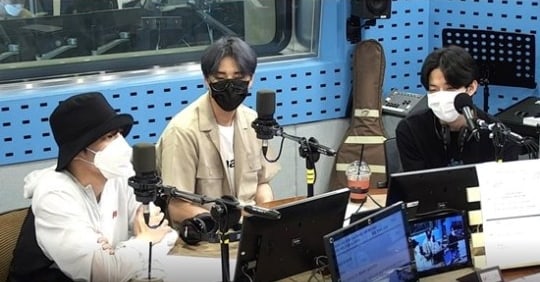 When asked if there is someone he’d like to invite on the show as a guest, Young K replied, “If I have to choose one person, I’d be curious to see what [JYP Entertainment founder] Park Jin Young would be like as an artist.”

A listener asked the unit if they do anything in particular before they fall asleep. Dowoon said, “I tend to play games because I want to finish off my day with fun and go to sleep satisfied.” Wonpil shared, “I always have to drink water.” Young K answered, “This hasn’t happened to me lately, but I usually have to eat a lot for me to fall asleep. Nowadays, I’m not eating as much to take care of my throat.”

As a final comment, leader Dowoon said, “Our hyungs [older male friends] wrote some really good songs, so please take a listen to Even of Day.”

If you haven’t already, check out the title track “Where the Sea Sleeps” off Even of Day’s first album “The Book of Us : Gluon – Nothing can tear us apart” here!

DAY6
Choi Hwa Jung's Power Time
DAY6 (Even of Day)
How does this article make you feel?