Episodes 3 and 4 of “Do You Like Brahms?” continue to charm viewers with their soft and lyrical nature just as the premiere episodes did. As tensions continue to rise between both friend groups, Chae Song Ah (Park Eun Bin) and Park Joon Young (Kim Min Jae) gravitate towards each other. Here are some of the things we loved and hated about the new episodes.

Warning: spoilers for the episodes below.

The stand out scene in the third episode is the ending. After having a tearful conversation with Kang Min Sung (Bae Da Bin) about Yoon Dong Yoon (Lee Yoo Jin), Song Ah confronts Joon Young in the piano room. She pieces together that Joon Young stopped her from seeing her friends’ heated confrontation in the staircase the other night at dinner. Without words, Joon Young walks back to the piano and begins to play Beethoven’s “Moonlight Sonata” and near the end transitions it into the “Happy Birthday” song. Afterwards, he bravely stands up, asks Song Ah if she would like to be friends, and embraces her.

This scene is the epitome of romance. Earlier in the episode, Jung Kyung discusses the idea that Joon Young speaks through music rather than words and actions. One detail that makes this scene so extraordinary is that not only does he console Song Ah with music, but he verbally and physically consoles her as well. Song Ah’s voiceover really clues in viewers on how moved she is by Joon Young, and it’s just absolutely delightful. If this is how he acts when they’re just friends, viewers can only imagine how his charms will grow when the pair becomes a couple. Of course, the best detail has to be that Joon Young played her the “Happy Birthday” song. It’s so subtle that you may not catch it on your first listen, but it really speaks volumes on how much he already cares for her. He didn’t want her to leave the practice room upset, and he consoled her in such a tender way.

LOVED: The “thank you” scenes

It’s no secret that Song Ah and Joon Young are quite similar, and so similar in fact that they’ve even asked each other the same question at the same time. This week, the pair become each other’s saving grace as they face awkward situations with their friends.

After leaving the piano room with Joon Young, Song Ah admits that she does not want to attend her birthday dinner, and Joon Young tells her she should do what she wants. Just as the pair are about to leave, Dong Yoon approaches her, and Song Ah has no choice but to attend. Joon Young tags along, and while her friends are cutting her birthday cake, Song Ah meets his eye. She mouths thank you and Joon Young can’t help but smile. After the dinner, he even helps Song Ah make an excuse so she doesn’t have to go home with Dong Yoon.

Later on, Jung Kyung tries to confront Joon Young after he walked out on their practice. Fortunately for Joon Young, Song Ah interrupts them. Wanting to get out of the situation, Joon Young asks her if she is available to discuss an event with her. She agrees, and after the practice time has passed, Joon Young thanks her for her help. 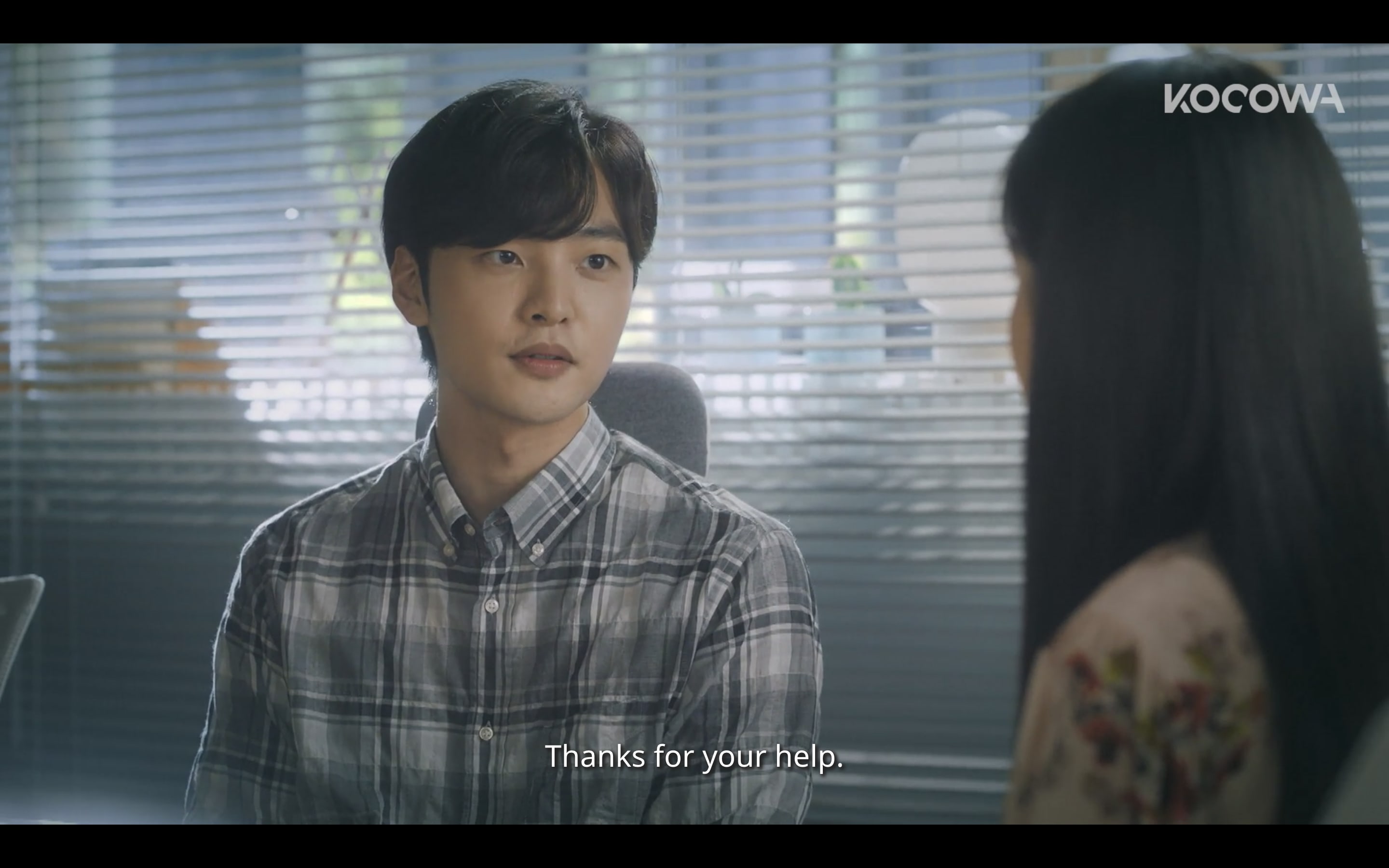 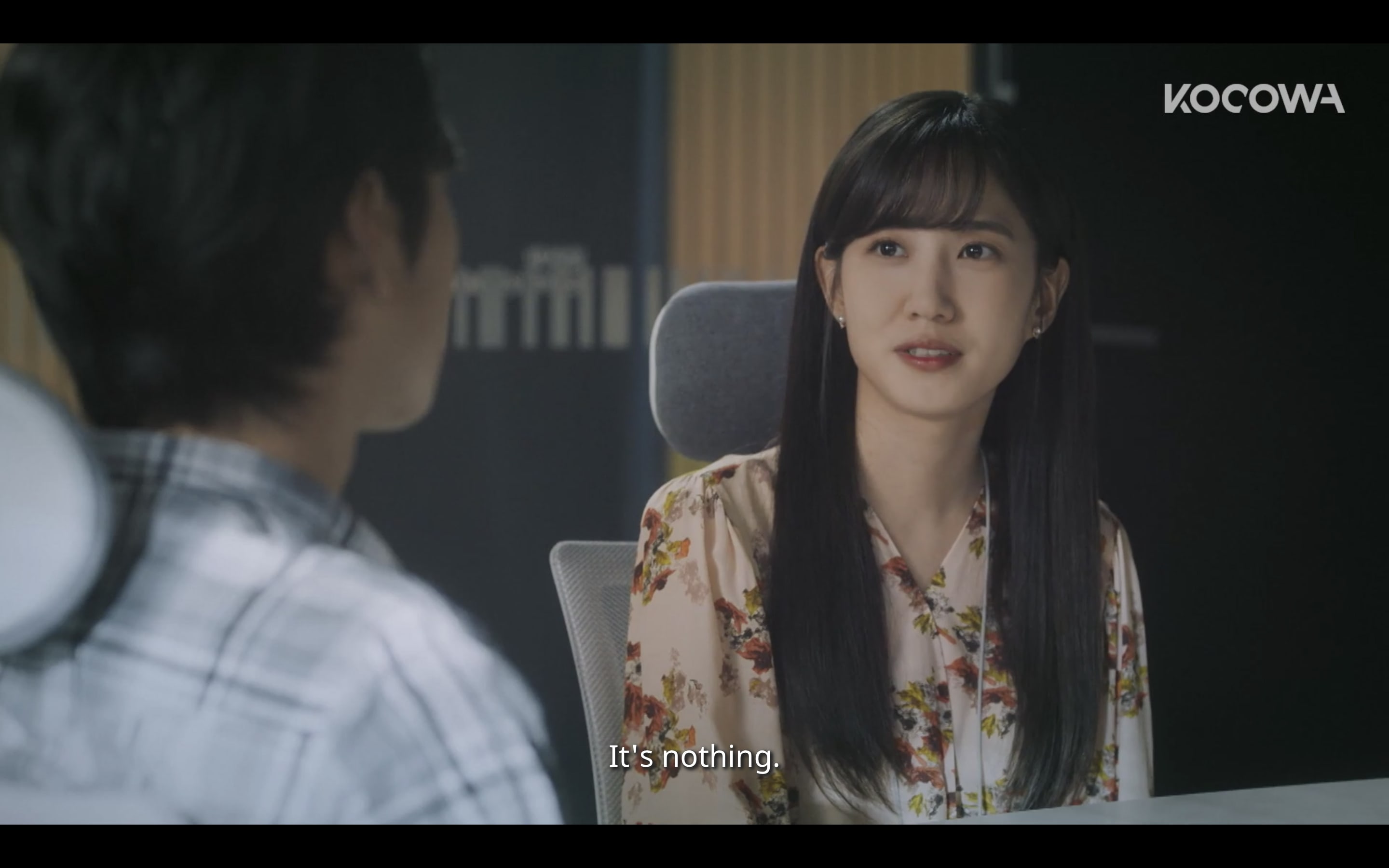 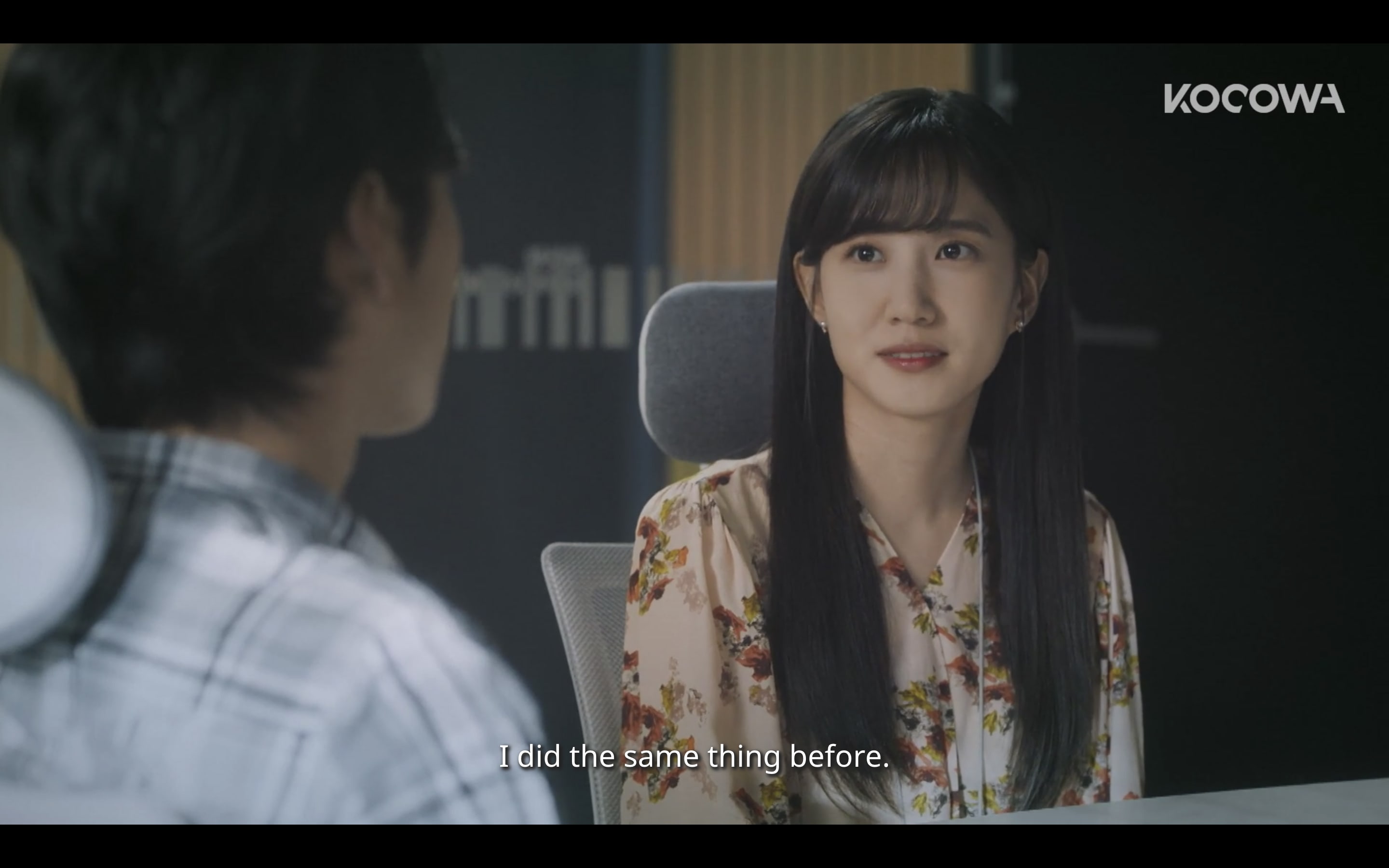 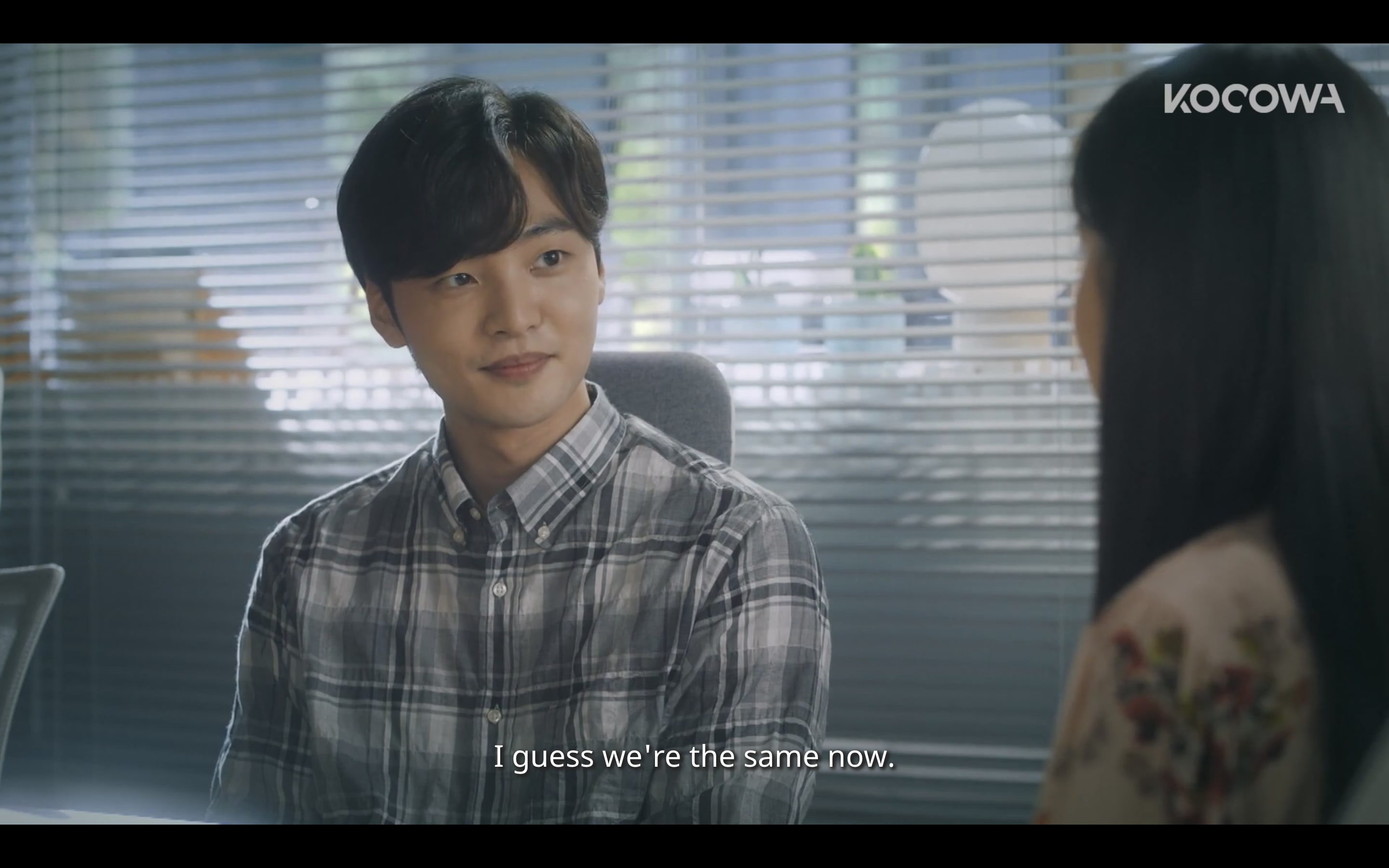 These scenes feel so earnest. This is especially true for Song Ah’s “thank you” at her birthday dinner. Her birthday takes a rather sour turn, and Joon Young is able to turn that around and be her anchor through the night. The way Joon Young pauses before his smile gets even bigger almost makes you feel like you’re intruding. They’re having their own private moment in a room full of people, and it’s completely endearing. This motif of thankfulness and understanding continues throughout the episode, and when it comes time for Joon Young to thank her, you can’t but smile. Everything else may be going awry in their lives, but at least they have each other. It seems a little weird to say that considering it’s only episode 4, but there is something impressive about how this drama has built their relationship thus far. It almost seems too good to be true.

Since the premiere, it’s clear that Joon Young has been trying to draw some boundaries with Lee Jung Kyung (Park Ji Hyun) despite his long-time crush on her. After a troubling conversation with Han Hyun Ho, Joon Young asks Jung Kyung to meet him the next day. He asks her why she isn’t wearing the ring Hyun Ho gave her because it seemed to bother Hyun Ho. In true Jung Kyung fashion, she deflects and tries to make Joon Young admit that he’s really the one who is concerned. Joon Young stands his ground and admits that he can’t stand her behavior as of late. The pair’s confrontation continues outside the cafe, and Joon Young tells her that she should get married already. 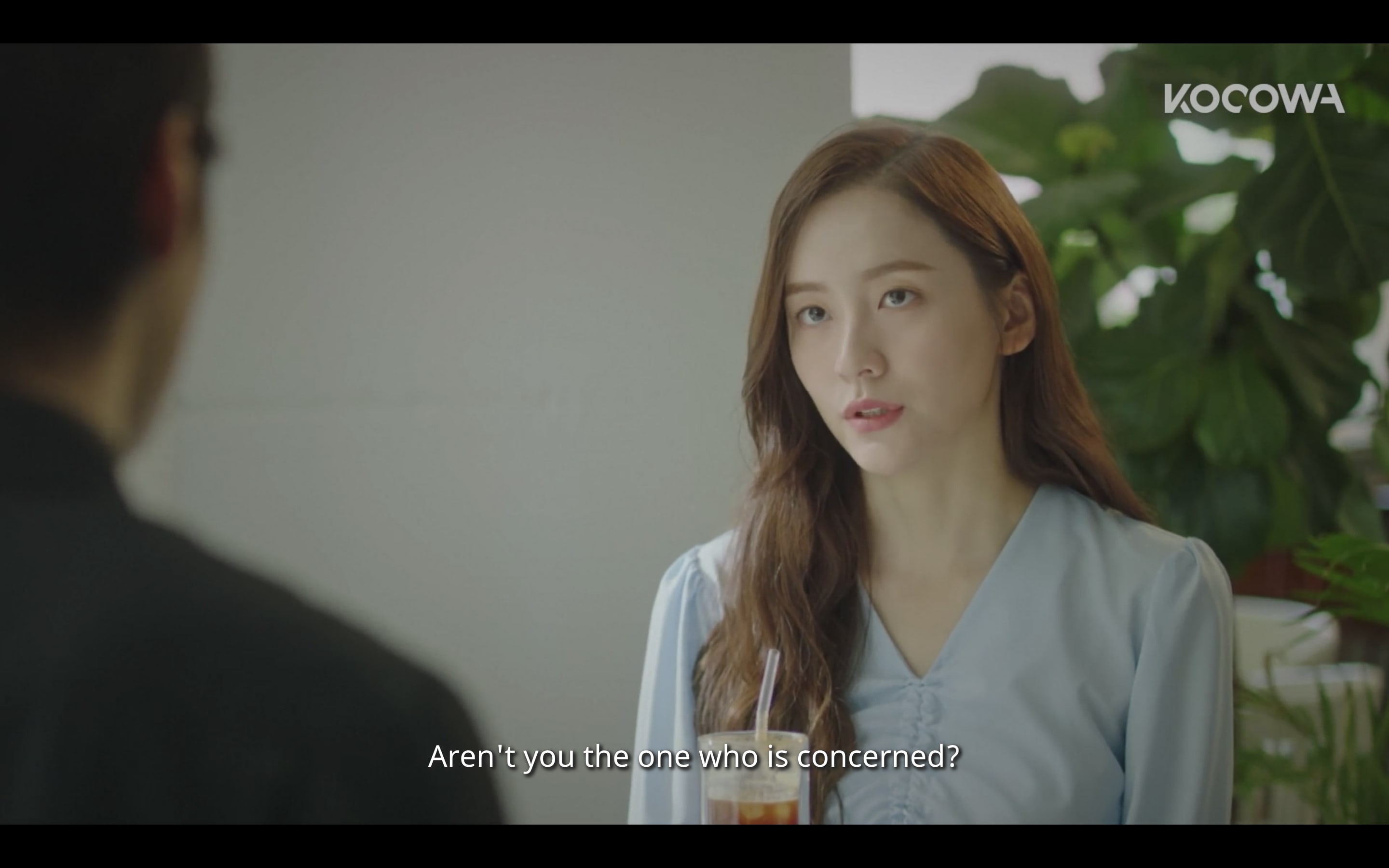 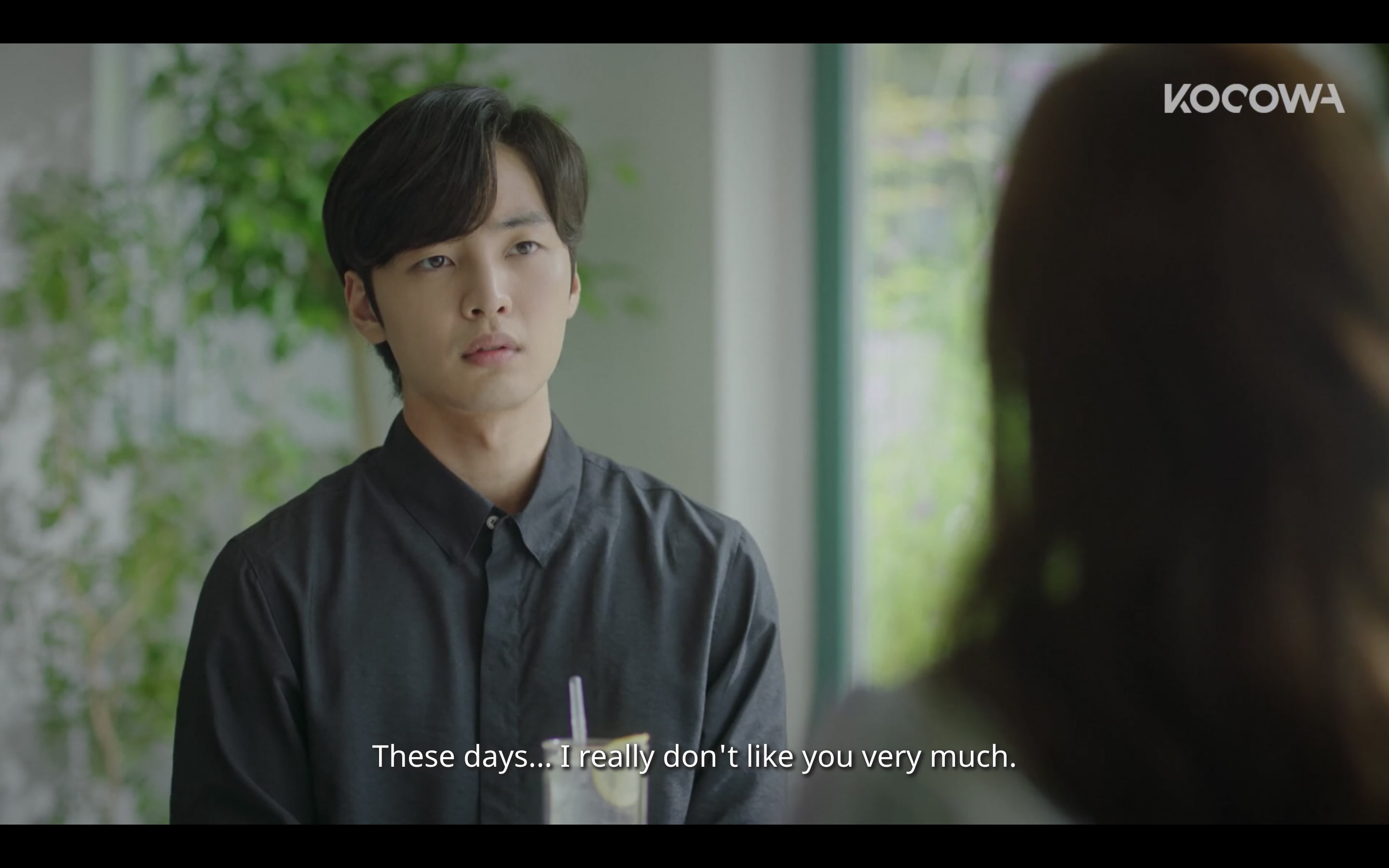 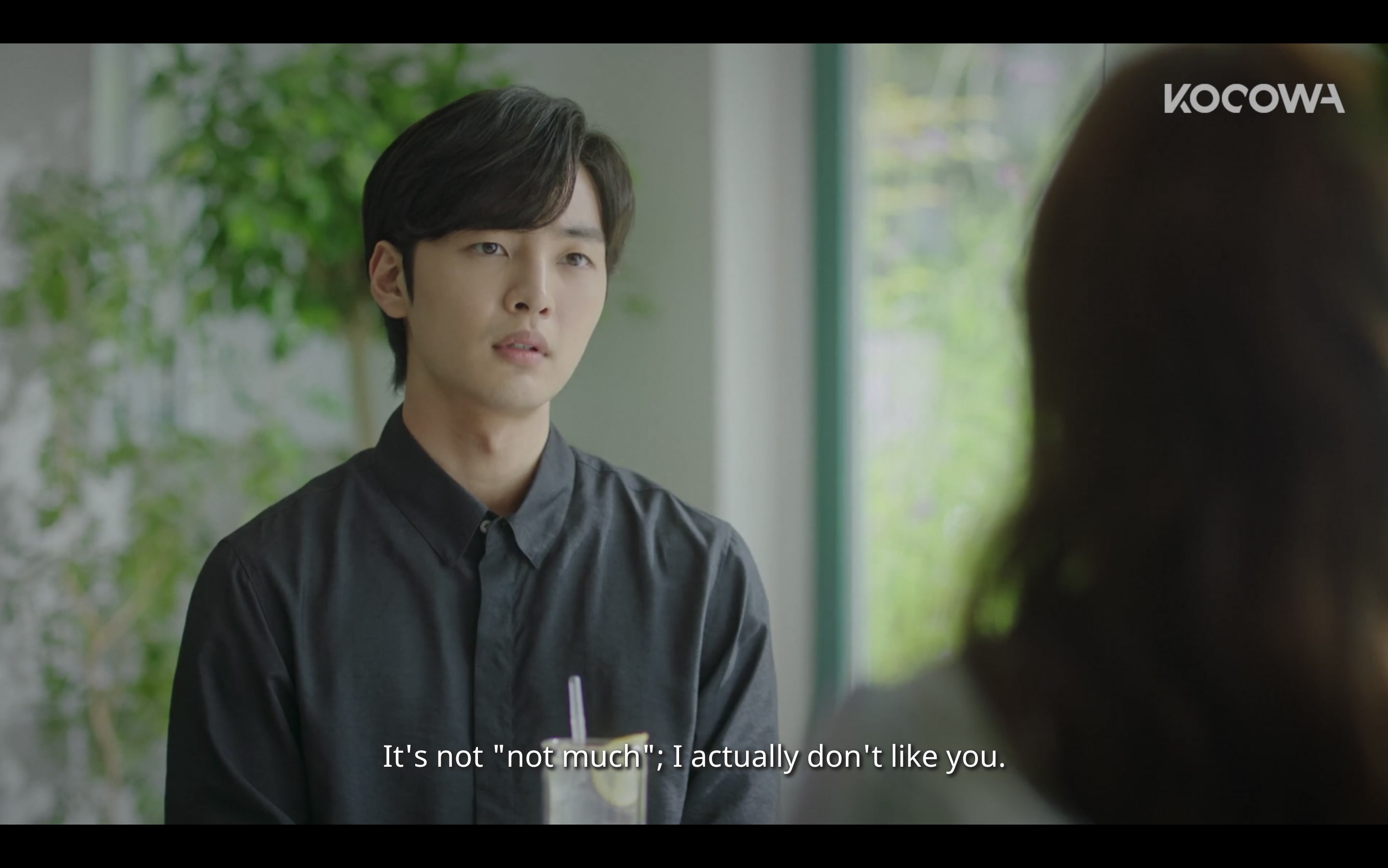 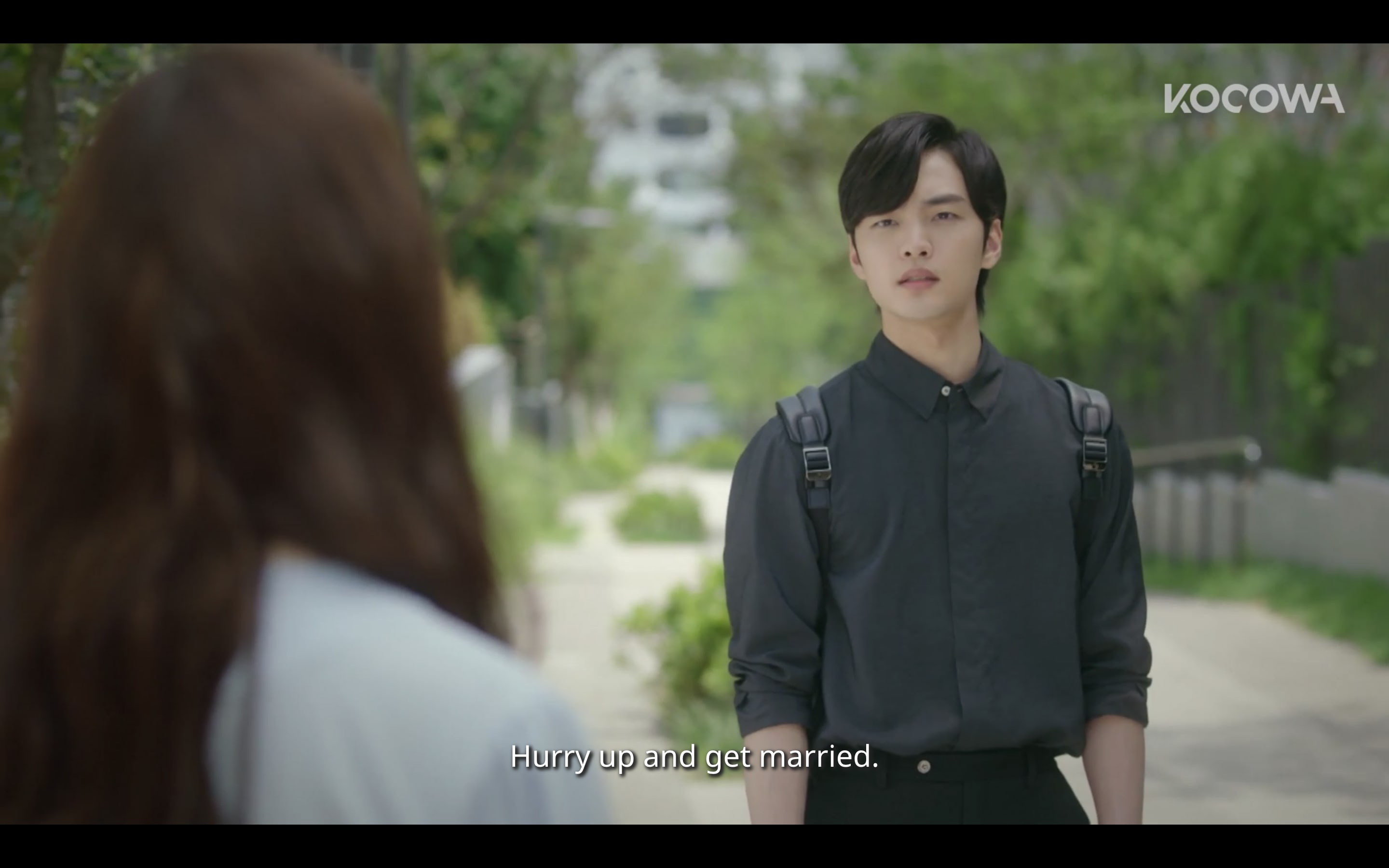 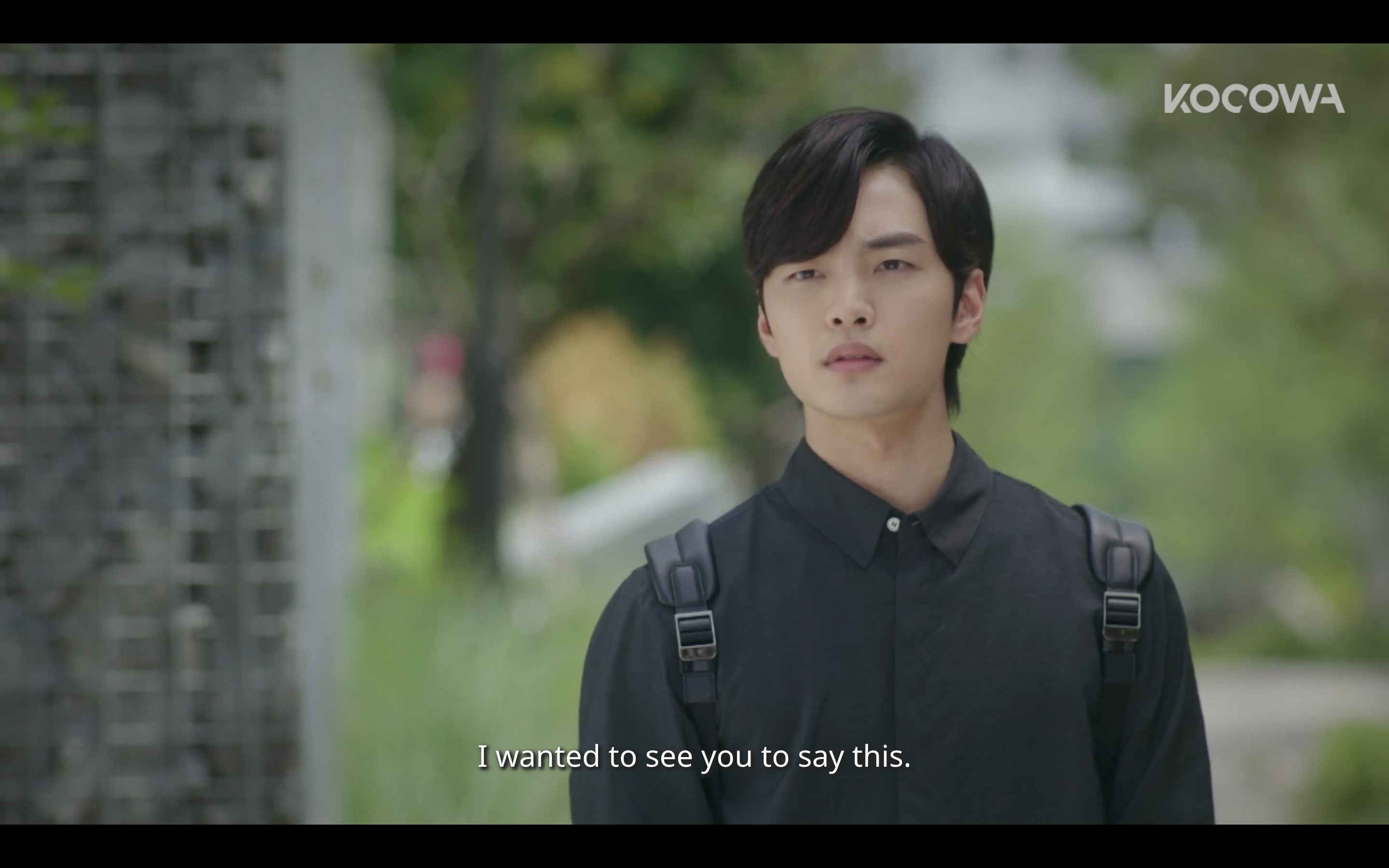 While the love triangle between Joon Young, Hyun Ho, and Jung Kyung is probably far from over, this scene does well at establishing Joon Young’s stance. It’s evident that he does not want to partake in Jung Kyung’s current indecisiveness and hurt Hyun Ho in the process. Love triangles tend to be drawn out, and it’s an agonizing wait to see a character involved finally decide they deserve better. It’s nice that Joon Young stands his ground and doesn’t let her play with his feelings.

K-dramas are no strangers to slow-burn romances. While Song Ah and Joon Young aren’t officially together yet, their progress is moving faster than one would expect. This week, Joon Young has a confession to Song Ah that will make your heart melt.

During a discussion about Joon Young’s upcoming schedule, Song Ah realizes that something is troubling him. When they begin to wrap things up, Song Ah offers him some thought on a comment he made earlier in the day. While she is unsure if it’s okay for her to say, she tells Joon Young that she believes the director would want him to live happily. Joon Young becomes perplexed at the thought and a moment later asks Song Ah to dinner. They are all smiles as they eat and continue to hang out afterward. During this time, Joon Young confesses that he purposefully went to find Song Ah earlier in the day because she makes him smile and he realized that he missed her.

One would think that a scene like this wouldn’t come until after the halfway point in the drama. This scene comes as a pleasant surprise, and ultimately, it’s just super cute. Joon Young’s honesty is so endearing. His ability to open up with Song Ah contrasts with his closed-off and quiet nature around everyone else. This scene feels like the sweet scene you often see in K-dramas where a character will ask their love interest to recharge them. Song Ah is already Joon Young’s battery, and it’s so heartwarming. While slow burns are always a delight, the pacing of “Do You Like Brahms?” seems new and refreshing, and it makes it stand out from other dramas.

Love triangles have a way of souring even the most innocent of characters. Last week, Hyun Ho (Kim Seung Cheol) seemed so smitten with Jung Kyung and Joon Young that you couldn’t help but feel bad about his obliviousness. However, this week, as he begins to pick up clues that there are things they have not told him, he starts to become desperate. After their practice falls through for their upcoming performance, Hyun Ho meets Joon Young outside of his apartment with drinks. In his drunken stupor, he asks what is going on between Joon Young and Jung Kyung and how long Joon Young plans to stay in Korea. When Joon Young jokingly asks if Hyun Ho wants him to hurry up and leave, Hyun Ho agrees and tells him he should go. 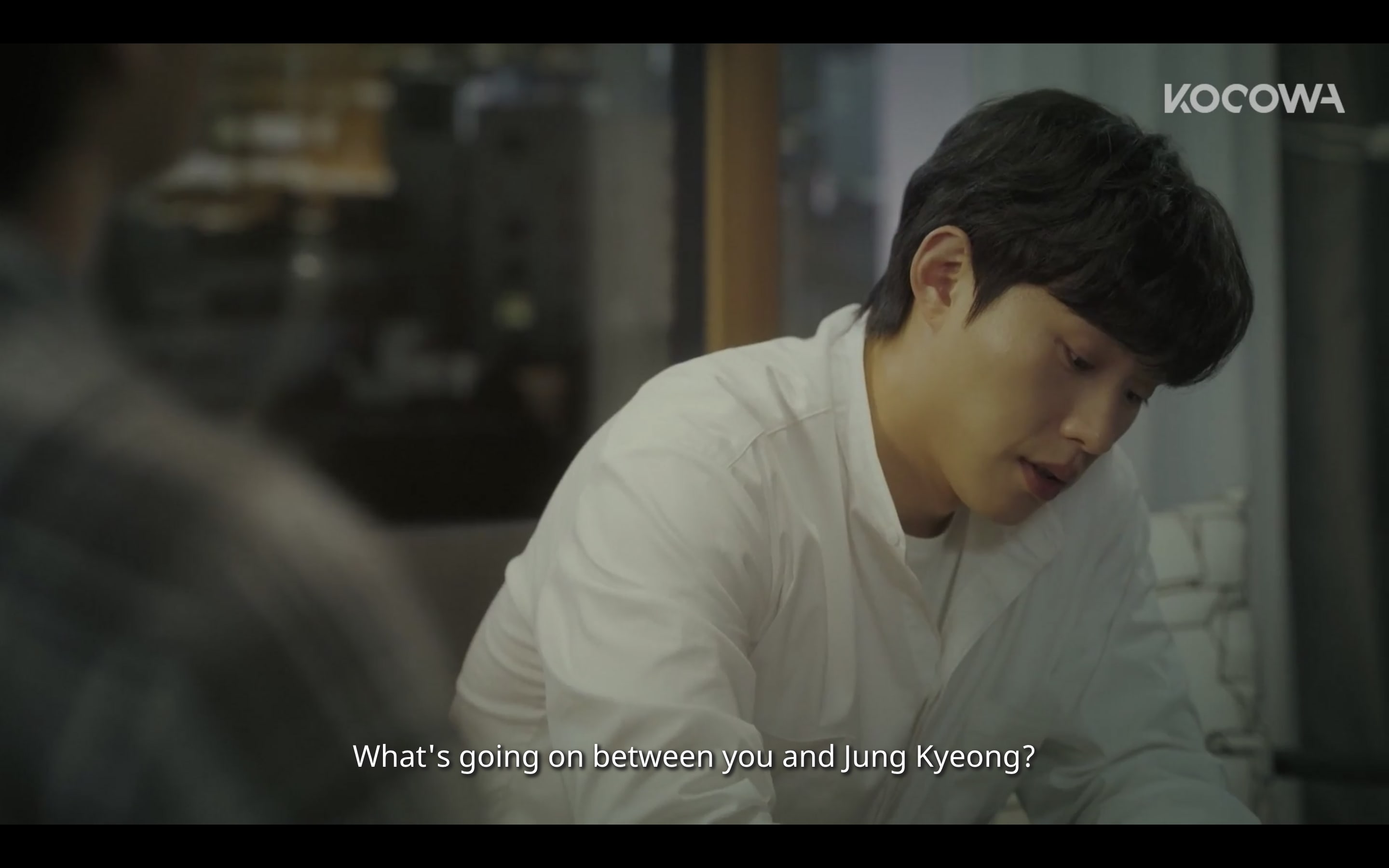 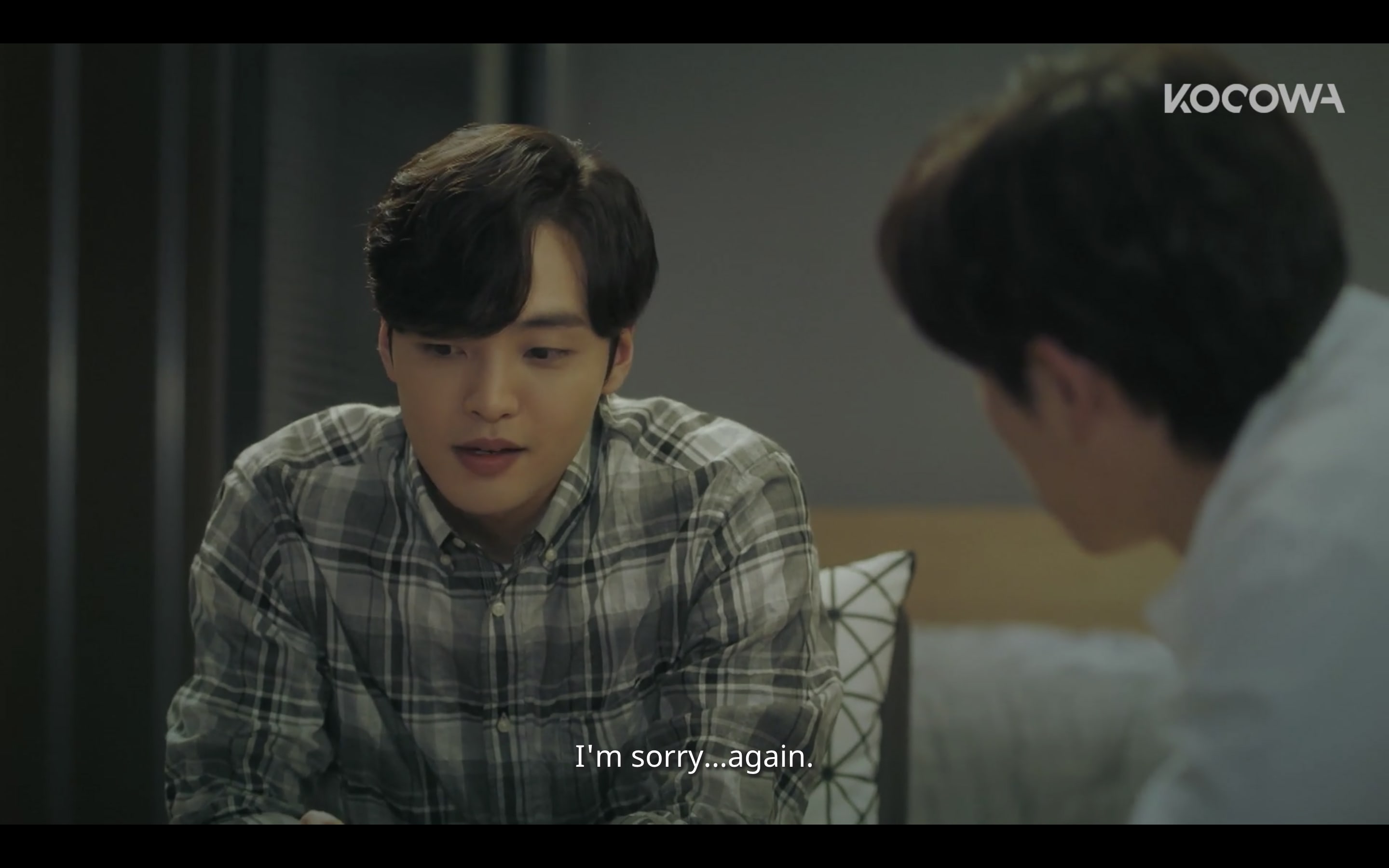 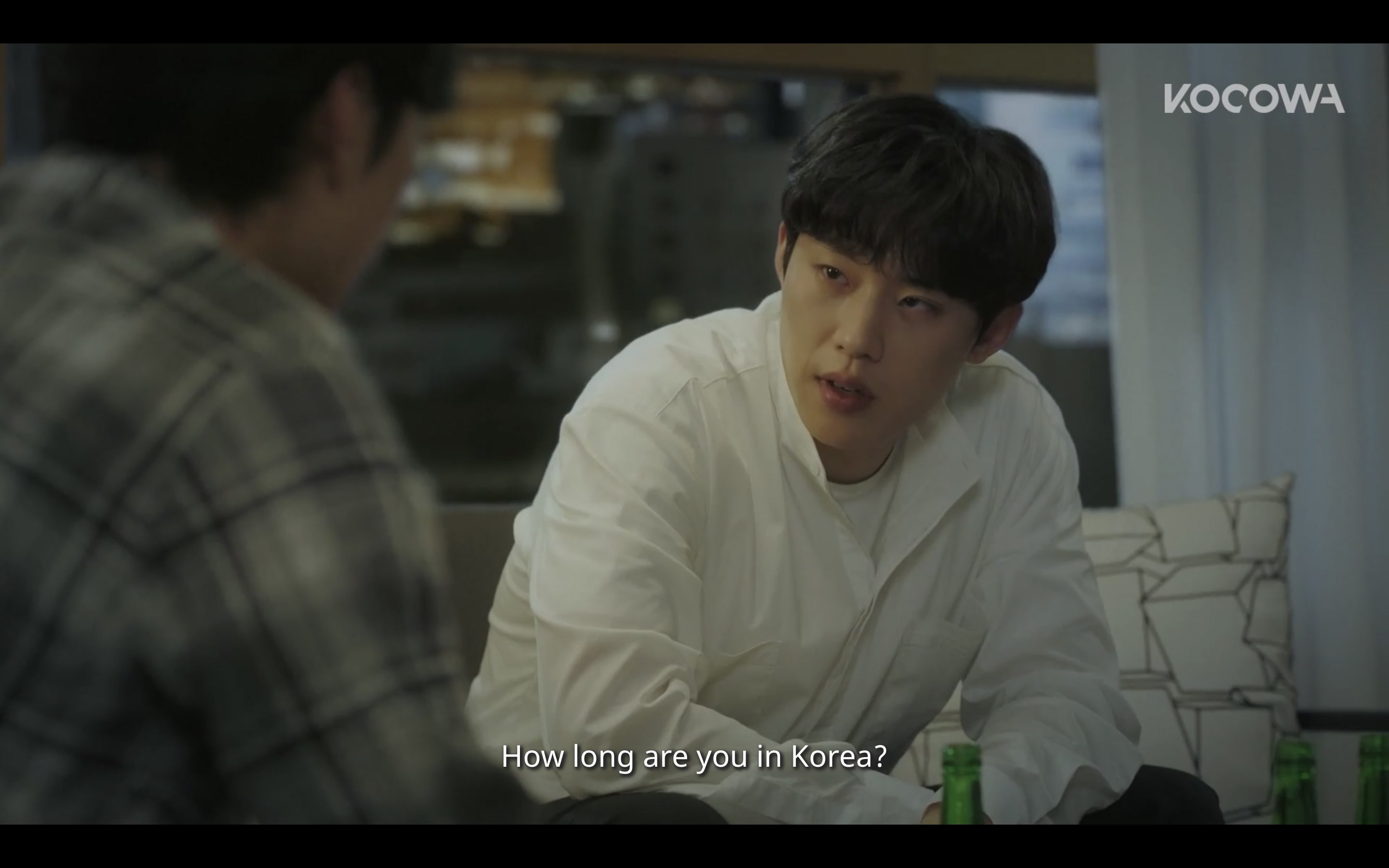 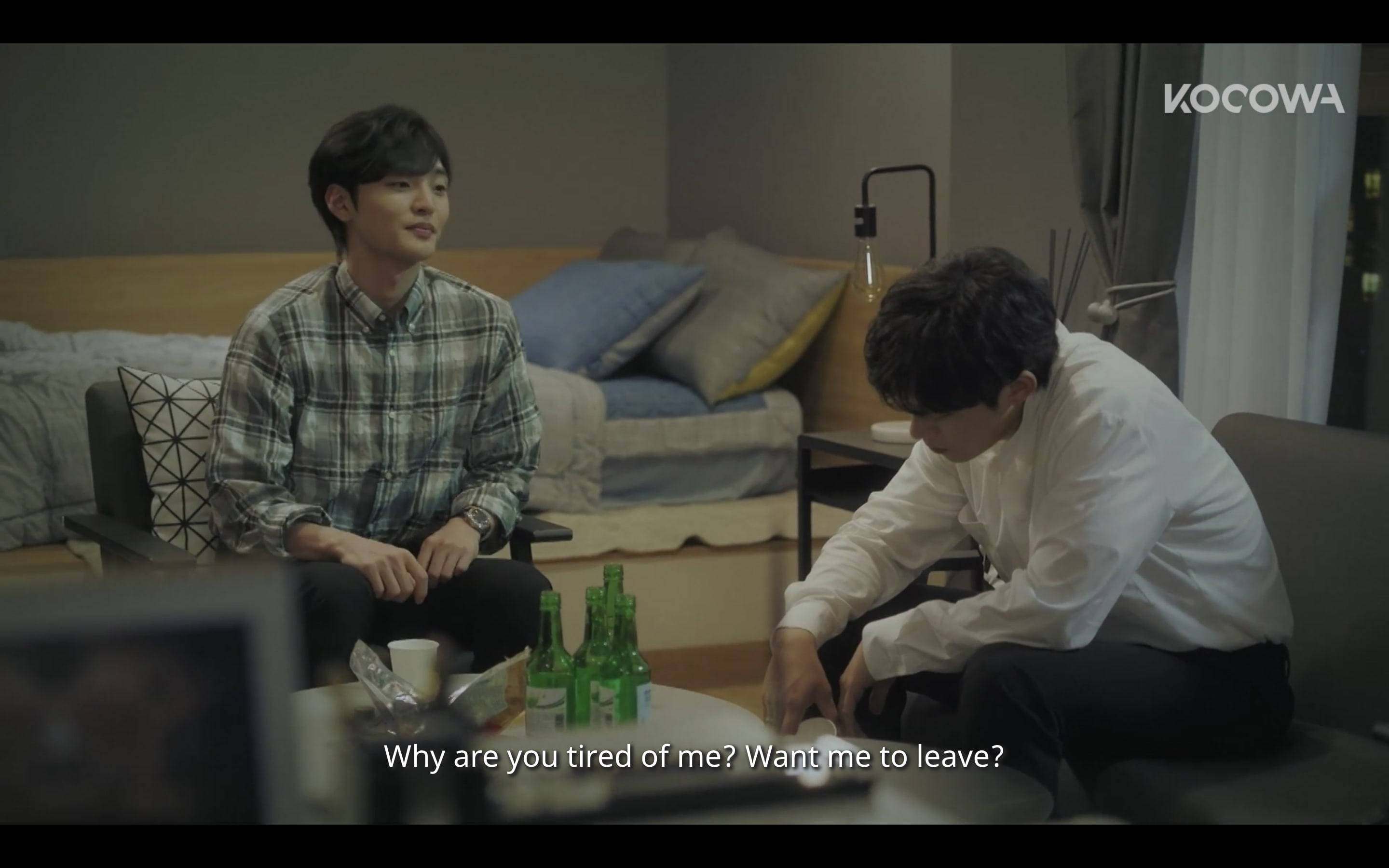 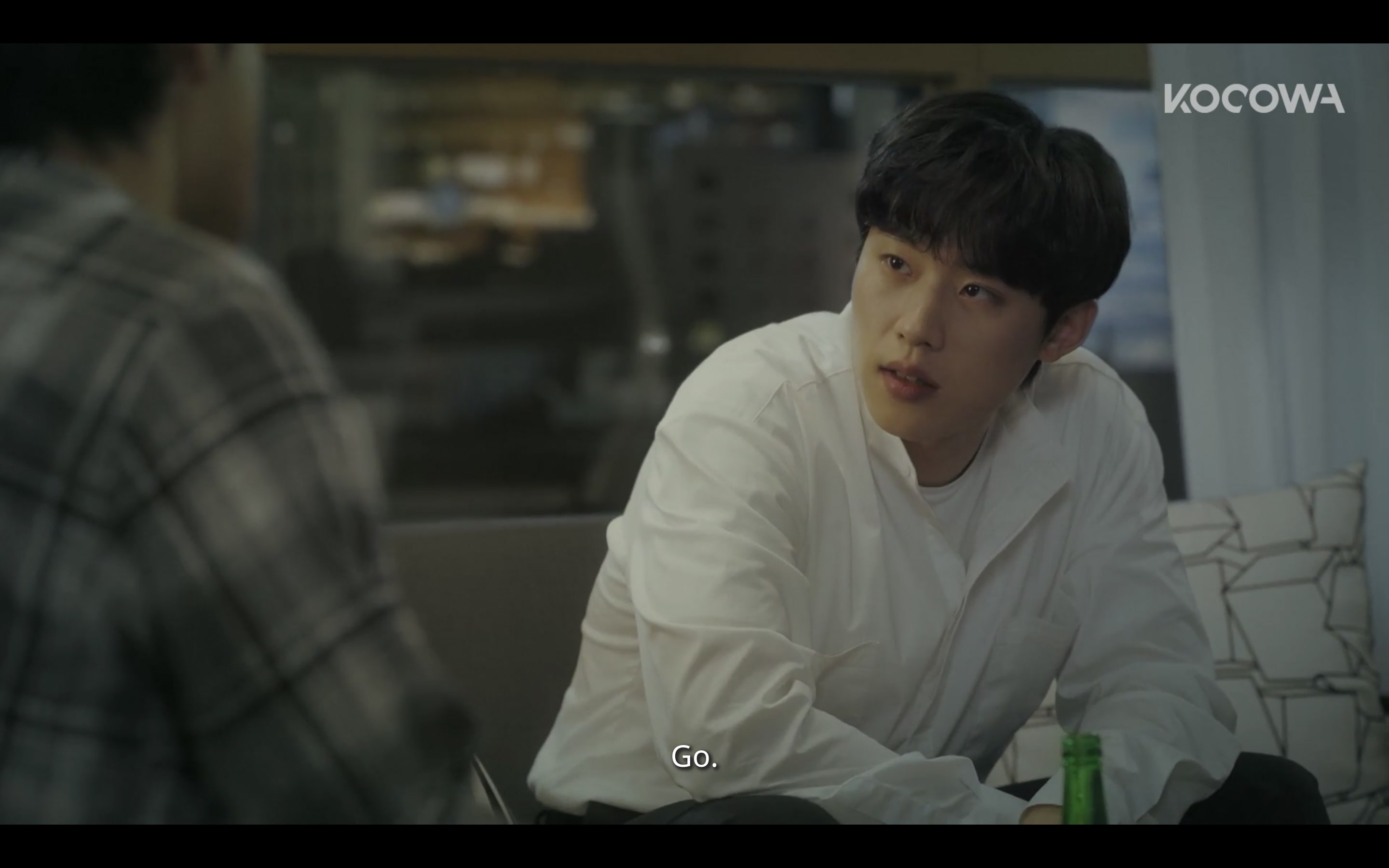 Of course, there is no story without conflict, but it hurts to see Joon Young caught in the middle of his friends’ relationship. It’s clear that he’s loyal to both of them and would never do anything to stand in the way. He already drew a line with Jung Kyung in the premiere episodes and continues to do so. Even with the vague information Hyun Ho has about the pair meeting behind his back, he could solve his problem much faster if he confronted both of them while sober and without being passive-aggressive. Earlier in the episode, he knew something was wrong when he tested Jung Kyung’s feelings with the rings. It’s selfish of him to only take it out on Joon Young and make him feel unwelcome when it’s clear he needs to have an honest conversation with his girlfriend. Both his actions and Jung Kyung’s make you wonder, what place does Joon Young have in their trio? Perhaps, he’s better off without them.

Hey Soompiers! Did you enjoy the new episodes? What were your favorite parts? Let us know in the comments below!

Soompi Spotlight
Park Eun Bin
Kim Min Jae
Do You Like Brahms
How does this article make you feel?