Jang Hyuk Looks Back On His Career, Talks About Why He Does His Own Stunts, And More

On the recent episode of KBS2’s “Weekly Entertainment Live,” actor Jang Hyuk looked back on the projects of his career.

In the drama “School” (1999), Jang Hyuk played a young, rebellious character. When asked if he was the same in real life at the time, Jang Hyuk said, “There were times when my emotions would dictate my actions.” Jang Hyuk added that now, he needs to be drunk before he can watch any acting from his younger years.

The actor, who is well known for his action skills, said, “A long time ago, while filming the movie ‘Zzang’ (1998), there was an accident and a stuntman got hurt. After seeing that happen, I’ve tried to do all my action scenes myself.”

Jang Hyuk regularly practices Jeet Kune Do, boxing, and horseback riding. He said, “If you’re in a historical drama, you have to use a sword and ride horses.”

On his experiences in historical dramas, Jang Hyuk said, “My first historical drama was ‘Daemang’ (2002). I was young and too inexperienced to handle it. When I did ‘Slave Hunters‘ (2010), I had been studying a bit more.”

Talking about his upcoming film “Swordsman” (literal title), Jang Hyuk simply described it as a “fast-paced action movie.” He worked with Joe Taslim in the film, and said, “He’s on the Indonesian national team for judo, so he was on another level. We mostly communicated with body language, so we didn’t experience a language barrier.” 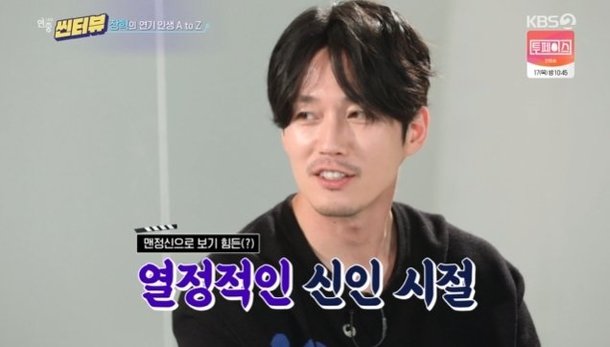 Watch Jang Hyuk in the drama “Tell Me What You Saw“:

Jang Hyuk
How does this article make you feel?