“Lie After Lie” is a new suspense-romance drama starring Lee Yoo Ri as Ji Eun Soo, a woman who puts her life on the line with a dangerous lie in order to be reunited with her biological daughter. After marrying into a chaebol family, Ji Eun Soo finds herself branded a husband-killer in the blink of an eye — and during her imprisonment for her husband’s murder, she loses custody of her daughter.

After repeated misunderstandings, through which Lee Yoo Ri was almost arrested after being mistaken for a kidnapper by Yeon Jung Hoon, the two reunite in the new stills, exuding a completely different atmosphere from their previous meetings. Yeon Jung Hoon holds an umbrella out for Lee Yoo Ri, who is standing in the rain. Though he had previously had his guard up around Lee Yoo Ri, his expression tells a different story, raising viewers’ anticipations for what causes their relationship to change in the upcoming episode. 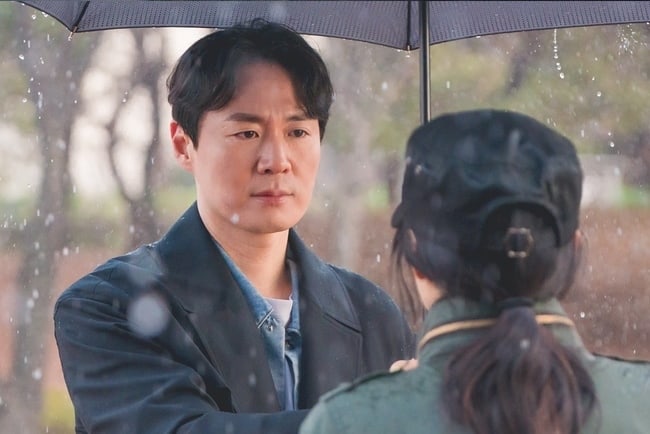