SBS’s “Alice” has unveiled a new glimpse of Joo Won and Kim Hee Sun from its upcoming episode!

Previously on “Alice,” Park Jin Gyeom traveled back to 2010, and he learned that Yoon Tae Yi is not his mother Park Sun Young (also played by Kim Hee Sun). He also met with Lee Se Hoon (Park In Soo), who was imprisoned, and found out about the prophecy. Yoon Tae Yi, who had been digging into the secrets of time travel, was also intrigued by the new discoveries.

In newly released stills from the next episode, Park Jin Gyeom and Yoon Tae Yi are alone in a mysterious place. They witness something that leaves them paralyzed in shock. Yoon Tae Yi turns away from the sight with wide eyes as she clutches onto Park Jin Gyeom, whose expression is tight with tension and uneasiness. What exactly did they see, and how will it effect the truth that they are seeking? 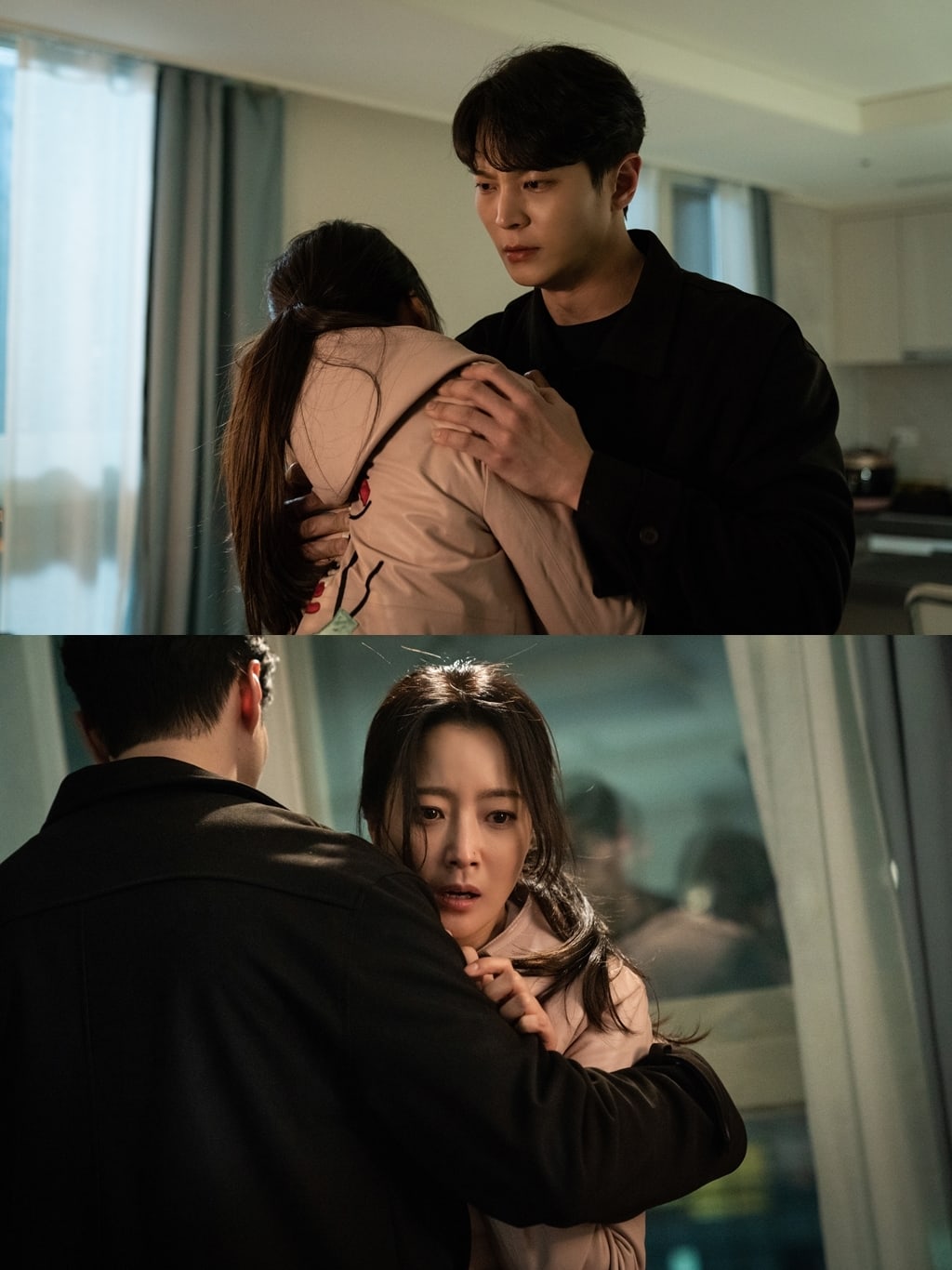 The production team shared, “In the sixth episode, Park Jin Gyeom and Yoon Tae Yi will face a series of shocking situations. The two of them will dig even deeper into the mystery of time traveling. Please look forward to how the two actors will portray their characters who will encounter greater danger in the upcoming episodes.”

If you haven’t already, start watching the drama here: