On the latest episode of “The Manager,” Super Junior D&E got SM Entertainment founder Lee Soo Man to foot the bill for a lavish meal in a private room with CNBLUE’s Kang Min Hyuk!

The September 12 broadcast of the MBC reality show continued to follow Donghae and Eunhyuk as they prepared for their unit comeback with their latest mini album “BAD BLOOD.”

Towards the end of the episode, Eunhyuk began worrying aloud that they hadn’t secured enough screen time for themselves on “The Manager.” Donghae reassured him that they’d done enough, but Eunhyuk insisted that they should film themselves grabbing a meal with some celebrity friends for more time on the air.

Eunhyuk first tried calling Boom, Jun Hyun Moo, and Kwanghee to see if they were available, but unfortunately, they all had prior commitments. Donghae then called his friend Kang Min Hyuk—without telling him that they were filming for a reality show—and asked him if he wanted to eat together, to which the CNBLUE drummer readily agreed. 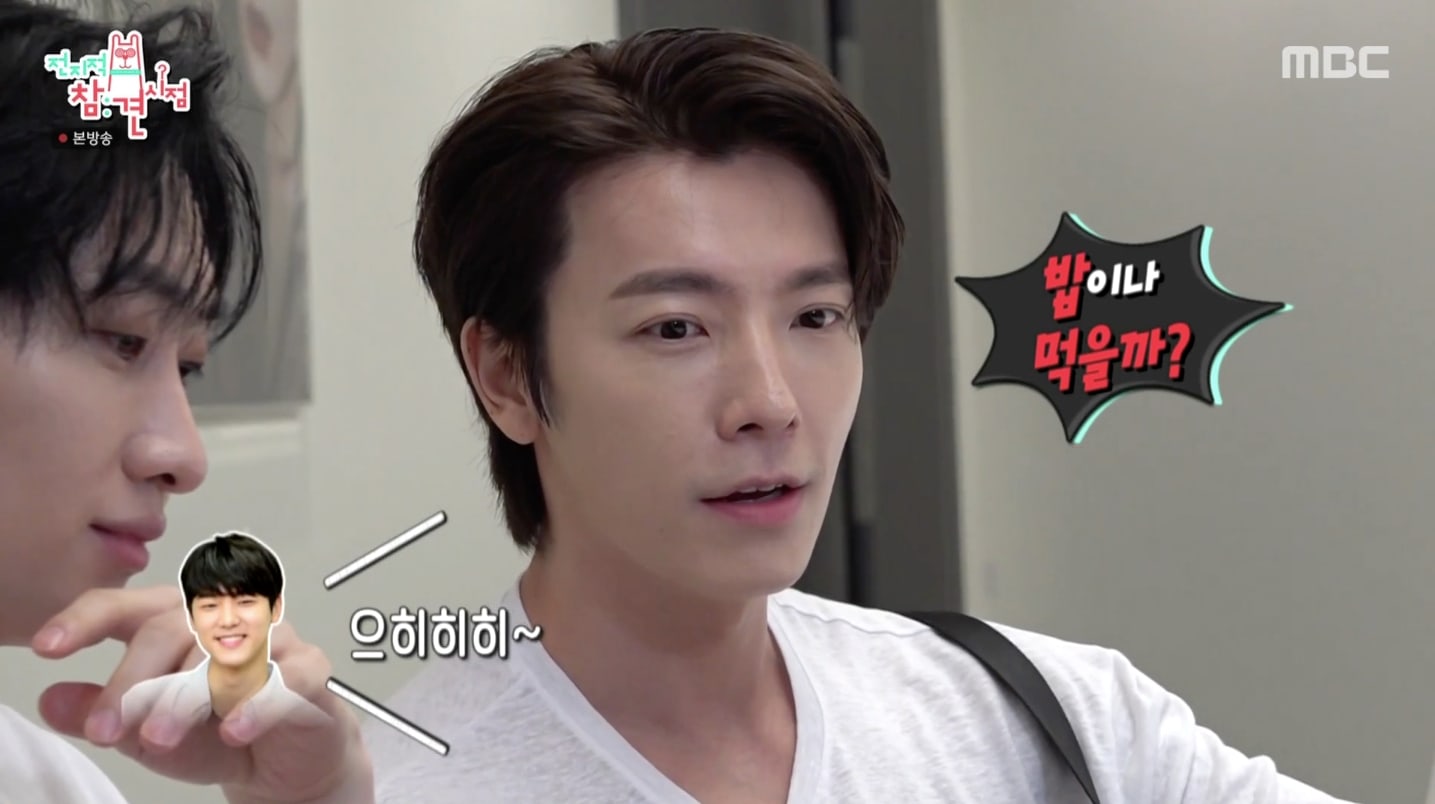 Taking things to the next level, Donghae suggested that they call Lee Soo Man to see if he was free. Donghae told the SM founder that they were filming “The Manager” before cautiously asking, “Where are you right now?”

Hoping that he would get the hint and offer to join them, Eunhyuk explained that they were about to grab a meal. However, Lee Soo Man hilariously misunderstood the reason for their call and replied, “So you want me to pay for your food?” 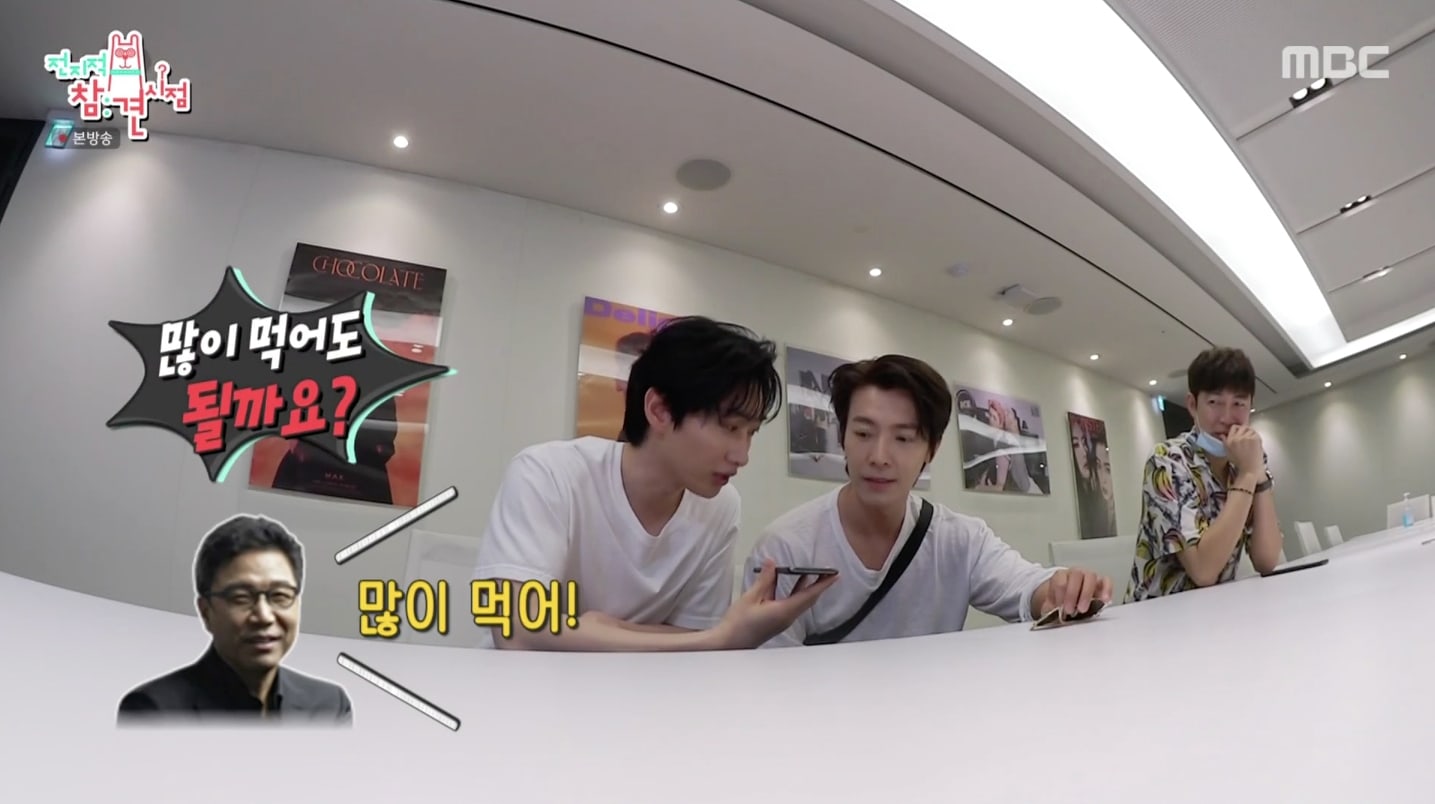 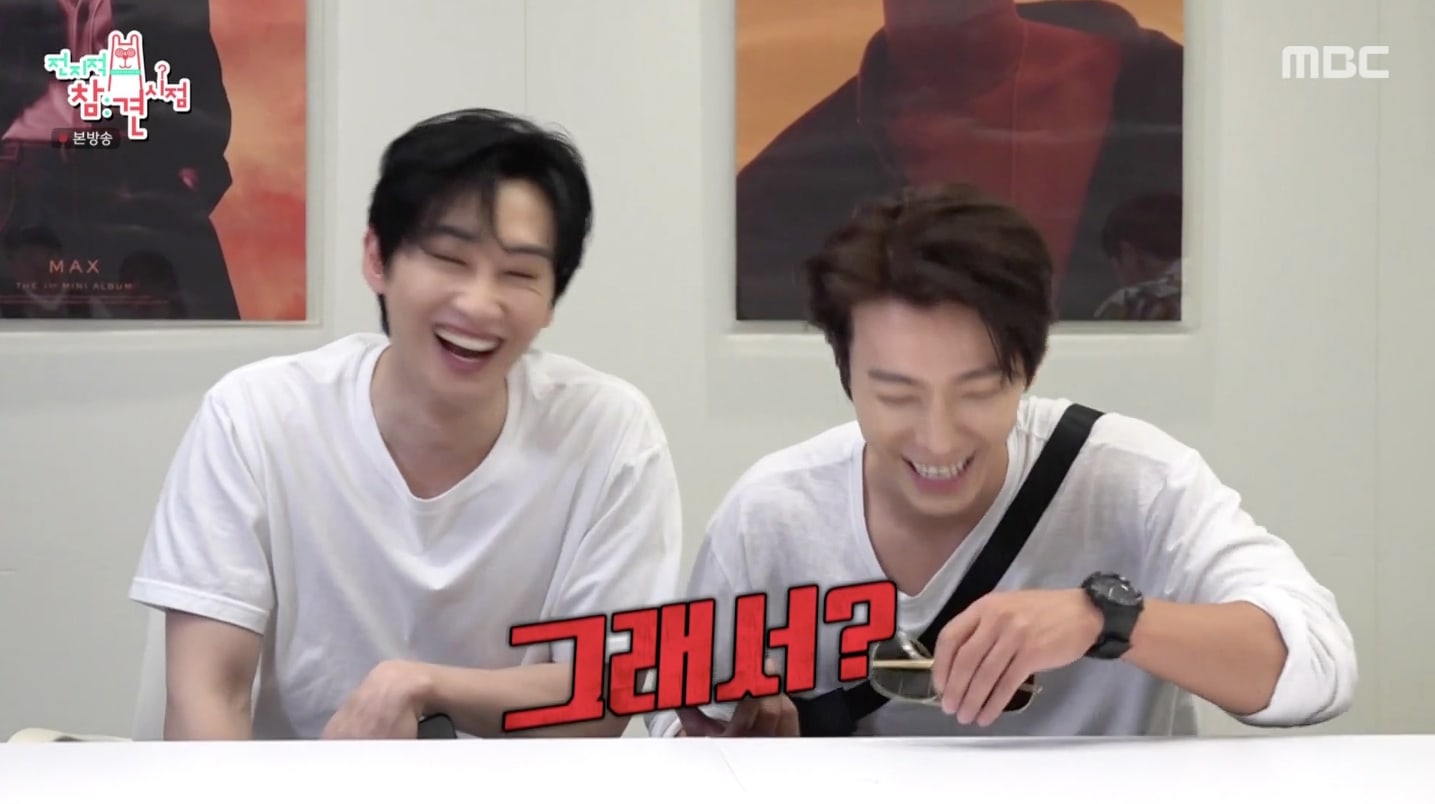 After cracking up at the unexpected turn of events, the two Super Junior members went with the flow and accepted Lee Soo Man’s offer of a free meal. The SM founder generously suggested that they eat a lot of good food at a nice restaurant, adding that he would make a reservation for them under his name.

Once Donghae and Eunhyuk arrived at the restaurant, they were surprised to find that Lee Soo Man had gone to the trouble of booking them a private room. The manager of the restaurant came to greet them, mentioning that Lee Soo Man had personally called to say that he’d be covering the cost of all of their food and wine. Donghae and Eunhyuk responded by turning to the camera and declaring, “Lee Soo Man, we love you.” 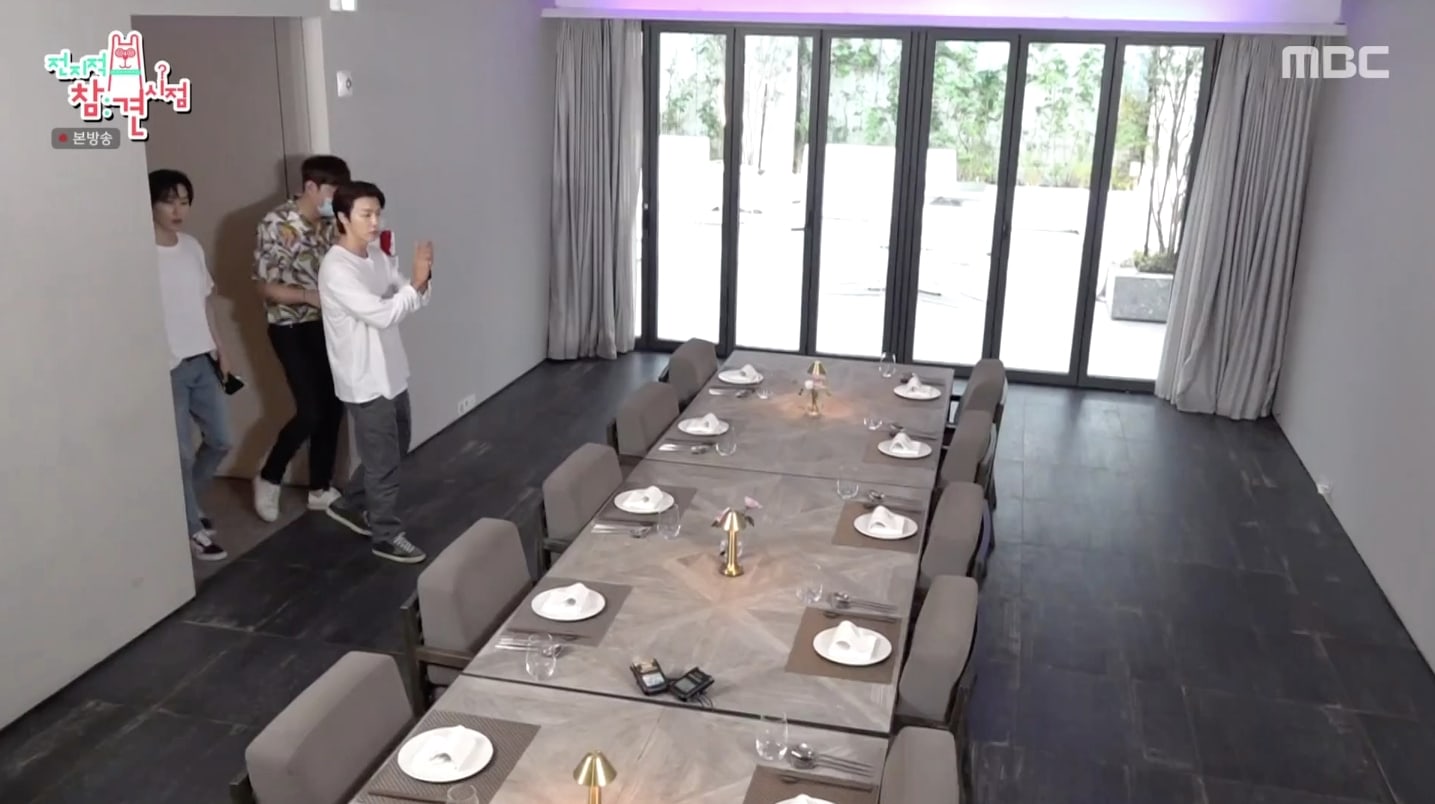 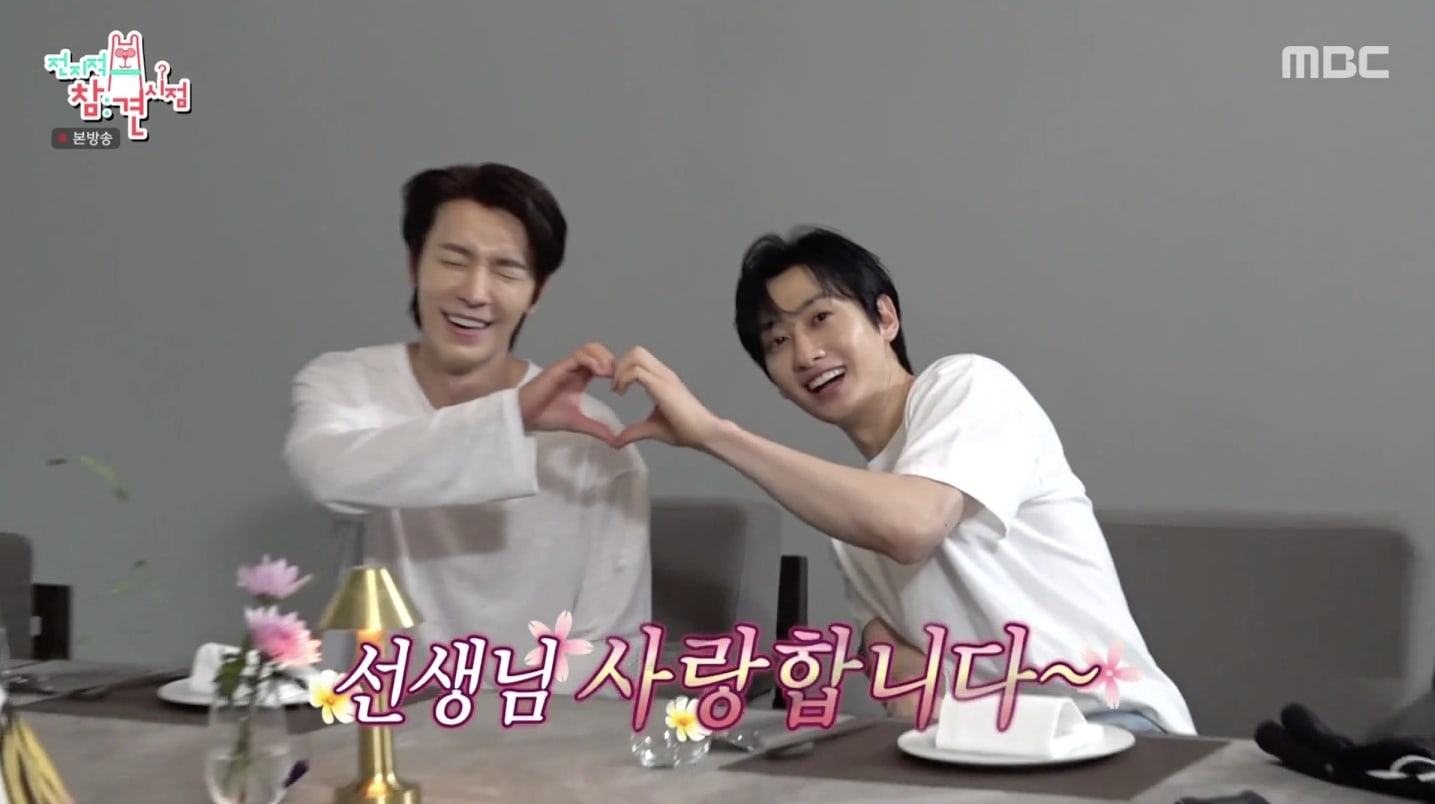 Shortly afterwards, Kang Min Hyuk showed up—and was shocked to learn that they were filming for a TV show. Staring at the cameras in surprise, he exclaimed, “Wait, what’s going on?” 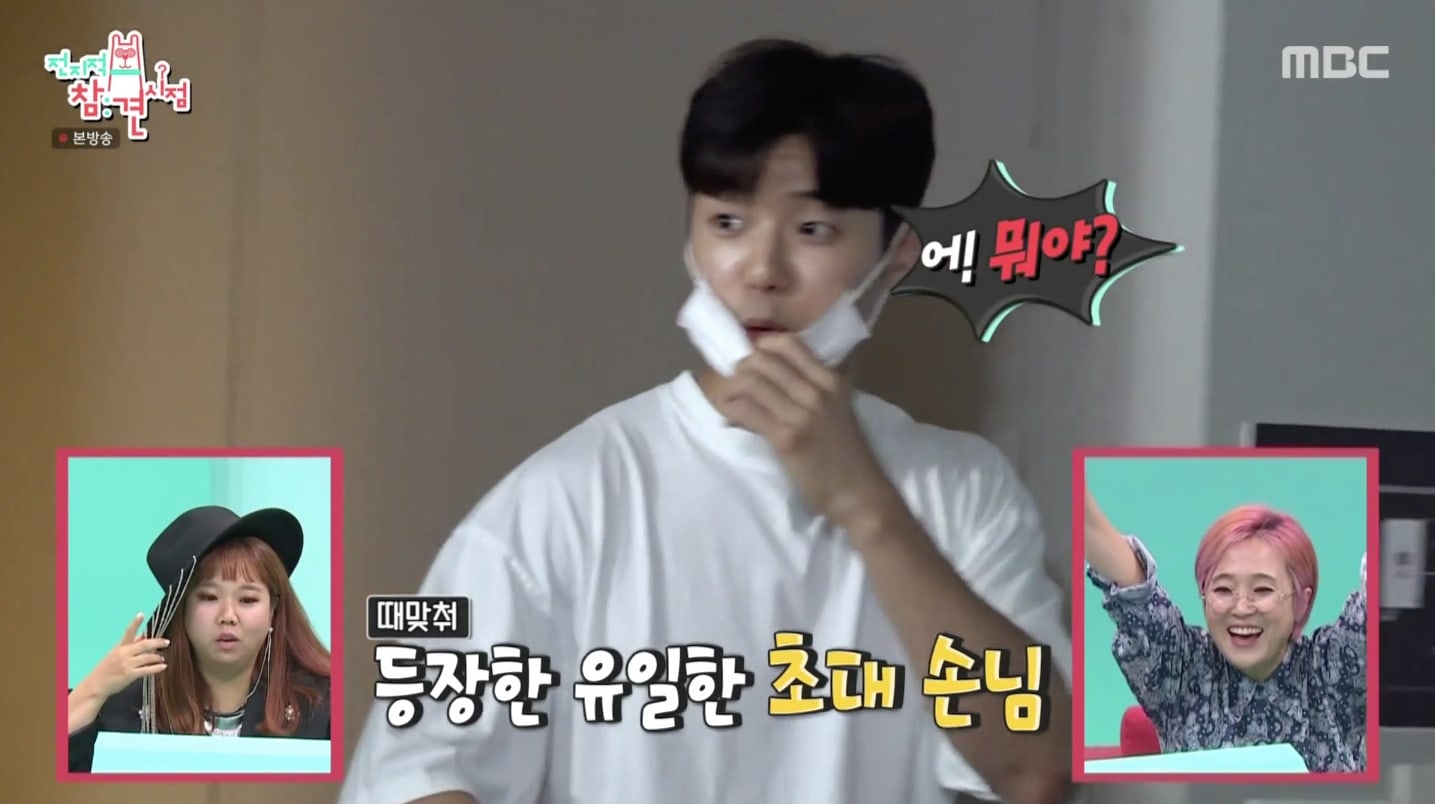 Eunhyuk praised Kang Min Hyuk for being a loyal friend, commenting, “I thought it was so cool how you came right away after a single phone call.” Donghae proudly chimed in, “I can always count on Min Hyuk.”

Because he hadn’t gotten his hair or makeup done beforehand, Kang Min Hyuk shyly attempted to fix his hair at the last minute while exclaiming, “You should at least tell me what you’re filming!” When he found out that they were shooting “The Manager,” he got up and joked, “I’m going home.” He went on to explain that because it was his first appearance on network TV since his recent military discharge, “All these cameras are making me nervous.” 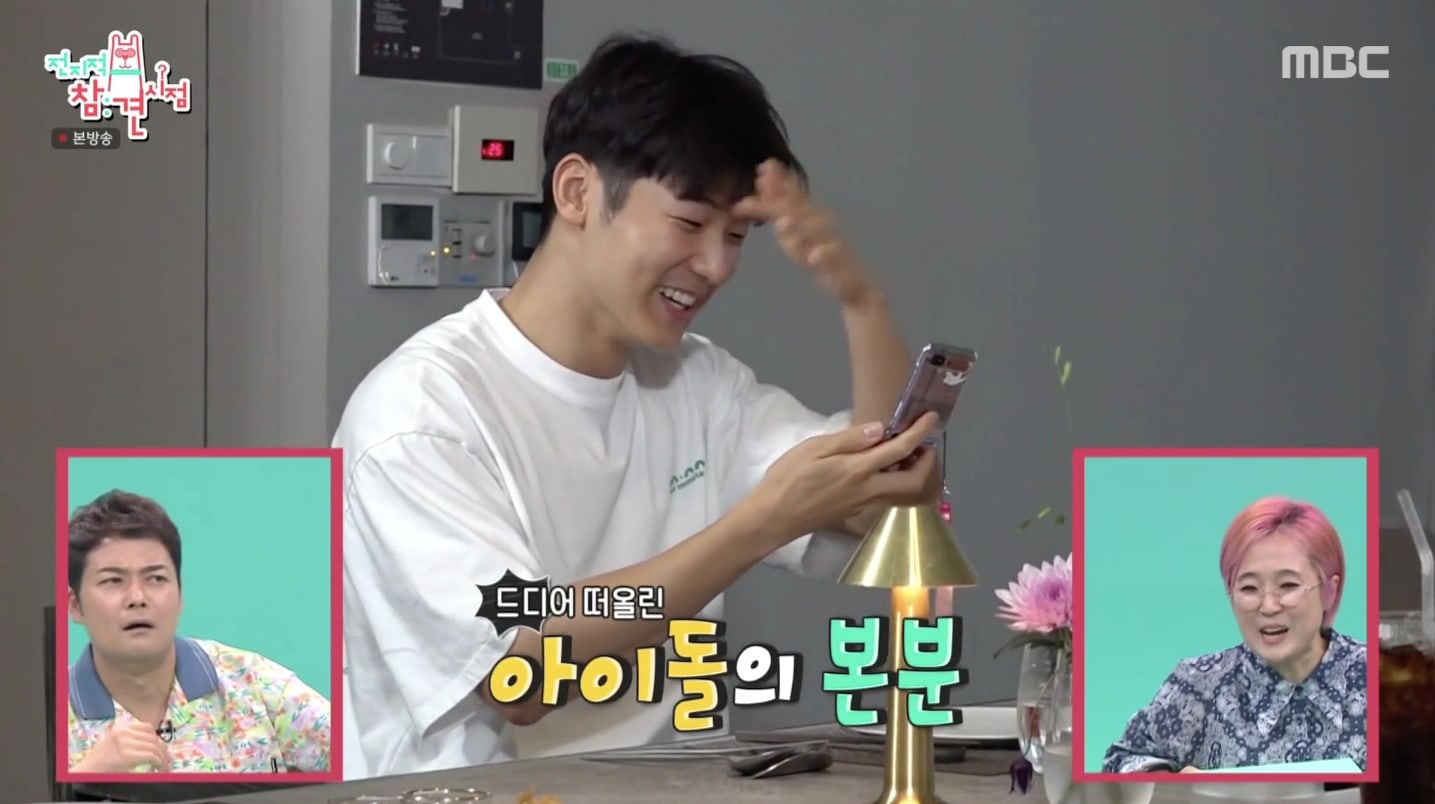 Super Junior D&E’s manager asked how Donghae and Kang Min Hyuk became friends, and Donghae explained that they had met while filming a drama together.

Looking around at all the empty seats in the spacious room, Kang Min Hyuk asked if four more people were coming, and Eunhyuk replied with a smile, “No, this is it. You’re all we need.” 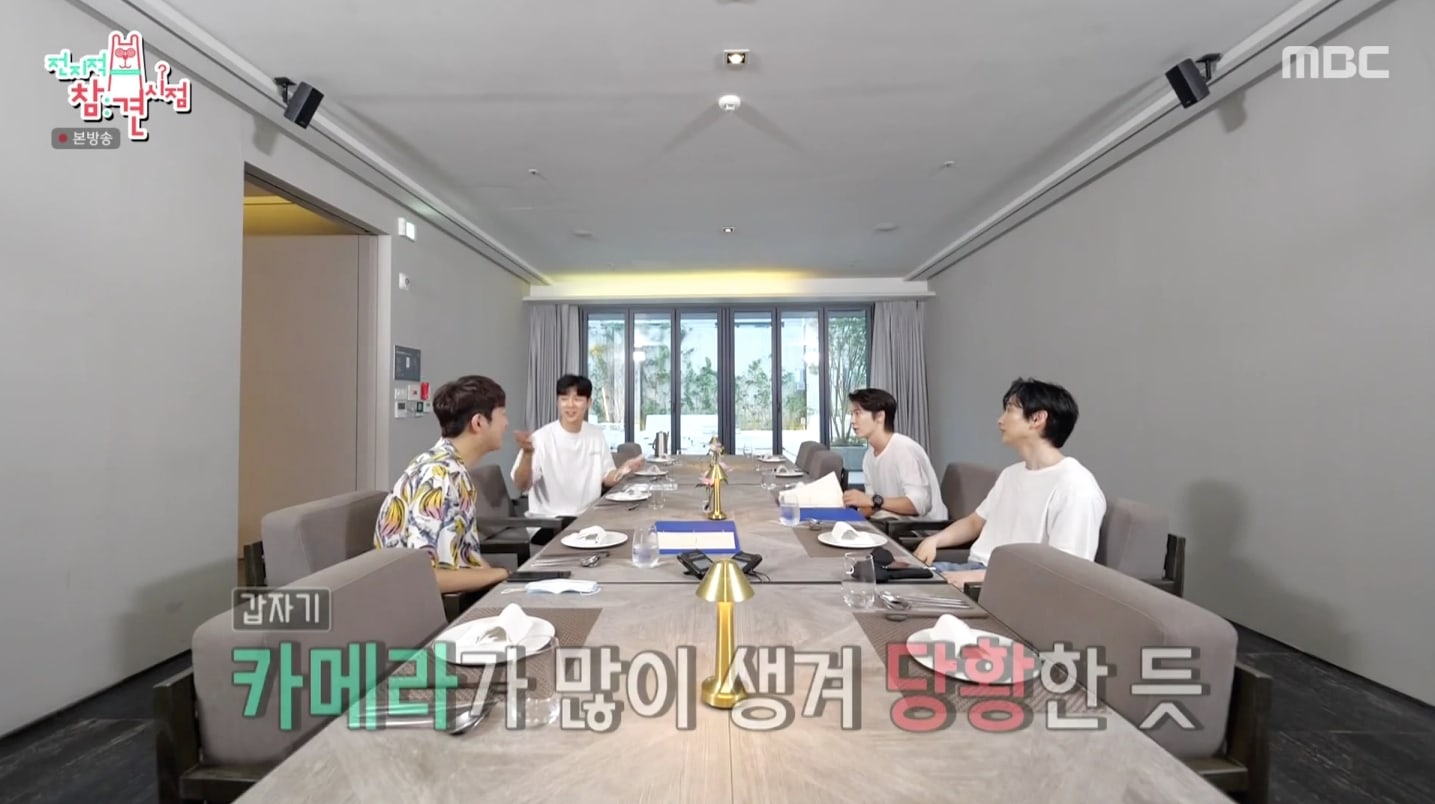 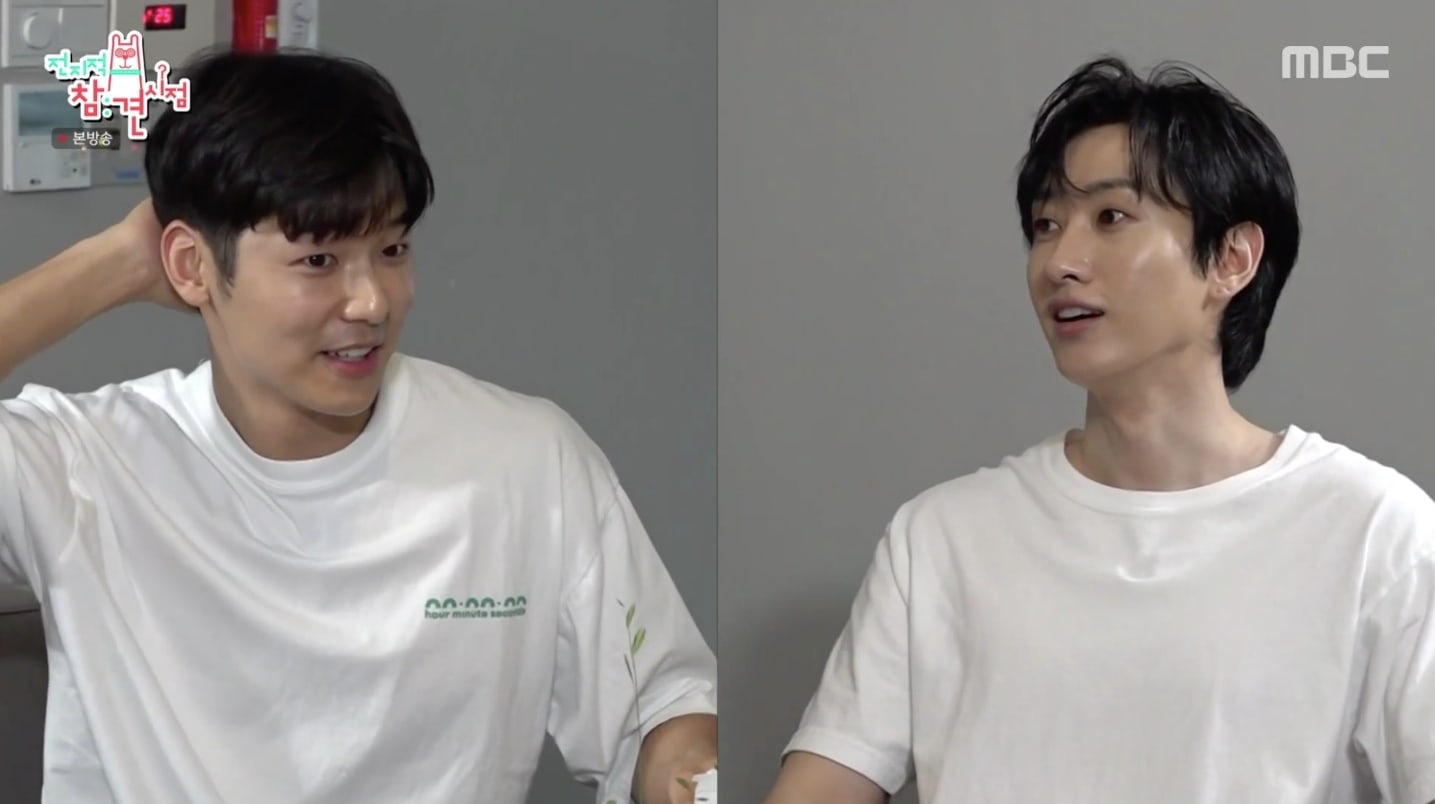 Watch Donghae and Eunhyuk enjoy a delicious meal with Kang Min Hyuk—courtesy of Lee Soo Man—on “The Manager” below!