The weekend drama tells the story of four siblings, following their individual lives and comparing their opinions on marriage and divorce.

Previously, Yoon Gyu Jin (Lee Sang Yeob) spent a sweet time together with Song Na Hee (Lee Min Jung), treating her with utmost care due to her pregnancy. Yoon Gyu Jin also brought viewers to laughter after he showed signs of sympathetic pregnancy, in which he experienced morning sickness and other pregnancy-related symptoms. However, at the end of the episode, Song Na Hee collapsed after complaining of stomach pains, leading viewers to be worried about her condition.

The new stills show the couple at the maternity clinic. They appear especially shocked as they view the results of the examination. Yoon Gyu Jin looks at Song Na Hee with reddening eyes on the verge of tears. Meanwhile, Song Na Hee stands deep in thought with her arms folded. It remains to be seen whether or not a happy ending awaits the couple. 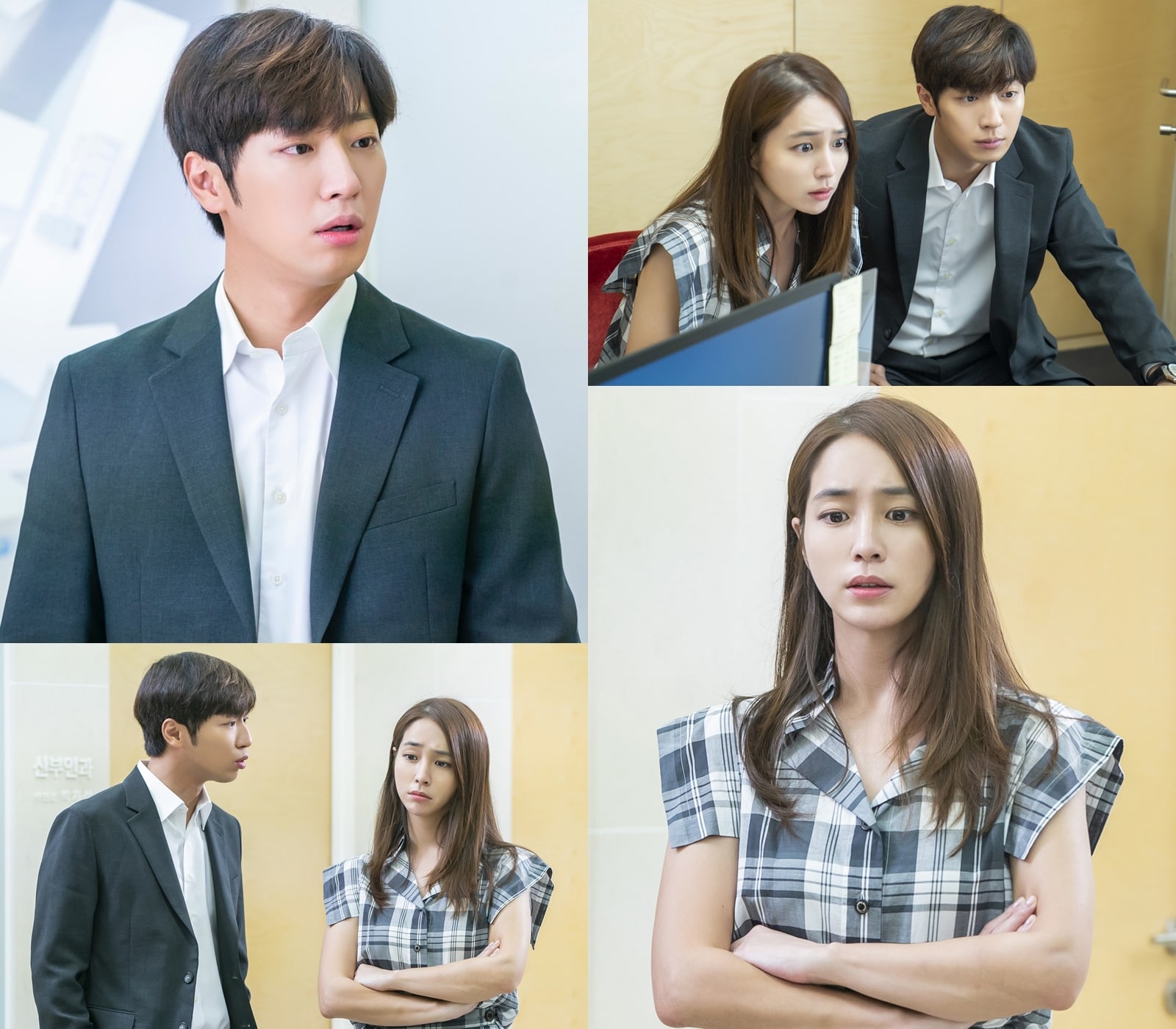