Kakao M’s original drama “Love Revolution” has released a behind-the-scenes look at the cast in a new video!

Based on the popular webtoon of the same name, the drama tells the story of love and friendship between high school students. The drama stars Park Ji Hoon, Lee Ruby, The Boyz’s Younghoon, Jung Da Eun, WJSN’s Dayoung, Ko Chan Bin, and Ahn Do Gyu.

The clip begins with Park Ji Hoon and Lee Ruby playing in the park before filming a scene in the rain. As Park Ji Hoon playfully jumps over a small river, Lee Ruby jokes, “You’re going to fall over after you jump.” He then helps her cross the river by extending an umbrella for her to grab. During filming, Park Ji Hoon passionately throws the umbrella as Lee Ruby storms off. They also film a scene in which he gently drapes a jacket over her shoulders. 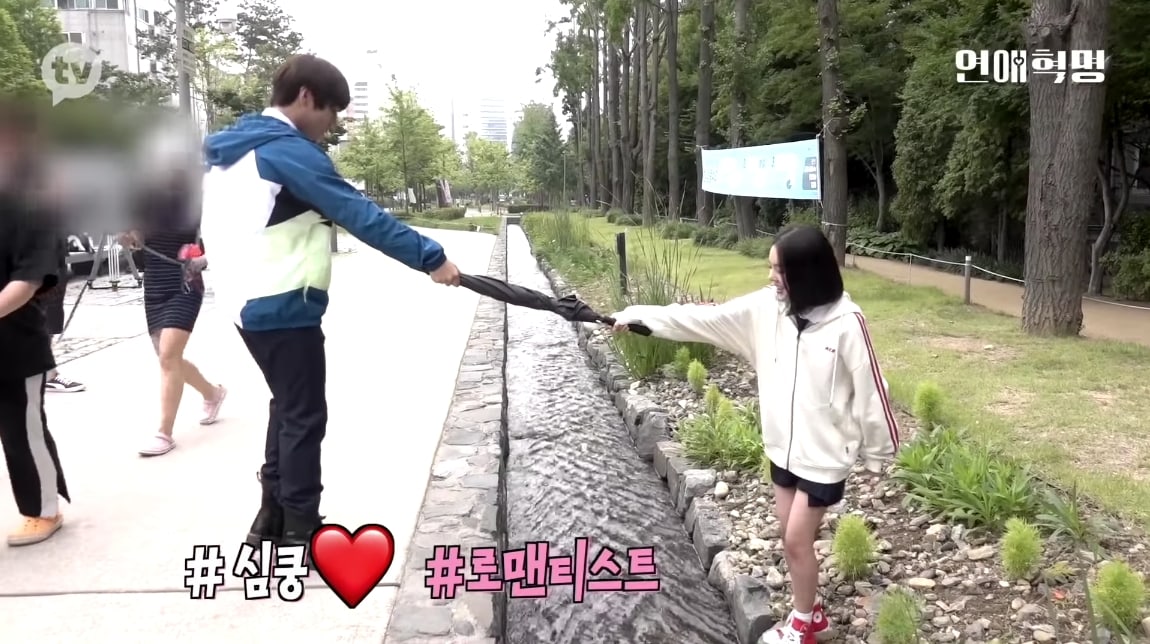 In the next clip, the duo film a scene in which Lee Ruby hits Park Ji Hoon’s guitar, causing it to break as it falls to the floor. Afterwards, Younghoon comes over to check on the guitar, thinking that it wasn’t actually supposed to break during filming. He approaches Park Ji Hoon with a shocked expression to ask if the guitar is okay, then exclaims afterwards, “You scared me.”

Another part of the video shows Park Ji Hoon and Lee Ruby monitoring the scene they just filmed, followed by a clip of Dayoung raising her fists at Younghoon to prepare for their fight scene. Younghoon teases her as he mimics the way she swung her fists at him, and Dayoung nearly falls over with laughter at his reenactment. 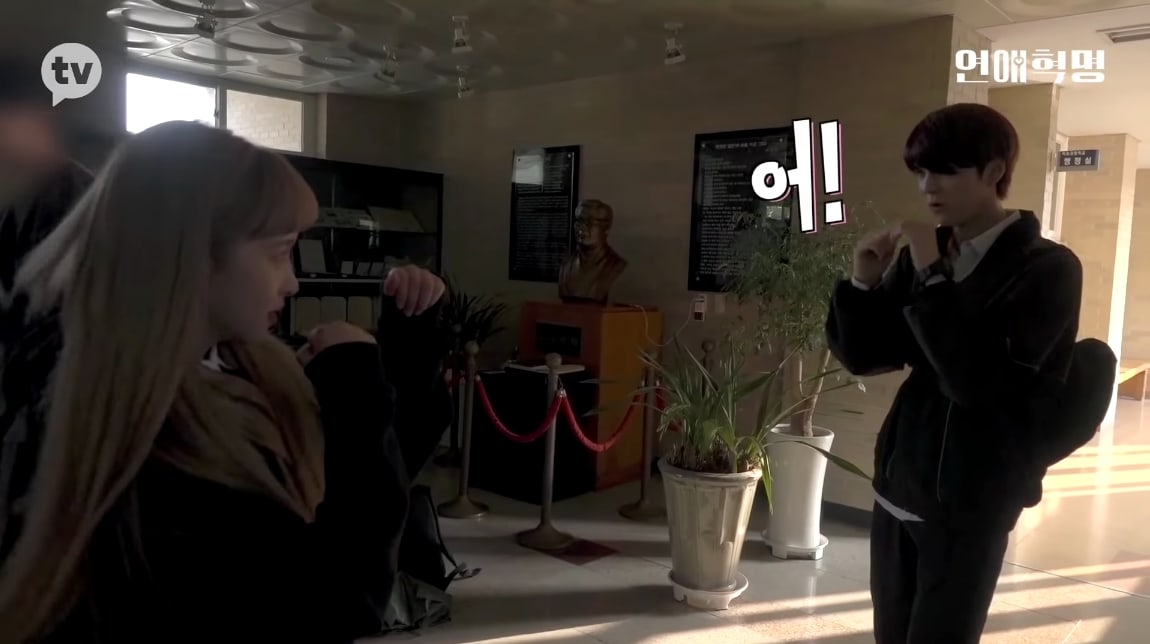 The video ends with a special appearance by Yoo Byung Jae, who appears as a school nurse in the drama, previewing a comedic scene in which he diagnoses Park Ji Hoon’s character with a case of “pulling my leg.” Yoo Byung Jae also comments on the state of his hair, which is usually blond, saying that they used spray to make it a darker color.

Watch “Love Revolution” on Viki below: