GOT7’s BamBam and DAY6’s Wonpil showed love for Stray Kids ahead of the group’s upcoming comeback!

On September 13, Stray Kids held a special live broadcast to chat about their highly-anticipated return with their new repackaged album “IN生” (“IN LIFE”), due out the following day.

At one point during the broadcast, BamBam made a surprise appearance by joining Stray Kids’ group chat, which was being aired live. After a hilariously chaotic exchange of texts, Bang Chan finally called BamBam, who congratulated the Stray Kids members on their comeback and asked them a number of questions over the phone. 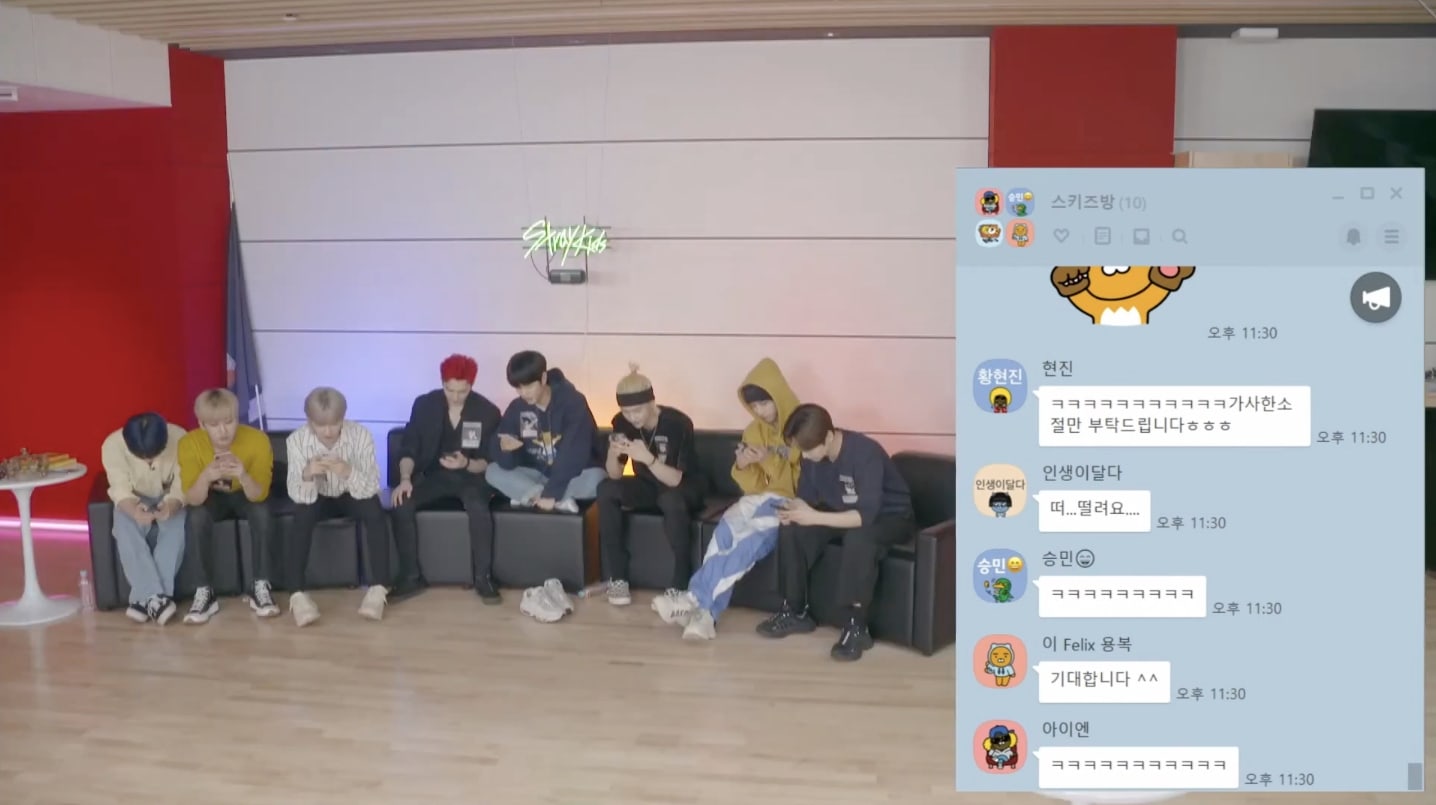 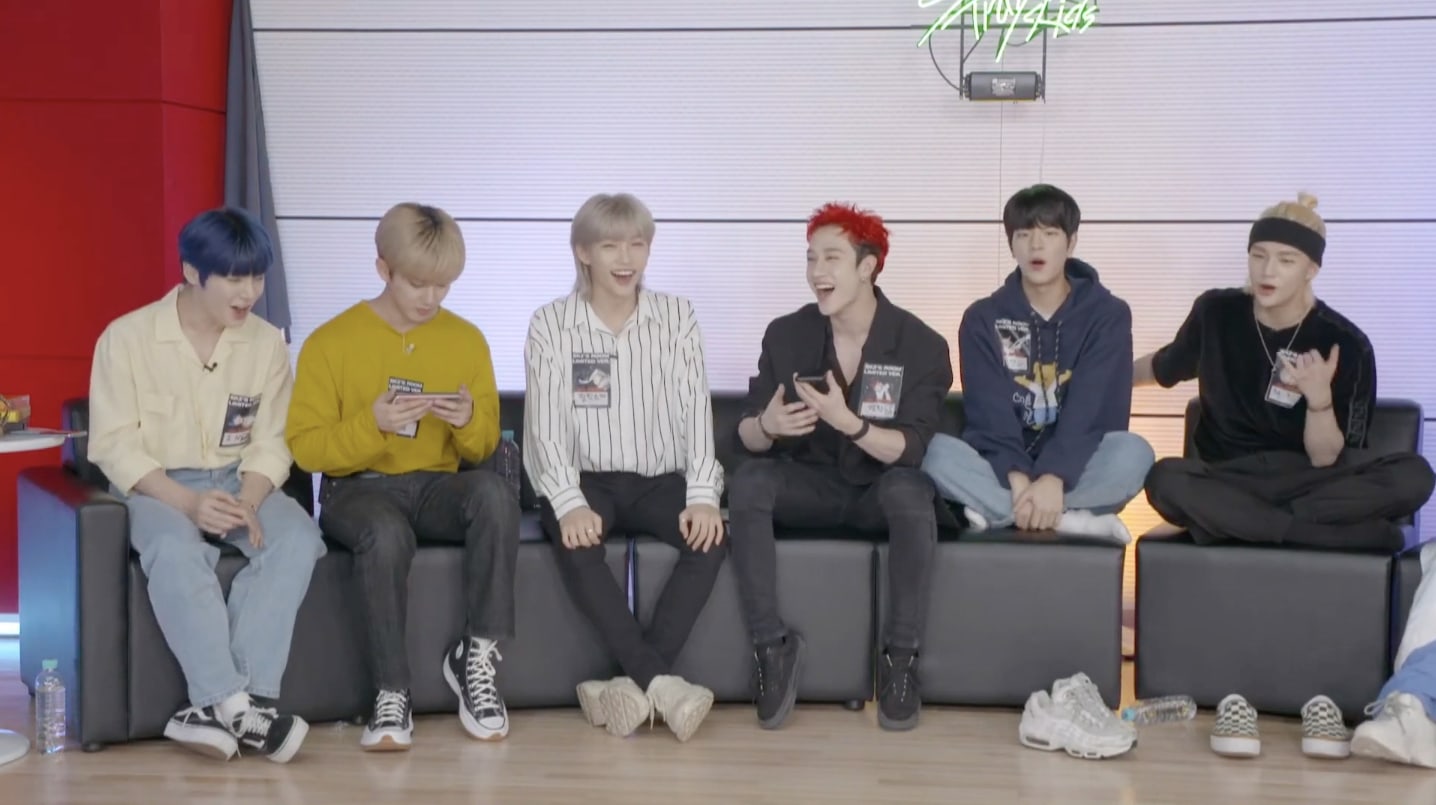 Bang Chan, who trained together with BamBam before the latter’s debut in GOT7, thanked his longtime friend for his consistent support, sharing, “I was really grateful to BamBam when ‘God’s Menu‘ came out. As soon as the song was released, he contacted me immediately and said it sounded great. Honestly, I was really touched back then. Thank you.”

BamBam responded, “I said this during a solo V Live broadcast back then as well, but ‘God’s Menu’ is my favorite Stray Kids song. Everything about it was great.” Bang Chan jokingly worried that he would be disappointed by their next title track, and the GOT7 member reassured him, “No, no. After seeing your teaser, I already like the song’s beat.”

BamBam also asked, “Felix always seems to be in charge of the ‘killing parts’ in Stray Kids’ songs. Can I safely look forward to [your part] in this upcoming song as well?” 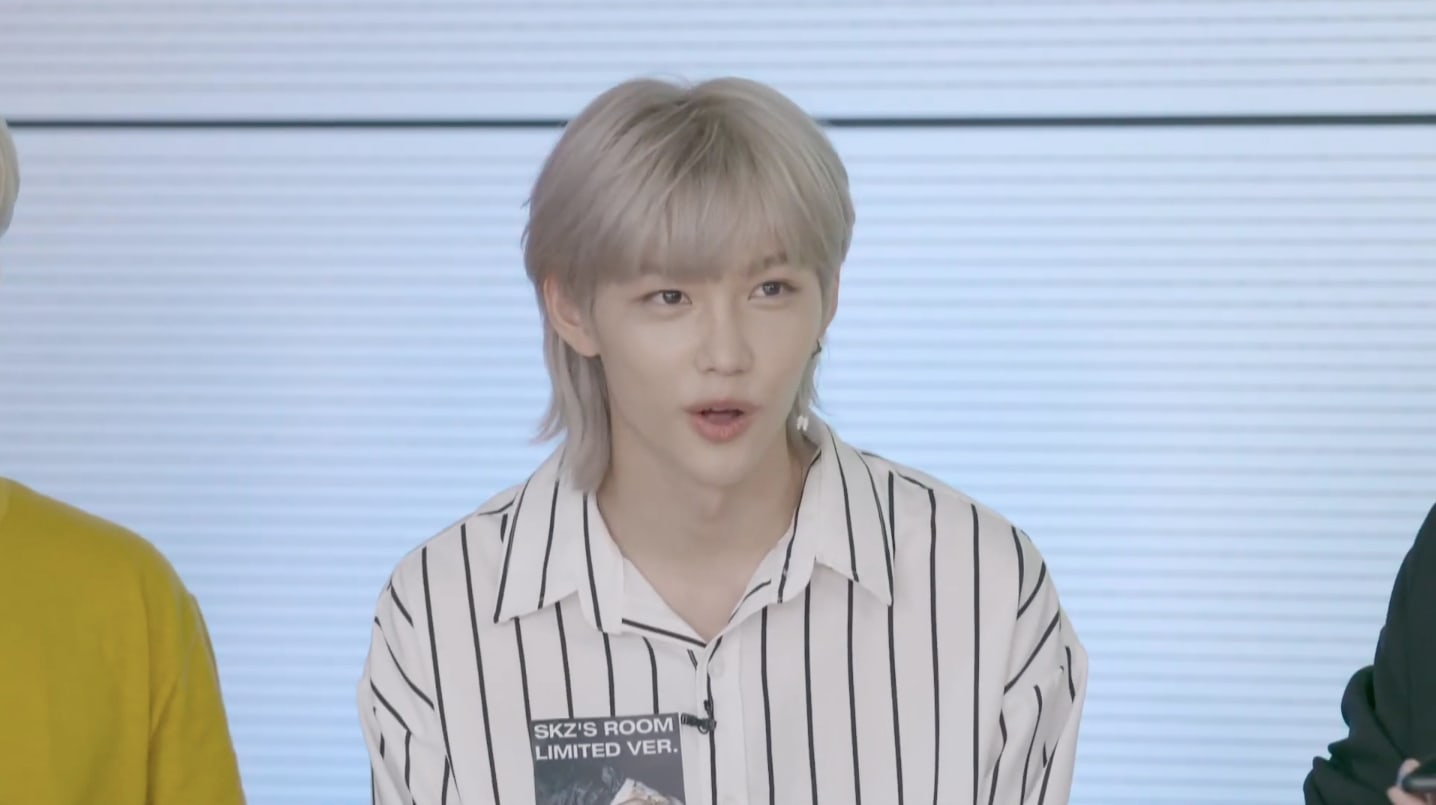 Pointing out that they’ve known each other for 10 years, BamBam then asked Bang Chan, “What kind of friend am I?” After laughing in embarrassment, Bang Chan replied, “From the beginning, I think I knew right away that he was someone I’d be friends with for a long time.”

He added, “Even in the past, we told each other a lot of secrets, took good care of one another, and talked about our concerns together. But the amazing thing is that after a certain point, we couldn’t spend time together anymore—yet even after that period of time when we were apart, we’re still friends like this, and I’m so grateful to you for that. I feel so comfortable around you, and I think you give me a lot of strength. I’m thankful for you as a friend.”

Finally, BamBam asked the other Stray Kids members what kind of leader Bang Chan was, before joking that he’d treat them to a meal without Bang Chan present later on so that they could give an honest answer in person. 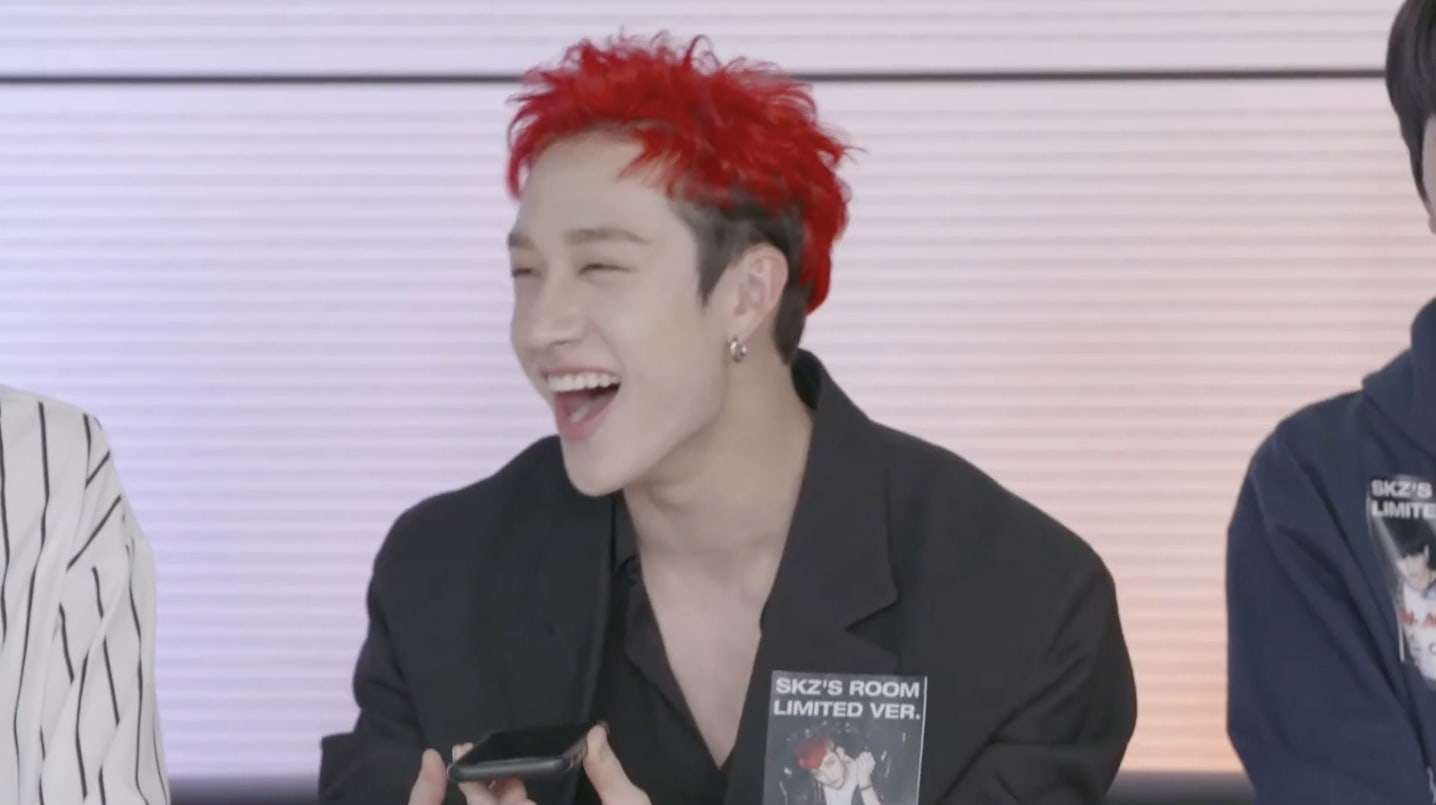 Later on in the broadcast, Wonpil similarly surprised Stray Kids by showing up in their group chat.

After Seungmin called him by phone, the DAY6 member warmly asked his younger labelmates whether they were getting enough sleep these days. He also reminded them to take their vitamins and to take good care of their voices during their promotions.

Wonpil then asked, “Do I get to hear your new song today?” When the Stray Kids members told him he’d have to wait until tomorrow, he lamented, “I was really looking forward to it!”

Playing off the title of their new album, Wonpil went on to ask the idols what their happiest moments “in life” were. Lee Know replied, “When I first brought my cat home. I have three cats, but when I was taking my first cat home, I faced a lot of trouble on the bus. I was really happy when I finally arrived at home.” 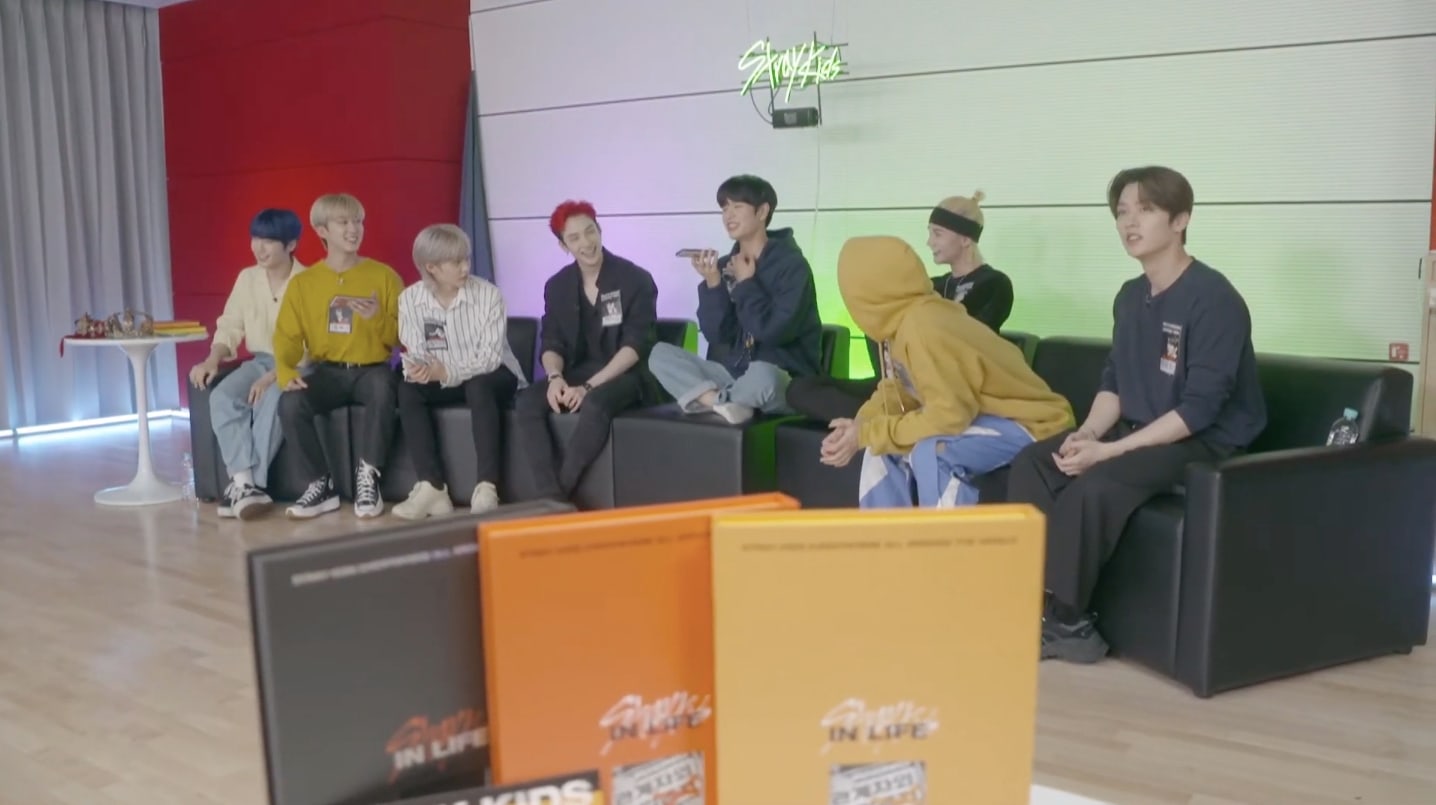 Hyunjin shared, “For me, it was the day we held our first concert. I don’t think I can ever forget the joy I felt during our first concert.” Wonpil responded, “That’s right, I was there! I had so much fun watching you guys. It was an entirely different format from our concerts, and I really enjoyed watching it. Even thought it was your first concert, you had unit performances prepared and everything. Just from seeing you guys, I could feel your passion. Not as a labelmate, but just from the perspective of an ordinary concertgoer, I could feel your power and passion.”

Hyunjin then nervously asked whether Wonpil had attended on the first or second night of their concert. When Wonpil replied, “The second,” he recalled with an embarrassed laugh, “I cried so much the second night.” Wonpil reassured him, “But it was really cute.”

Adding that he completely understood how they must have felt that night, Wonpil recalled, “I teared up too. All of the [Stray Kids] members cried a lot, but Hyunjin cried so much. Seeing that, I teared up as well. Really.” 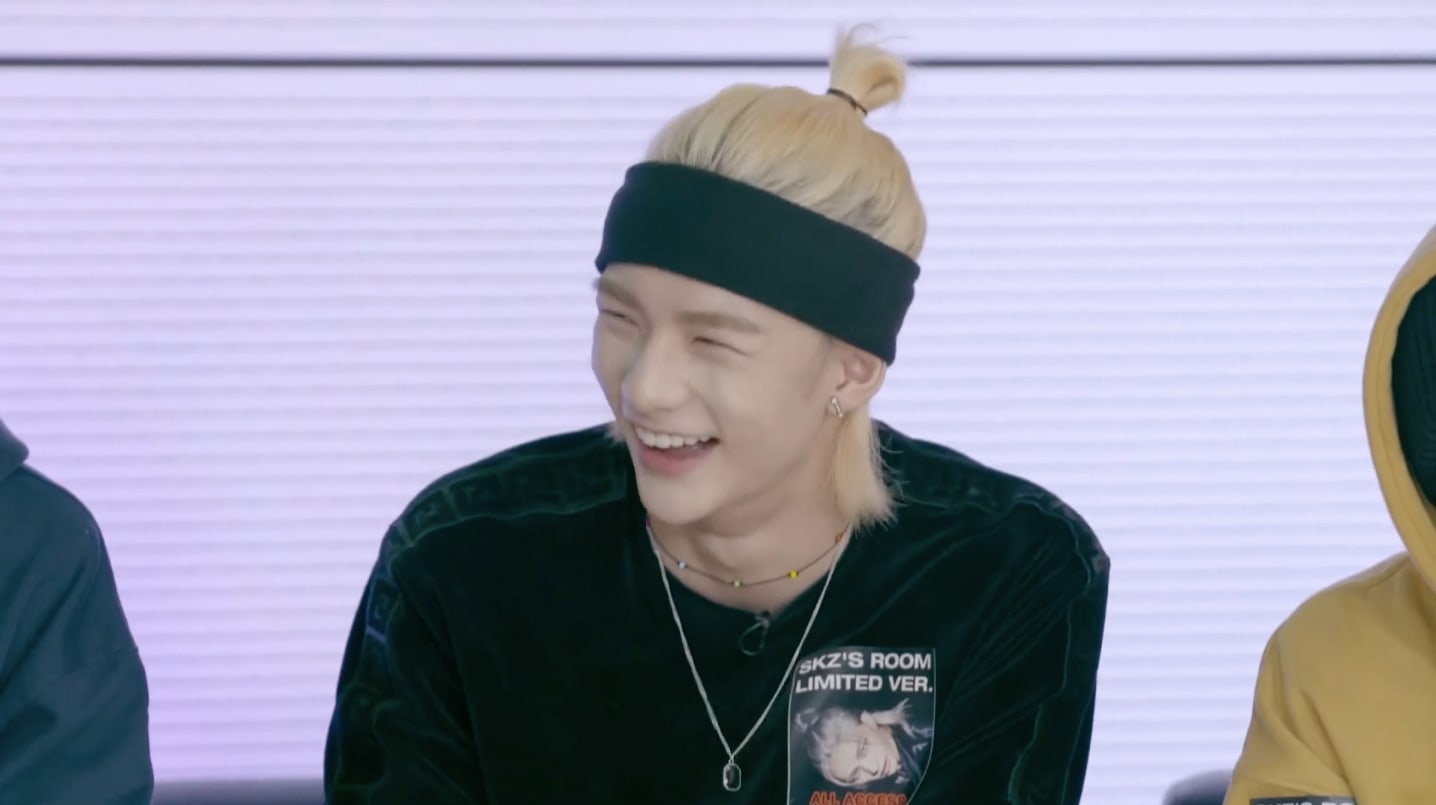 Stray Kids will be making their return with their new repackaged album “IN生” (“IN LIFE”), featuring the title track “Back Door,” on September 14 at 6 p.m. KST. Check out their teasers here!

GOT7
DAY6
Stray Kids
BamBam
Wonpil
How does this article make you feel?