MONSTA X’s Minhyuk And Shownu Talk About Their New OST, Singing Their 1st Duet, And More

In a recent interview, MONSTA X’s Shownu and Minhyuk shared their thoughts on their new contribution to the soundtrack of the hit webtoon “She’s My Type”!

On September 11, the two idols released the soothing ballad “Have a Goodnight” as the latest addition to the webtoon’s OST. Both Shownu and Minhyuk expressed their excitement about the song, which gave them the chance to showcase a different side of themselves from what they typically show in their intense performances as MONSTA X.

Shownu remarked, “I had always thought to myself that I wanted to sing an OST someday, and I ended up being able to participate in this one after a good opportunity arose. I think the results came out better than I’d expected, so I’m satisfied.”

Minhyuk chimed in, “During our promotions for MONSTA X, we typically showcased more of our dancing [than our vocals]. I had thought that it would be nice if we had an opportunity to put the focus on our voices for a change, and I’m delighted that we were able to show our fans a new side of ourselves through this OST.”

Shownu added, “There was a new kind of fun [in recording the song], because instead of our own story, we had to convey the story of the main characters in the webtoon,” and Minhyuk agreed, “It definitely felt different from when we work on our albums for MONSTA X, which was fun.” 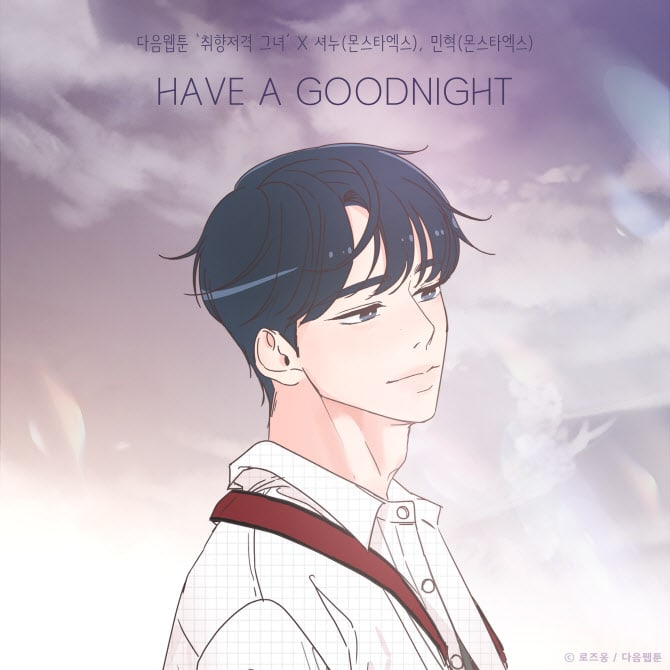 Describing the emotions they wanted to convey in the song, Minhyuk explained, “‘Have a Goodnight’ is a comforting lullaby that the male protagonist Chanyeol sings for the female protagonist Haedam after she’s suffered through an exhausting day. Chanyeol’s warm, sincere feelings of affection for Haedam are captured in the lyrics. Maybe that’s why, but we also became happier while singing the song.”

“Because it’s a healing song,” he went on, “if you listen to it with your eyes closed after a tiring day, I think you’ll find that it relaxes you and puts your heart at ease.”

Shownu recalled, “It was easier to convey the emotions of the song because it fit so well with the webtoon’s story. It was my first OST, but because the music was so good, and it was so easy to fall into the emotion of the song, I think it came out well, which makes me happy.”

“In contrast to our group activities, I’d like it if people focused on the emotional aspect of our voices,” he continued. “We’d be happy if people listened to the song not only while reading the webtoon, but also whenever they want to be comforted.”

Minhyuk added, “I hope that the webtoon’s readers will say that our OST is a perfect match for the webtoon, and as it’s our first OST, I hope that people will take a lot of interest in it.” 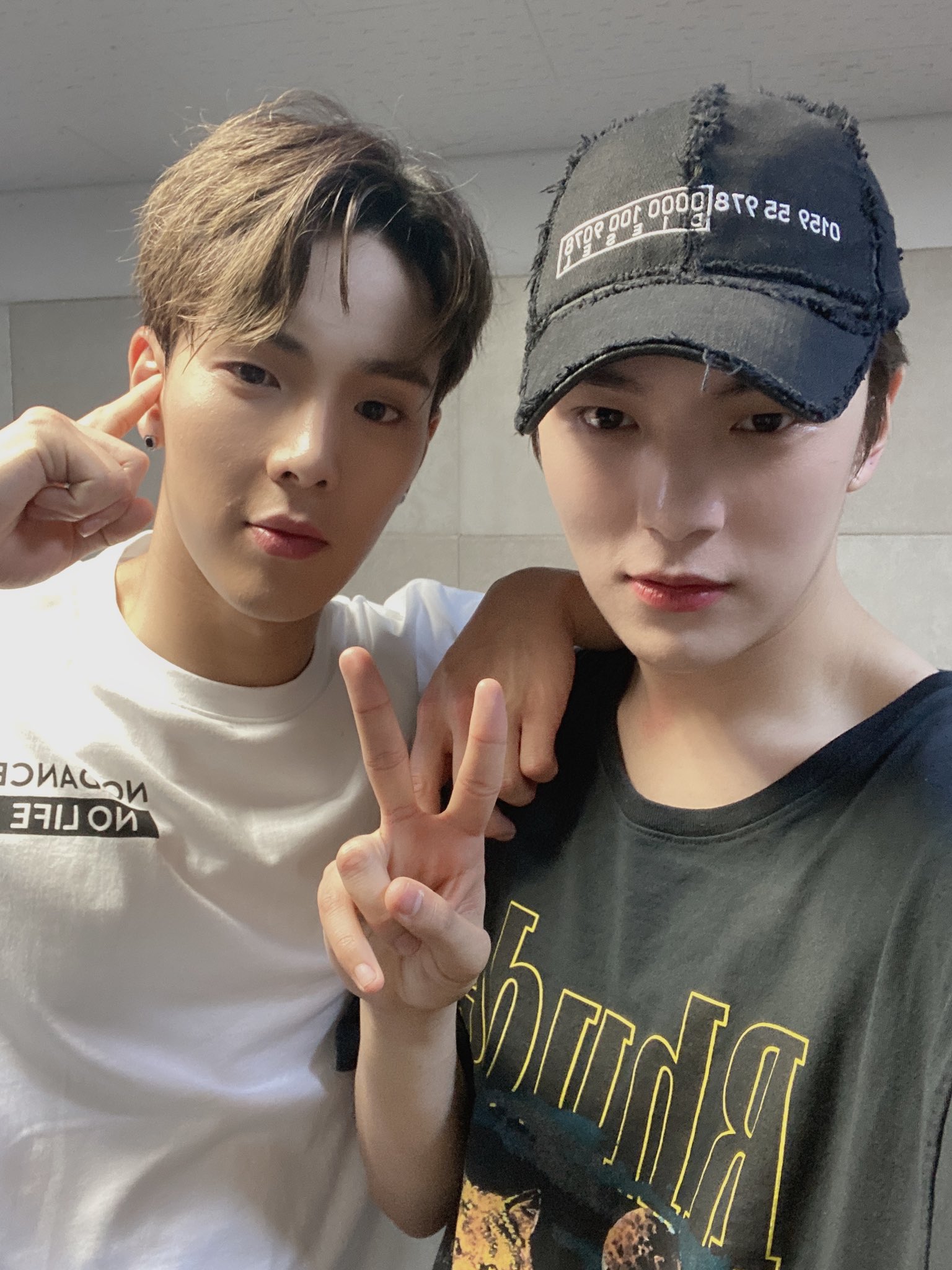 “Have a Goodnight” not only marks Shownu and Minhyuk’s first OST, but also their first duet together, and they spoke confidently about their chemistry as a duo.

“Minhyuk has such a great sense of humor, and he’s the energetic type, so just being around him gives me strength,” said Shownu. “I think both that side of Minhyuk’s personality and my serious side came through in the song, so I think the song will be a source of strength for its listeners. I hope that our synergy can give a lot of people healing and strength.”

Meanwhile, Minhyuk remarked, “If I had to sum up ‘Have a Goodnight’ in one phrase, it’d be a ‘pleasant twist.’ To be honest, when it was first announced that the two of us would be singing an OST, I think everyone was half-excited and half-worried. But after the song was released, the response was really positive. I think we were able to deliver a ‘pleasant twist’ to Monbebe [MONSTA X’s fandom] through this OST, which makes me happy.”

He added, “In the future, I’d like to team up with Shownu again and show another unexpected side of ourselves this time—a different twist.”

Check out a clip of Shownu and Minhyuk singing their new song “Have a Goodnight” below!

MONSTA X
shownu
Minhyuk (MONSTA X)
How does this article make you feel?