KBS 2TV’s hit drama “Once Again” has come to a close.

On September 13, “Once Again” aired its finale, and the cast shared their thoughts on the beloved drama’s conclusion.

“Once Again” told the story of four siblings, following their individual lives and comparing their opinions on marriage and divorce.

On September 14, Lee Min Jung shared, “I was happy during the past six months that I’ve spent as Song Na Hee. I think I’m really going to miss the staff members and actors who all felt like a real family to me. Above all, thank you to the viewers who cried, laughed, and cheered on Na Hee.”

Lee Sang Yeob, who played Yoon Gyu Jin and showed off great chemistry with Lee Min Jung, commented, “It seems like it was just yesterday that I got excited reading the script on one hot day a year ago, and now the drama’s already ended. Thank you to the many viewers who laughed and cried with Gyu Jin. Because of them, I was able to stay strong and be happy.”

Lee Sang Yeob mentioned that he still gets emotional thinking about the end of the drama, and he considered Yoon Gyu Jin and “Once Again” to have taken a special place in his heart.

He added, “I’m thankful for the many people who breathed together with Gyu Jin, and I won’t forget them. Just as Gyu Jin became happier with Na Hee, I’ll pray that everyone will become happier too.”

Meanwhile, Lee Sang Yi said, “It’s sad and such a pity that I won’t be able to meet the actors and staff members for a long time after ending the drama with the finale. However, I want to say goodbye to Yoon Jae Suk with happiness because I think I was able to wrap up the drama very well thanks to the unexpected amounts of love and interest that we received.”

He thanked the director and writer as well as his co-stars Kim Bo Yun, Lee Sang Yeob, and Lee Cho Hee. Lee Sang Yi then shared, “I sincerely thank the viewers who loved ‘Once Again,’ and I hope that everyone can always be healthy and safe. In order to return the love and interest that everyone has given me, I will become the actor Lee Sang Yi who works even harder and improves in the future.” 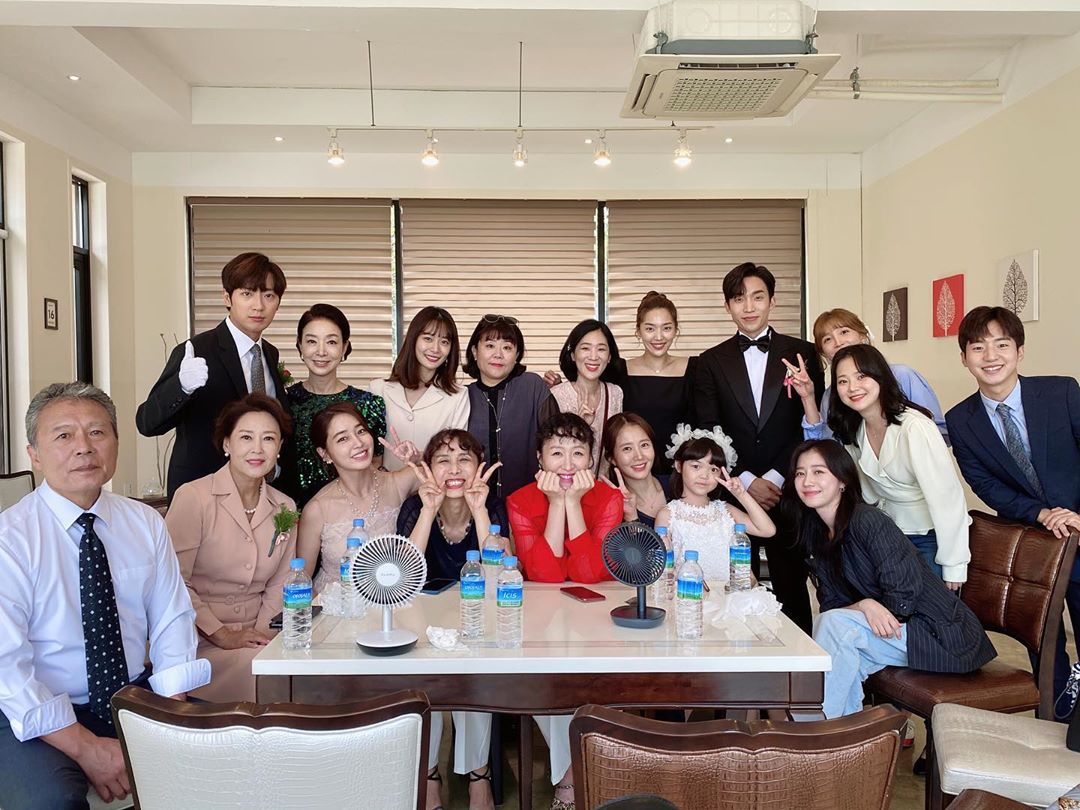 Lee Cho Hee, who played Song Da Hee, shared her thoughts as well. She said, “‘Once Again’ was a very meaningful drama to me. I was happy to be able to do this drama, and I learned a lot.”

She also thanked the director, writer, staff members, her co-stars, and the viewers. “I was happy and thankful that I was able to be Da Hee,” she added.

Cha Hwa Yeon played Song Na Hee’s mother Jang Ok Boon, and the actress commented, “I spent some very happy times as I was able to join such a great drama. I think this happiness will last for a while. Thank you to all our actors who created a great drama together, and I hope we can meet again through another great project.”

She expressed her gratitude for the writer, director, staff members, and viewers as well. “I don’t think I’ll be able to forget all their love and support,” she said.

Last but not least, Oh Yoon Ah shared her final thoughts about working on “Once Again” as the character Song Ga Hee. “There were many things going on, from the heavy snow during the first filming to the extreme heat and typhoon,” she said, “but I’m thankful we were able to wrap up the drama safely. I always feel regretful after the end of a great project, and ‘Once Again’ in particular makes me feel that way. I think I’ll miss it a lot for a while.”

She continued, “I was able to enjoy filming the drama thanks to the writer who created such a good story using realistic ideas, the director who made the story even more fun, the staff members who worked very hard on set, and the actors who seemed more like an actual family to me.”

She also thanked the viewers and concluded, “I hope ‘Once Again’ can be remembered as a drama that was able to heal viewers and give them strength during such difficult times.”