Upcoming film “Without a Sound” (literal title) has revealed a new poster.

The film, starring Yoo Ah In and Yoo Jae Myung, is about two men who are asked to look after a kidnapped child. When the kidnapper dies, the two men are unexpectedly forced to live precarious lives as criminals.

The movie is Yoo Ah In and Yoo Jae Myung’s first time working together. Yoo Ah In, in another first of his career, is taking on a role with no lines of dialogue. He will be playing Tae In, who, for an undisclosed reason, doesn’t speak. The character barely gets by, taking on clean-up work for a criminal organization, and Yoo Ah In must express emotions purely through physical means. Yoo Jae Myung is playing Chang Bok, who gets caught up with Tae In in an impossible situation with a kidnapped child.

The poster reads, “To unexpectedly become a kidnapper.”

“Without a Sound” is slated to premiere in October. 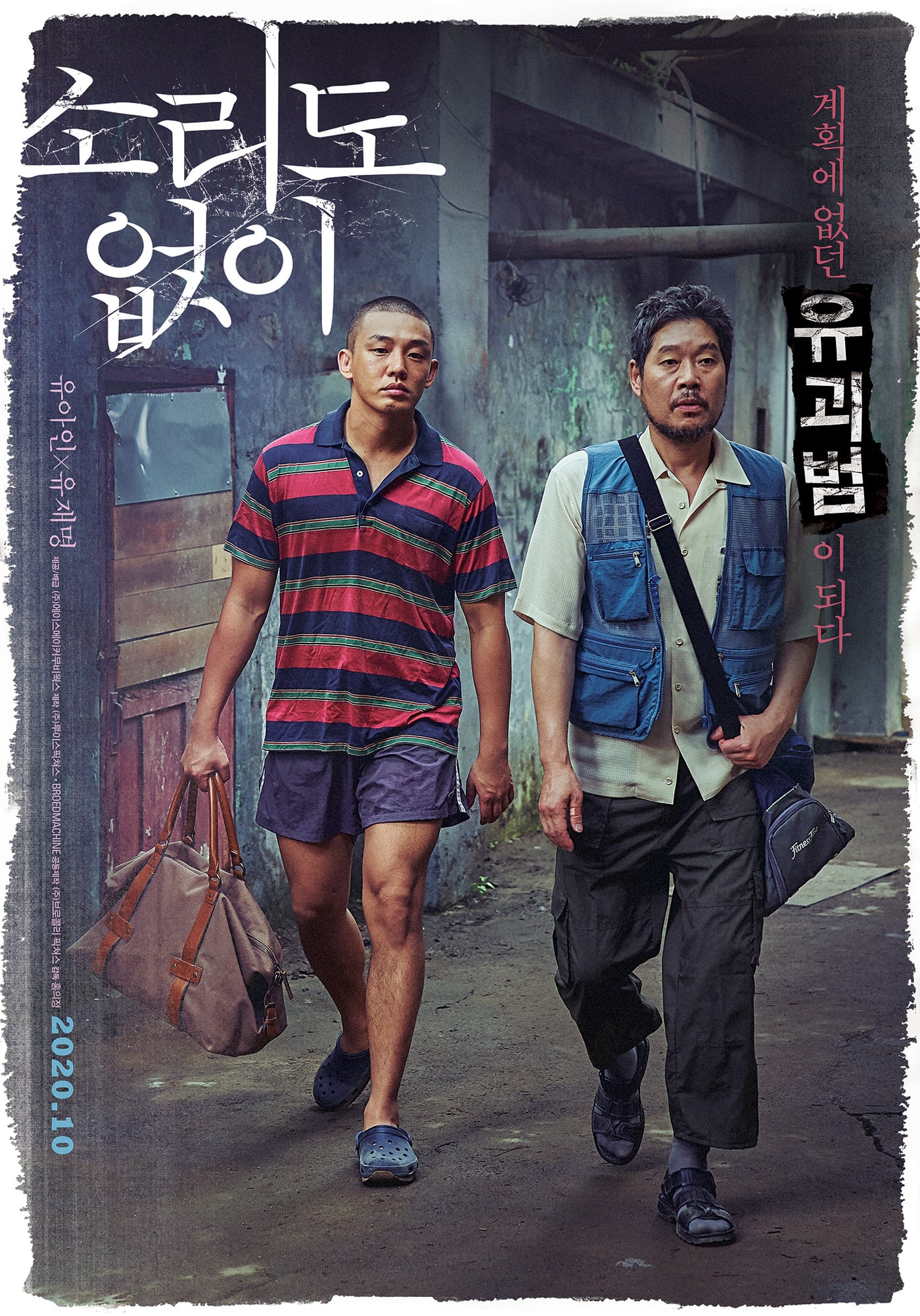 In the meantime, you can catch Yoo Ah In in “Chicago Typewriter” here:

Yoo Ah In
Yoo Jae Myung
How does this article make you feel?