K-Pop Idols, Trainees, And Agencies Talk About The Effect Of COVID-19 Pandemic On The Industry And Careers

On September 16, Channel A News reported on the precarious situation of many K-pop agencies and their artists during the COVID-19 pandemic.

The network reported that with events and festivals canceled, many small and medium-sized agencies are at the brink of shutting down or have already closed, while their trainees are left in limbo.

The girl group Black Swan was slated for a debut earlier this year, but it’s been postponed indefinitely due to the pandemic. Member Youngheun told Channel A, “We’ve kept training for a year and a half, but after the COVID-19 outbreak our debut’s been pushed back too and now all we’re doing is training.”

Hyeme commented that she needs to succeed at this, as singing and dancing is all she knows how to do. Leia said, “My family is all in Brazil and I want to send them money. This is a really frustrating situation.” 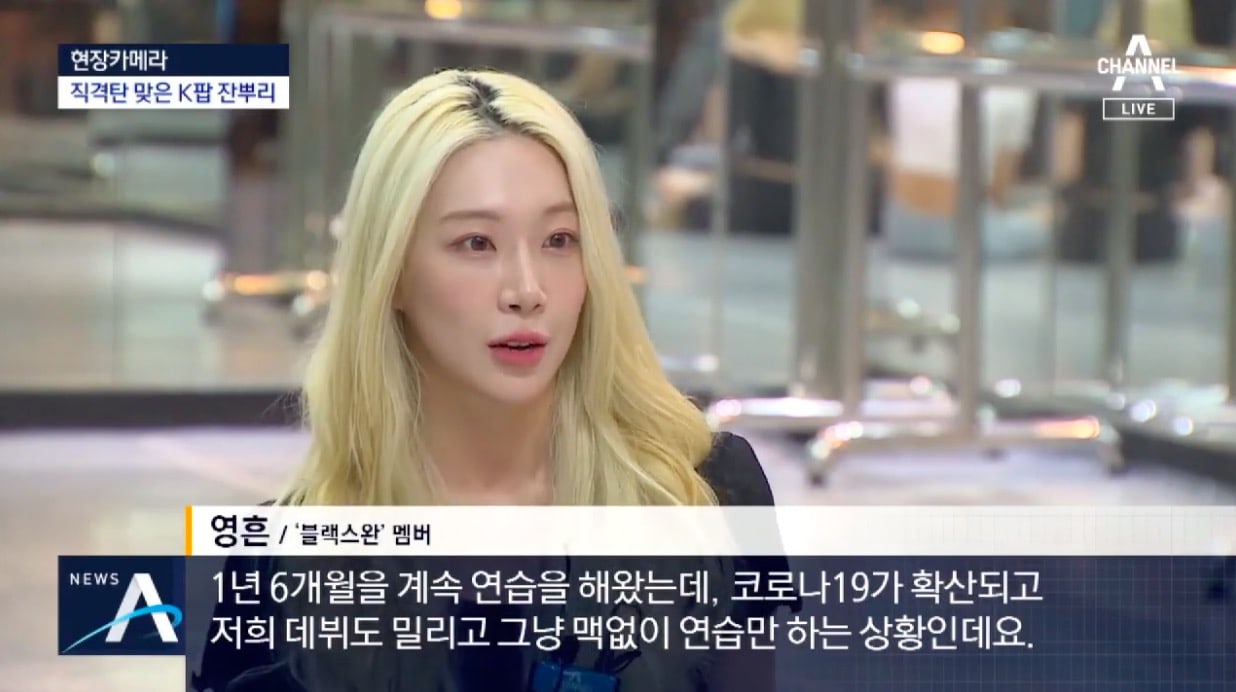 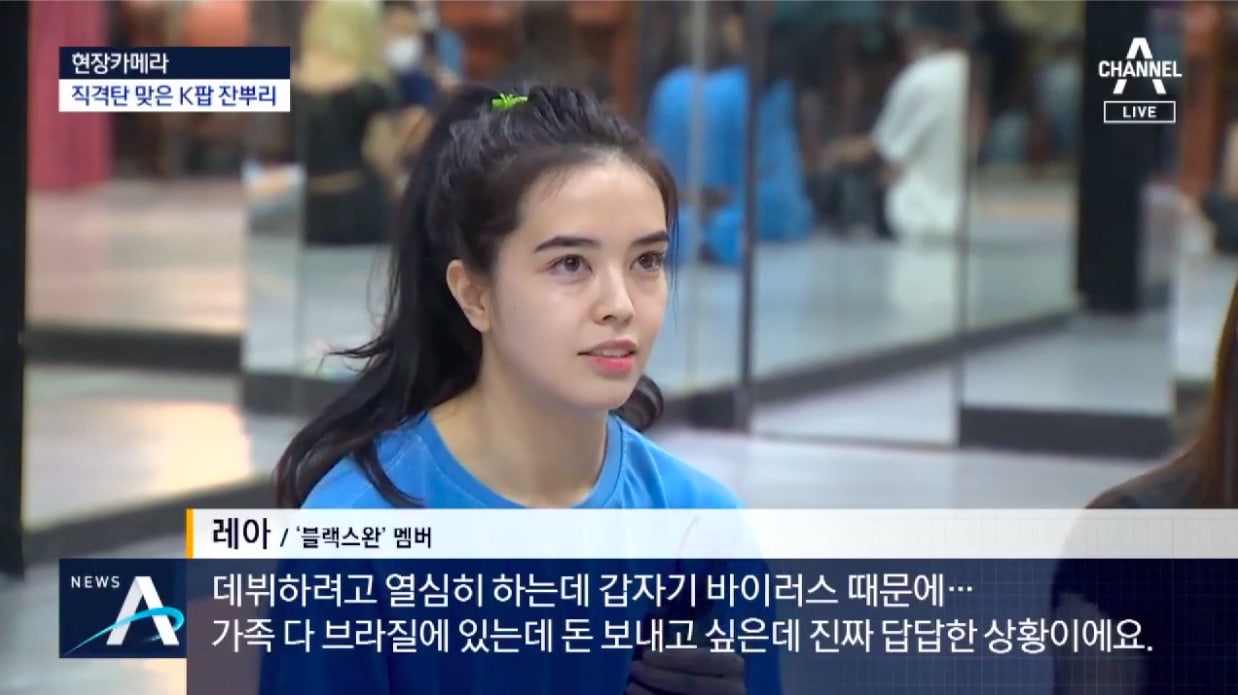 Channel A reports that the agencies who have invested in the groups are also concerned. The network says that most places are worried about their survival right now, rather than making a profit.

Yoon Deung Ryong, the head of Black Swan’s agency DR Music, said, “99 percent of the small agencies like us are almost bankrupt and are having a difficult time staying afloat each day. During this preparation period, you have to look at it as spending 20 to 30 million won (approximately $17,000 to $25,600) a month. We’re almost wiped out right now.”

Channel A notes that many idols under small to medium-sized agencies are more popular overseas than in Korea and so most of their profit comes from overseas performances, which has been a problem during the pandemic.

The network visited Liz Entertainment, home to the girl groups ICU and Chic Angel. The members said, “It’s made it so we can’t keep our promise to our fans,” and “We were planning on doing a concert overseas, but this year’s just been lost.” As a way to survive, the two teams have been combined to be managed as one project group.

ICU member Abin talked about how rookies like them often raise awareness about themselves by performing at events. “Over 30 events were canceled recently,” she said. “We look up things like what the increase [in confirmed cases] was today. I hope our company survives.” 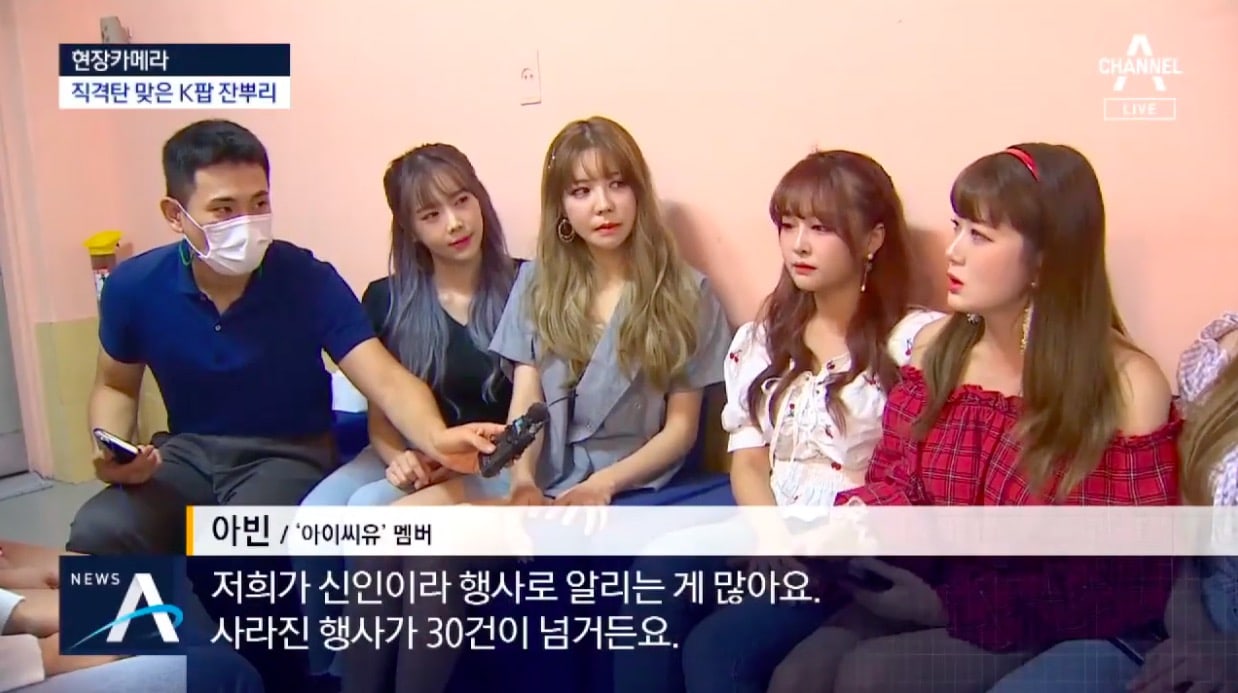 Their agency head stated, “We had everyone including a manager and stylist, but now I’m doing everything on my own. We’re cutting costs as much as possible. We had an office too, but it was hard to maintain it so now we just have the one practice studio.”

Channel A reports that some people say that the government’s support measures focus too much on theater and dance while neglecting agencies for singers, a part of the popular culture industry.

The agency head continued, “I worry about it a dozen times a day. I’ve put everything I have into this. We’ve reached a point where I’m worried about next month.”

According to the Ministry of Culture, Sports and Tourism, 34 entertainment agencies have shut down since March.

ICU
Chic Angel
Black Swan
How does this article make you feel?