FENT Entertainment, the agency of the girl group FANATICS, released an apology after a staff member was overheard making an inappropriate comment during a live broadcast.

During one of FANATICS’s V Live broadcasts, the members were seen wearing shorts or short skirts. Someone off-camera handed them jackets and blankets to cover up their legs, but then a male staff member was heard off-camera saying, “The point was to show their legs, so why did you cover it?” This was followed by a sound like a slap. The FANATICS members onscreen eventually removed the jacket. 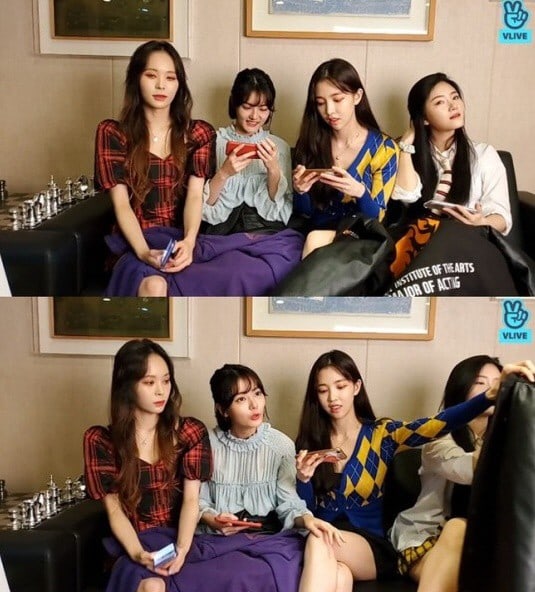 The following is the statement released by FENT Entertainment:

Hello, this is FANATICS’s agency, FENT.

As an agency, we recognize the seriousness of the incident in which a staff member made an inappropriate comment during FANATICS’s V Live broadcast on September 7. First, we would like to apologize to the members and fans who were hurt by this.

The agency acknowledges that the staff member’s inappropriate comment was wrong and without excuse and the person responsible will take action against them accordingly.

FENT will take more care in future so that this incident does not happen again.

Once again, we apologize to the fans who love FANATICS and will do our best to protect the rights of the artists you love.

FANATICS
How does this article make you feel?