BTS, NCT, And ATEEZ Make Twitter’s List Of Top 10 Most Tweeted-About Artists In U.S. During Past 6 Months

Twitter has unveiled its list of the most tweeted-about musicians in the United States for the past six months, and BTS, NCT, and ATEEZ all claimed spots in the top 10!

On September 15 local time, Twitter released its official “Twitter from Home” trend report, which shares data about “what people in the U.S. have been listening to, watching, eating, and doing to stay connected and entertained in the past six months.” The report compares Twitter activity between March 1 and September 1 in 2020, when the COVID-19 outbreak changed life in the United States by keeping people inside their homes, to the same range in 2019.

BTS topped Twitter’s list of “Most Tweeted-About Musicians in the United States” at No. 1, while NCT came in at No. 6 and ATEEZ at No. 8. 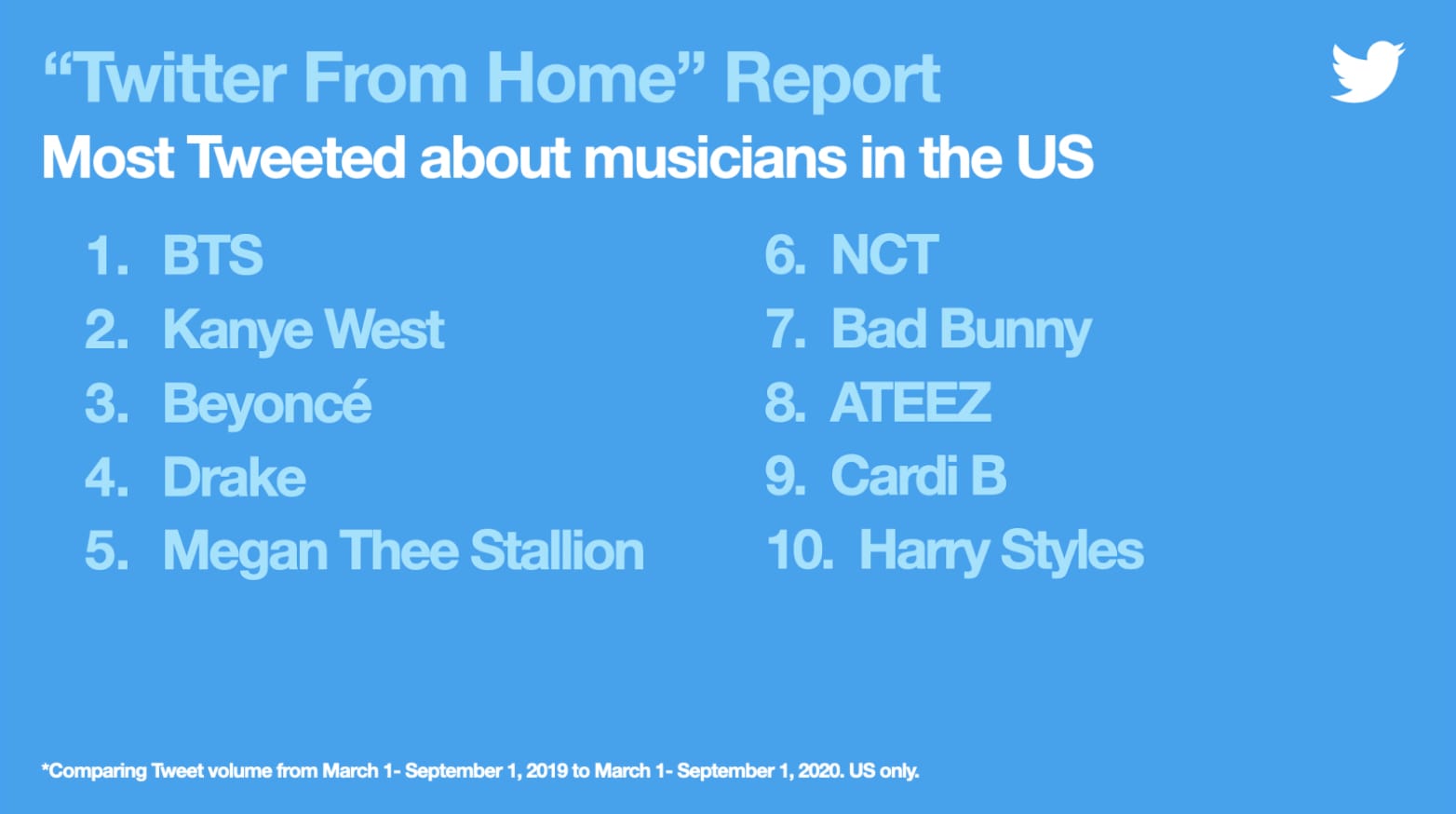 Congratulations to all of the artists who made the list!

NCT
BTS
ATEEZ
How does this article make you feel?