As ASTRO’s first unit group, Moonbin & Sanha showcased great chemistry during the photo shoot and led the filming with their charismatic gazes and poses.

Moonbin & Sanha made their unit debut on September 14 with their first mini album “IN-OUT” and its title track “Bad Idea.” The album also contains the b-side tracks “Eyez On U,” “Alone,” “All I Wanna Do,” and “Dream Catcher,” and the album conveys the positive message of forgetting bad memories.

In the interview that followed the photo shoot, the two ASTRO members talked about their unit promotions. Sanha picked their outfits as an aspect that was different from their promotions with ASTRO. He commented, “I thought we weren’t wearing any clothes.” Moonbin shared, “We prepared the performance with the feeling that it would be nice if people could forget the bad memories and keep just the happy memories while watching our song and performance.” 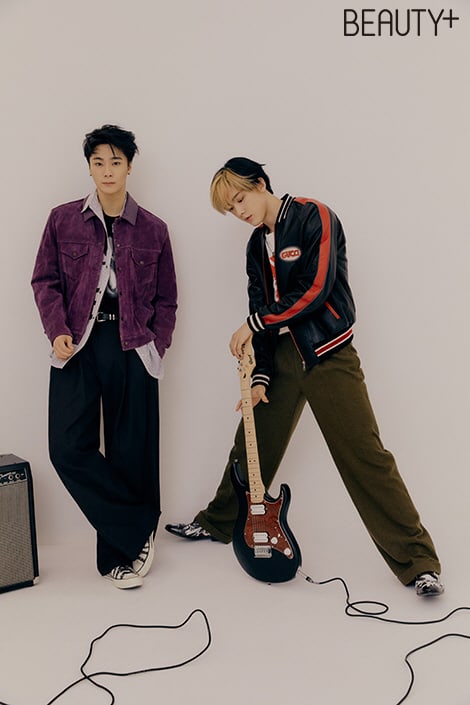 Moonbin elaborated on his resolve on stage. He explained, “I overestimate myself. I dance with the thought that I should also captivate the hearts of other fans. I often feel proud thinking that I’ve succeeded after I finish.”

He continued, “It would be nice to become a group with a style similar to that of SHINee. They take on many different musical challenges, have a distinct song style to the point that anyone can identify SHINee’s songs, and they also have really great performances.” 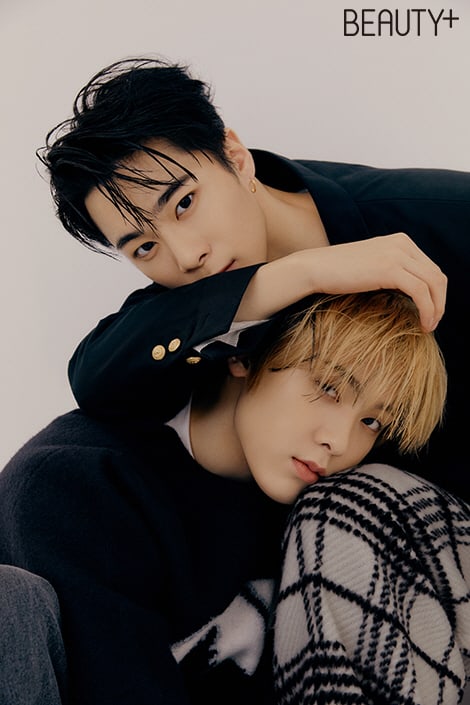 Furthermore, Sanha talked about the music styles he wanted to pursue in the future. He shared, “I want to sing our fans a song that has a similar feeling to IU‘s ‘Through the Night.’ I also enjoy Paul Kim’s songs with touching lyrics. I want to try singing a song that highlights our voices and emotions.”

Moonbin & Sanha’s pictorial will be available through the October issue of Beauty+.

Watch Moonbin in “Moments of 18” below: