SBS’s “Alice” has shared a new behind-the-scenes glimpse of the teamwork between stars Kim Hee Sun and Joo Won!

In their suspenseful new sci-fi action thriller, the two actors play tense, serious characters who race across time while facing life-and-death stakes. However, once the cameras stop rolling, the leads morph back into a playful duo with natural chemistry and stellar teamwork.

On September 17, the drama released behind-the-scenes stills of Kim Hee Sun and Joo Won spending time together on set between takes. One photo shows the actors cutely posing for the camera together, while another captures them lost in discussion as they pore over a script together and prepare to film an action-packed scene. 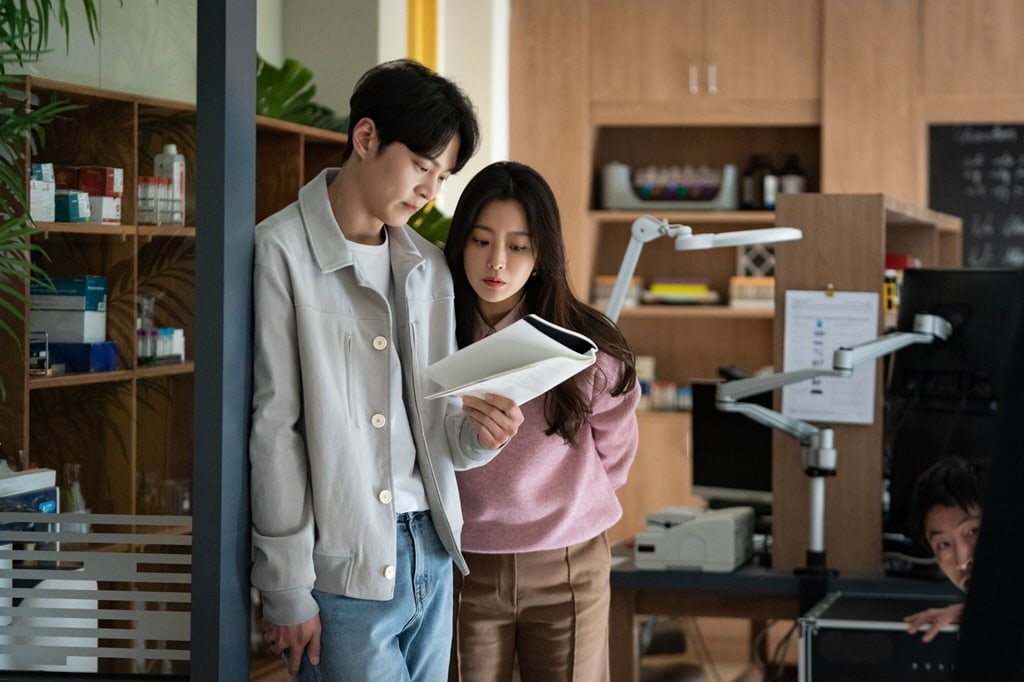 In the final photo, as they get ready to film a scene that takes place in 2010, Kim Hee Sun shows off the outdated phone in her hand and points out something to Joo Won that makes him burst out laughing.

The producers of “Alice” commented, “‘Alice’ is a human science-fiction drama that tackles time travel. Because of that, as the drama’s two leads, both Kim Hee Sun and Joo Won have had to pull off difficult and unique acting that can’t be seen in other productions.”

“Of course, the two actors have been great at portraying their own characters,” they continued, “but they have also displayed amazing acting chemistry while working together. They are considerate of each other, and they also rely on one another.” 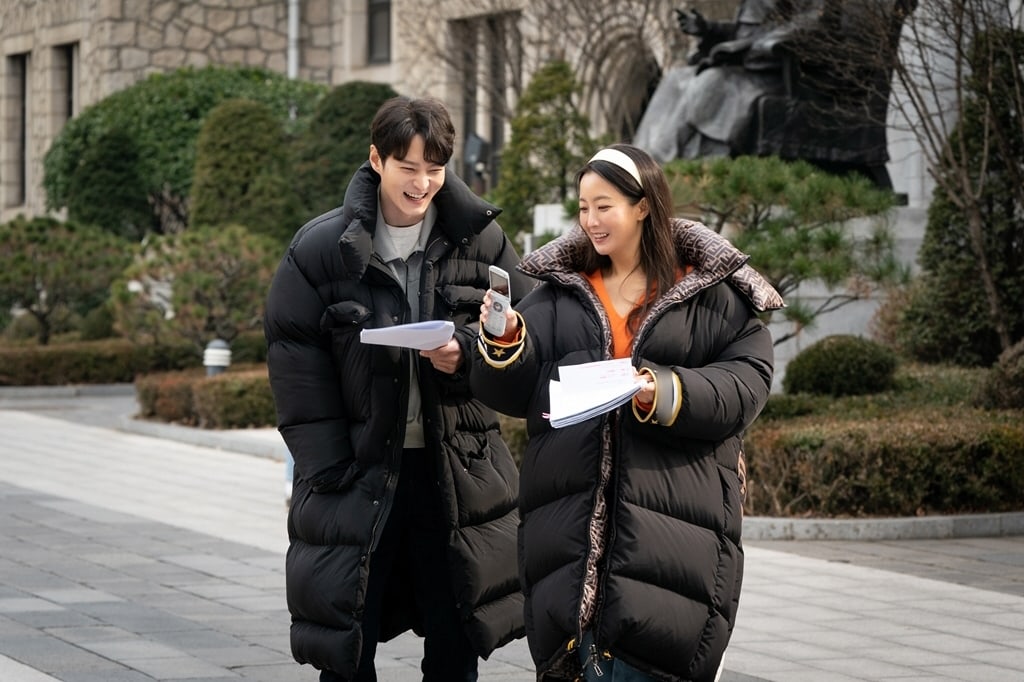 The producers concluded, “‘Alice’ is currently racing towards its midpoint, and we ask that you show a lot of interest and anticipation for the two stars’ acting skills, as well as their chemistry.”