“Start-Up” is set in South Korea’s fictional Silicon Valley named Sandbox and tells the stories of people in the world of startup companies. Suzy stars as Seo Dal Mi, who dreams of becoming the Korean Steve Jobs, and Nam Joo Hyuk stars as Nam Do San, the founder of Samsan Tech. “Start-Up” is written by Park Hye Ryun (“I Hear Your Voice“) and directed by Oh Choong Hwan (“Hotel Del Luna“), both who previously worked on “While You Were Sleeping.”

The newly released couple poster features Seo Dal Mi’s gentle smile and Nam Do San’s soft gaze. As they lean on each other, the two produce heart-fluttering chemistry. The text on the poster reads, “The place where our shining story begins,” raising curiosity for what kind of startup companies Seo Dal Mi and Nam Do San will create at Sandbox where young adults with diverse backgrounds and dreams gather together. 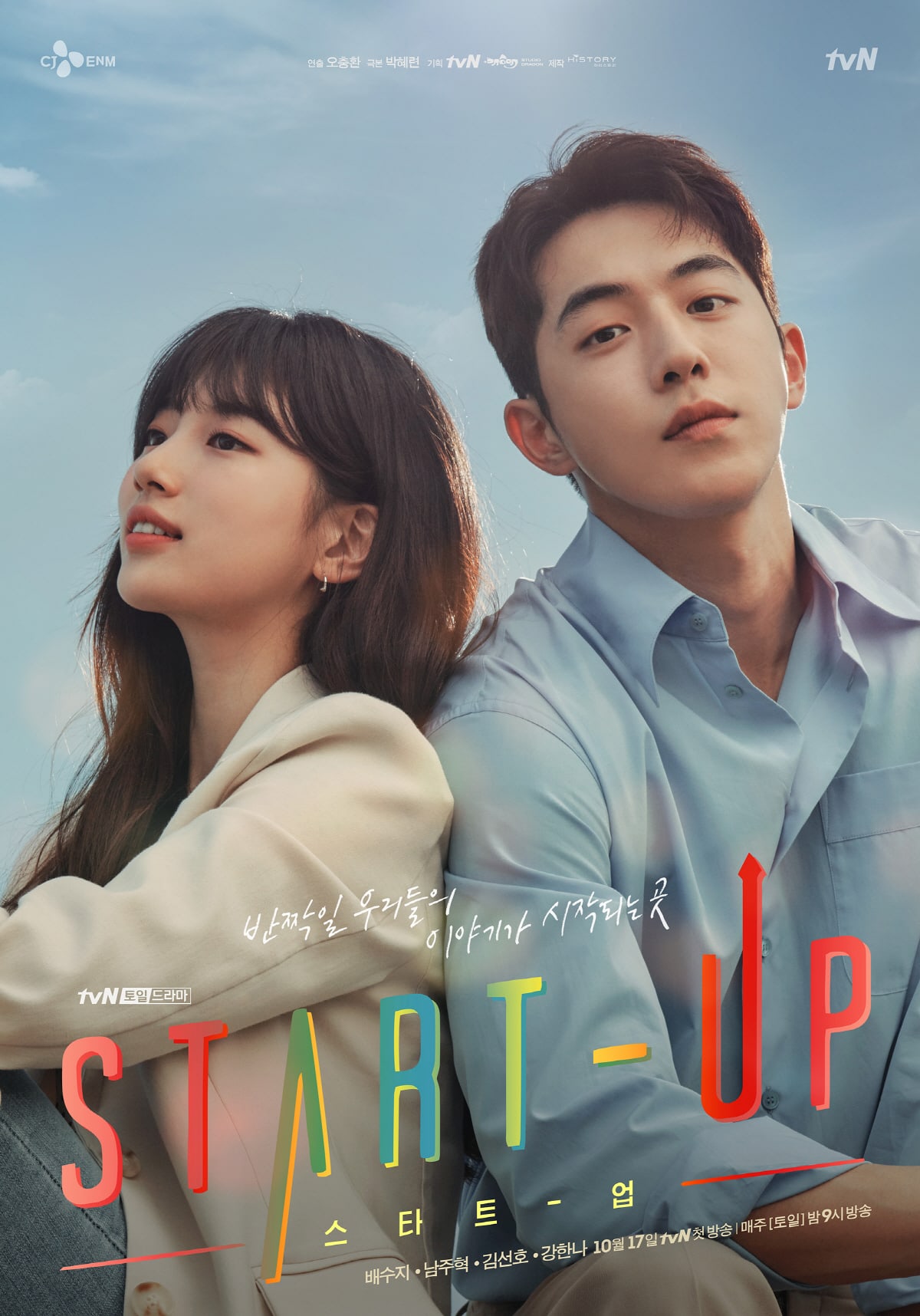 The production team shared, “There’s exactly one month remaining until the October 17 premiere. Along with the energy of the shining youths, we’ll greet viewers with a good drama that can bring comfort to many people.”

“Start-Up” premieres on October 17 at 9 p.m. KST. Check out a teaser for the drama here!