Watch: “More Than Friends” Cast Describe Their Characters And Share Their Reasons For Joining The Drama

JTBC’s upcoming drama “More Than Friends” gave viewers a new glimpse into the main characters through an interview with the cast!

“More Than Friends” is a new romance drama about two close friends who both fall in unrequited love with one another over the course of 10 years. Shin Ye Eun will star as Kyung Woo Yeon, a calligrapher who finally decides to give up on her one-sided love for her guy friend after a decade of pining. Ong Seong Wu will play photographer Lee Soo, the longtime object of Kyung Woo Yeon’s affection, who suddenly starts to see her in a different light.

Ong Seong Wu started off the interview by describing his character of Lee Soo as a cool photographer who is well-liked by everyone and has a chic aura. When asked why he selected the role, Ong Seong Wu responded, “I really wanted to try acting in a romantic comedy at least once. I wanted to meet a character who had an enjoyable, affectionate, and cool but reserved personality. Lee Soo is exactly that kind of character.” 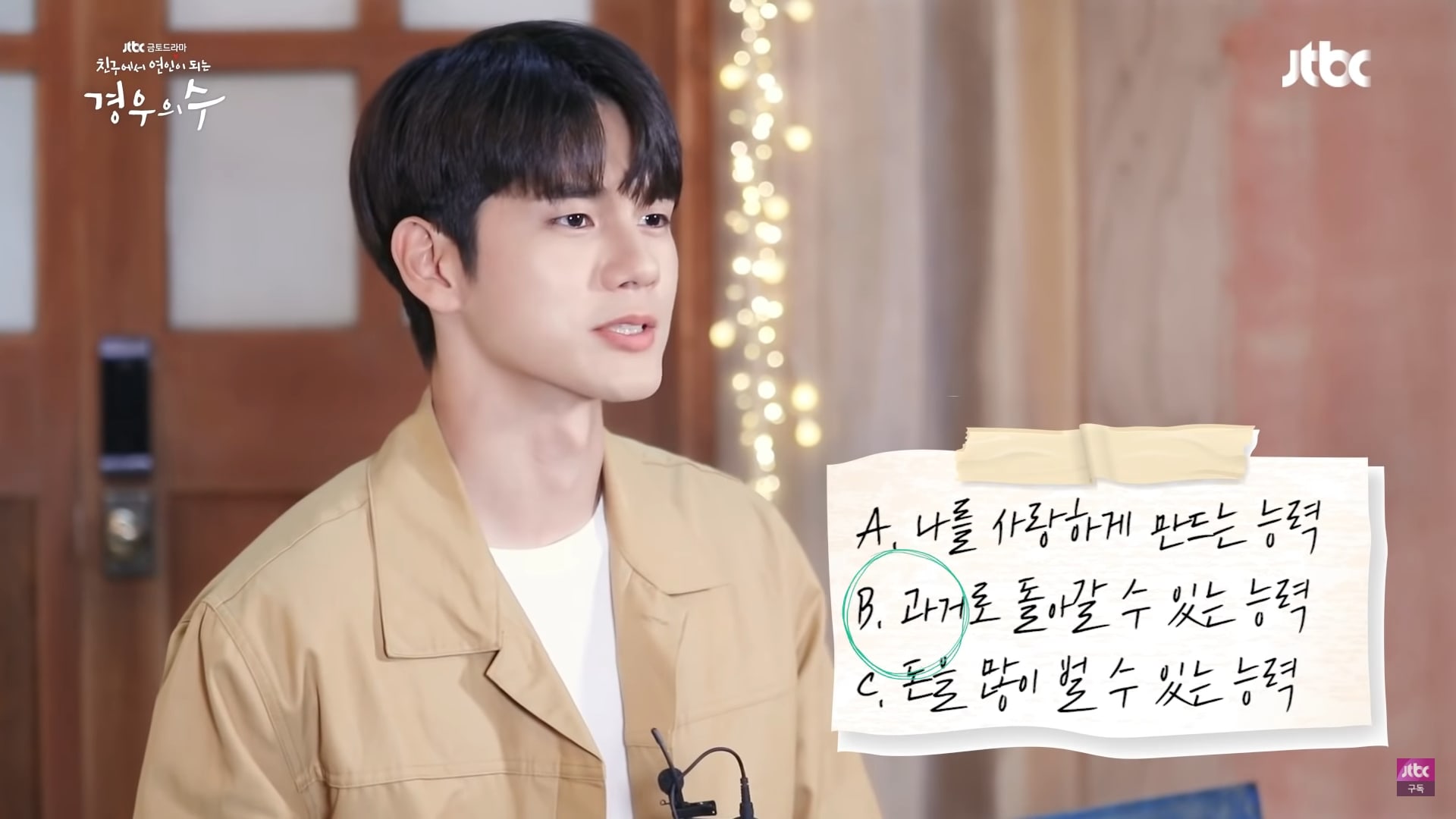 Next up, Shin Ye Eun introduced Kyung Woo Yeon as a deep character who harbored a one-sided crush on one man for 10 years. She said that she chose to star in the drama after seeing so many possibilities in the script, and also because she was drawn to the character of Kyung Woo Yeon.

When Shin Ye Eun was asked to select a special ability for Kyung Woo Yeon, she also chose the ability to return to the past, saying, “I think Woo Yeon’s life would change just a little bit if she went back to the past.” She explained that she wanted to adjust Kyung Woo Yeon’s emotions before she fell in love. 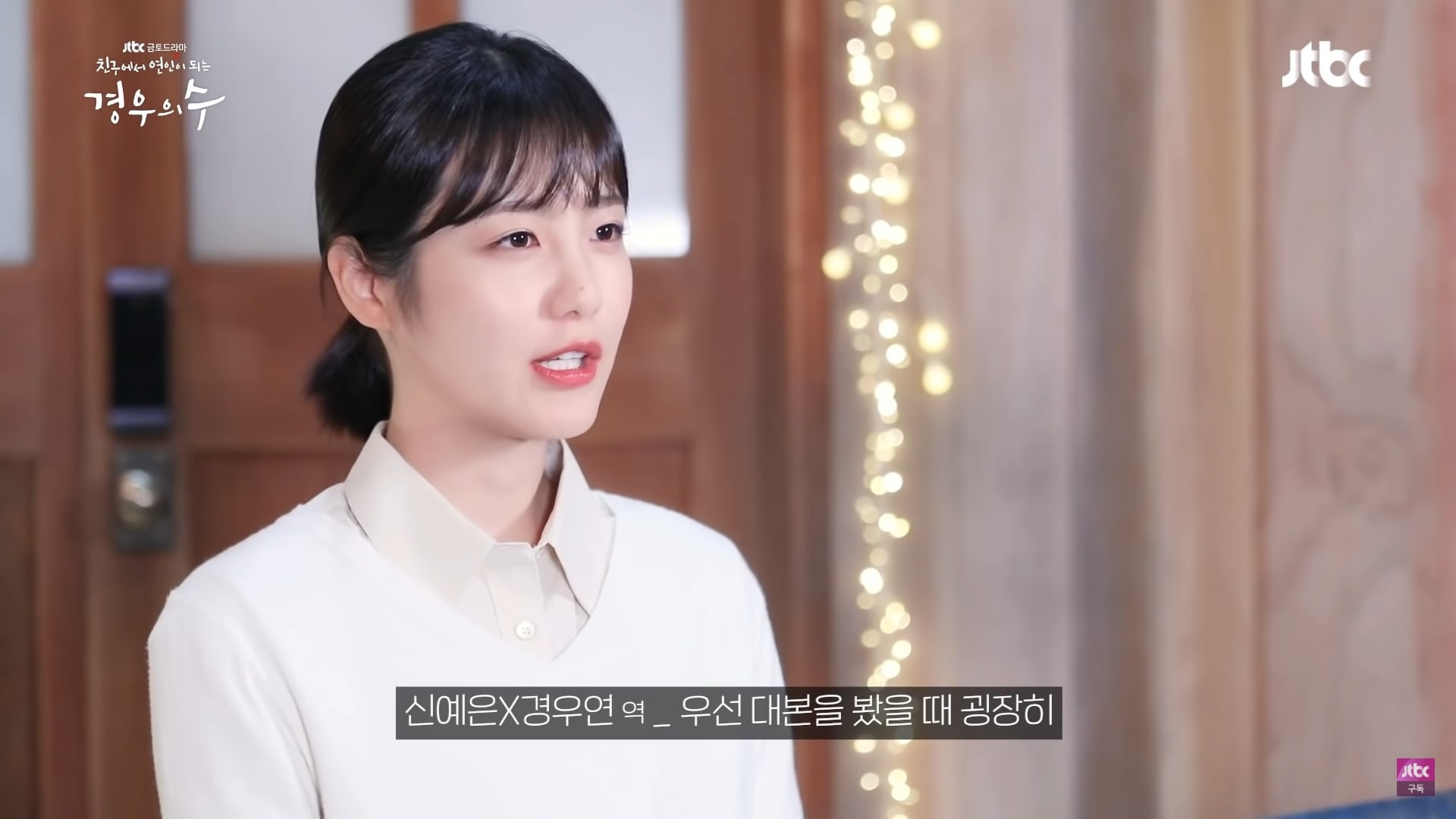 ZE:A’s Kim Dong Jun then introduced his character of On Jun Soo, describing him as a charming and attractive publisher. On why he chose to take on the role, Kim Dong Jun responded, “The script was really interesting. I was also curious about how I would be able to express On Jun Soo’s feelings of love in which he only has eyes for one woman.”

Unlike his fellow actors, Kim Dong Jun selected the ability to make someone love him as the ability most needed by his character. He said that since On Jun Soo comes from a good household and is a successful publisher, he doesn’t have a need for more money or a need to change the past. He continued, “I think what On Jun Soo thirsts for the most is love.” 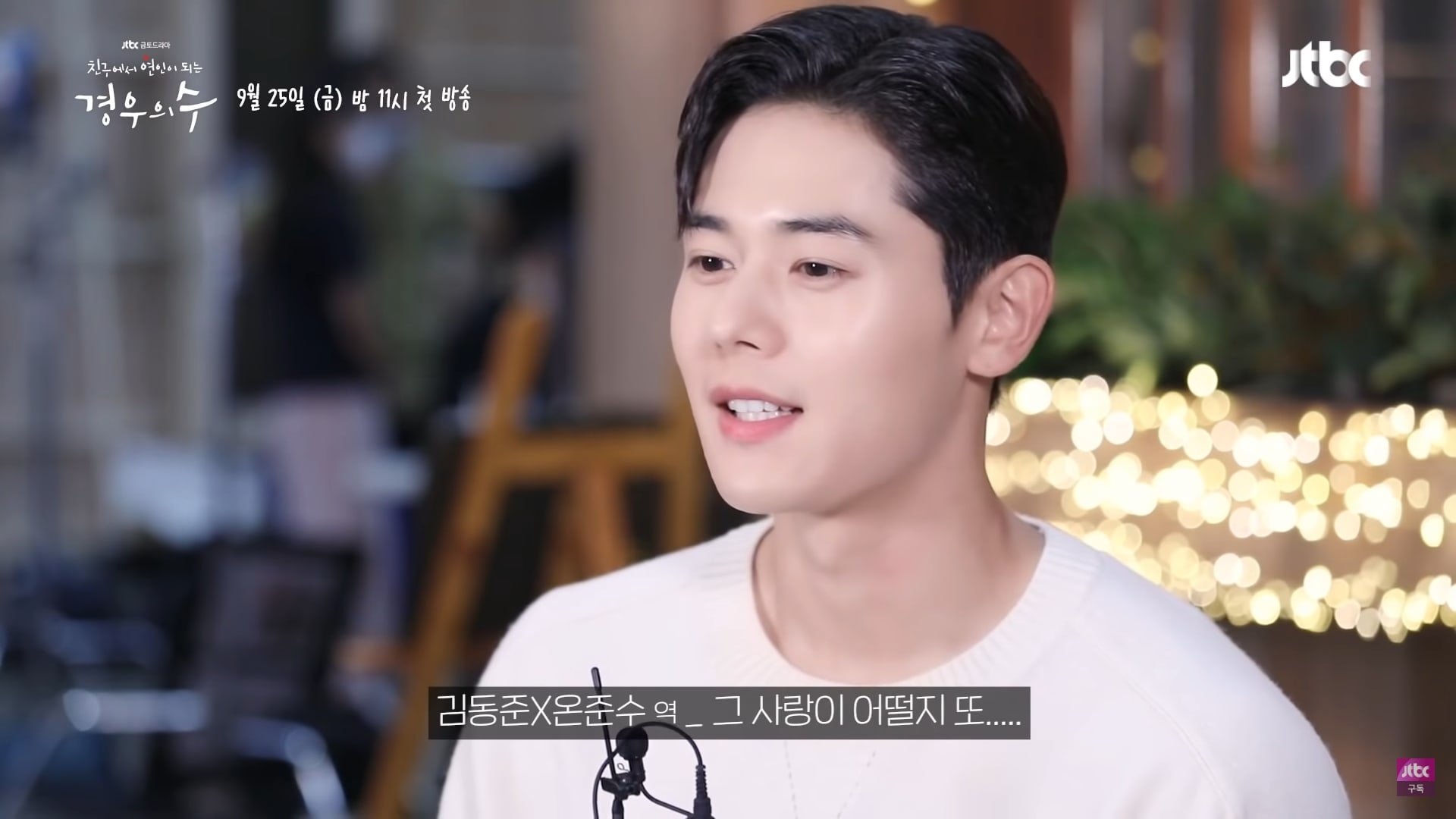 Watch the full interview below: