Announcing The Top 7 Of “I-LAND”: The New Group ENHYPEN

Mnet’s “I-LAND” has announced the members of its final boy group!

Mnet’s “I-LAND” is an “observation reality program” and the first project by BELIF+, which is a joint venture between CJ ENM and Big Hit Entertainment.

On September 18, the live finale of “I-LAND” featured the announcement that the new boy group formed through the show would be called ENHYPEN. The meaning of the name was described as, “Just like hyphens connect different words to make new meanings, members of ENHYPEN will connect, discover each other, and grow together.”

Nine contestants of the show had made it through to the finale, and only seven could take spots in ENHYPEN.

See who made the group below!

The first six were chosen by global viewers, with Sunoo making it as the producers’ choice. 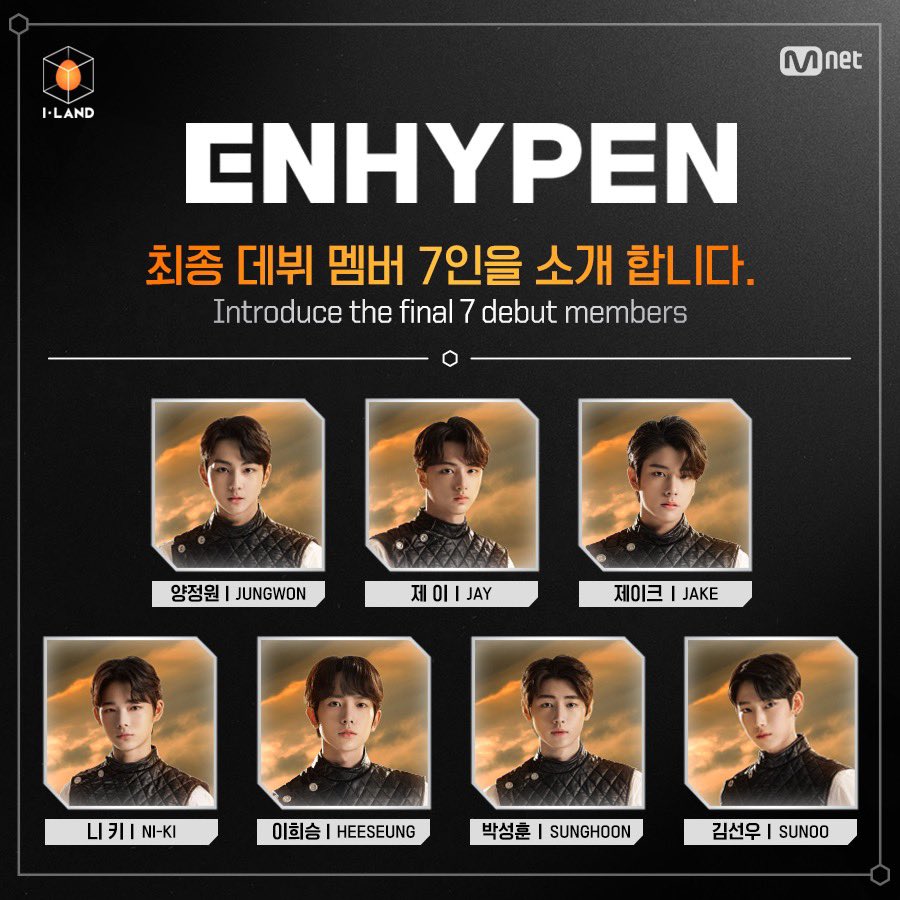 What do you think of the final results of “I-LAND”?

I-LAND
ENHYPEN
How does this article make you feel?