The YG Entertainment rookie group released their second single album “The First Step: Chapter Two” on September 18, which features the title track “I Love You.” They held a broadcast on V Live that day, with members Jihoon and Yoon Jae Hyuk as MCs.

The guys wore school uniforms in the broadcast, after Bang Ye Dam had said in a previous V Live that he wanted to wear them. He commented, “I wanted us all to wear the uniforms together. I thought the fans would want it too, how does it look?” 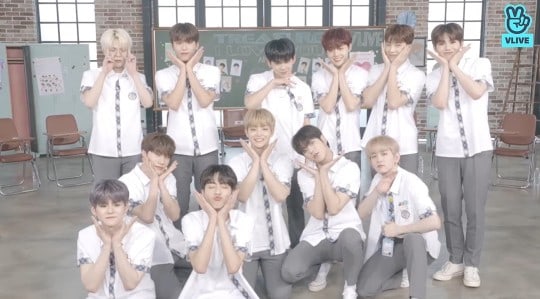 Choi Hyun Suk said, “‘BOY‘ could be described as being about the first moment of love, while with ‘I Love You’ we focused on exciting feelings through TREASURE’s more upgraded youthful and refreshing looks.”

The guys also watched the “I Love You” music video teaser and talked about it. Mashiho said, “We all went to the beach together. It was my first time in a while at the beach, so it was great! We were able to have fun while filming.”

Asahi said, “I filmed in a flower garden, and it was so beautiful and fun.” Choi Hyun Suk described how he’d learned basketball through their debut and with their comeback, he learned the drums. “I had to do it suddenly, so I quickly learned in two days. It was really fun,” he said. 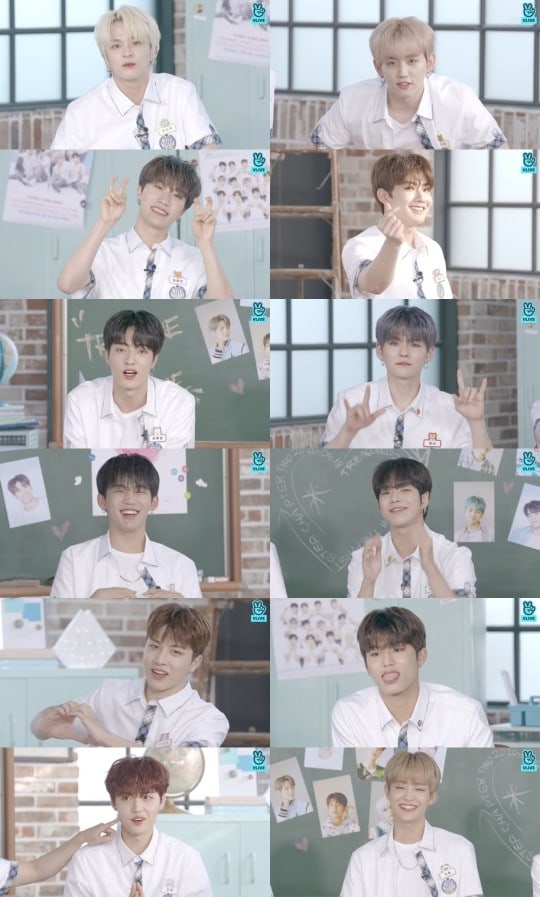 Yoon Jae Hyuk shared, “In the motorcycle scene, they blew wind at me from the front so it would look like I was going fast. My hair kept flying around so it was a bit of a shame, but it was fun.” Jihoon commented, “I was watching and it was so funny. The motorcycle was staying in the same spot but he was pretending like he was really riding it.”

Doyoung said that he’d enjoyed filming his scene where he was on a board and said, “Also, the scene where we danced on water was fun and looked cool.”

After a video from their MV filming, the members answered questions from fans. When a fan asked who sang the intro to the MV teaser, they revealed that it was Asahi, and he did a joking version of his part.

On the topic of their first reaction when they heard their song, Mashiho said, “When I first heard just the title ‘I Love You,’ I thought it wouldn’t be a strong track, but the dance was more powerful than I thought and the beat was also stronger.”