Previously on “Alice,” Yoon Tae Yi was threatened by Joo Hae Min (played by Yoon Joo Man), a mysterious serial killer suspected of being a time traveler. In addition, it was revealed that Yoon Tae Yi is the daughter of Dr. Jang Dong Sik (played by Jang Hyun Sung), who was killed in 1992 because he had the prophecy. Park Jin Gyeom realized that Yoon Tae Yi actually caught a glimpse of the prophecy and decided it was best they live together so that he could protect her.

In the new stills, the two characters arrive at Park Jin Gyeom’s old house. It was where he lived with his mother Park Sun Young (played by Kim Hee Sun) until she died in the very same place ten years ago. Park Jin Gyeom and Yoon Tae Yi pause in front of their temporary residence, and they gaze at each other with soft determination. 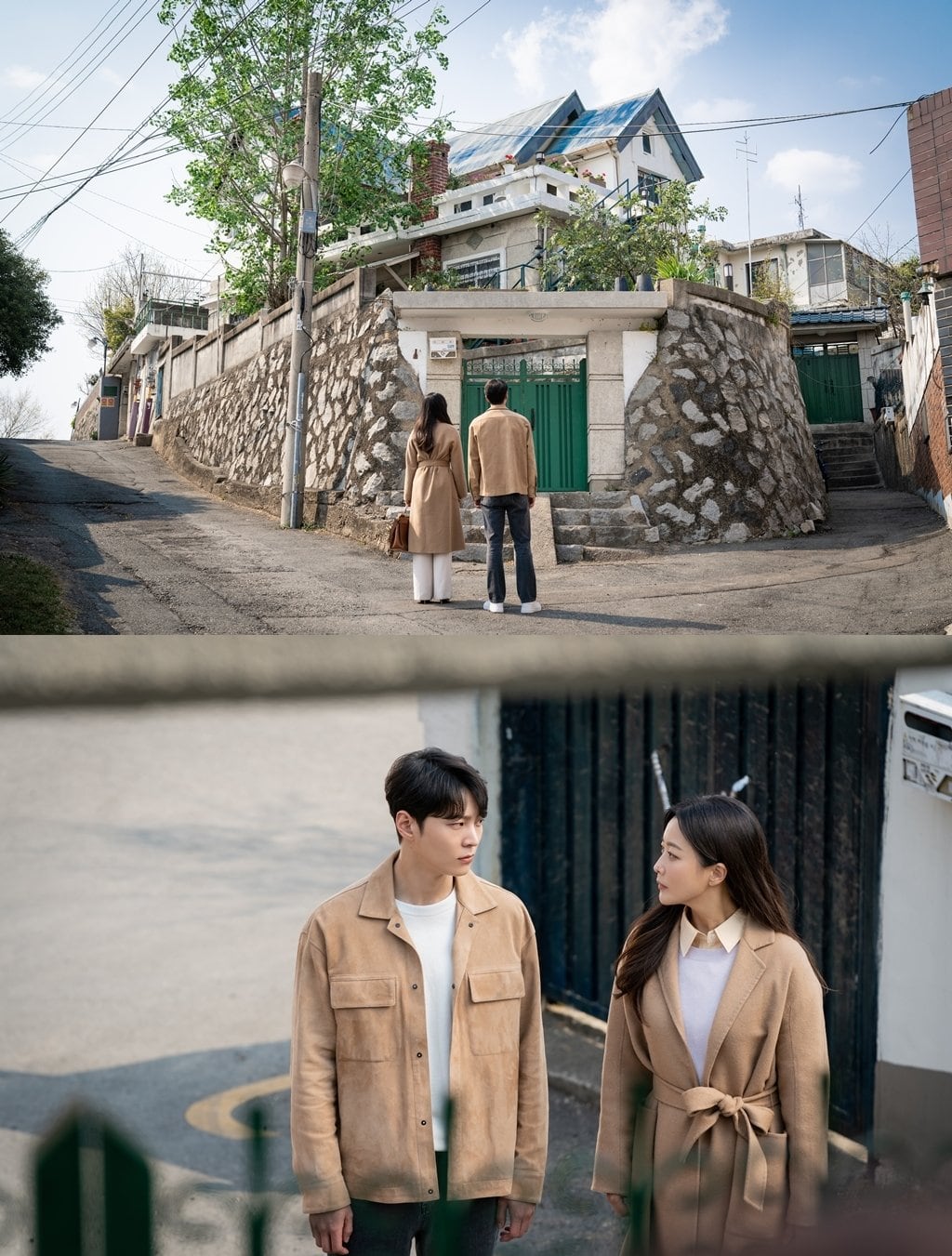 The production team commented, “Yoon Tae Yi and Park Jin Gyeom have been digging into the secrets of time travel despite many difficulties. The interesting circumstances will continue to develop as the two come to live together. Please look forward to the brilliant acting and chemistry of Kim Hee Sun and Joo Won.”