In the photos, Gong Seon Ji gazes at someone with determination as she swings her helmet back with full force. it seems like Kim Moo Young is her target because he is collapsed on the ground with a stunned look on his face. These stills suggest there was a fierce chase between the two. Although Gong Seon Ji has hit her target, she looks apologetic as she frantically checks up on him. 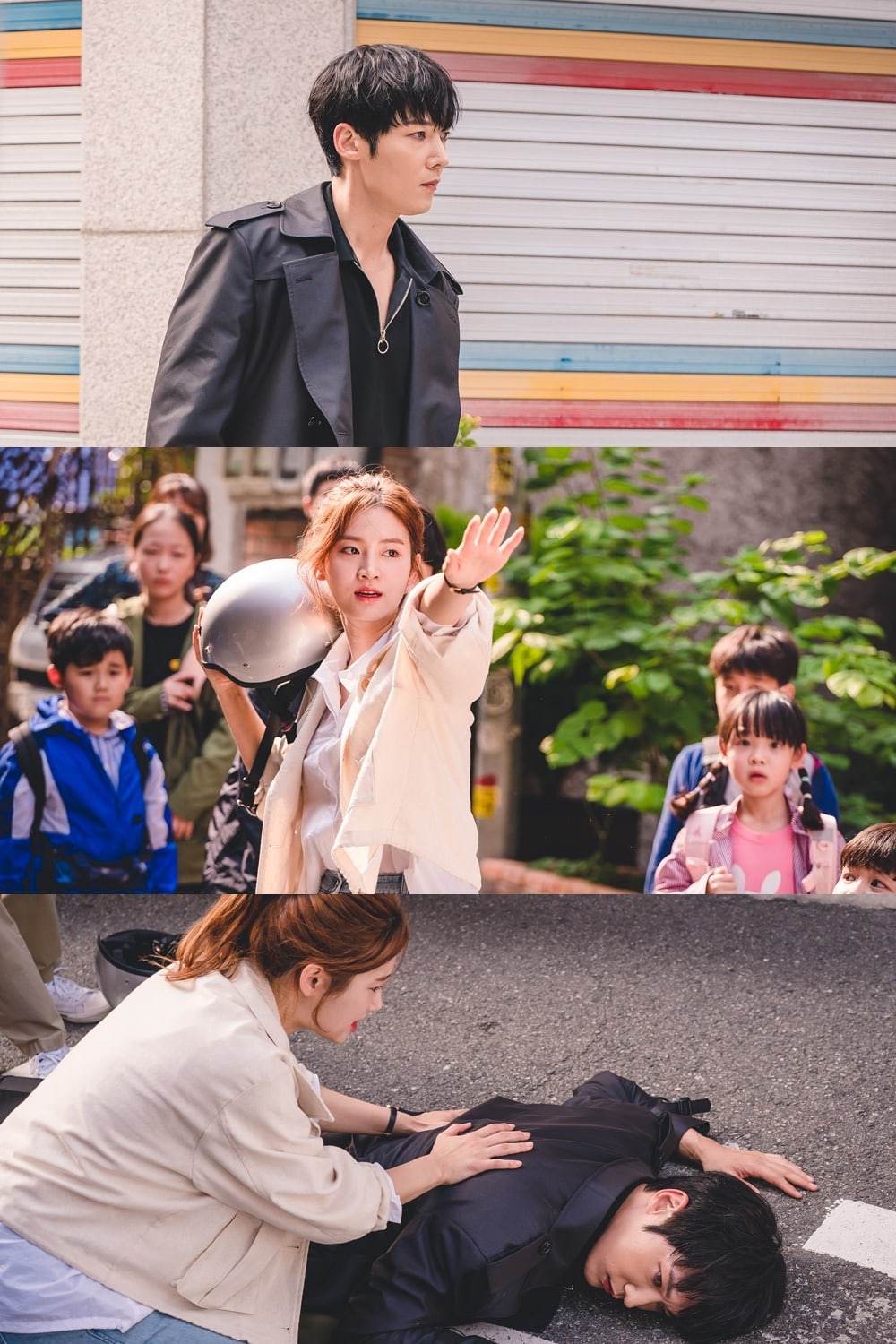 The production team shared, “It will be interesting to focus on the different zombie and human chemistry and the actors who are perfectly assimilated into their characters.”

“Zombie Detective” premieres on September 21 at 9:30 p.m. KST and will be available on Viki.